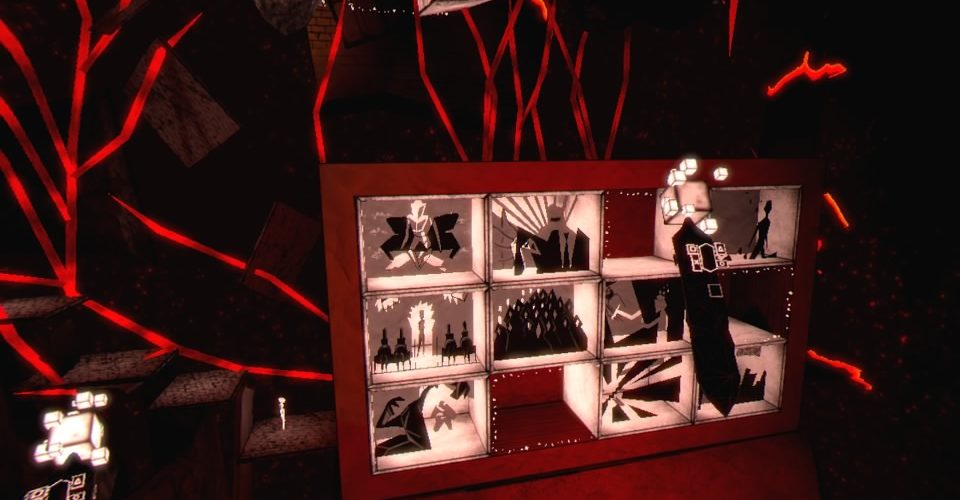 Anyone’s Diary is a PSVR title that comes to us from the interestingly named Spanish developers ‘World Domination Project’ and was first seen in unfinished form as part of the PlayStation Talents development programme.  That initiative was started to help indie developers get a finished game to the market and this is the fruit of that.  The game requires the headset of course but does give you a choice of using the DualShock or Move controllers.  Take it from us, you’ll want to go with the latter.

You play as a sad-looking nameless figure in a folded paper world.  Aesthetically it’s somewhere between Tearaway’s cutout designs, the indie misery-noir of Limbo and with a slight flavour of the forgettable PS4 launch title Contrast.  Your job is to navigate the figure (Anyone?  Yeah let’s go with that) from left to right through the game’s three levels. 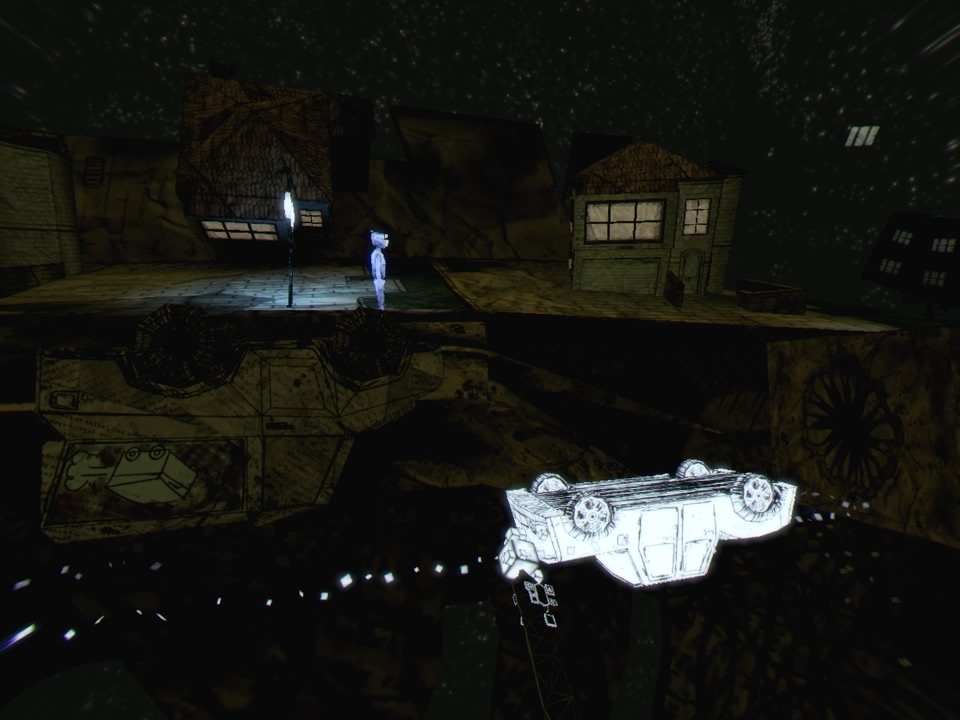 After some initial weirdness with the game’s menu which is a book with super-unintuitive controls , you’ll get into the main game.  From here the controls are very simple.   You can use your Move triggers to ‘grab’ the gameworld and then you can move it around, Minority Report-style, to get a better look at the action and Anyone is controlled using the four face buttons on either Move.  These have him walk or run in either direction.  The Move button in the middle makes him jump.   This all becomes second nature pretty quickly and, for the most part, works really well.  There are no moving hazards in the game, so even if you struggle with the controls for some reason there’s no need to rush through your moves.

The grabbing mechanic is also used to manually move platforms or turn cranks to create new paths ahead or solve basic sliding puzzles.  Being able to use either hand to do everything really makes a difference too and helps the controls feel very fluid.  I often found myself naturally switching hands on a task just so that I could pull the world towards the camera to get a better look at things. 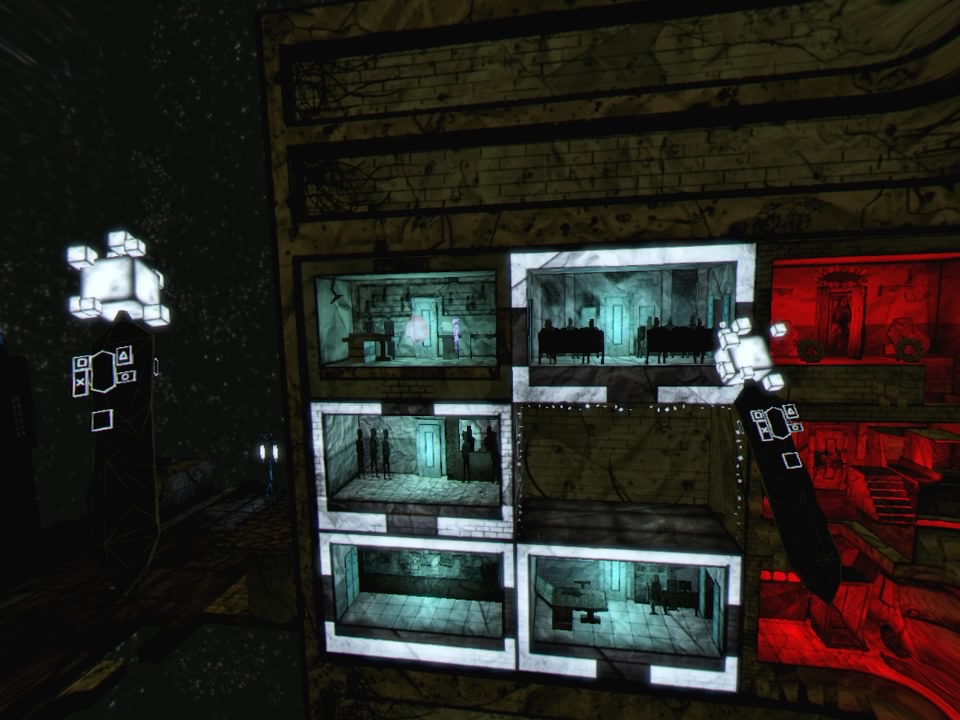 The puzzles themselves are a mixed bag.  Some of them are so basic that it really just feels like the developers have created an interactive pop-up book for you to look at while other puzzles take a little more brain power.  Our first playthrough was done in less than an hour and the only sticking points were one sliding puzzle that took a little longer to solve than it should have and a platforming section that relied on me turning a crank that kept becoming inactive, making the section impossible to beat without jumping to my death to reset the sequence.

That wasn’t the only bug unfortunately.  I got stuck in scenery and, on one occasion, the world failed to load in and I had a black screen there until I restarted the application.  With a game this short there’s no excuse for that kind of shoddiness and indeed it really stood out.  The game’s extremely short length also surprised me.   I genuinely had no idea I had beaten the game and assumed I was back in some sort of hub area but it turned out it was the start menu and I had beaten the game.  Indeed the ending was just a two word message. 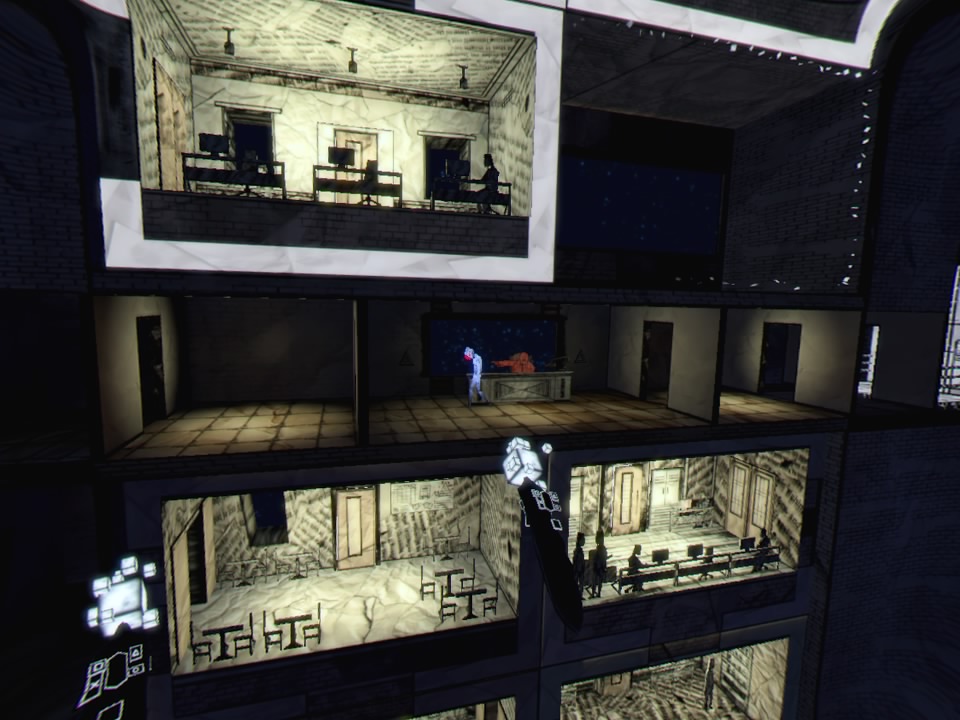 On the one hand I very much appreciate the fact that Anyone’s Diary doesn’t resort to overly long and convoluted puzzles.  In an odd way I was mostly reminded of the PSVR title Neonwall which has a similar style of gameplay where you manipulate the level rather than your avatar and that game’s downfall was the way that as it got more and more complicated, it also became less fun to play.  Anyone’s Diary avoids that trap by simply ending just as it’s getting going and that feels like a cop out.

In the end the game feels more like a nice VR demo waiting for a full game to be created around it.  It certainly looks nice and has a nice VR feel to it, despite really being played on a 2D plane , but it’s a little too vague about what story it is trying to tell you.  There are hints at depression and battling your demons but nothing is explicitly told to you and so the setting becomes really hard to connect to.  Why are you in a paper world, moving paper cars around?  Why does the game go a bit red later on?  If they told tell us then we don’t really care and that leaves us feeling all a little disengaged from what’s going on.

Ultimately, this is a game that leaves us feeling conflicted.  The controls and, to some degree, the visuals are enjoyable but this gameplay and concept deserves a better, more substantial game.  We like short games, especially on PSVR where it can be uncomfortable to stay in the headset for too long, but this is really a twenty minute game with a couple of minor hurdles that may extend your stay a little.  Anyone’s Diary is impressive but it’s just not particularly good.