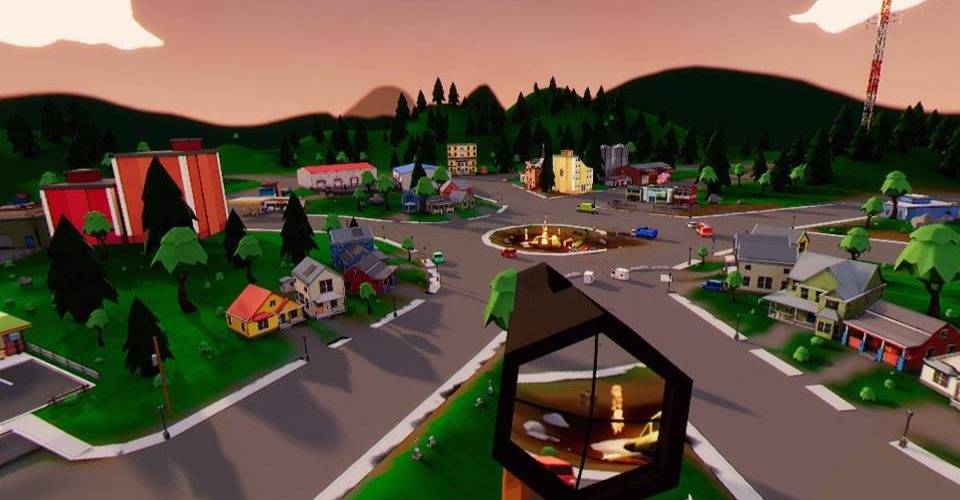 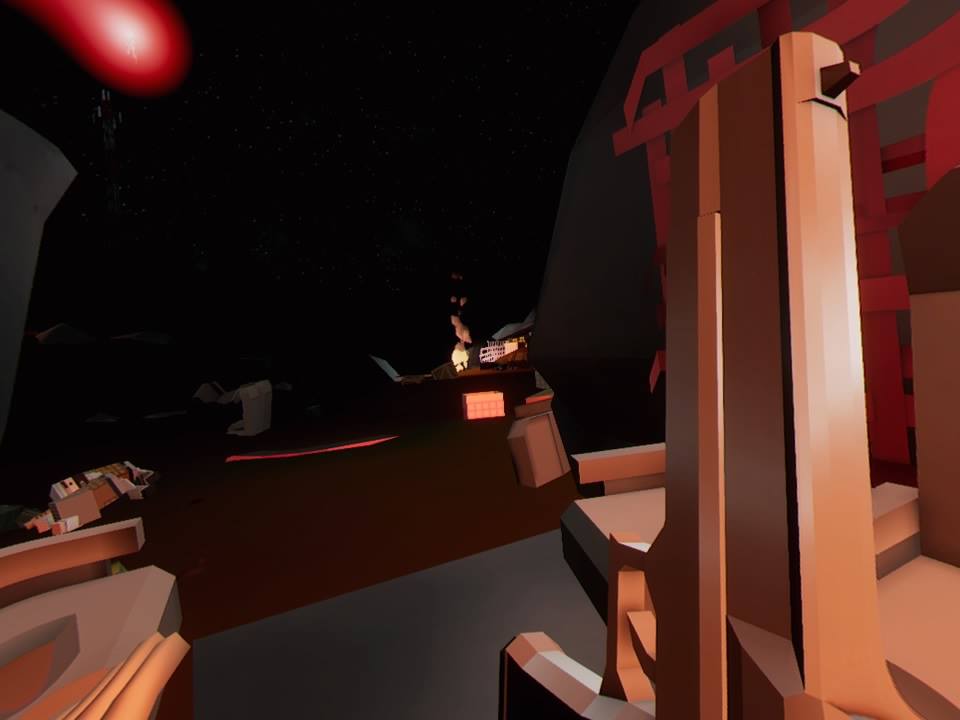 Out of ammo is a veteran VR experience at this point. Originally released in September 2016 for the PC VR platforms, it has sat on Steam as one of the premier first experiences for headset owners to get a grip with. The game is a novel mix between RTS and FPS views as you are tasked with protecting a main command point on a map filled with enemies that are trying to destroy it.

Both viewpoints work well, albeit rudimentary as the gameplay for both aspects is simple to understand and easy to manipulate. The RTS view gives you a bird’s eye look on the battlefield. From here you can pick up delivered supply drops such as guard towers and embankments and pop them down on the map in strategic positions. From here, you can then assign troops to defend your command point from a selection of riflemen, snipers and RPG toting infantry.

Once you have defences in place, rather than like most RTS’s where you would simply survey the carnage unfolding beneath you, instead you can get down and dirty by possessing each soldier at their station and help defend the oncoming enemy onslaught. Each class of course has their own load-outs to work with, riflemen have assault weaponry and grenades, Snipers have bolt action sniper rifles with functioning scopes and of course the RPG soldiers have powerful missiles that are better placed for crowd control and enemy vehicles that cross your path. You can possess each soldier until they run out of ammo, with you only able to take charge again when a cooldown has ticked over. 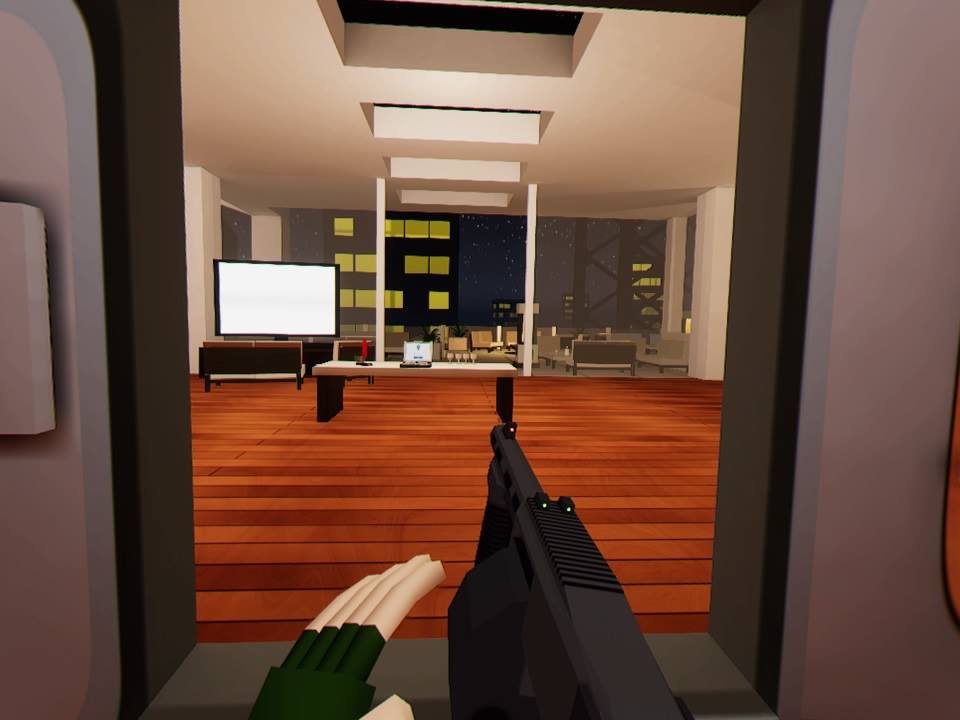 With the above in mind, each stage is about survival. The game only finishes when you do so there is no means of progression in the traditional sense. Instead your goal is to try and beat your survival times and get to higher waves before kicking the bucket. As a gameplay loop that is surprisingly satisfying as when you hit the later waves the action considerably ramps up with the amount happening on screen. Hopping between soldiers is a blast and easily the highlight of the game as nothing beats being able to take out a troublesome sniper on the hillside that has been witling down your defences or chucking a grenade at a tank in a last stand. The weapon handling is also semi realistic, relying on you to reload weapons by pulling back bolts, reaching to your hip for a magazine or bullet, loading it and then pulling back the hammer, which especially gets intense when you are in a hectic combat situation.

Graphically, Out of Ammo is very basic. The world and its characters are quite lo-fi, being constructed of simple blocks and voxels. While this doesn’t make for the prettiest PSVR experience, it does help keep the frame rate high and the gameplay functional. My only real qualm with this is that sometimes enemies can be quite difficult to see in a ruckus.

If you experience issues with camera placement related issues regarding Move motion controllers then you may want to consider your setup further as Out of Ammo requires a bit more precision than your typical PSVR game. There were many times that I was unable to pick up a new guard tower or grenade because I had to reach down further than my sofa would allow. This could be helped by switching viewpoints by the ninety degree increments that a button press can allow, but it is hardly ideal, especially when in the later wave pinch. 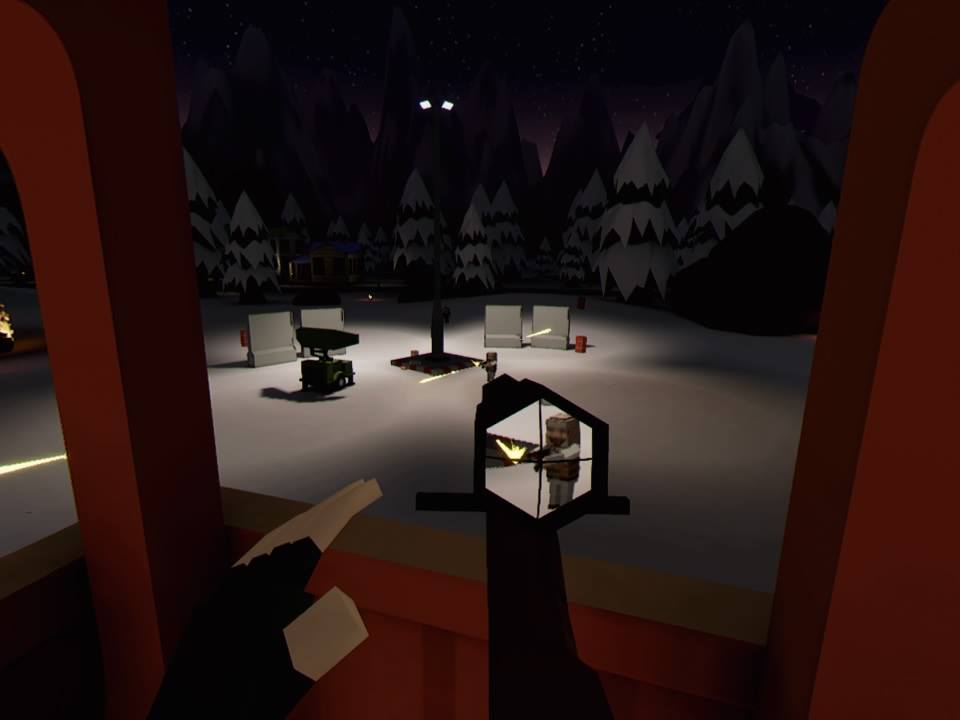 In addition to the survival mode that makes up the main game, there are three side missions that you can try. Each focused on a different soldier and each plays out a new scenario that ranges from fun to frustrating. Overwatch sees you control a sniper as he must defend a regiment of soldiers who are awaiting extraction in the middle of a city. Icarus has you defending yourself with just a pistol as you wait for extraction after your plane crashes and soldiers bear down on you and lastly there is Vertigo, in which you must try hacking a laptop and each failed attempt results in an onslaught of hostiles that you must dispatch via means of combat shotgun. Each mode is quite fun to play, however the last two are marred by awkward teleportation movement which can be annoyingly fiddly, especially when you want to position yourself in front of an ammo pickup or the laptop itself.

These bitesize modes make for a fun challenge amongst the main survival gameplay of Out of Ammo.  Overall, this makes the game a fun and varied package which fits perfectly on the PSVR platform. Just make sure that your camera setup is well placed, otherwise tracking will ruin the experience somewhat.

Summary
Out of Ammo is a great example of how to mix RTS and FPS gameplay into a viable package. It may be showing its early VR age now, but the gameplay is still as simple and fun as ever.

One thought on “Out of Ammo – PSVR Review”