Japan can be pretty odd.  Some of the strangest games we’ve played have come from there and yet they still have a way of surprising us.  However, Yurukill does it in an entirely different way.  Instead of being just inherently weird, the developers, IzanagiGames, have squished together two genres that on paper do not go together at all and, dropping the customary ‘we’ pronoun that ‘we’ like to use when reviewing, this combination is one that really tests me as a gamer.

Yurukill is a mixture of my favourite genre (good old fashioned shoot ’em ups) and my absolute least favourite (visual novels).  What that says about me is that I like a lot of immediate fun and action and that I don’t want to be reading countless lines full of some plot nonsense.  And especially weird Japanese plot nonsense with all of its creepy sexual undertones and bafflingly weird crying and screeching. 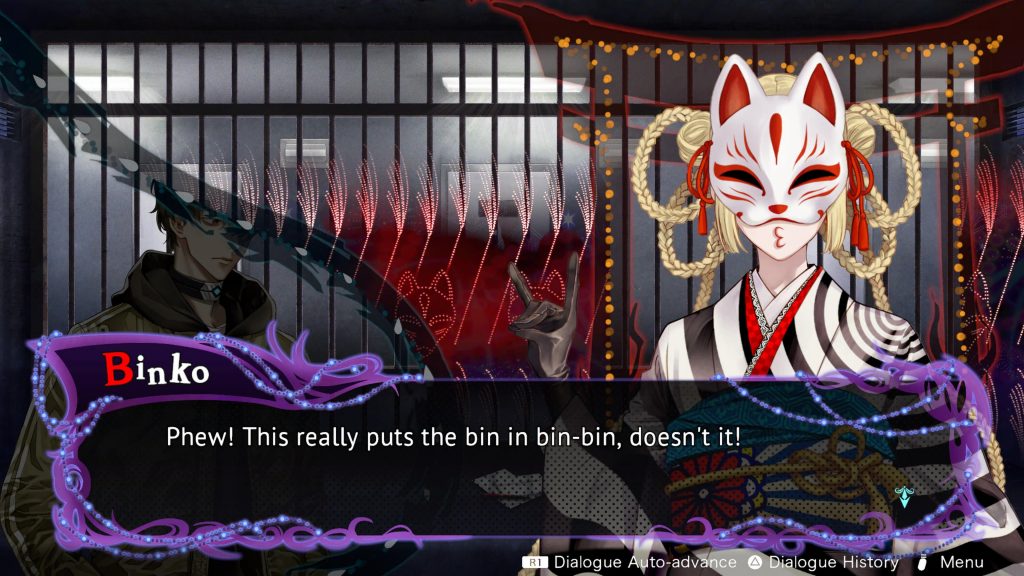 The game itself follows the fortunes of people put into pairs or teams by the mysterious Yurukill Corporation.  Essentially split into the roles of ‘prisoners’ and ‘executioners’ these groups are faced with puzzles, quite a lot of exposition and a quest to find out the truth about the circumstances that have led them to Yurukill Land, a creepy theme park designed to drag the truth out of the people dragged there.

These parts of the game take a while to get through and see you playing as the prisoner in the situation.  The first story has you playing as a man who has been put in prison for 999 years on an arson-murder charge that he has denied since day one.  As him you have to work your way through various rooms, all laid out the same way as the building he’s accused of burning down.  With him is the executioner who has a phone-style device that has a button that will kill the prisoner whenever she wants.  It soon becomes apparent that her family was killed in the original incident and she wants revenge. 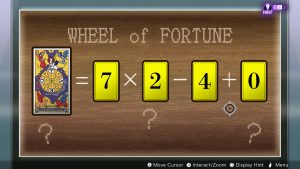 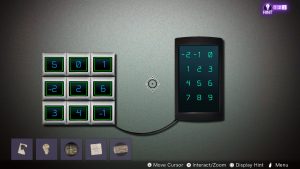 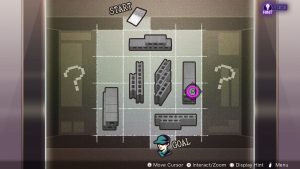 From here you have to solve puzzles and piece together the evidence that proves it wasn’t you who committed the crime.  Of course, the fact that a creepy corporation has been able to recreate the whole thing suggests that you clearly are being stitched up but anyway.  After a LOT of dialogue and frustration with the executioner, the gameplay then switches up.  You get asked a series of questions about the case (to make sure you’ve been reading and not skipping everything) and correct answers then give you lives with which to play through the shoot ’em portion of that chapter.

Here you’ll shoot through a number of smaller enemies in a classic vertically-scrolling shoot ’em up style before facing off against a larger boss ship, piloted by your accuser.  Here you have to destroy their various forms in order to lower their mental guard so that you can then persuade them that you are innocent.  Succeed and you’ll move onto the next chapter and the next pairing of prisoner/s and executioner. 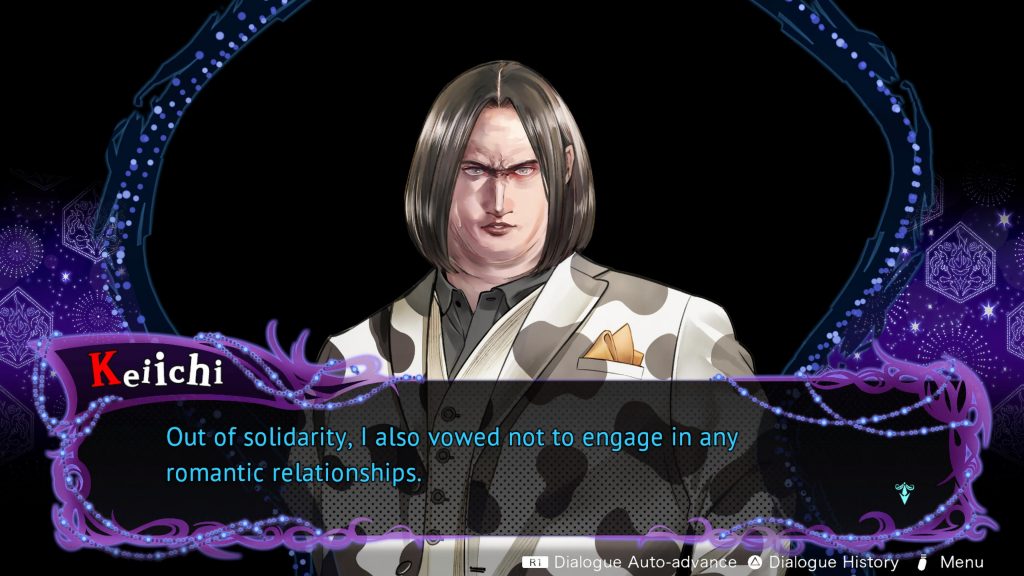 It takes a while to get through a chapter.  The dialogue really slows things down as does the clunky point-and-click interface used for working through the puzzles.  The puzzles are reasonably straightforward and there are hints in case you get stuck.  It can get a little bit obscure at times but we found the answers were usually there if you were thorough enough.  I’m not an anime guy though so having to sit through one character going ‘wu-wu-wu-wu-wu’ (apparently that’s how you write crying in Japanese games) or listening to woman squeal like toddlers or men do that dumb ‘…. huuuuhhhhh?’ thing did get tiresome.

But here’s the weird thing about Yurukill.  Once you get past the whole ‘visual novel’ thing, the stories are actually quite engaging.  There’s a bit of a Squid Game feel to the overall set up and the stories do keep you guessing for a while.  Even during the shooting bits, you do get the sense that you’re trying to persuade the other person and that’s really quite unusual.  We’d have preferred less of it, the stories could have been trimmed for sure, but overall we probably enjoyed this part of the game more than the shoot ’em up part. 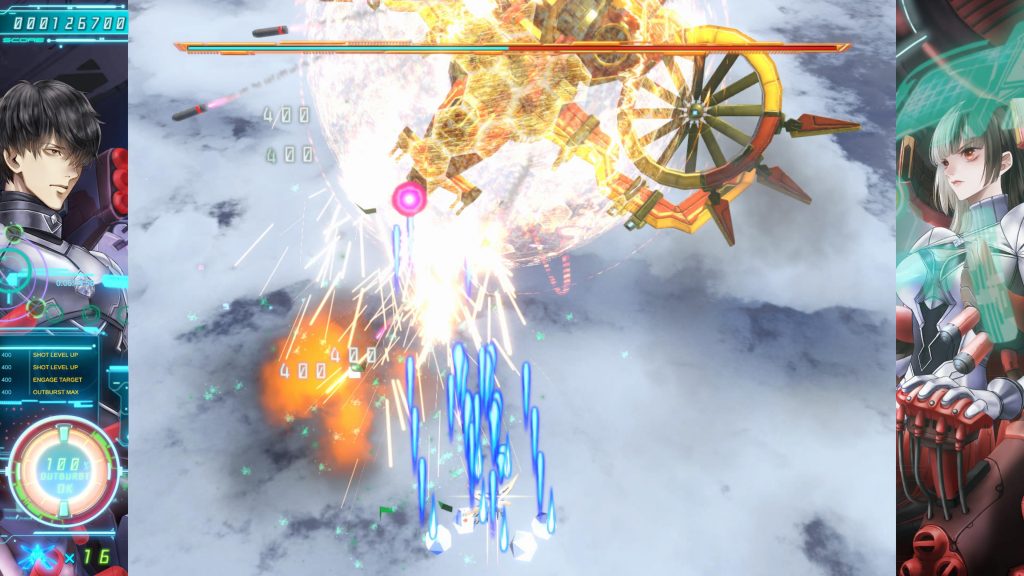 Not that the shooting bits are bad.  The bits leading up to the bosses are a little bit bland and the boss battles go on a bit too long but these sections are competent.  It’s maybe that they’re just not all that exciting as these sections all feel kind of samey and you don’t get fun weapons to experiment with.  Each character has a different ship to use though, which does change things a little tactically.

You’re given a lot of lives with which to get through them too so the sense of peril isn’t as high there as it is when you’re being forced to give answers or present evidence in the other parts of the game.  It’s all playable enough for sure though but if this was just a shoot ’em up, it’d be very much in the middle of the pile.

Also, compared to the visual novel sections, which are colourful and vibrant, the shoot ’em up parts of the game a little bland.  They’ve got that nice 2.5D thing going on where the action is on a flat plane but the backgrounds are 3D but the colours are quite muted. 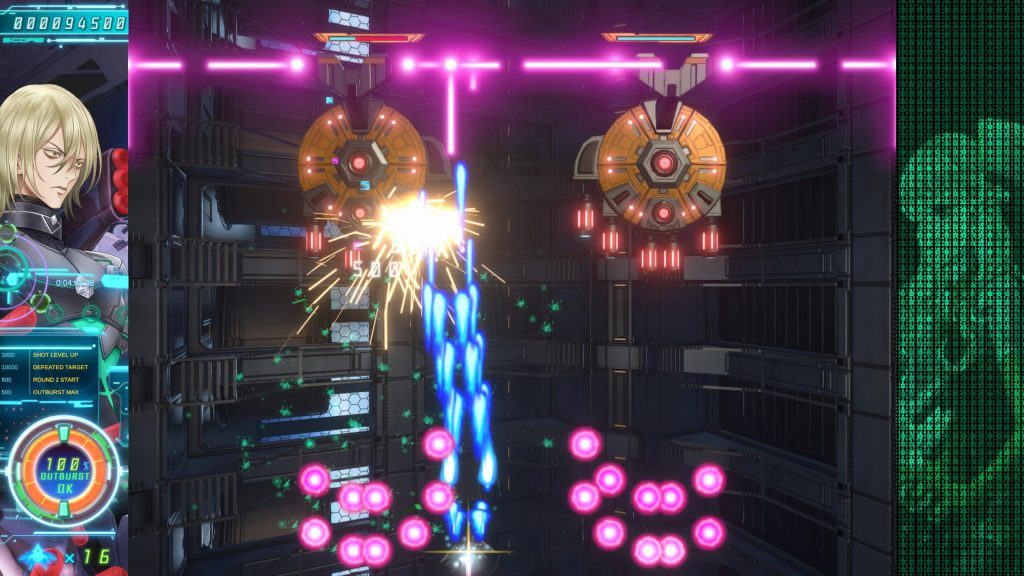 The main knock on the game though is that the puzzles are really easy here with a generous hint system if you can’t figure them out yourself.  Essentially, all you need to do is just click on everything in a room, listen to a bit of a nonsense and then solve the question or task at the end.  But for us it wasn’t really about the challenge, or lack of.  Yurukill’s stories and characters are what made it entertaining for us.  Even the super annoying pop star character ended up having a different side to her character that made her more interesting.   And while it may all feel a bit disjointed, having the shoot ’em up aspects there really did break things up nicely.

While the two genres are an odd fit, the idea of using shoot ’em up gameplay to break down and influence your executioner’s prejudices and opinions works well and you can’t help admire the strangeness of it all.  You’ve not played a game quite like this before and there’s value in that.  And while I’m about to fire up Danganronpa or whatever, this reviewer might just be a bit more open-minded about visual novels in the future.

Yurukill
7 Overall
Pros
+ Interesting characters and scenarios
+ The two genres work surprisingly well together
+ Well-presented visual novel sections
+ Shoot 'em up parts are playable and reasonably enjoyable
Cons
- Shoot 'em up sections can be a bit drab and repetitive
- Visual novel sections are a bit too easy
- The dialogue does drag on a lot
- Full of annoying anime tropes
Summary
This bizarre mix of point and click, visual novel mystery solving and old-school shoot 'em up blasting really shouldn't work but it does thanks to some clever and engaging writing. It might not be the best visual novel on the market and the shoot 'em up aspects are fairly average but together it all comes together into one memorable package.