From Brazilian based Pulsatrix Studios comes Fobia – St. Dinfna Hotel. Heavily influenced by Resident Evil, this is a first person survival horror game with a larger emphasis on puzzles than combat. 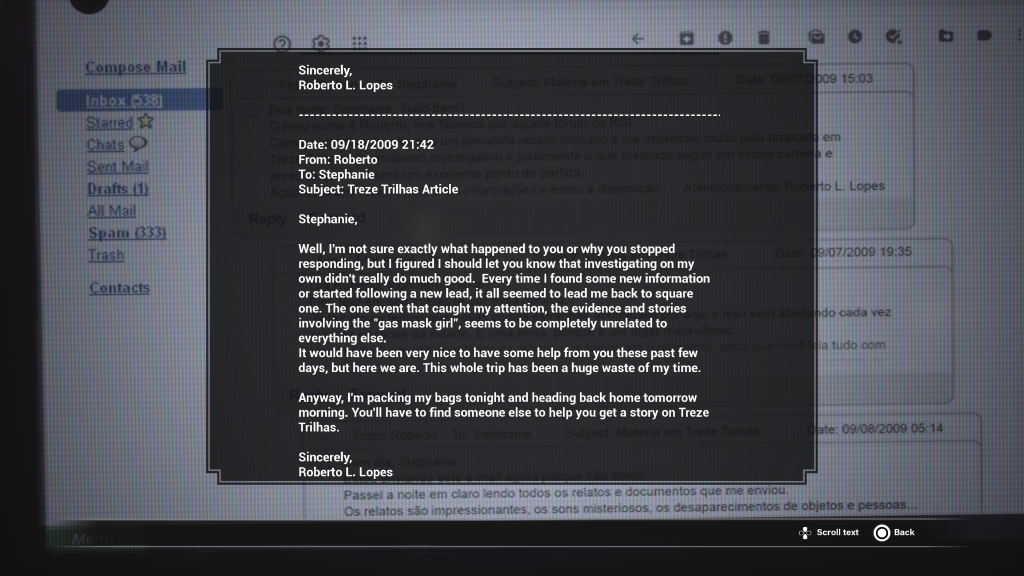 You play as Roberto, an up and coming journalist who has heard about strange goings on in Treze Trilhas, specifically the St. Dinfna Hotel. After a week it looks like it’s a dead end story but then things kick off, with him being locked in his room and a portal briefly appearing in his en suite. That’s when the game proper starts as you need to find a way out of your room, using environmental clues to open locks and collect items that will help you solve puzzles in other areas.

The first and biggest section of the game is set exclusively in the hotel and you’ll spend a long time exploring and back tracking. You’ll see doors locked by chains that you’ll have to come back to once you’ve found something to remove them, the elevator door is jammed on certain floors and enemies block the way before you’ve found a weapon. There is combat through guns in this and there are ultimately four weapons to find but I wouldn’t call this a combat heavy game. There are only a couple of regular enemy types but there are three boss fights. 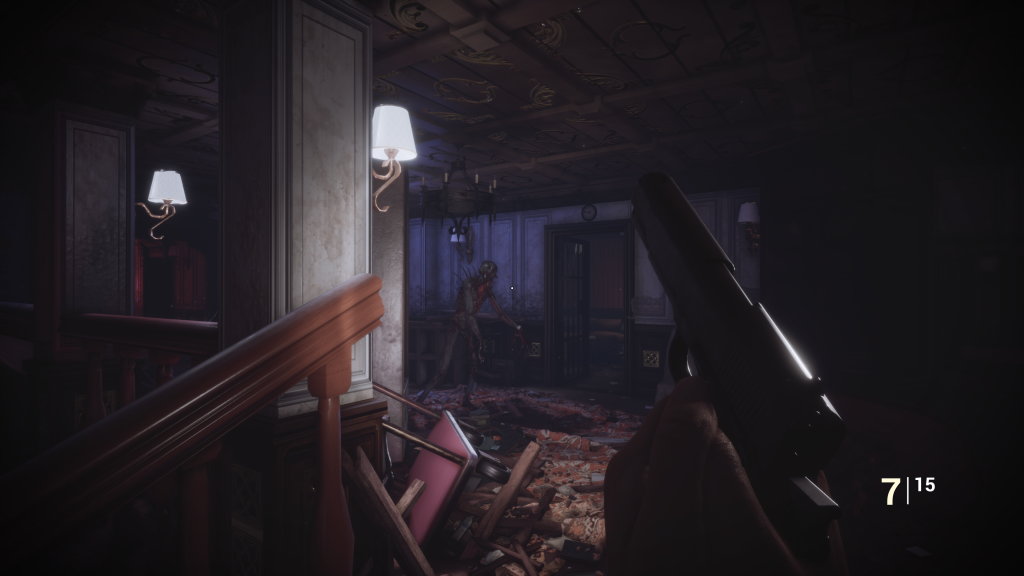 You’ll primarily be exploring and solving puzzles. Early on you find a camera which adds an extra twist to things as when you look through the view finder you’ll often see another time/dimension that you can also interact with. This can just provide clues to puzzles in the real world or you can even find items or solve puzzles in this other dimension too. Not everything changes as you look through it, only set things so it’s not like there are two completely different worlds to explore, but you’ll want to be checking the camera quite regularly.

Generally there will be a visual clue that you need to use the camera in a set place for progress blocking puzzles but there are a lot of optional puzzles lying around as well. It can be difficult keeping track of everything you’ve seen as there is no in game map which gets marked as you find locked doors or safes which meant I did spend a lot of time looking for things that I’d already found previously. That will only concern completionists as these are optional and will generally reward you with ammo or upgrade points which you can use to enhance your weapons but I would say this is exactly the type of player Fobia will appeal to. 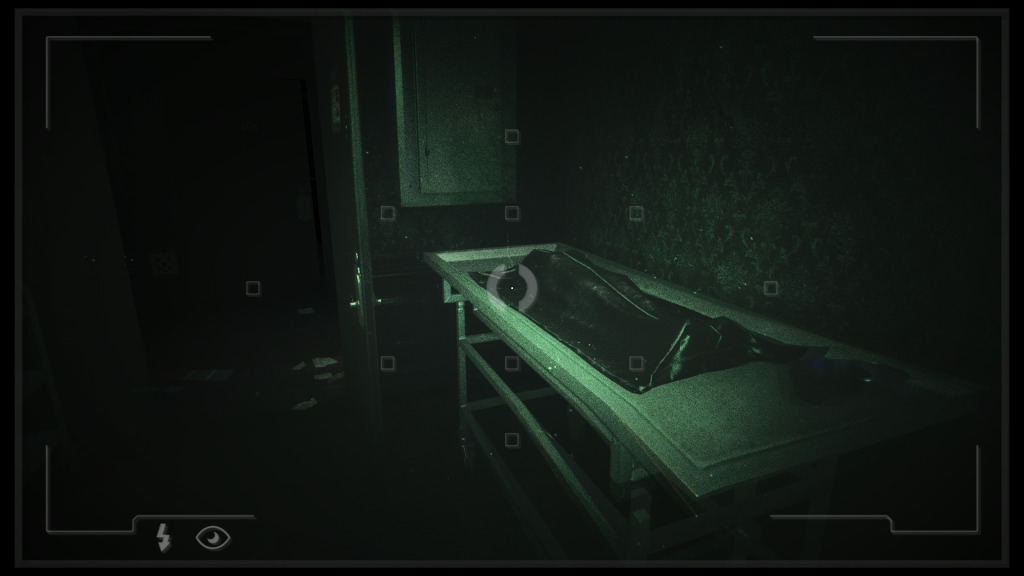 Yes, there’s combat but it’s not the focus and it’s not as strong as the Resident Evil titles. Yes it’s a survival horror game but it’s not that scary either, it doesn’t even resort to cheap jump scares generally which is nice. The story is interesting but ultimately, purposefully, confusing. If you’re a fan of the exploration and puzzles element of these types of games then that’s where Fobia – St. Dinfna Hotel’s strength lies.

It has a lower budget, obviously, than Capcom’s games but it does look really nice. Enemies can move about in a glitchy way at times and I found the odd bit of intersecting geometry or weaker texture but 99% of the time the game looks good with great lighting. There is a ray tracing mode but the hit to performance is just way too much to recommend, especially as it’s hard to tell what actually changes. Without it on it runs very smoothly and you can adjust the field of view which is welcome. 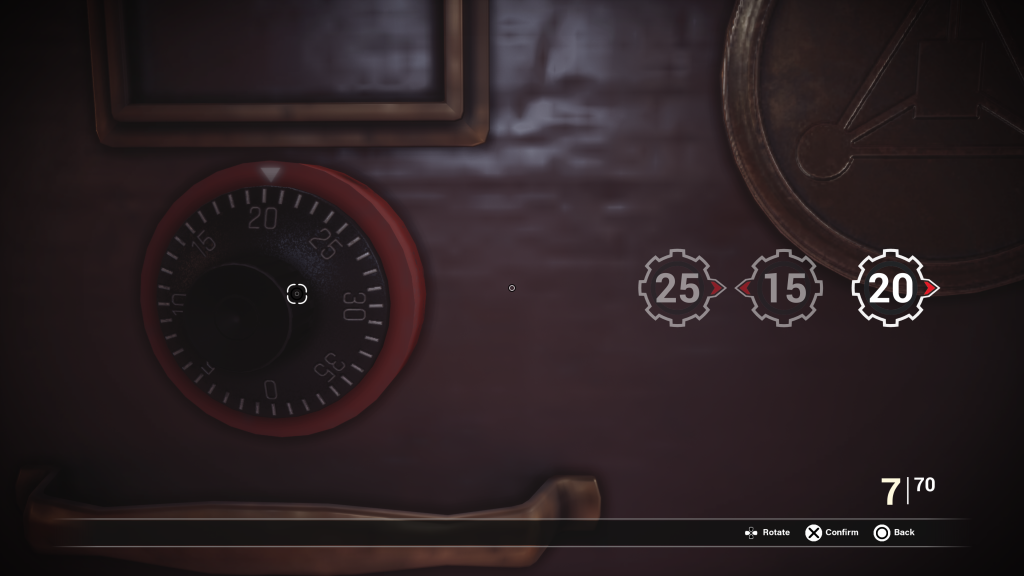 Voice acting is okay. Not amazing or anything but not bad enough to take you out of the moment at all either. Roberto will often just mutter to himself but there are cutscenes as well. I’d like to able to skip them if you die or on repeated playthroughs as they can go on for a while as you come towards the end of the game. There are no checkpoints so you just return to your last manual save (at special clocks) if you do die, but the game isn’t that hard.

I did have one glitch towards the end where I couldn’t open my inventory which probably would have made the game impossible to complete, so I had to reload my save. If your last save was a while back that could have been an issue. I also had a problem interacting with things sometimes. As you look at things the reticule will change to show you can interact with the thing you’re pointing at and it can be inconsistent and a little finicky. 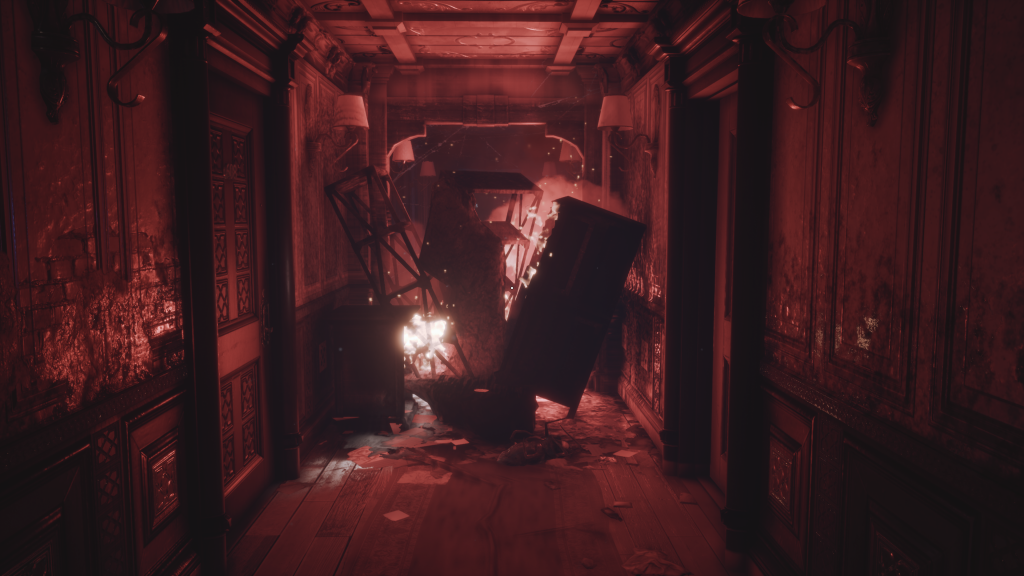 The difference between opening a drawer and picking up an object from a drawer is minimal for instance, plus I didn’t realise there were Resident Evil style chests to store your items in for a long time as the reticule doesn’t react to them and it was only when I was literally stuck with a full inventory and unable to pick up a key item that I made that breakthrough. I also missed some puzzles for a while due to a similar issue.

I did massively enjoy my time with the game however. I’ve seen quotes for eight hours to complete but it took me over ten first time through (I thoroughly explored that hotel!). You unlock a New Game+ mode upon completion and you keep the upgrade points you found first time through which, along with multiple endings, encourages more playthroughs. As the combat isn’t as strong as its inspiration it’s maybe not quite as fun to run through over and over but there are all those optional puzzles and items to do if you missed them first time through. 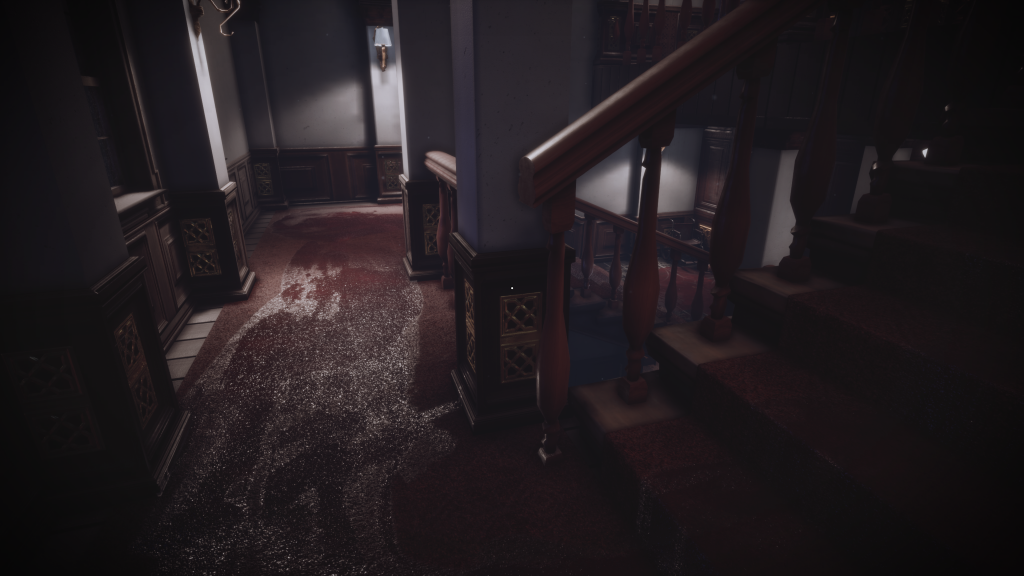 Fobia – St. Dinfna Hotel is a really good survival horror title. Yes there is combat but it’s in the exploration and puzzle solving that the game really shines. These puzzles take a little brain power and you need to be observant to get all the optional ones too. It’s really rewarding to get through. If it’s that element of this genre that appeals to you then check this one out, it’s well worth the time.

Fobia - St. Dinfna Hotel
8 Overall
Pros
+ Puzzles that actually require some thought
+ Great graphics in general
+ Optional puzzles and items reward exploration
+ Some replay value
Cons
- Combat is only so-so
- Lack of map forces more back tracking than is necessary
- Interacting with things can be finicky
Summary
Fobia – St. Dinfna Hotel is a really good survival horror title if you like exploration and puzzles. There is combat but it isn't really the focus, with puzzles that require observation and some actual brain work. It's also filled with optional puzzles to really reward thorough players. Highly recommended.