Kylotonn’s handling of the long-running WRC series has seen it steadily refined into a formidable off-road simulation. I felt that last year’s effort was a real step forward with a substantial career mode and some stunning recreations of the Championship’s dirt and gravel roads. In this, the most strangest of years, WRC 9 FIA World Rally Championship is now upon us. Boasting more tweaks to the driving physics, new modes and the promise of post-release support, can the momentum be maintained? 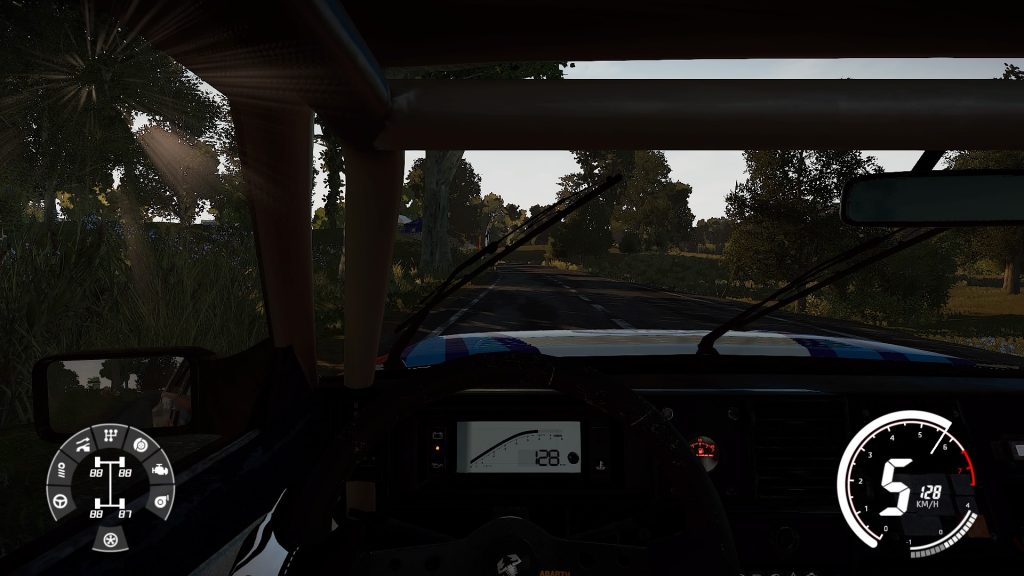 WRC 9 FIA World Rally Championship’s  handling remains very responsive. It took me a while to get back into the loose nature of the cars. Even with something like traction control turned on, you get a lot of movement from the vehicles. You don’t really need a lot of steering input to turn the cars so I found myself often over-correcting mistakes. It takes discipline which was what I enjoyed from the last outing. It’s a sport very much about focus and observation and it is translated beautifully to the small screen.

Practice makes perfect and it can be satisfying to really dial in your driving style. The driving model’s physics are reliable and consistent. Dips and bumps will upset your car and reading the road becomes much more than just anticipating a corner. It’s a real challenge to drive and fulfilling when you get through a stage cleanly or manage to avoid a near miss. Each stage can be tackled individually under any conditions. Couple this with the ability to save preset setups and you have a great place to put the hours in.

WRC 9 FIA World Rally Championship provides a great challenge but it’s accessible too. Control presets can be tweaked from button mapping to throttle, brake and steering sensitivity. Those with a wheel can delve even deeper with tweaks to force feedback and so on. AI can be taken down or scaled up a level of your liking, although I’ve found my results to be a little hap hazard. I’m finding some stages to hand me a comfortable lead whilst others have me scrapping to overcome a deficit. Mistakes are often severely punished in this series, so I may just need to drive with more care. I do find the penalty system can be a little unforgiving. Any off track excursion gives you around fifteen seconds to recover. Unfortunately, if the game decides your detour is too severe, you’ll be reset and given a five second penalty regardless. That feels like a double whammy I could do without. 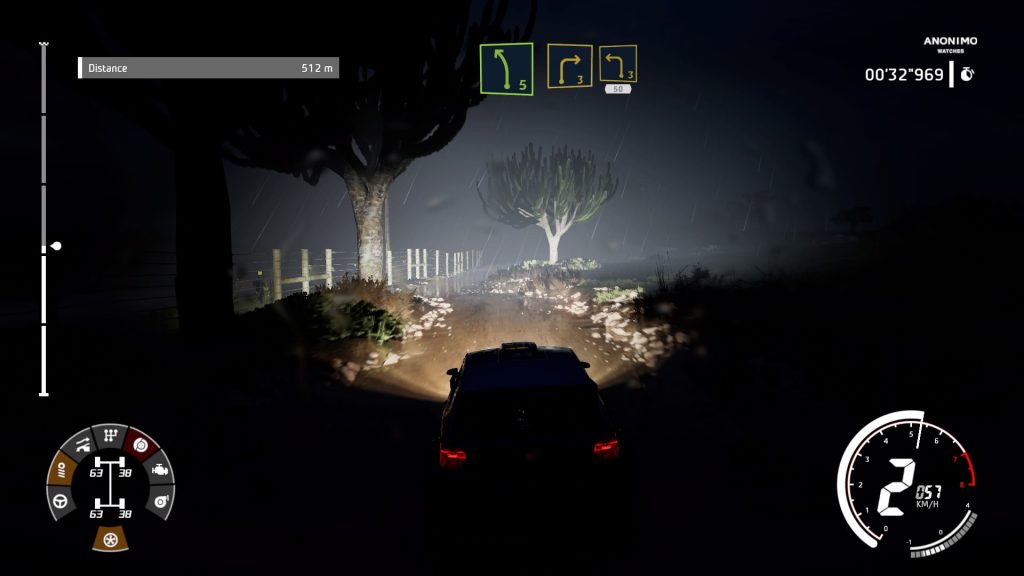 The same modes as last year return with the robust career mode largely the same as last season. Time management remains key as you look to hone your skills with training events, impress new manufacturers in one-off challenges and tackle extreme conditions. All the while, you’re tasked with building a staff that can keep everything running smoothly. Research and development plays a part and there’s always something to work on between rallies.

As usual, the plan is to rise from lowly Junior WRC and WRC3 ranks to the top of the tree. Sadly, there’s no option to start any higher than that. For a curtailed version of that, the season mode will have to suffice. You can tackle any stage on its own under a multitude of weather conditions and there’s now a test area that serves as an open world to drift around and pull new machinery through its paces.

The historical cars have been bolstered although the selection still seems too slim for my liking. Lancias are well covered with the Stratos and Intergrale but we’re still missing the likes of the Audi Quattro, Subaru Impreza and Mitsubishi Evo. Licensing will always play a factor but it’s a shame more eras weren’t covered by the selection. 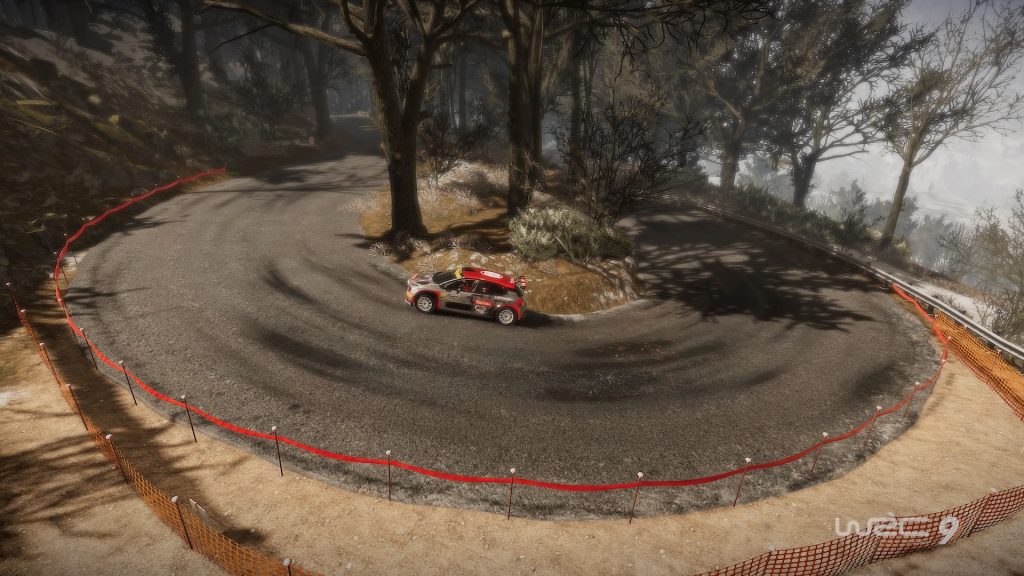 The rallies themselves remain the star of the show. The KT engine is capable of putting on some great visuals and, whilst not as sharp as the PC, the consoles keep up. The vehicles have a great polish to them and the detail of the scenery gives each stage a different feel. Lighting is very well done with sun peering through the trees, canyons coating the road in shade and storms providing some torrential downpours.

Finland is high speed with plenty of opportunities to get airborne, Kenya shifts from open expanses to narrow village roads and Monte Carlo has tricky hairpins in the dead of winter. Kenya’s Safari Rally, Japan and New Zealand return to the calendar to give the 2020 schedule more variety and depth. In addition, Kylotonn are looking to add more stages and modes for free in the coming months.

It should keep fans happy but I do wish the co-driver mode was available at launch. I can only imagine how that mode will work and want to see it in action. What is new on day one is the Clubs mode. This allows online users to create and share custom championships and challenges to their friends or the world at large. With the free DLC plans and regular daily challenges, WRC 9 FIA World Rally Championship should have a long tail on it. 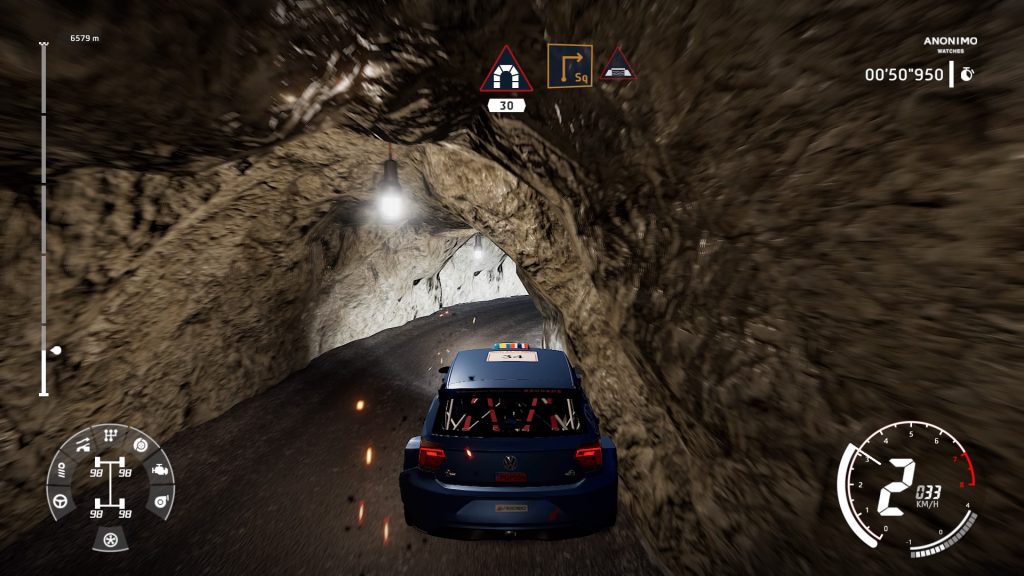 Sound design is handled well with the bumps and shifts of each stage given some kind of aural feedback. Your co-driver remains stoic in the passenger seat as he barks out pace notes. As usual, you can tailor the frequency of their calls to your liking. By default, it’s effective, although it’s best experienced inside the cockpit.

Kylotonn’s taken some great strides with this series and it’s nice to see the upward momentum still continue. Very much a sim, the handling demands precision and concentration whilst allowing some accessibility for those that want an easier or more refined challenge. The new rallies add some diversity to the campaign whilst the Clubs mode should give a yearly product some long legs.  Some of the changes might be subtle but they do appear for the better.

WRC 9 FIA World Rally Championship
8 Overall
Pros
+ Outstanding driving model with consistent physics.
+ Great, detailed visuals with some fantastic weather effects.
+ Solid sound design, although you can't really appreciate it much in external views.
+ Plenty of content to work with and more to come for free.
+ Accessible, with plenty of ways to tweak your experience.
Cons
- Penalties sometimes feel like a double punishment.
- The historic car selection leaves out some key eras of rally car.
- I find AI pace can occasionally feel inconsistent - although that could be down to me.
Summary
WRC 9 FIA World Rally Championship manages to build upon its predecessor in some smart ways. The handling remains sharp and focused whilst options are there to dumb it down or tune it up in a manner you see fit. The stages remain the star of the show with the new rallies adding variety to an already diverse calendar. It’s all rendered in an engine that still handles detail and lighting very well. With the new clubs mode and forthcoming free updates, this should be well supported and keep rally fans challenged.