Remnant: From the Ashes has been a good time. The previous DLC, Swamps of Corsus, was not really what I was expecting. Adding more events and bosses to an area that was already in the game was a little disappointing but the addition of Survival Mode was excellent with a new rogue-like approach to gameplay. The new DLC, Subject 2923, is more traditional in that it adds a whole new area, populated with new enemies, bosses and events. 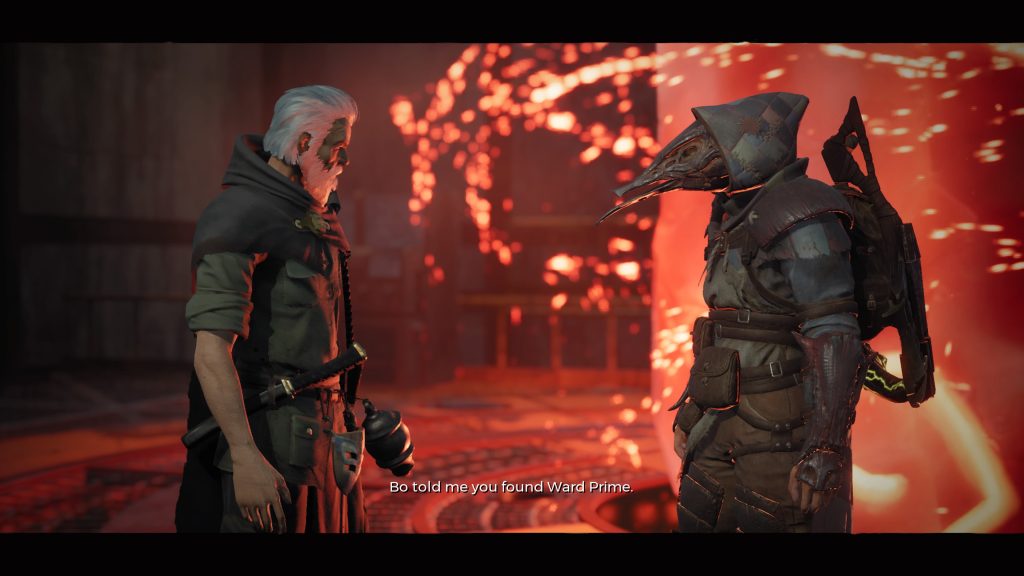 There are two ways to interact with this DLC. If you just want to play through the area you can load it up in Adventure mode and play through it, but there is a story to experience here, arguably more so than in the main game itself, and to access it you need to reroll your campaign and select the new DLC.

Upon doing so you’ll be greeted with a cutscene showing your character and a member of Ward 13 going back to Ward Prime, where the Root problem started. You’ll need to play through an initial foggy village area before reaching the Ward itself. This is quite a straight forward area but Ward Prime takes the game in a different direction, being much more puzzle based. You’ll do lots of running around and backtracking as you find keys and turn on the power. There is also a dimension shifting mechanic and the enemies in the area are mere ghostly figures you can’t interact with until you shift to the other dimension which adds another layer. 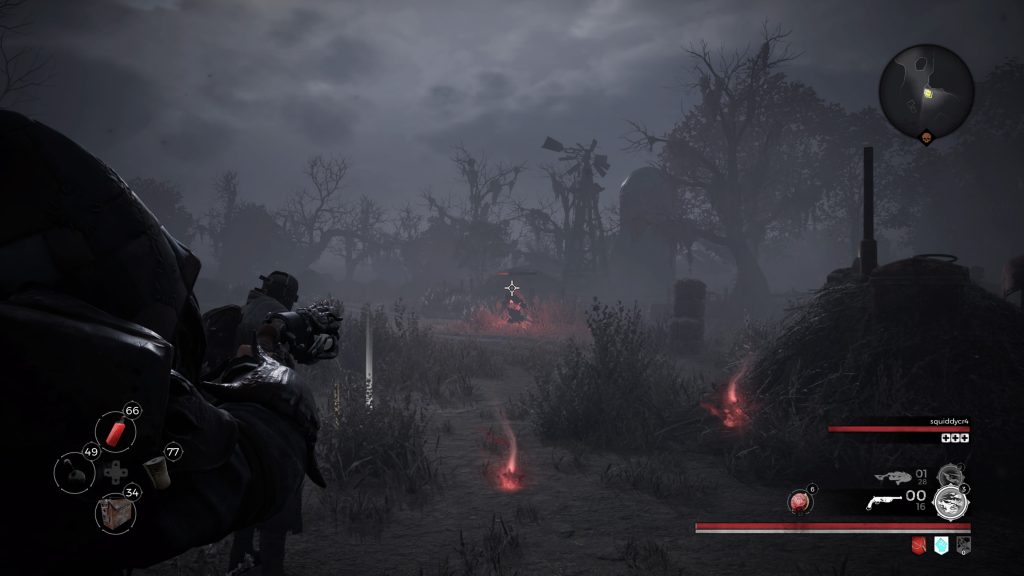 Once you’ve worked your way through that however you get access to the snow covered, rat infested area of Resium. If you play adventure mode then this is where you’ll start, skipping the story sections. If you’re playing through campaign mode though then you’ll have yet more cutscenes as a mysterious figure and a giant greet you. Here the gameplay will be familiar to Remnant players as you move through the area, clearing out enemies, finding loot and discovering entrances which can lead to events or boss fights which generally yield new weapons, mods, traits or accessories.

I, as most probably will, had a fully geared up character and found the DLC to be relatively simple to play through. This isn’t a new DLC with the hardest content in the game or anything, though I did die on the bosses once or maybe twice as I learned them. The boss at the end of the campaign was a little tougher, dishing out quite a lot of damage, but again it didn’t take too many attempts. That’s on the default difficulty, obviously the game has higher difficulties for those who wish to challenge themselves more. What this DLC does offer is new scenery, all new enemies, bosses and loot to collect. Fans of the game will be happy to just have more to do and the price is very reasonable. 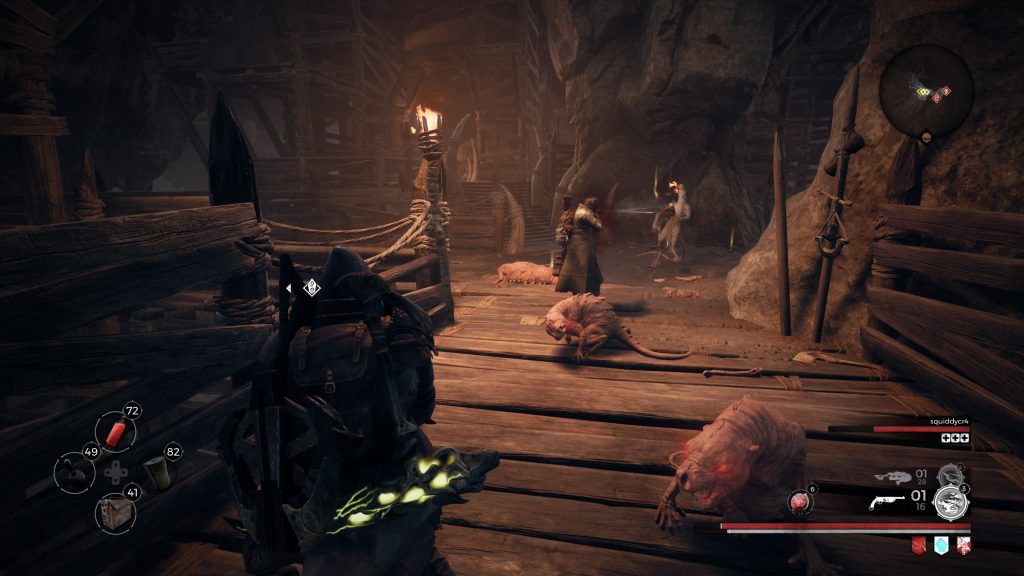 There are a couple of issues though. The load times, at least in multiplayer, can be very long. It did crash out or kick one one of us in multiplayer a couple of times so hanging on a loading screen can become uncomfortable as you don’t know if you’re going to make it to the other side. There’s also an issue with a couple of the trophies. One hasn’t popped for anyone and one only pops for the host which for a co-op focused game is a no-no. I’d also say that if you do die on the final boss that the extra steps you have to do to face him again although brief just seem unnecessary and ambiguous the first time.

Still, Remnant: From the Ashes is a very enjoyable game and more content is always welcome. There have been plenty of free updates over the course of the game’s life to date as well which makes this a good time to jump in if you haven’t already. I’ve been playing the main game and this DLC with fellow PlayStation Country writer Richie, who has just started it, and we’ve been having a lot of fun and I’ve been discovering stuff which has been added post launch. 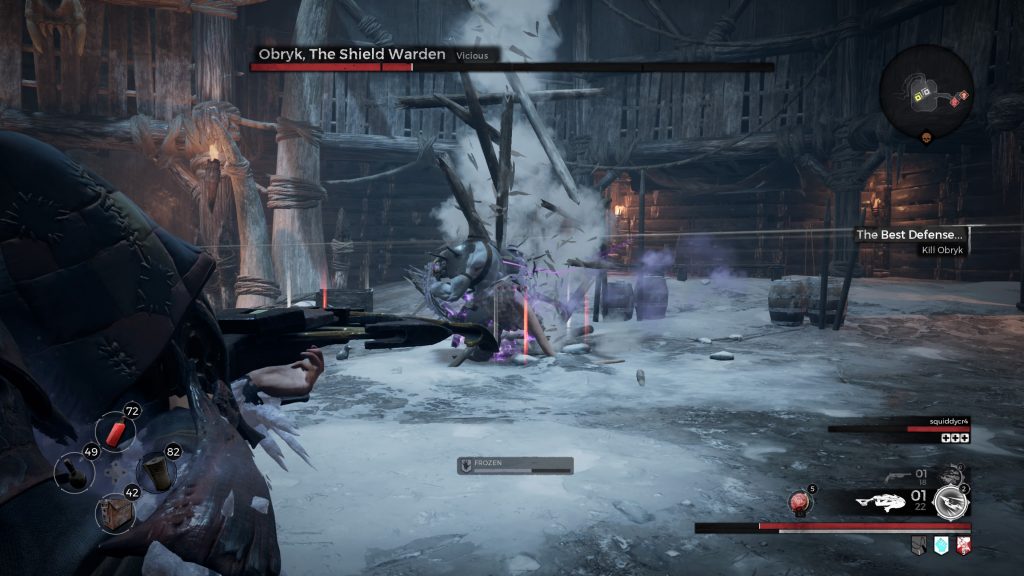 If you’ve ever been curious now is a great time to jump into Remnant: From the Ashes with the Complete Edition which comes with both DLCs. You’ll be hard pressed to see where the Swamps of Corsus DLC starts and ends but Subject 2923 is a self contained conclusion to the story and an enjoyable romp, especially if they iron out the few issues like they have been throughout the game’s life. Hopefully I can get another friend or two involved, if not here’s hoping for Remnant 2 on PS5 in the future.

Remnant: From the Ashes - Subject 2923
8 Overall
Pros
+ Brand new area
+ New enemies and bosses
+ New loot
+ Concludes the story
Cons
- Some arduous load times
- Bugged trophies
- Resium's progression is very familiar
Summary
Subject 2923 adds a whole new area to Remnant: From the Ashes in its own mini-campaign. With that comes new environments, events, enemies, bosses, loot and story which is all you could ask for really at such a respectable price. If you just want more content then this DLC adds exactly that.