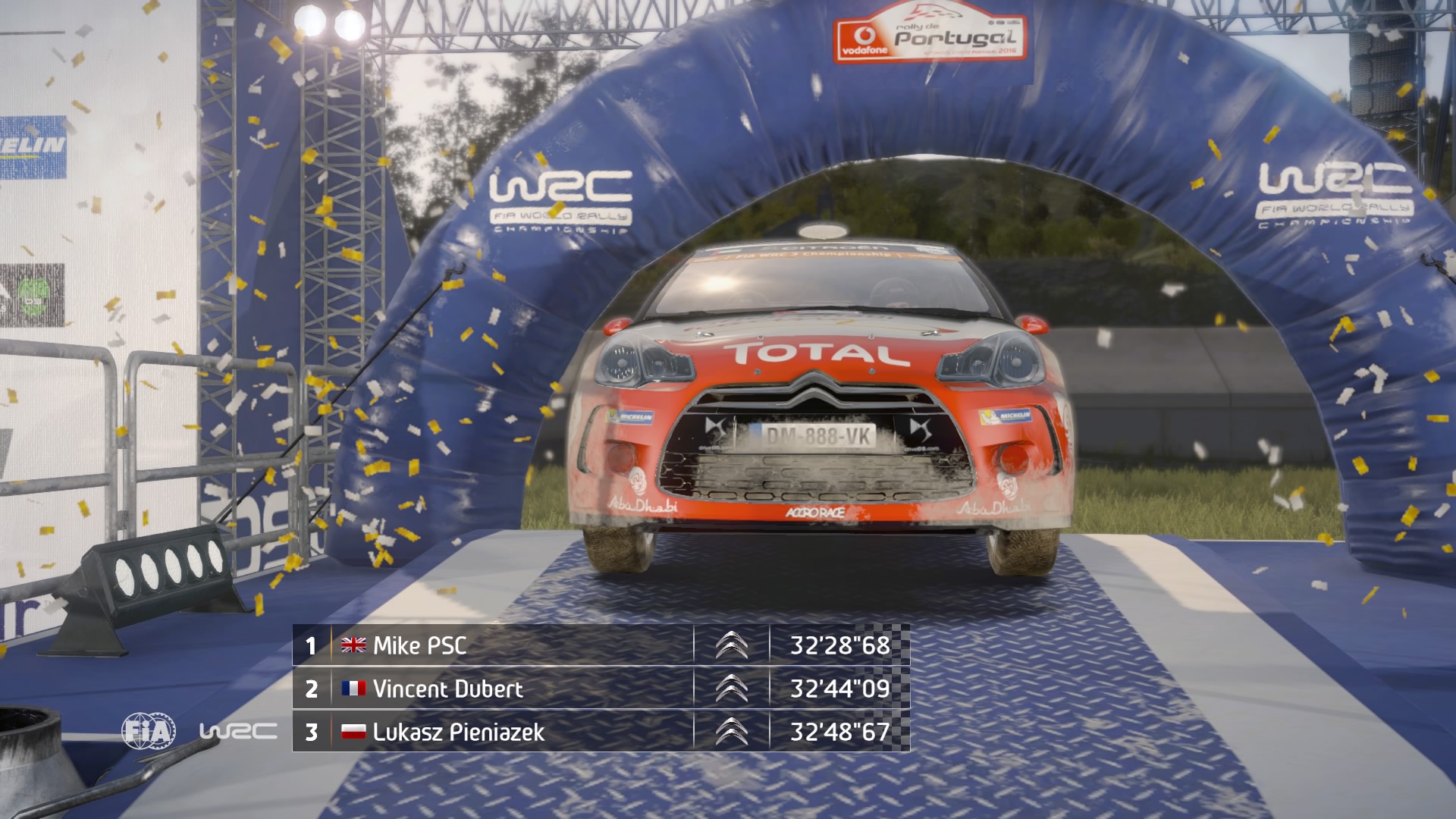 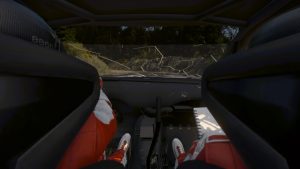 Ironically, with the actual championship drawing to a close, this year’s officially licensed game slips into gear in an effort to give rally fans with a Playstation 4 something to cheer. Can Kylotonn’s second outing improve over last year’s a somewhat lacklustre showing?

At first glance, WRC 6: FIA World Rally Championship has firmly planted its tires in the arcade camp. There’s some variable options on display and the game launches you into an introduction which gives you a brief test drive whilst unsuccessfully trying to pick a suitable difficulty. You can adjust this after the fact and can customise a few things from driving assists to pace note complexity, although the options aren’t as deep as you might want.

Single player modes are covered with championship, single rally and quick stages available from the off. These modes are bolstered by time-restricted challenges supported by persistent leaderboards. They certainly offer a reason to return at regular intervals and gain some bragging rights over complete strangers. Entry into the 2017 Esports WRC comes part of the package as well. It’s a strange thing to offer with such an accessible, arcade effort but it certainly feels different. I’ve struggled to get racing online. There are people playing but I either join a full lobby too late or have to wait for an empty one to fill. The leaderboards imply a decently-sized player count so maybe I’ve just been unlucky.

All the 2016 rallies, teams and drivers are covered, including the washed out Chinese Rally. The cars get preferential treatment as they’re particularly well-realised. The stages are based upon real locations but offer a condensed approximation of the real thing. It’s a disappointment for people like me who’d like every inch recreated. You can’t have everything but, in some cases, the abridged nature of the rallies come as small mercies. Stages vary wildly in length from short two-minute blasts to marathon affairs. Playing through the longer stages are sometimes gruelling but offer their own sense of reward.

It never strays beyond the arcade realm which is right where I’m at. Handling is responsive with drifts easily attainable. You can recover more situations, which makes for a more fun, forgiving experience. Playing with the stability management off doesn’t feel as daunting as it usually would. Its stance allows it to offer an alternative to DiRT Rally and the official license should bring fans to it that want a more authentic series of events to tackle. There’s a penalty system on offer which, in-keeping with the rest of the product, is fairly lenient. You’re only reprimanded for serious off-track excursions or running into the crowd. Damage follows suit. The cars themselves survive a lot of punishment over a three-day rally. 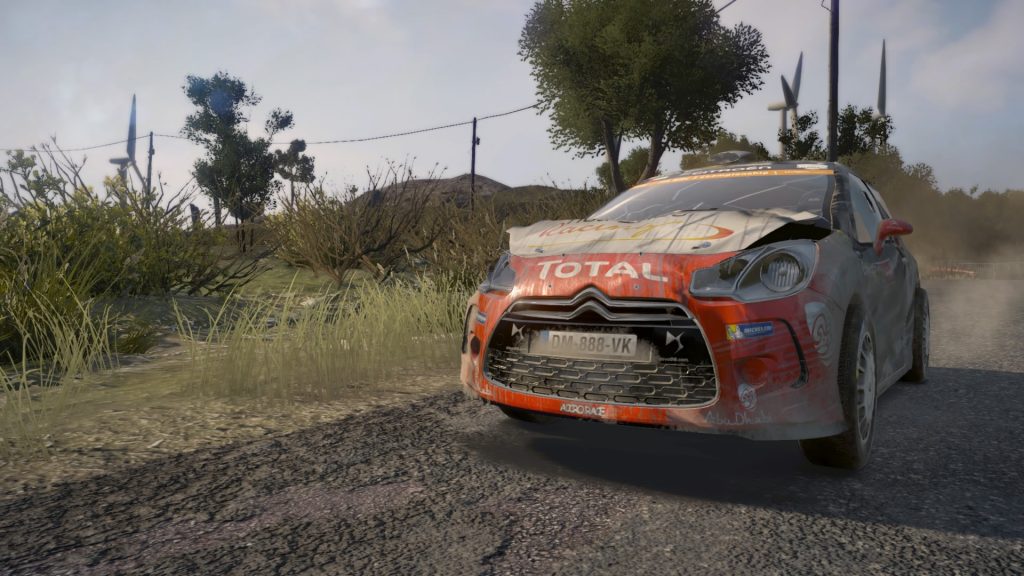 Sound impresses. Engines pop ferociously with ambient noise providing a fair bit of life to things. Visually the stages are nicely detailed with little touches like mist and dust clouds skirting across the track. It lacks some fidelity but achieves a lot with a relatively smaller budget. Presentation seems a little lacking. The introduction race features some nice colour commentary which is quickly discarded. I’d have loved to have heard more of that.  Weather doesn’t seem to impact the proceedings much with rain and snow effects underwhelming. Combine that with night racing and you’ll discover the lighting seems a little wonky after dark. My eyes genuinely suffer to see the road under darker conditions.

Your co-drivers pace notes, whilst detailed, are ruined by the relentless haste at which they are spoken. He doesn’t pause or react to any incident you might have and his unstoppable speech can become distracting. I found I could only cope if I zoned out for most of it and picked my ears up for the key instructions. You can alter the rate and complexity of his notes but it doesn’t seem to prevent this problem. 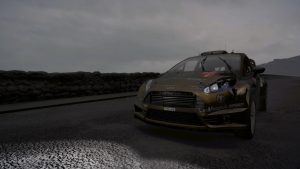 The game has other issues and design decisions which dampen my enthusiasm. You have no way of knowing your position in the standings until a stage is over. You’ll pass split markers but get no time checks, for example. It’s something I genuinely miss and feels like a huge oversight. That said, this game still offers enough fun to maybe pick up. The handling excels as an arcade effort and the regular challenges give the package some distance.  I’ve had a good time and at a budget price, it’s pretty decent.

WRC 6: FIA World Rally Championship
7 Overall
Pros
+ Enjoyable, accessible handling model. + Fairly forgiving with penalties and damage. + Excellent engine notes. + Regular challenges give you something different to work towards.
Cons
- Not especially deep. - Pace notes are read at unbelievable speed. - Weather effects don't offer much impact. - A lack of split times feel like a startling omission.
Summary
WRC 6 provides a fun arcade tear through the country with an accessibility which should appeal to a lot. It handles the on-track action fairly well, although the lack of split times and the co-driver's torrent of notes can really dampen your enjoyment. The damage model and penalty system are perhaps too forgiving to add to the game's challenge but there's a fair amount of joy on hand from the driving. It's by no means deep but it is enjoyable.