I must admit it’s nice to see sport get back to some kind of normality in 2021. The calendar is mostly full these days and the mass cancellations of last year have been curtailed somewhat. With that in mind, it’s time to check out WRC 10 FIA World Rally Championship. Kylotonn’s long-running rally series has been taking strides in recent times. Ahead of the World Rally Championship’s 50th anniversary, there’s time to celebrate with some historic content and a couple of new, albeit small additions to career mode. 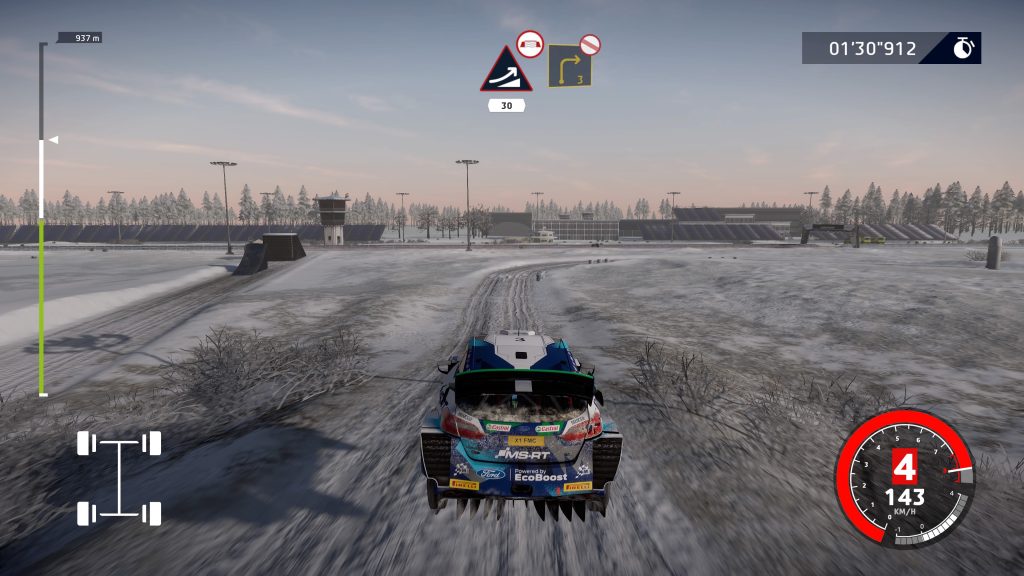 Handling remains impressive. The way your car interacts with the bumps and changes in surface is enjoyable to drive and I can largely stay in control and focused. The pace notes address the course ahead of you well and the driving remains as challenging as ever. Stage design is still one of WRC 10 FIA World Rally Championship‘s greatest strengths and the new rallies offer you some exciting challenges across new locales. Estonia’s rally is a wonderful gravel excursion that has some enticing wide roads to thrash around.

The DualSense manages to provide some effective feedback. The haptics manage to convey different surfaces well and can give you an indication of when your vehicle is on borrowed time. The triggers don’t tend to get fiddled with much but you do get moments of resistance. The controller speaker kicks in whenever you’re on a very loose surface. Hearing gravel hit the underside of the car is fairly immersive, although the default volume does result in your co-driver’s calls being drowned out. There’s no option to turn the speaker off so I’ve resorted to lowering the volume at system level. Your co-driver also has more personality this season. They react to you being up on a timing sector and your driving in general. 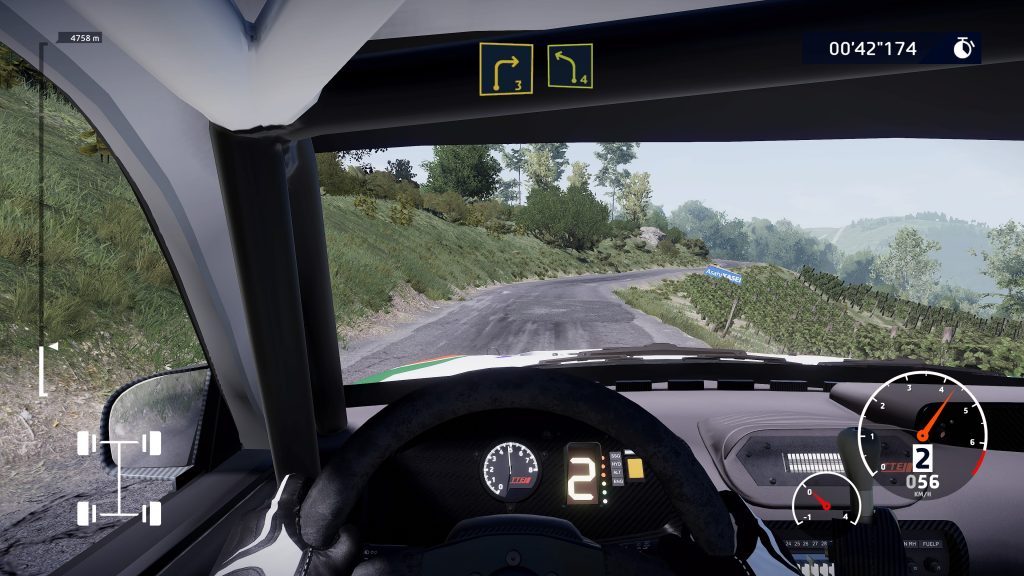 The historical content is really nicely executed. The car selection seems to run a diverse mix from the series’ infancy and through to modern day. Group B is handily covered with Audi Quattros, Lancia Integrales and Peugeot 205s. There’s very few glaring omissions although I am slightly annoyed Colin McRae’s Subaru Impreza is locked away as DLC. As it is, there’s a full roster on hand.

It’s complimented by stages that are accompanied by a very eager crowd. They litter the roadside and really add to the atmosphere. They heighten the challenge too with some really strict track limits in place. The more populated areas urge you to steer clear of the fans for fear of big time penalties. These stages and cars are fun to drive and it’s nice to see bespoke content for this mode rather than recycled WRC stages. Unfortunately, the anniversary events suffer from having steep time requirements. It doesn’t scale with the game’s difficulty so novices and even some veterans will struggle to meet those marks. At least you can race the vehicles in quick play mode. 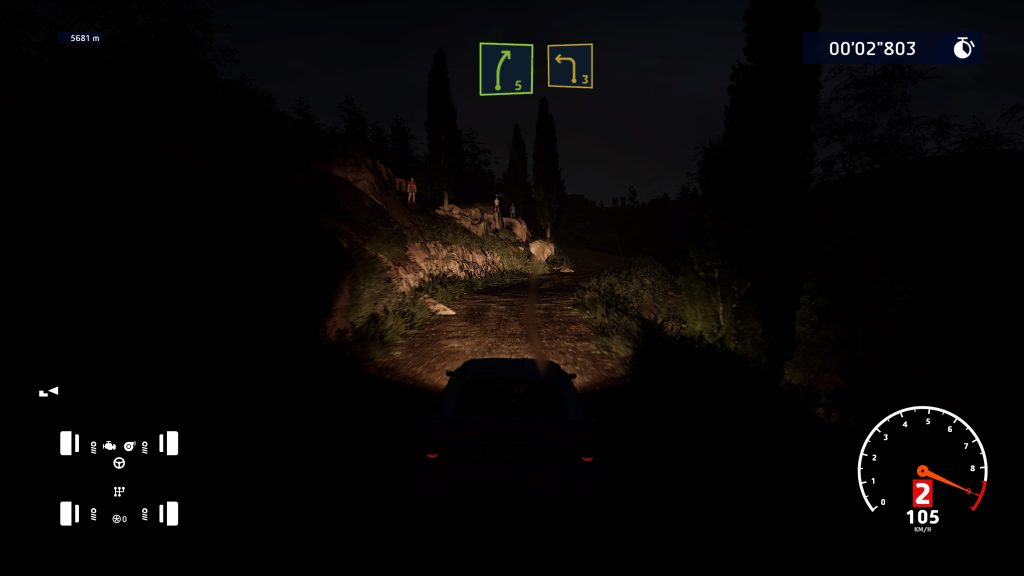 Career mode sees a couple of minor changes. It’s still a robust mode but some of the old gripes remain. You still have to start in the Junior or WRC3 ranks and it can be annoying not to have an option to start further up the ladder. You do have the option to pick your co-driver’s name and gender, which is a nice touch. It’s largely the same mode but you now have some tire strategy to play with. At the start of each stage, you have the option to perform a shakedown for some extra sets. You can choose your sets for the weekend, mix and match to deal with different surfaces and that tactical level does make your rallies more interesting.

Away from the track, the loop remains familiar. You manage your spare time with training, manufacturers events and team-building exercises. You’re given goals to reach but, like last year, some of them are quite daft. Request to run specific tyres, rest two times in six weeks and so on just feel like odd demands. I don’t think the penalty for missing these is huge but they just don’t sound smart.  It’s a small complaint but finding your manufacturer being peeved over small potatoes is a little jarring.  Especially if your rally performances are exceeding expectations. 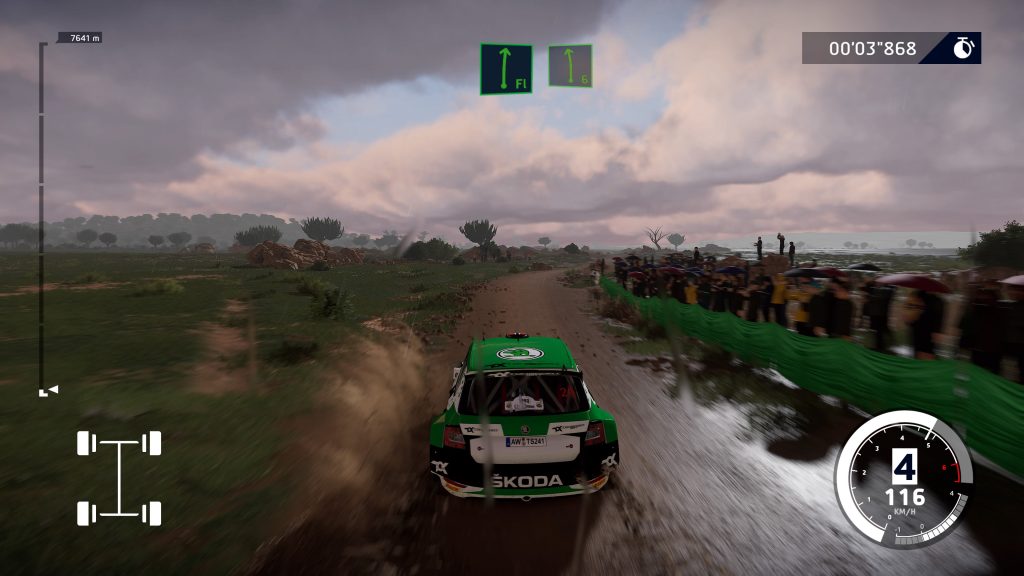 The presentation is still as appealing as ever. The KT Engine always seems great at recreating some of the world’s more recognisable rally stages. Hundreds of kilometres of road and trails are rendered beautifully. Whether in the baking sunlight or bleak downpours, there’s a real emphasis on conditions and lighting to really add to the challenge. The look is varied, gives each stage a real sense of individuality and is great to look at in motion. The variable weather helps give the game an unpredictability and can really sharpen your wits. Audio holds up just as well. I’ve mentioned how the DualSense plays its part but the engine notes sound more full-bodied and this really helps give the Group B cars some thunder.

WRC 10 FIA World Rally Championship still shows a series on the up but the momentum is perhaps starting to slow. The career mode can feel stagnant in a couple of areas. Anyone eager to get deep into the mode will feel aggrieved they have to start from rock bottom. It’s still a great package and the historical content really bolsters the offering. It’s a fun, challenging drive and the engine continues to make it all look fantastic.

WRC 10 FIA World Rally Championship
8 Overall
Pros
+ Handles the driving very well.
+ Great stage design, as ever.
+ The historical content gives you ample opportunity to drive some of the sport's greatest.
+ An abundance of content to get involved with.
Cons
- Career mode feels a little stagnant, despite the new tyre tactics.
- The DualSense speaker noise can overpower your co-driver's pace notes.
- The anniversary mode features some very stern time requirements don't scale with your difficulty settings.
- Team objectives can still feel a little misguided.
Summary
Kylotonn continues to improve with WRC 10 FIA World Rally Championship. It remains a great drive and the career mode, whilst a little stagnant, does offer you plenty to get on with. The anniversary content feels like a well-rounded mode that, although steep in difficulty, allows you to enjoy the series' more iconic vehicles. The DualSense is put to good use and it's nice to hear your co-driver has some more personality this time around. It's not taking large strides but remains a fantastic rally experience.