I do love spy fiction. I love the subterfuge and espionage and when a game gives me stealth or a heist to pull off, I’m all ears. Way Down is a hastily put together videogame tie-in for 2021 movie The Vault. Coming from Mediaset Studios, this is the latest effort from the Playstation Talents initiative. 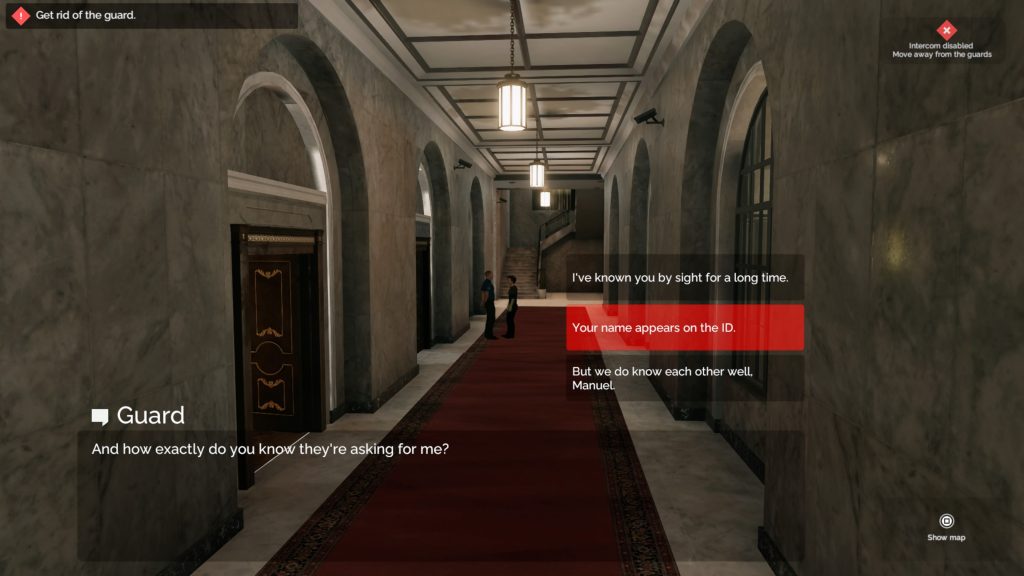 The plot follows the film rigidly beat for beat. A small group of thieves are out to steal some of Francis Drake’s treasure which is held up in a Spanish bank. This bank is under heavy surveillance but Spain’s success at the 2010 World Cup takes some eyes off the building and gives the crew a window of opportunity. On the night of the final, they plan to strike. It’s a really neat premise with a strict time limit and high stakes but this game can’t do it justice.  At least the intro is nicely handled.

The heist is all the narrative Way Down can muster. We’re introduced to the characters but, beyond their names and role on the job, you get to know very little about them. Klaus is the man in the control room calling the shots. Thom’s an engineer whilst Lorraine effectively cases the joint on an on-site visit. Simon and Walter seem to focus around hacking and misdirection. Everyone has a role but none of them feel especially compelling. It feels almost like the planning stage was skipped in favour of going straight to the caper. It’s an interesting way to keep the pace up but the people involved might as well be cardboard cut-outs. 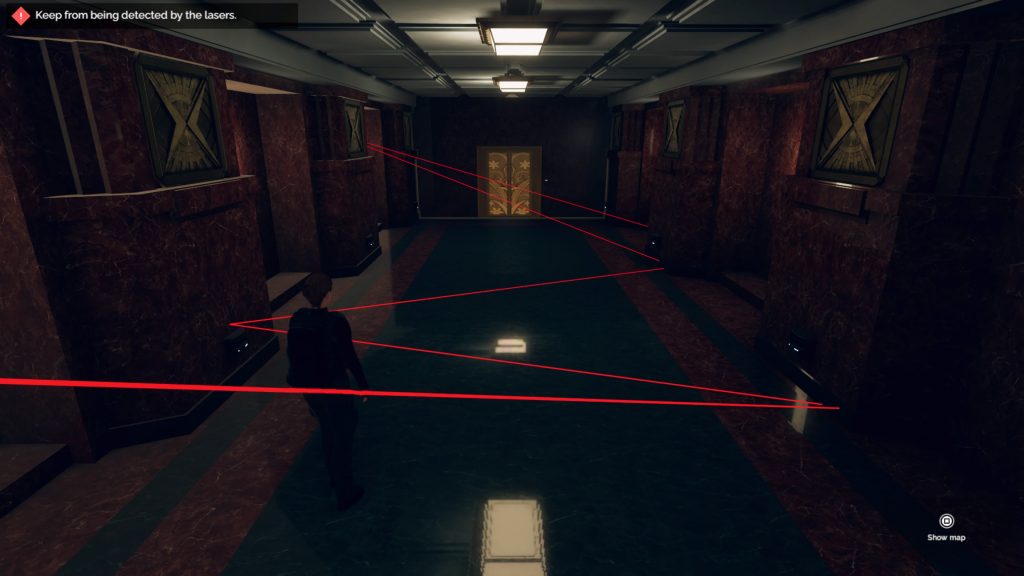 Gameplay is a mix of walking to places of interest and various mini-games. They include hacking, photography, evading alarm systems and cover the usual criminal diversions you’d get whilst trying to rob a bank. Some dialogue choices come into play when Lorraine is buttering up the bank owner whilst the others tend to stick to the diversionary tactics and subterfuge. Lorraine’s social stealth might be the only part I enjoyed. She takes on an undercover position to evaluate a painting and it’s fun to see her bluff her way through it.

It should tick some of my boxes but the remainder of Way Down ends up feeling like a compilation of quick-time events instead of actual systems and traditional stealth gameplay. Each mini-game is explained in tutorial prompts every time they’re reintroduced and it really, really can sap the momentum of a crime that’s supposed to be over and done with by the final whistle.

You switch between characters constantly and whilst it does show everyone has a part to play, I felt disorientated and I never spent long enough with any of them to like them as characters. Way Down just feels haphazard in it’s approach and all the quick cuts can’t hide the fact that the gameplay is so minimal. There’s no risk of getting lost with objectives being handily pointed out on the map. Unfortunately, everything feels so slim and repetitive. Any task that requires steady use of the analogue sticks feels jittery and descending alarmed lift shafts can feel really clumsy. 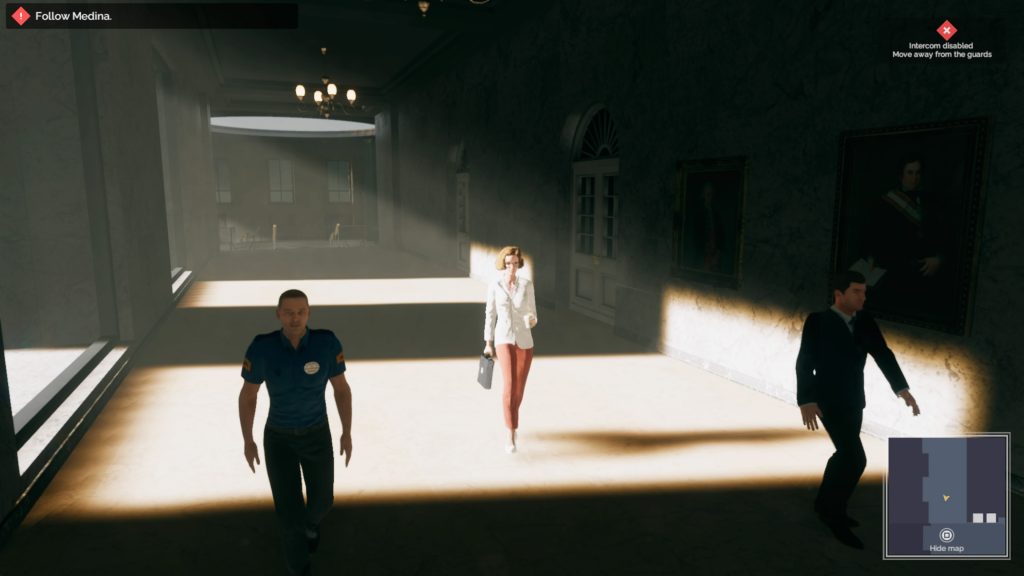 This comes to a head in the final act where all the crew are finally together. The heist itself ultimately boils down to doing the same torturous segments with the four thieves. I’m not underselling it, either. Having to repeat the same laser hallways, ladder scaling sections and painfully opening the same boxes just kills any momentum this game had when the guys were doing their own separate thing. There’s no tension or sense of climax. Just frustration. In a game where time is of the essence, nobody can run. Everyone moves at this pedestrian, plodding pace and it saps the life out of me.

Visually, Way Down looks incredibly poor. Textures and character models lack any real polish and there’s technical problems that easily rear their head. During one of Simon’s sections, an entire corner of the server room vanished out of existence. Shadows look blocky and, overall, everything has a very cheap look to it. I’ve also noticed there’s a placeholder screen that pops up immediately after loading. To the game’s credit, it didn’t crash on me but none of it felt pleasant to look at.  The crowd scenes at the conclusion look genuinely laughable. 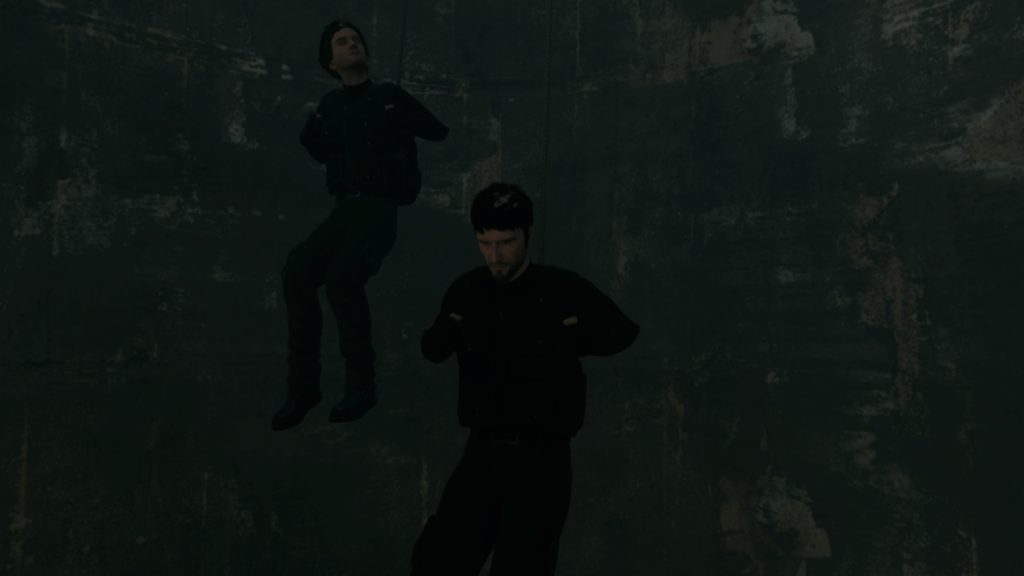 Voice acting is entirely in Spanish so I can’t really comment on much beyond the delivery. It seems fine although I can’t say the writing was especially interesting. I didn’t enjoy the interplay between the characters who largely seem all business. Anyone else milling around the bank talks about the World Cup Final. It all falls flat and feels a little one-dimensional. The late game twist came with very little build-up and I didn’t feel like I had anyone to root for.

I could be cynical and say Way Down is a crude, cheap media tie-in but the Playstation Talents initiative does tend to churn out more misses than hits. For an intriguing, espionage-heavy plot, it’s all diluted with bland gameplay and horrific visuals. The premise really had me interested but the execution had me struggling to care at any step of the journey. The characters barely step away from the business at hand and, whilst the short, snappy structure could keep the pace up, it’s crushed by a final act that slows things to a crawl.

Way Down
3 Overall
Pros
+ The intro credits are very nicely done.
+ Lorraine's early sections present a rare high point.
+ Interesting premise.
Cons
- Looks incredibly dated and glitchy beyond reasonable levels.
- The constant switching of characters can be disorienting.
- The characters all seem flat and boring
- It degenerates into a repetitive final act.
Summary
Way Down is a truly poor effort that reduces an exciting bank heist into a series of mini games. Visually, it has a very cheap look with very little polish. It's very rough around the edges and sometimes those edges fall away. The multiple protagonists do try to keep things fresh but the final act devolves into a repetitive slog. In safer hands, a game could've brought life to an interesting caper. As it is, Way Down is dreadfully executed.