From Brazilian duo Midipixel by way of Ratalaika Games, comes Warlock’s Tower. Our men Werther Azevedo and Ygor Speranza are very much fans of the Gameboy-era style of aesthetics and chiptune music as you can no doubt see from the screenshots here.

You play as a courier trying to scale the tower and deliver a message on behalf of the more enlightened nations of the world to prove to the warlock that his mission of destroying the world is misguided and we should all love each other. Lofty goals indeed. 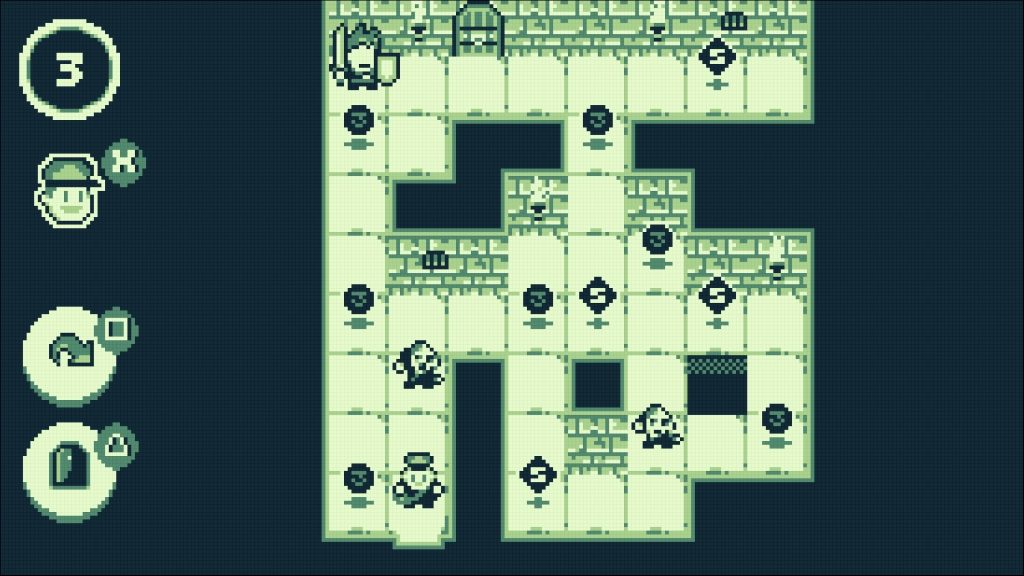 In essence, Warlock’s Tower is a series of puzzle levels of increasing difficulty as you make your way up the titular tower.

The key to movement throughout each puzzle is to optimise your path so as not to run out of moves, you lose all your moves and that attempt is over. The devs obviously realised that retrying entire sections on the longer levels was something of a chore, so early on once of the first tools you will add to your moveset is the ability to set a checkpoint at any point by tapping

to exit to the menu. 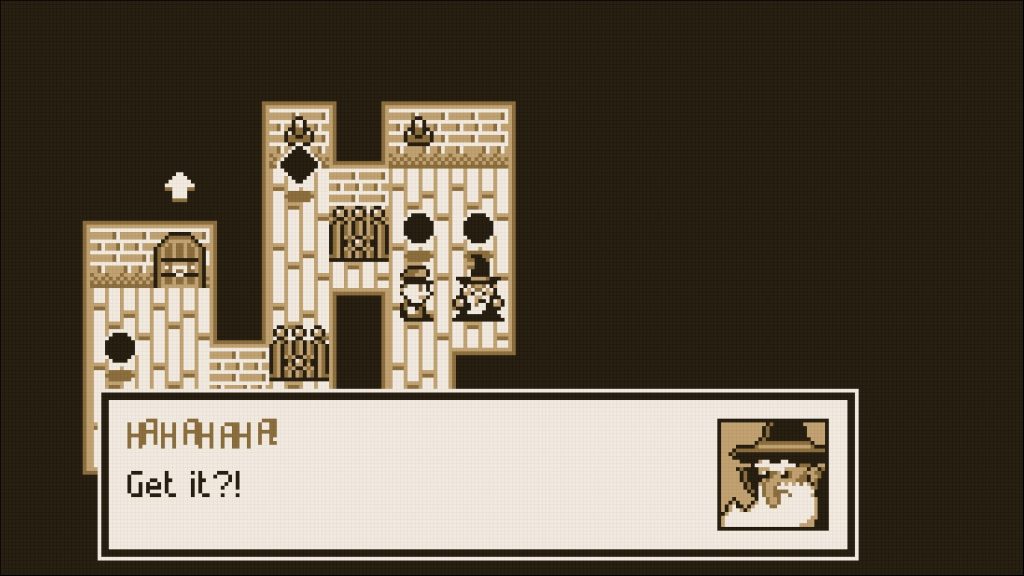 You keep your attempt alive by picking up gems with numbers on, a three giving you three moves and a five giving you, yup you guessed it, five moves. The key thing to remember is you’ll only have as many moves as the last jewel you touched, so you’ll occasionally have to clear out a path next to a precious five jewel by clearing out some threes first.

You’ll meet additional NPCs as you progress, nods to other indie games we’re not actually familiar with we guess. You pop a trophy each time you meet a new one at least. 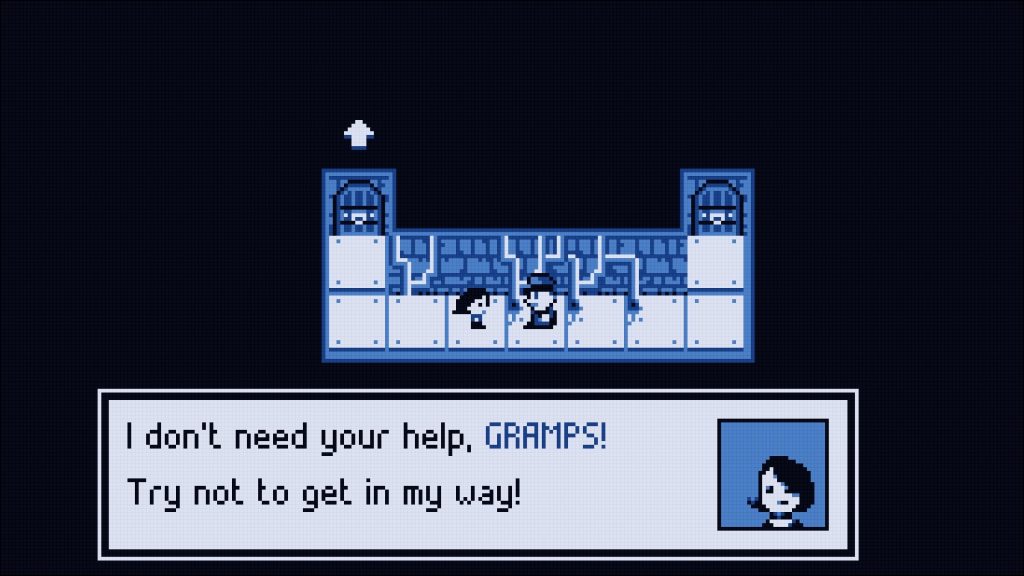 . On occasion the available movement gems will only be near her so you’ll find yourself juggling characters to ensure you come through unscathed. Just one of you needs to reach the exit of the respective level. Similarly it only takes one of you to succumb to an enemy for an attempt to be over.

Every so often the warlock himself will show up in person to berate you and either introduces a new gameplay mechanic or an enemy you’ll have to avoid.

For example, the first enemy you’ll encounter is a zombie that will only move after you’ve moved three times. Another enemy is the slime that leaves an acid trail behind it you’ll be unable to pass without dying. 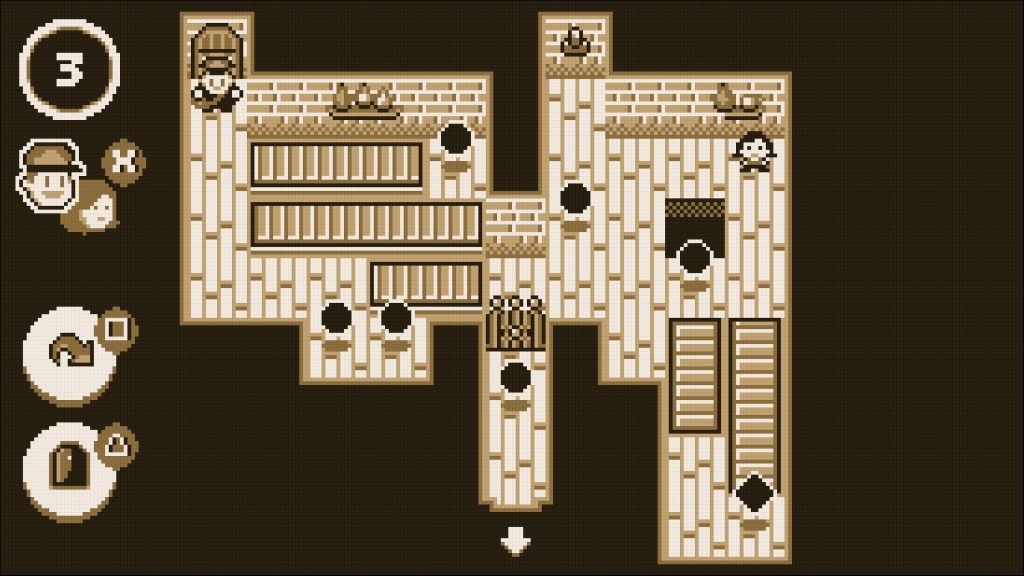 The staggered movement aspect makes taking a route directly past an enemy not necessarily the best one, especially if you end up next to them after three moves. They’ll be on you and you’ll be dead again. Taking their movement into account as well as yours is an added complication, some levels only solvable by feinting one way to ensure your exit isn’t blocked.

Later levels up the ante by way of additional obstacles, some being helpful like conveyor belts or teleporters. Others less so like doors only openable by far away switches or pots that block your access to certain areas. These extra obstacles can make later levels seem a bit daunting to start with, but if you break them down by using the checkpoint you’ll usually get through easily enough. Other levels are shrouded entirely in darkness, leaving you to fumble in the darkness. None of the dark levels are too hard thankfully. 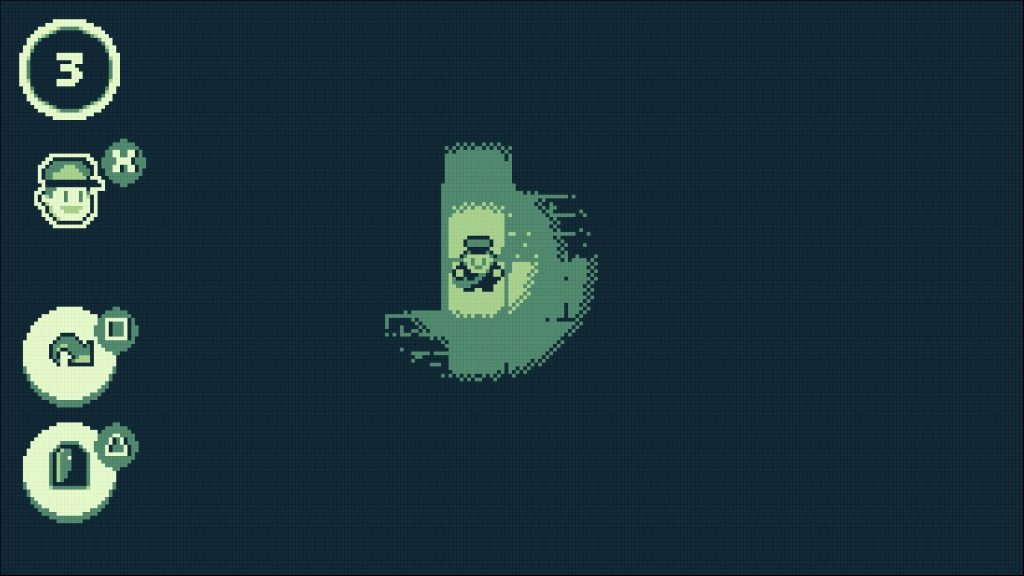 This being a Ratalaika joint, the trophies aren’t really too challenging but as we’ve witnessed recently, some social media commentators aren’t happy unless they’ve unlocked all the trophies on one of their games in one sitting. This requires a complete playthrough to get all the trophies, but there’s nothing massively taxing here.

The puzzle based nature often feels like there is a single solution to a level. We found ourselves retrying levels on multiple occasions due to coming unstuck in the final few moves. It felt a little punitive on occasion. 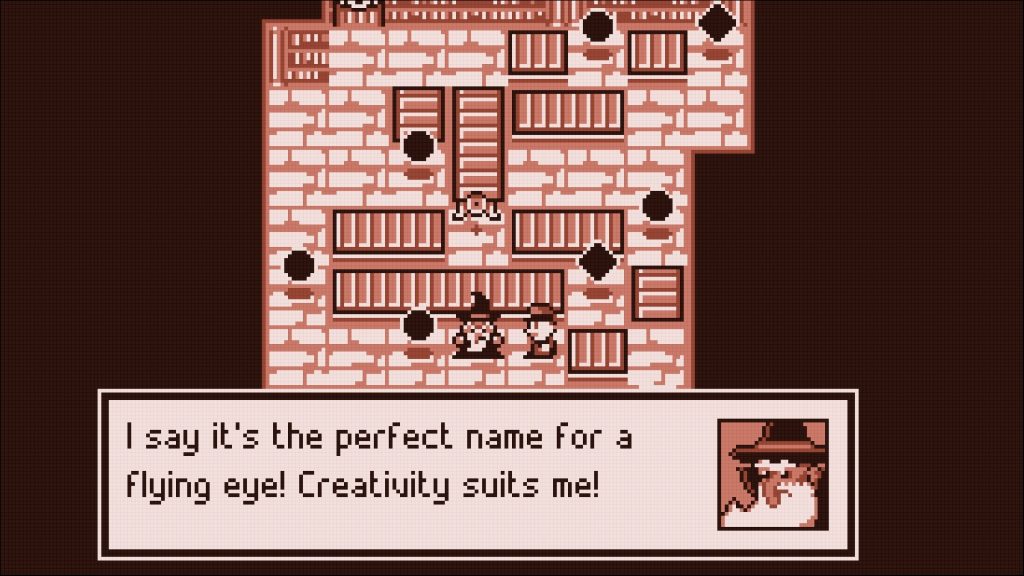 As is common with Ratalaika releases, Warlock’s Tower is also playable on the PS Vita via crossbuy. Once again you can get another platinum trophy if you’re so inclined. If anything, the game is a better fit on Sony’s effectively defunct handheld than on a big TV. The Vita version is perfect for practicing on public transport at least, the extra trophies being a sweetener.

In conclusion, Warlock’s Tower is a great little puzzler at a cracking price, moreso if you have a Vita too.

Warlock's Tower
7 Overall
Pros
+ Fun gameplay with good mechanics
+ Excellent retro styled graphical style
+ Two platinums at a bargain price due to crossbuy
Cons
- Some levels feel like there’s a 100% right way or not at all
- A better fit on Vita perhaps given the small play area
- Guest characters are a bit on the obscure side
Summary
A good retro-styled puzzle game across multiple themed levels. Great fun and better yet if you have a Vita too.