Valley of the Dead: MalnaZidos is a third-person survival horror game which comes to us by way of Gammera Nest and the Spanish PlayStation Talents program.  That initiative is a way to get lesser-known talent into the PSN marketplace and so far it’s not made for many good games but can this zombie shooter change that?

No.  Obviously.  But despite what you may have heard about MalnaZidos, and that’ll be nothing but bad news, it’s not an entirely terrible game.  Before we pick the bones out of that though, let’s try to figure out what it’s all about.  Set during the Spanish Civil War (which occurred between 1936 and 1939), the game tells a tale of opposing forces having to unite against a zombie threat (unleashed by the Nazis).  You’ve got soldiers, Nazis, deserters, Russians (spit!) and, of course, zombies all fighting it out and it sets up an interesting premise where you, playing as Jan one of the Spanish soldiers, are sent on a suicide mission and end up in a full on zombie war with various other characters who all have to raid a village and a Nazi base to try to find a cure for the zombie infection. 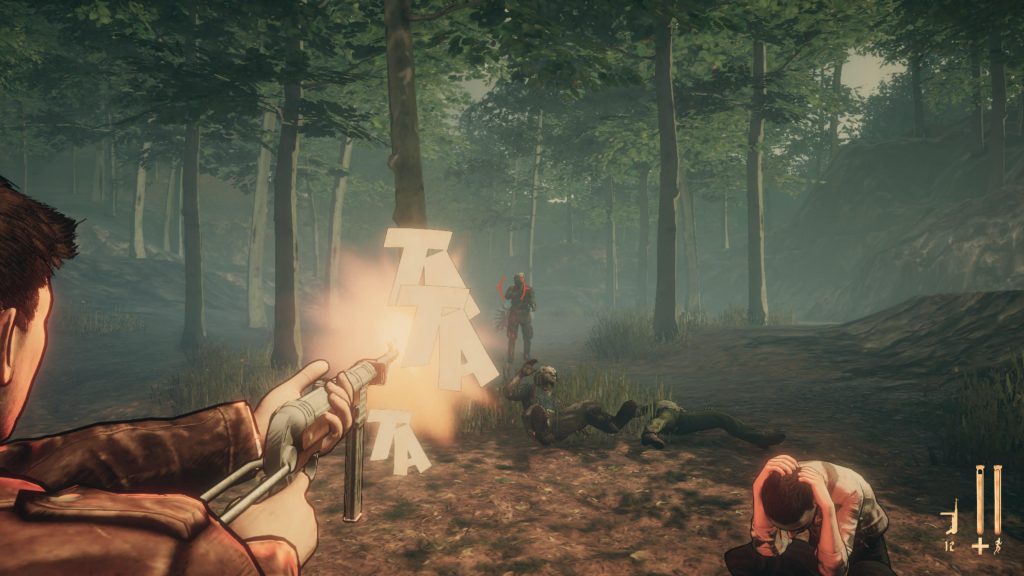 You start the game with Cruz, a young deserter who tried to leave the army to get back to his girlfriend, and for the first couple of chapters you’ll be babysitting his useless arse.  He doesn’t have a gun, nor will he pick up any of the many that are dropped during the game, and just stands around waiting to be killed unless you call him over.  He’s basically Ashley to your Leon S. Kennedy but more useless.  The pair of you begin in the titular valley and happen upon the zombified half body of a crashed pilot.  After killing him, you then have to make your way through the game doing the same thing over and over which is to say that you have to shoot zombies.

You mainly use a pistol, although occasionally you’ll pick up a very useless rifle which has limited ammo and a lot of recoil.  So sticking with your pistol is your best bet.  It’s not great in terms of power (it takes two headshots to drop a zombie), ammo is scarce and the aiming… well, it’s a nightmare.  But that’s what you’ve got, so you’d better get used to it.  There’s limited scope for stealth too but this isn’t very well implemented and just involves you slowly crouch-walking up to zombies, hoping they don’t turn around before you can break their necks.  It’s not worth trying to do this as it’s just so slow, although one level (chapter two) forces you to play the whole thing in stealth.  It’s so poorly implemented and while it does provide a bit of variation from just putting bullets in the dead, it’s too early in the game to feel like a change of pace.

Eventually, you’ll get to the village and the enemy HQ and then, less than three hours in, you’ll have beaten the game.  And that’s basically it.  So, before we get into the bad stuff, let’s at least address the reviews this game has been getting. 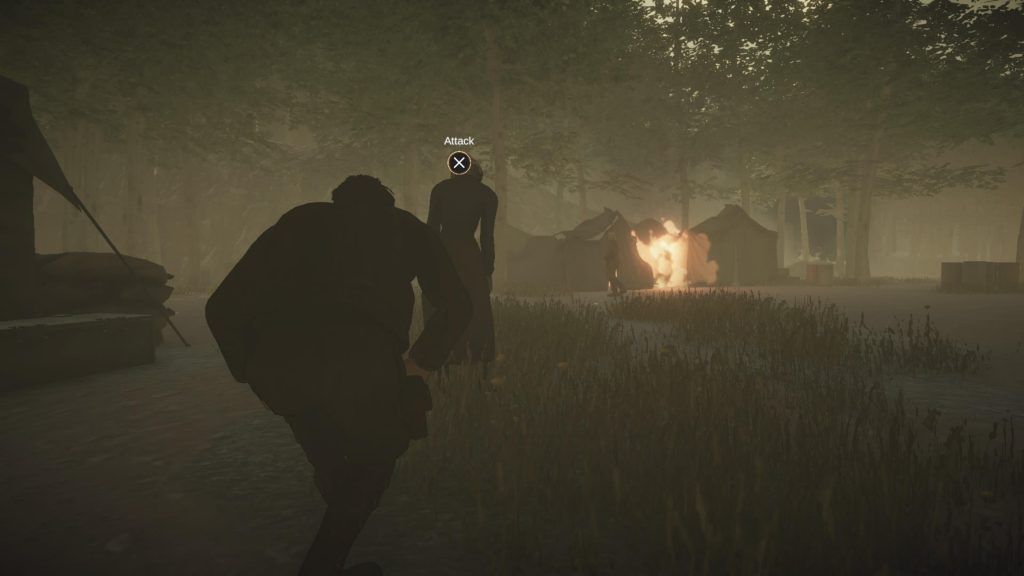 Going into MalnaZidos, we were expecting something almost unplayable.  Lots has been made of the gameplay and while, yes it’s pretty bad, it’s not entirely broken.  Once you get used to how stiff it all feels, the game is on the whole at least playable in a basic sense.  And coupled with the cell-shaded visuals and semi-interesting storyline, there’s the faint glimmer of some potential here as a sort of budget Resident Evil 4 clone (which oddly you don’t see much of which is strange given how ground-breaking and brilliant that game was).

There are so many problems though and they don’t really make sense.  This isn’t just a 2D platformer or a top-down shooter, this is a legitimate third-person affair and that’s not something you put together after six months on a games course.  The people making this game do at least have some technical ability.  However, it’s a bit like a first time baker trying to make a five tier wedding cake.  It might sort of look like cake and it might not taste completely awful but it’ll be comparatively rubbish and will have you asking why they didn’t start with something a lot simpler. 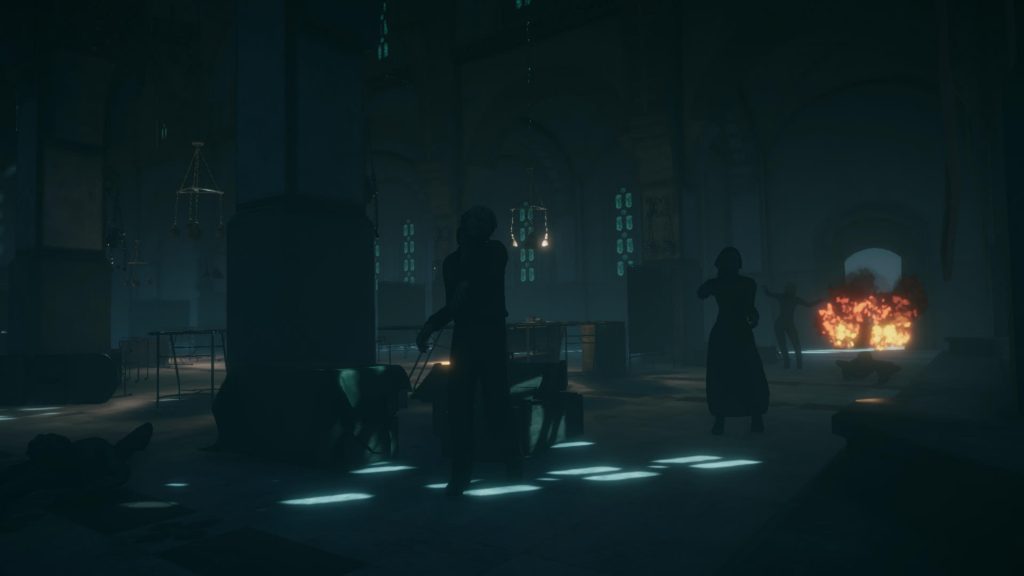 The issues are there right away.  Some just being blatant technical flaws and others being indicators of a game that has been put together with no real skill or finesse.  On the latter you’ve got tell-tale signs such as your character being unable to walk up  small ramps, over tiny obstacles or even get through some gaps.   In terms of technical flaws, you’re constantly getting stuck on bits of the scenery and the camera often hasn’t got a clue what is going on and is either pointing in the wrong direction or giving you a good view of the back of Jan’s eyeballs.

But then there is just stuff that five minutes of playtesting should have picked up.  For example, sometimes your bullets just don’t hit the target even though you are perfectly lined up.  In a game where you can’t really waste bullets, the game’s collision detection cannot be trusted.  Jan also moves very slowly, has appallingly bad melee attacks when the bullets run out and sometimes when you come out of a cutscene your aiming is just completely out of alignment. 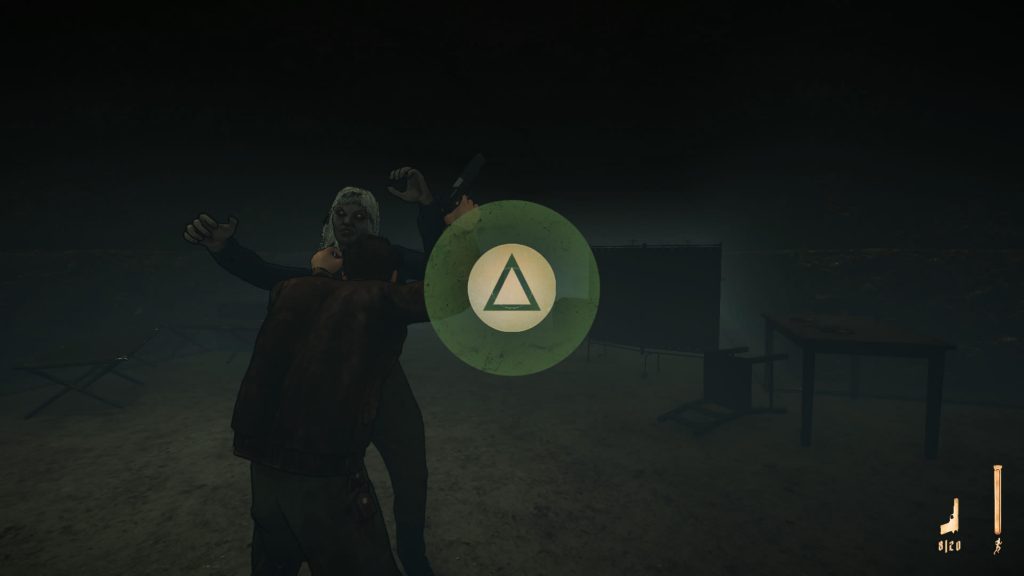 So you’d think that MalnaZidos would be something of a challenge.  Well, that’s the other thing.  It’s not.  It’s not a challenge at all.  The zombies are impossibly slow mostly and if a zombie grabs you, you’ve got the easiest QTE of all time.  If you mess that up, a zombie does so little damage that it basically doesn’t matter.  Aside from running out of ammo, there’s no peril at all.  We finished the game on our first attempt and were never in any danger of failing.  The only time anything went wrong is on the final stage where the character we were following just completely froze and we had to restart the stage.  Oddly, we didn’t have to follow her at all when we restarted.  The objectives aren’t always clear in this game.

There was one level where a zombie in a white dress showed up.  We think we were meant to follow her but after doing some damage to her, she ran down a corridor.  We went to follow and she was stuck there because she ran into another zombie and neither of them would give way.  It really is the basic stuff that this game fails at. 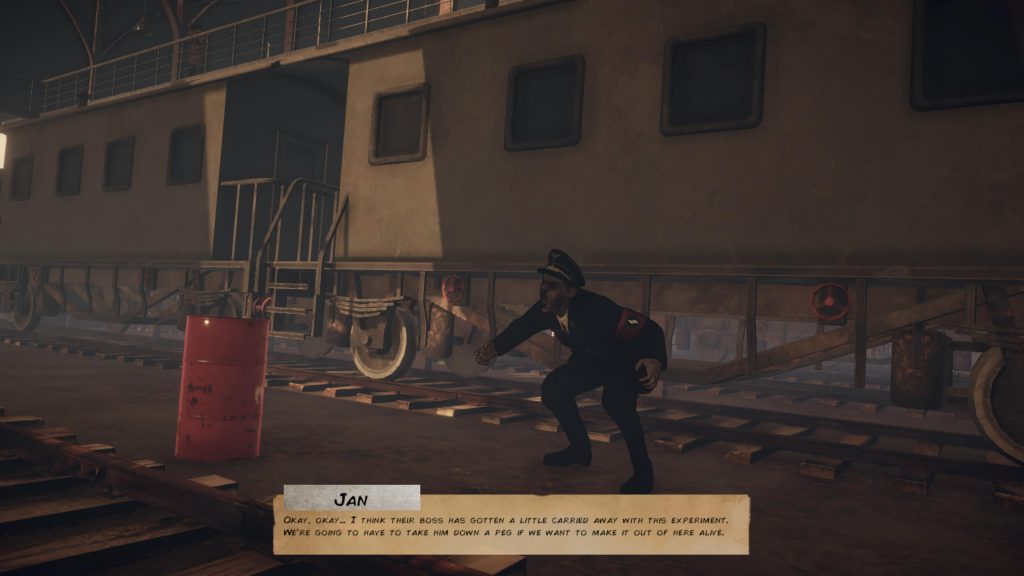 There’s some semblance of replay value from what we can tell.  The trophies suggest playing chapters as different players but the game’s useless interface really doesn’t explain how to do that and so we weren’t able to test it.  There’s no obvious New Game+ option and the chapter select (which is a total mess, putting the chapters in a completely baffling order) doesn’t let you pick your player.  So we’re none the wiser.

In starting up writing this review, I had a softer attitude to it and was considering even going to a 4 for the final score but when you lay out all of the game’s flaws, each of which is entirely obvious and should have been picked up in playtesting (this isn’t even a one-man studio, there are plenty of names on the credits), then honestly, you can’t justify anything higher than a 2.  If they had nailed the story, that might have helped but even that is hard to follow (thanks mainly to it all being via text unless you speak Spanish).  There is potential here but it’s a million miles from being realised.

Valley of the Dead: MalnaZidos
2 Overall
Pros
+ You can finish the game
+ Reminds us, in the briefest of flashes, of Resident Evil 4
+ The occasional zombie ambush can be slightly interesting
+ Cel-shaded engine has potential
Cons
- Sluggish, inaccurate shooting and movement
- No threat at all from the zombies
- We finished it on our first go
- A technical mess
Summary
In movie terms, if Resident Evil 4 is Citizen Kane of all Spanish-speaking, zombie-shooting survival horror games, this isn't even the straight-to-DVD rip-off. Valley of the Dead is the year one film school homework project filmed on an old iPhone by students who are failing the course.