Ratalaika have taken a break from scraping the bottom of the visual novel barrel for this week and gone with a point and click adventure, Trails and Traces: The Tomb of Thomas Tew. It was released on itch.io a couple of years ago and has now made the jump to both PS4 and PS5. How much do you need to play of this one to get a platinum trophy? Read on to find out (that’s what you call a hook). 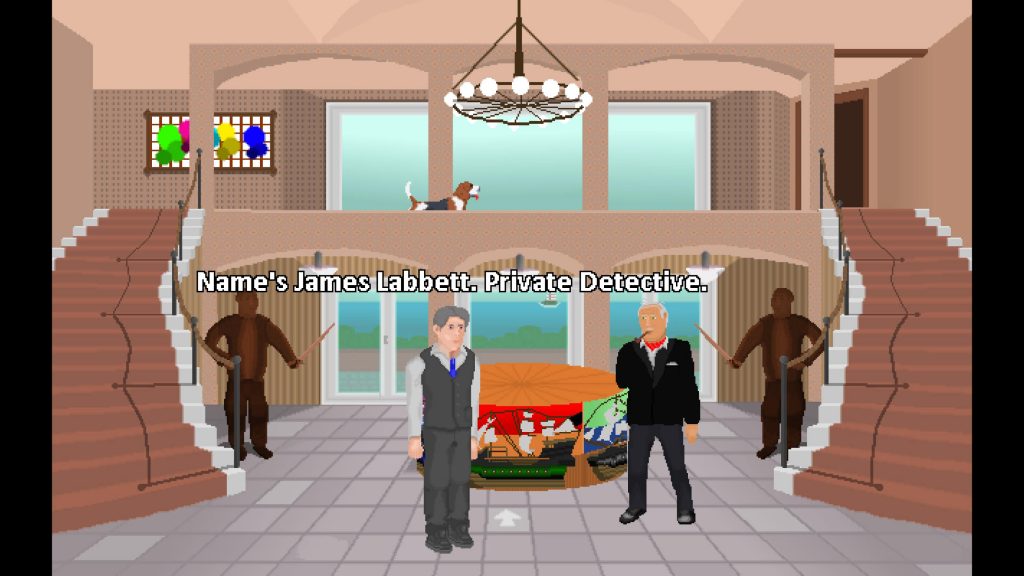 You play as James Labbett, a British private detective. The first scene has you being shouted at by a guy stuck on a roof and you need to point and click your way through a locked door to help him. Then you get a phone call and the game itself starts properly as you’re hired to find a man’s missing son. This has you exploring the first of three areas on your globe trotting, treasure hunting adventure.

You move a cursor around using the left analogue stick,

lets you move and either look at or interact with things. You do this by holding the button down and then either moving up to observe something or down to interact with it. There are quite a few buttons on a DualSense so I’m not sure why this quite clumsy method was settled upon but you do get the hang of it reasonably quickly. 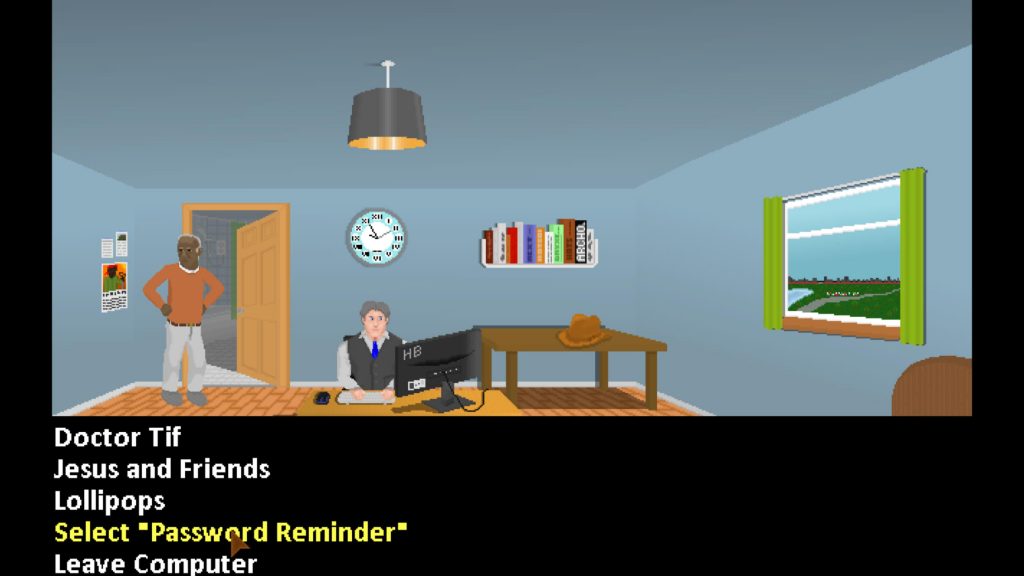 As it’s a less common genre these days I’ll actually explain what you do in a point and click game I guess. You move a cursor, traditionally with a mouse, around the screen and you can click on certain elements of the scene. These can just be for scene building, your character might describe what they’re looking at, it can be used to talk to people, you can interact with things and you can pick up specific, important items to use later on. You need to explore areas to find items and use those items in the right place, depending on the game the puzzle solving may be quite light or more difficult. Some excellent examples of the genre would be the Broken Sword or Monkey Island games. 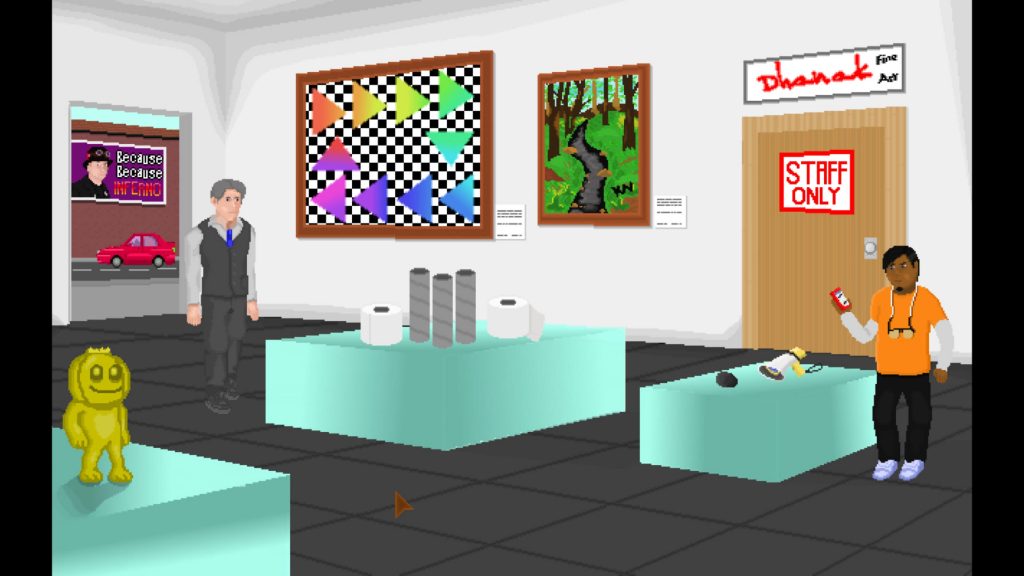 The puzzles in Trails and Traces are quite light. As long as you’re thorough as you look around you’ll have all the items you need to progress and it’s just a matter or figuring out what to use where. The earlier part is actually more difficult for this due to more areas to search, with some puzzles requiring minor leaps in logic that the genre was once known for, with the game becoming more straight forward as you go on.

Finding everything to interact with isn’t so difficult as, if you look at the screenshots, the graphics are quite simple. Not in a retro way, but just quite bad. The human characters don’t look great and the animation is poor, there’s even some amusingly bad rotoscoped scenes in there. It makes a lot of Ratalaika output look AAA in comparison. 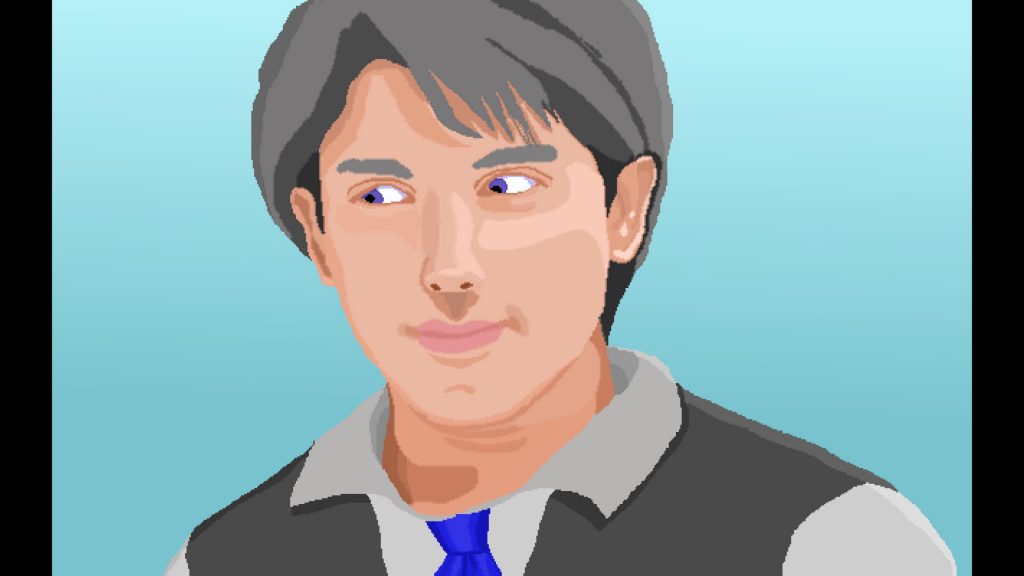 Here’s the thing, Trails and Traces is basically all the work of one guy. This is most obvious with the voice work. Yep, the entire game is voiced, but bar a couple of characters they’re all performed by one person, the developer. He isn’t, to put it kindly, a voice actor. This includes some rather suspect accents. The script itself is quite light hearted. I wouldn’t say funny, but it doesn’t take itself seriously and gets some inoffensive gags in there.

Which leads to the value prospect. This isn’t one of those one man indie devs that has somehow created a gem, this very much feels like an amateur project but the price is quite low. Being a Ratalaika published game you know it’s going to be cheap and an easy (double) platinum and both of these things are true. I completed the game on PS5 in around an hour, and you do need to complete it for the max, then I went through again on PS4 in about half an hour. You could do it quicker if you skipped all the dialogue. So that’s two platinum trophies for £4 in less than a couple of hours. There were, unsurprisingly, no differences between the two versions that I could tell. 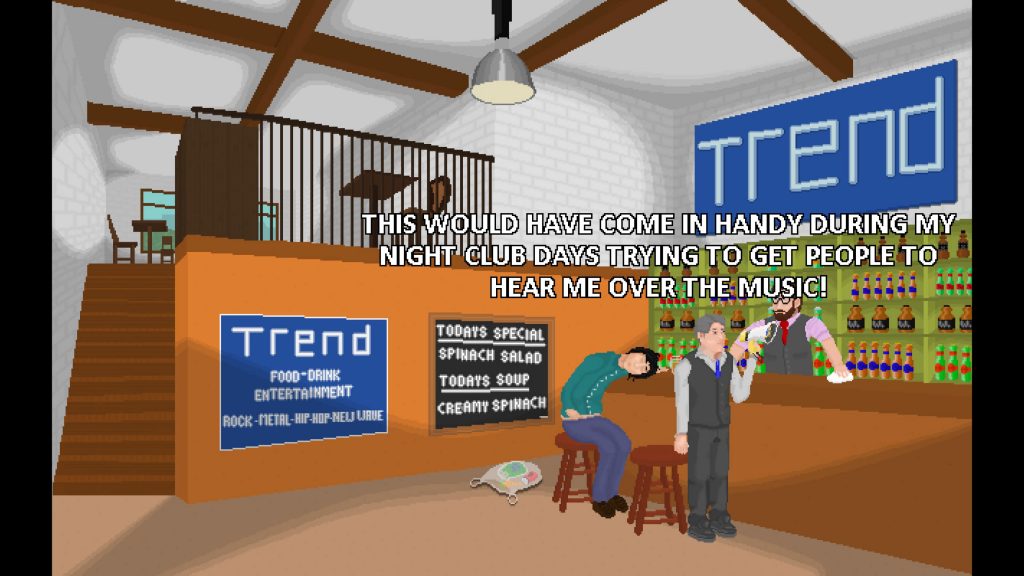 Trails and Traces: The Tomb of Thomas Tew is a relatively enjoyable experience for that time, but it won’t particularly stick with you. The presentation is very poor with weak graphics, animation and voice acting but the slight adventure will keep you entertained for the running time despite not offering up much of a challenge. ‘Fans’ of Ratalaika games have played much worse and the change in genre is very welcome. A tentative recommendation.

Trails and Traces: The Tomb of Thomas Tew
5 Overall
Pros
+ A decent script
+ Some fun, if relatively simple, point and click puzzles
+ Two platinums for the low price of one
Cons
- Very poor graphics and animation
- Amateurish voice acting with some dubious accents
- Controller quirks
- Short and pretty straightforward
Summary
Trails and Traces: The Tomb of Thomas Tew is a point and click adventure game with two easy platinums. It's pretty ugly and the voice acting is very poor but the script is alright and the puzzles, though simple, will keep you reasonably entertained for the short running time.