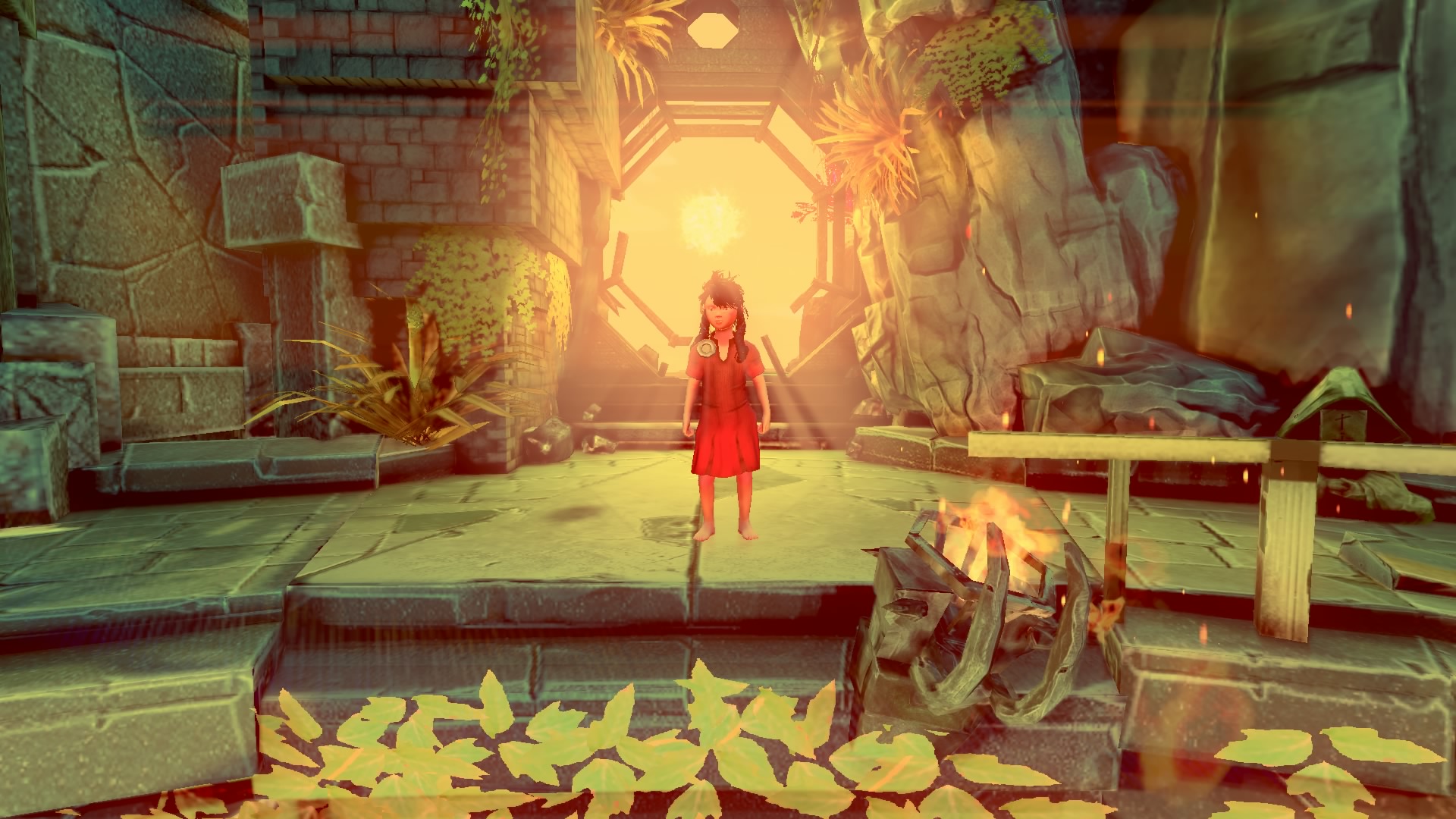 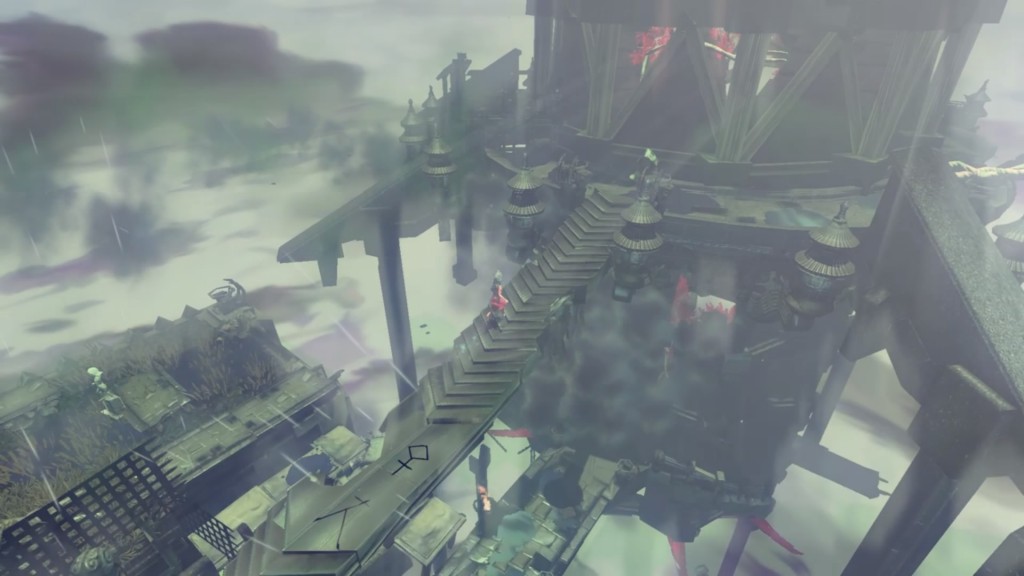 Toren is about life and rebirth, dark and light, good and evil.  Toren takes place over a lifetime, but is also over in such a short time.  Toren is memorable.  This is the first outing from Brazilian developers Swordtales and, in its simplest guise is a platform game with a female character that needs to scale a tower in order to save humanity.  However it is much more than just a platform game and the way in which the story is told and developed is intrinsic to, and makes, this game.

Bearing an uncanny resemblance to ICO, Toren uses the same kind of art direction which made that game so memorable and the fantastical setting feels somehow related to ICO’s world.  With washed out colours and filters to make the screen dance on the edges of blurriness, Toren is red hot with vivid oranges and deep reds painting a wonderfully mystical world.  In this world the sun is immobile in the sky and everything is baked underneath its searing heat.  The art direction really is lovely and the overall feeling of otherworldliness conveyed by the use of colour and shape is fantastic.

You start playing this game as a baby, and at stages throughout this game you will grow and change until you are a mature woman.  Throughout all this Toren keeps the controls simple and you navigate the world using just three buttons.  Although the controls are simple at times they did feel somewhat unresponsive, with navigation of the world and any fine actions sometimes feeling a bit sluggish.  There were a couple of instances of me clipping through the edge of platforms, but these didn’t ruin the game.  I also experienced a couple of episodes of a sort of graphical stutter rather than full on slow down.  These factors do add to a general feeling of a game which is on the cusp of breaking down.  But overall the game played well, never crashed and remained playable throughout. 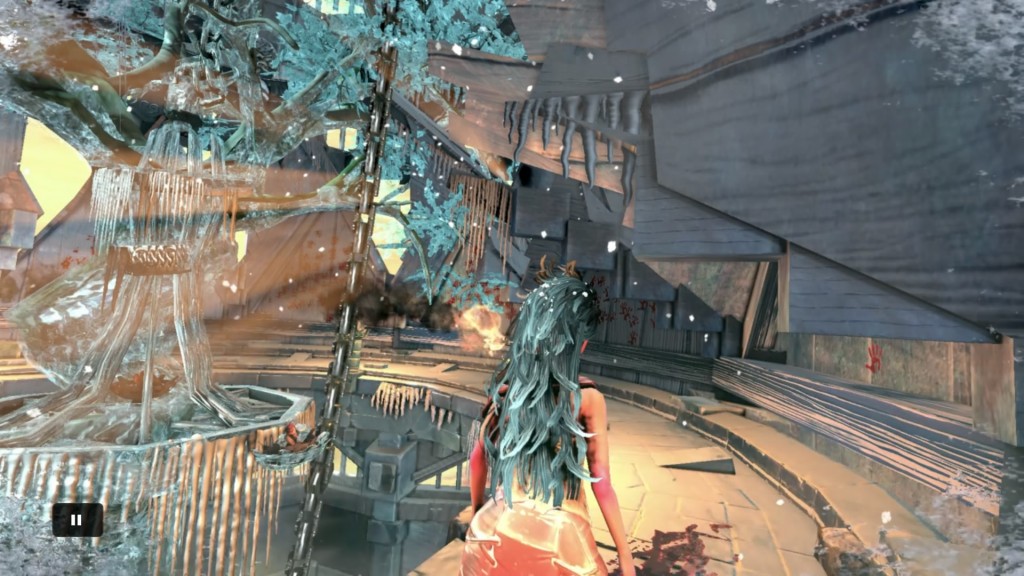 Nothing is too difficult here and death isn’t penalised too much, with you just being sent back to the last checkpoint.  The challenge therefore comes in the form of simple environmental puzzles and how to navigate the locations, or in discovering the next area to travel to.  Nothing within this game raises much of an obstacle to overcome and I completed this within two hours on my first playthrough.  Whilst this is really very short my time with the game was rewarding and left me wanting more, which is better than a game outstaying its welcome.

There is a great depth to the story in this game, with the mythology explained to you in frequent use of rhyming verse.  Upon your death, or when you interact with certain objects you will be given a bit more information about the story.  Maybe because this is a game from a culture I’m not familiar with, but I found the story to be unique and otherworldly.  I’d be lying if I said I fully comprehended all that was explained, however this is conveyed in such a wonderful way that it is really engaging and set me thinking. 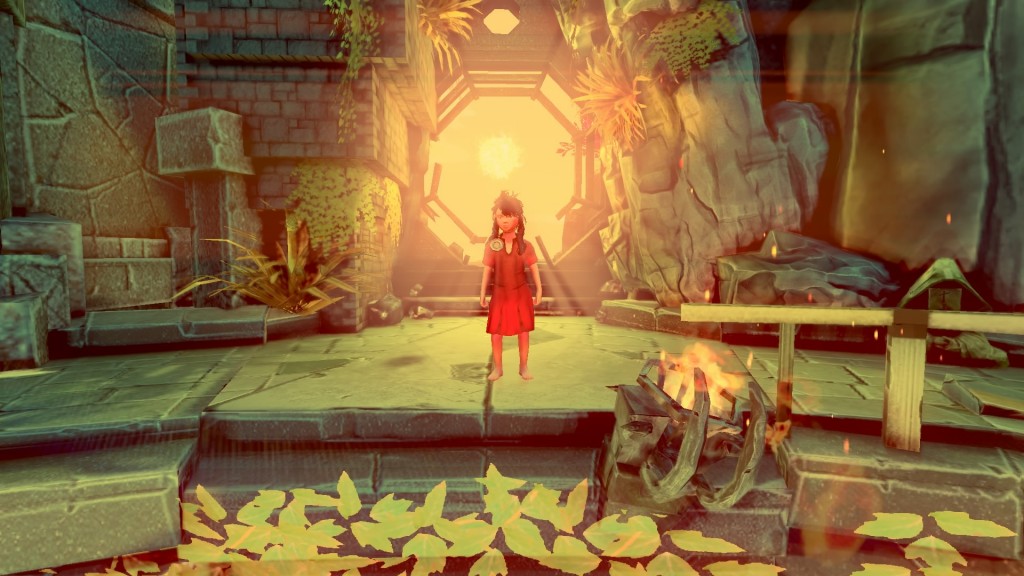 There is limited incentive to replay the game as you are offered no highscore table and there are no collectables or rewards to be unlocked.  The majority of the trophies are also story based and there is no platinum on offer.  However as I’ve alluded to above Toren is a journey of discovery and the reason to play this is to experience its story first hand.  In the short running time this game manages to tell a more thoughtful and interesting story than many other bloated triple-A titles manage over fifty plus hours.

Scoring Toren is problematic because as both a platformer and a puzzle game Toren is lacking.  However, as an experience Toren is something special, and on balance Toren is a game which you need to play.  Not because the gameplay is flawless, and not because it offers great challenge, but simply because it allows you into a world which is both beguiling and magical and your journey to the top of the tower will be reward enough.

Toren
9 Overall
Pros
+ Lovely art style, reminiscent of ICO
+ Easy to play with no difficult controls
+ Leaves you wanting more.
+ Beguiling story told in a unique way.
Cons
- Very short, can be completed in two hours.
- Some rough edges in the form of slowdown and clipping issues.
- Almost zero replayability.
Summary
Scoring Toren is problematic because as both a platformer and a puzzle game Toren is lacking. However, as an experience Toren is something special, and on balance Toren is a game which you need to play.