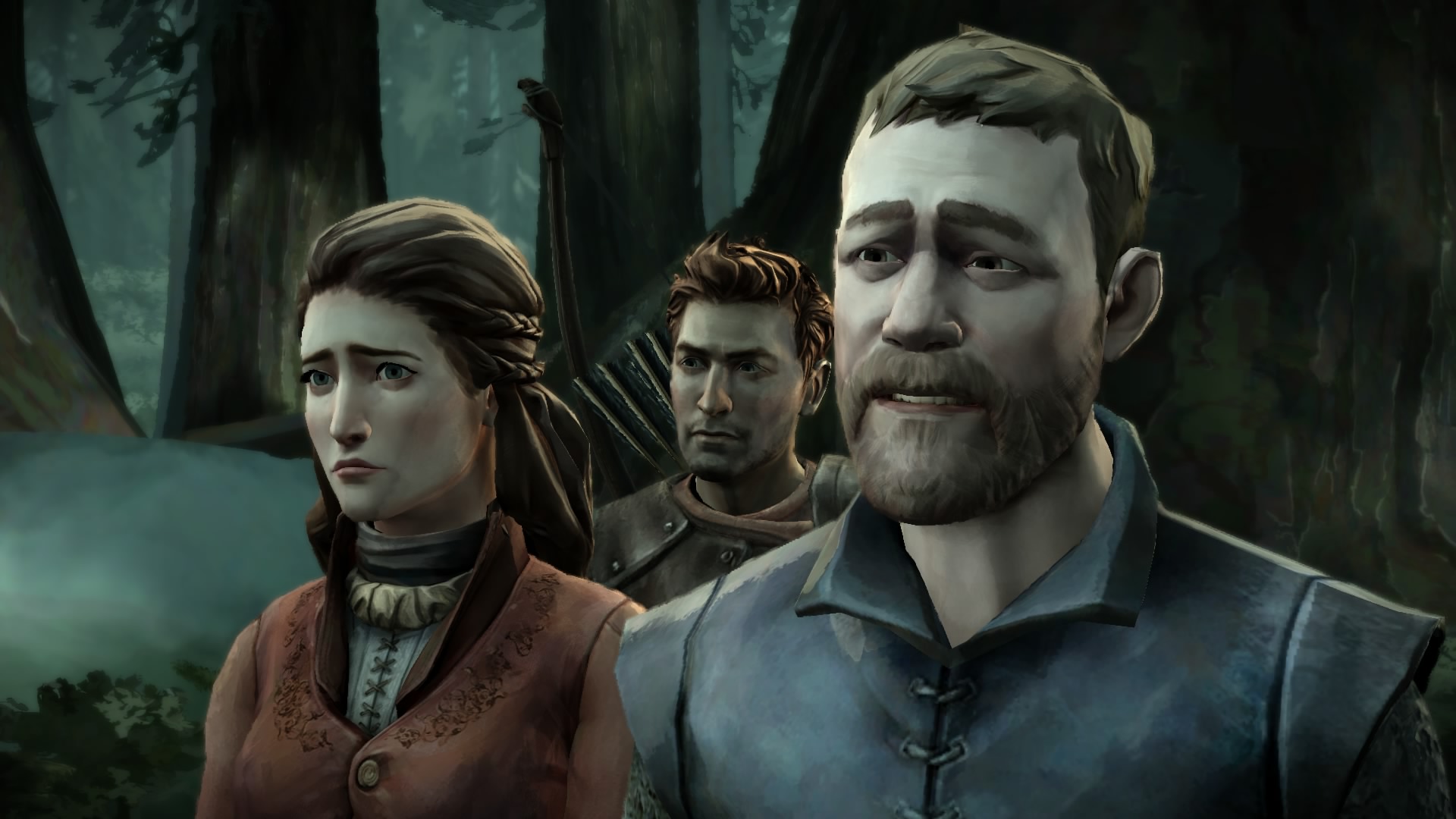 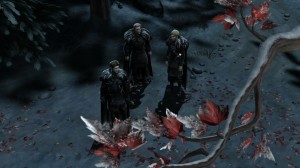 Back to Westeros and to episode 4 of Telltale’s take on Game of Thrones, Sons of Winter. My expectations were low when I started Sons of Winter as the previous episode had been lacklustre, as our previous review highlighted. However as testament to the strength of the story being told I was interested to see where it would go next.

As far as the mechanics of the game go it’s very much business as usual with lots of dialogue, and limited time in which to make your choices. If you’ve played this far you know what you are in for, lots of conversations, lots of choices and some limited action. The graphics retain the painterly approach from the earlier episodes and consequently are still hit and miss, with the backgrounds looking stunning but the character models less so. The voice acting continues to be of a high standard and once again you’ll bump into the stars of the show along the way.

This episode has significantly more action than previous episodes with many more memorable moments. Within this game you’ll be eavesdropping at parties and executing stealthy assaults on enemy locations. This time round each character is given their moment to shine, with some stand out scenes which are genuinely tense. This episodes action sequences also result in there being more interaction for the player, with more quick time events and more areas where you can walk and explore your surroundings. The way these are implemented are huge improvements over Episode 3, and addresses one of main concerns I had with the previous instalment. 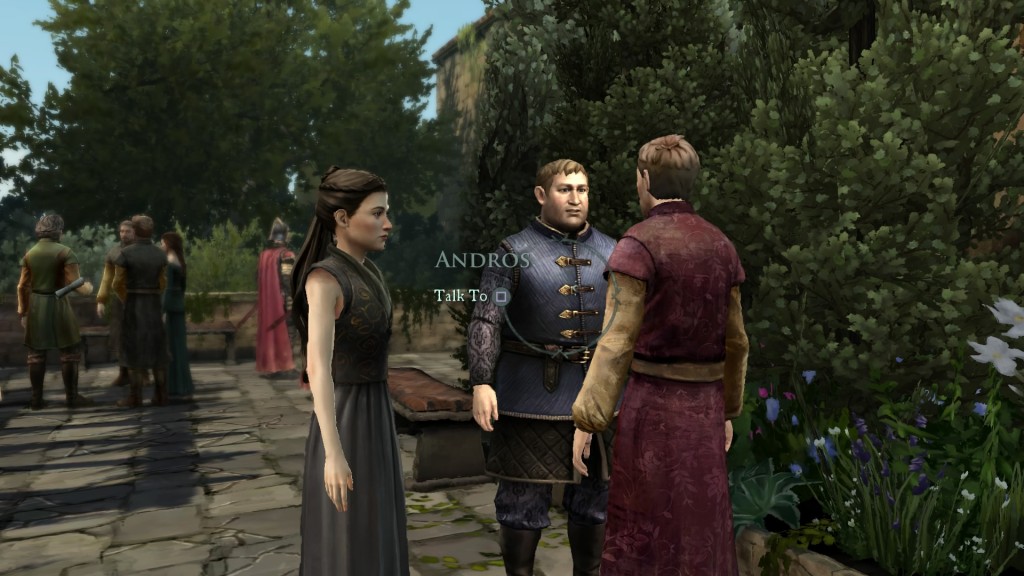 All aspects of the story are buoyed along with the use of official music and art and this time the story is kept moving along with progression for all the characters involved. Once again it’s nice to see references to the TV show, this time it’s Tomen’s Coronation and Jon’s trip to Crasters Keep which are referenced. The clever way Telltale have intertwined events from the TV show with their game makes you feel part of the wider Game of Thrones story and is one of the games greatest strengths.

Being a game based around choice, and the consequences of these, I never felt unfairly treated here. Some of the repercussions of earlier decision I’ve made are felt in this episode, but none feel unfair or unforeseen. I also felt there were genuine ways in which my choices were changing the story. This feeling of control over the direction of the story is carried off well, and certain scenes can become tense as a result of the choices you are faced with. 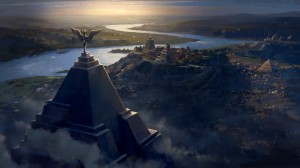 In keeping with the previous episodes, this game does have some stability issues. During my time I experienced couple of instances of character models popping in and out of scenes, and in one instance of a character’s head turned to leaving their eyes looking forward and looking like something out of the exorcist. In a game which is narrative driven instances like this really affect how attached to the story you are. However these weren’t game breaking, and didn’t repeat when I played the scene again.

In judging this game you have to consider the previous episodes to see where this falls. Overall the only factor which differentiates this from the earlier episodes is the story being told. This episode strikes a good balance between telling the story and providing some interaction, with the result being a much improved experience. Sons of Winter is a worthy instalment in this series, and whilst it is unlikely to attract any new fans, it caters well for those already playing and works as a strong incentive to see what will happen in the next episode.

Game of Thrones: Episode Four – Sons of Winter
7 Overall
Pros
+ Much improved storytelling over previous episodes + More interaction, and interesting action scenes + Great use of official licence, making you feel part of the world. + Great voice acting.
Cons
- Some minor graphical issues - The art style is very hit and miss. - It is still basically a talking story book and is unlikely to win over any new players.
Summary
Overall the only factor which differentiates this from the earlier episodes is the story being told. This episode strikes a good balance between telling the story and providing some interaction, with the result being a much improved experience. Sons of Winter is a worthy instalment in this series.