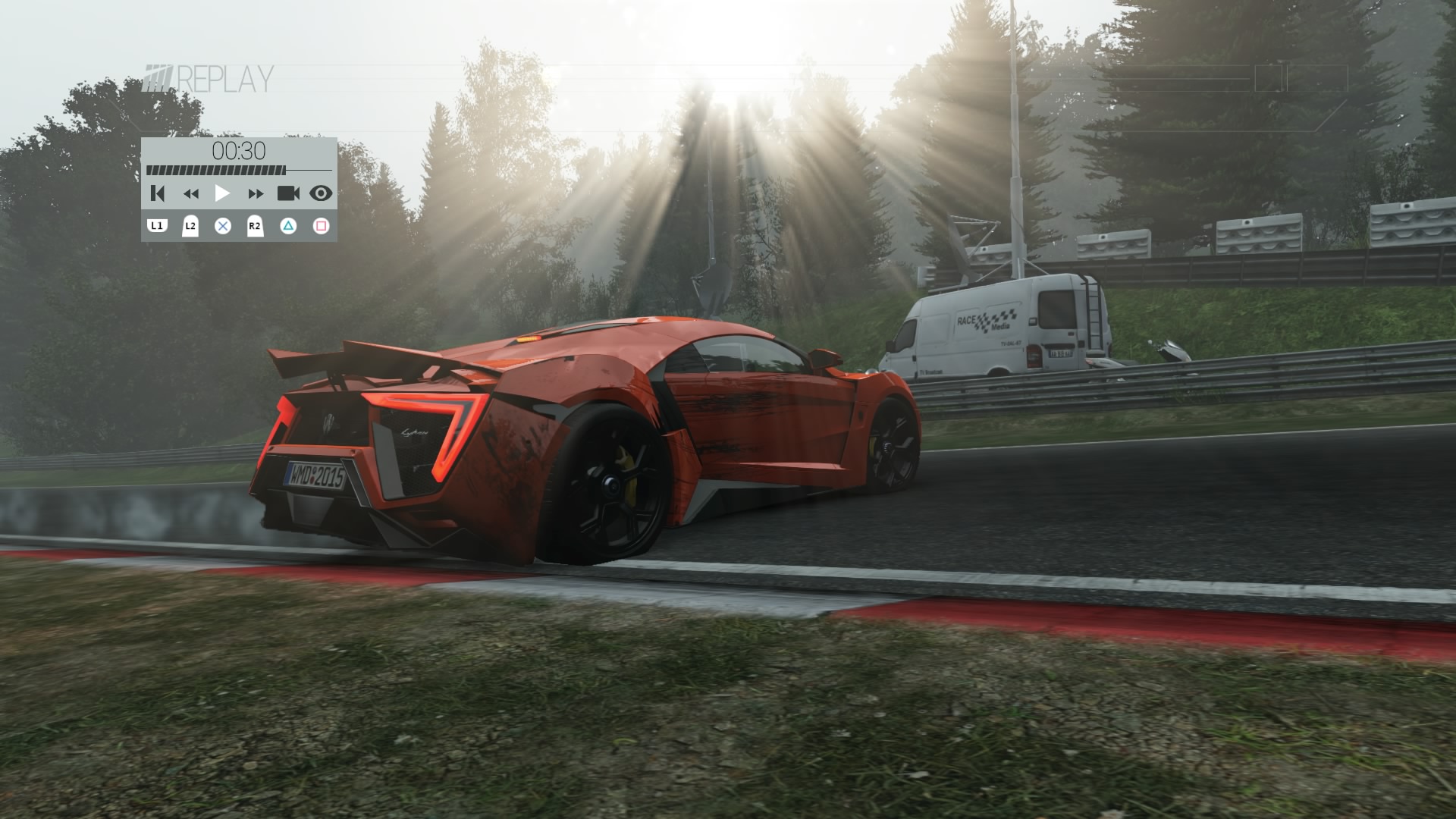 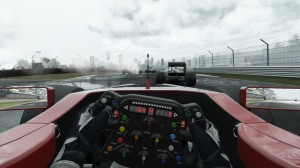 Slightly Mad’s crowdfunded, community focused racer, Project CARS, has finally arrived after numerous delays.  With the PlayStation 4 still fairly light on competent racers, the former SimBin employees are returning to their roots in an attempt to provide the platform with a simulation-heavy but, ultimately customisable experience.

For all the setbacks, the finished product delivers a substantial amount of polish.  Visually, the game astounds with some brilliant lighting and some well-modelled vehicles.  Vehicle cockpits feature great amounts of detail and engine’s bellow like demons to enhance their individuality.  The game features day/night cycles and a tremendous changeable weather system which add to the look and challenge on offer.  Environments have a good sense of depth to them and little touches like rubber marbles lying off the racing line add to the idea that the track surface is a living thing that could change lap after lap.

Project CARS features the standard game modes such as time trial, quick races and standalone race weekends which you can tackle with any of the game’s 60-odd vehicles.  All content is available from the outset which allows players to pick their favourites or jump into something new without being restricted.  This extends to the game’s staggering track list.  Over a hundred circuits at thirty of the world’s most famous locations are included in the package.  The usual Nürburgring appearance is accompanied by smaller British venues such as Snetterton and Cadwell Park so the intention is to provide a track diversity to rival the likes of Gran Turismo.

The main single-player meat of this game is career mode.  This features eight tiers of racing and there are three historical goals you can opt to chase but, in-keeping with the game’s philosophy of player choice, you could start at any level.  Historial goals such as the familiar karting to prototype racing encourage you to see all the disciplines Slightly Mad have gathered together but that’s entirely up to you.  Its a varied mixture of open-wheeled racing, touring cars and prototype racing so there’s a real sense of progression as you move to faster machinery and master the learning curve that goes with it.  Its a pity the car roster doesn’t pack some of the more niche series with more than two cars.  Entering into classic Touring Car races only to discover grids are packed with numerous cars of the same type rob you of some sense of diversity.  Hopefully DLC content will bolster some of these fledgling criteria. 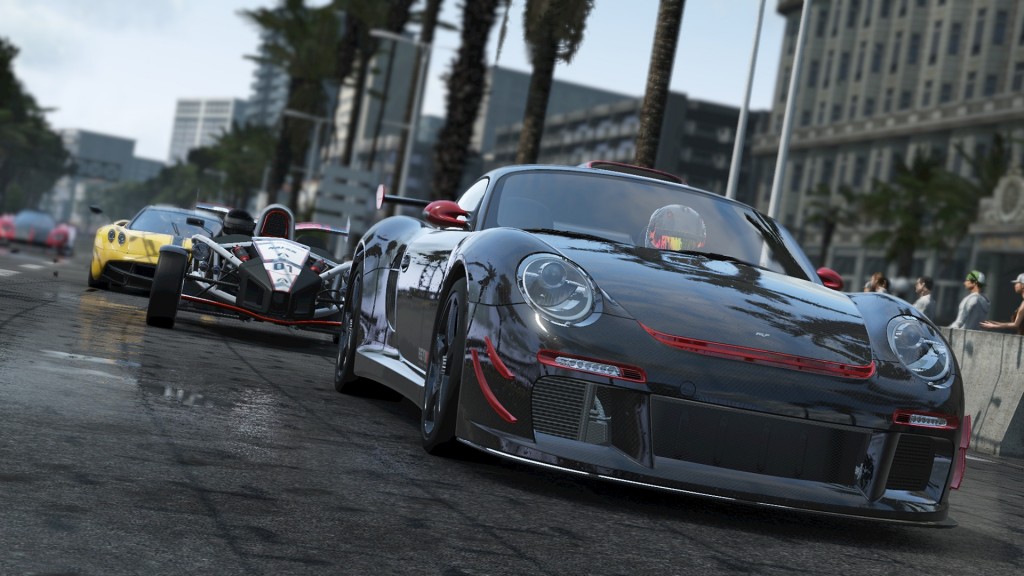 If you were in any doubt of where Project CARS, the handling should inform you how much of a simulation this is.  Controls feel responsive but as you climb through the ranks the increasing torque makes mastering these beasts is an exercise in practice and patience.  Its rewarding and, with no flashbacks or rewinds on offer, racing offers a risk which helps heighten the feeling of success. Various driving assists are available to bring the challenge down to a more acceptable level but the element of danger never really dissipates.

Perhaps the most impressive aspect of Project CARS is the sheer number of options you can tinker with.  Along with driving aids there’s a multitude of controller aspects you can tweak from throttle sensitivity, dead-zones and complete button remapping.  You can queue up weather effects to come into play during races and race at any time of day or night.  AI competency can be scaled to a degree you see fit. They’re definitely aware of your presence most of the time and provide plenty of resistance, although there are definite cases in packed tracks where the opposition plays dumb.  Its an area that still needs fine-tuning and can spoil a good race. 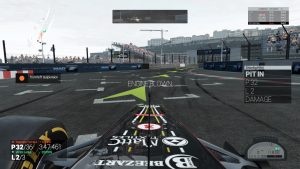 The online aspects feature the usual single race modes which can be tinkered with much like their single-player counterparts.  Unrestricted grids can provide serious mayhem but for those wanting a little more structure, community challenges are on hand to give you some bragging rights over complete strangers.  These mostly seem to be time trials akin to those seen in the more recent Gran Turismo games and they could provide the game with some longevity for those wanting online competition.

Slightly Mad’s passion project has provided the console devotees with a mostly brilliant simulation experience that, whilst not for everyone, offers enough customisation and choice to entice curious gearheads towards Project CARS.  We’ve waited a long time but the Playstation faithful have a great racing game to sink their teeth into.

Review 0
8 Overall
Pros
+ Visually impressive + Infinitely customisable + Varied track selection
Cons
- Some car types are under-represented - inconsistent AI - Glitches reported at launch
Summary
Project CARS is a packed racing sim with a multitude of options to tinker with. It delivers a solid, deep driving experience whilst looking visually appealing. The track selection is staggering and, whilst the launch has been a little ropey and there's inconsistencies with the AI, I'm confident these can be ironed out over time. At this point, there is no better racer on the console.