The Legend of Tianding comes to us from Creative Games & Computer Graphics Corp in conjuction with Taiwan Tech (aka National Taiwan University of Science and Technology) and Taiwanese publisher Neon Doctrine. So far so Taiwanese! According to Wikipedia, this is a fleshed out version of a 2004 Flash game which you’ll be forgiven for being unfamiliar with. Switch and Steam players have had this game since late 2021, so we guess it did well enough to warrant a PS4/PS5 release into the bargain.

The titular Liao Tianding is a real-life Robin Hood styled character who was active during the Japanese occupation around the turn of the twentieth century. He became a powerful symbol of resistance against the Japanese oppressors of the time, becoming deified in the wake of his death in 1909. The events in this game are loosely based on his antics, including one notable heist where he stole weapons from the occupation forces. 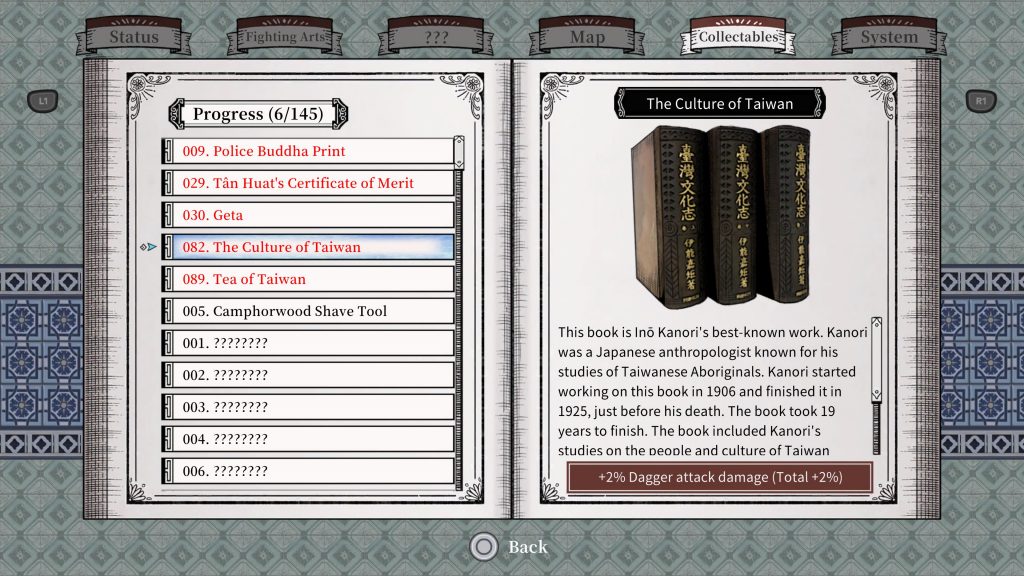 This sets us, the player, up with a depiction of a time generally not seen in games, not to mention the setting in Taipei itself. We’ve seen Hong Kong, various Japanese locales in the Yakuza and countless depictions of China by way of any number of kung fu games.

Rather than the apparent petty thief and general pain in the arse to the authorities that Tianding likely was in real-life, you’re very much reminded you’re playing a game here. You see, our man is very much a disciple of kung-fu with a fine line in disarming enemies with a ribbon attack. Initially we found ourselves a little bit disorientated, but after a while we were taking on entire groups of enemies and turning their own weapons against them.

In addition to the base abilities, you’ll also learn new skills from your master and by way of the almost hundred and fifty collectibles scattered around. As you get tooled up, you almost begin to feel sorry for the enemies you’ll be dispatching. The collectibles are available from beggars you meet on the street as well as found in treasure chests in the levels. They provide a nice slice of background flavour even if some feel a little anachronistic in terms of their inclusion. We get it, but why include a book published in 1925 when the game is set fifteen years prior? 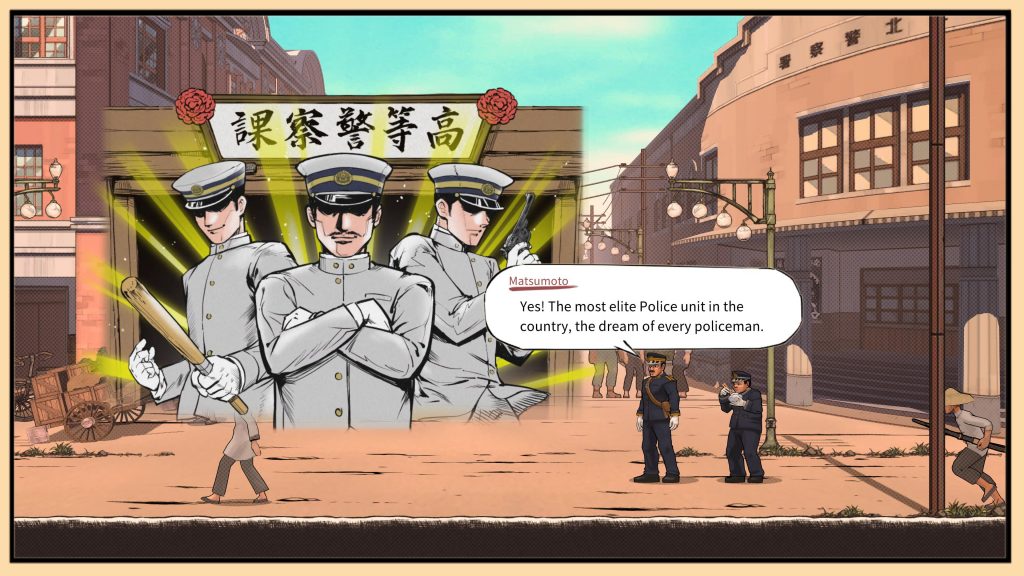 The Legend of Tianding is broken down into distinct chapters, the first of which serves as a light introduction to those held in contempt by the populace, namely collaborators like the corrupt tea merchant you’ll lock horns with. Admittedly, the game takes a little bit of licence in this regard in depicting main antagonists as boss fights, but it’s fun enough. Even if we did find ourselves dying repeatedly against one early boss yet beating two subsequent bosses without succumbing.

Generally the gameplay flows well with fights against the occupying forces and other enemies being fun and rarely descending into feeling unfair. The ability to dodge comes into its own as do the special moves you’ll unlock throughout. The art style might seem a little sterile from our screenshots, but in action it’s bustling with life and feels like a period piece in motion. Additionally, the music fits the mood well too. 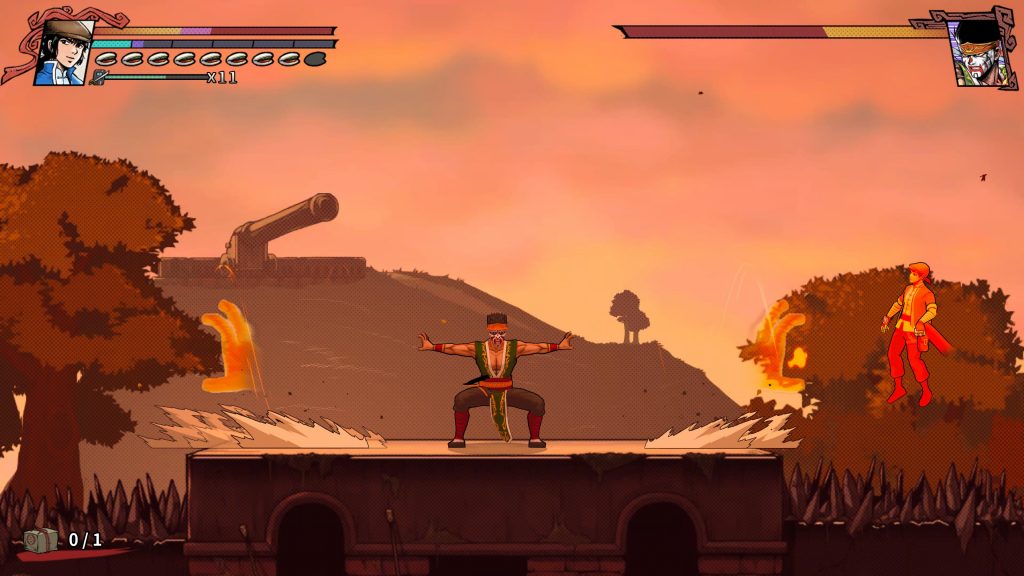 Between the four main areas to explore and the associated boss fights, you’ll engage it what might feel a little like busywork from various NPCs, but you’ll do well to carry out these tasks as by increasing your standing with them will lead to your being given health and stamina boosts. Additionally, you can upgrade your main weapon and increase the number of pork buns you can carry. These are functionally first aid kits and by the time you get towards the latter stages of the game, you’ll be perhaps a little too well prepared.

You’ll meet an NPC at one point who’ll teach you how to play a local Taiwanese card game though this reviewer was just as baffled playing it as when they tried that Gwent game in the Witcher series. Thankfully this game is entirely optional outside the introductory game, though somehow we won a match even if we don’t quite understand how or why. 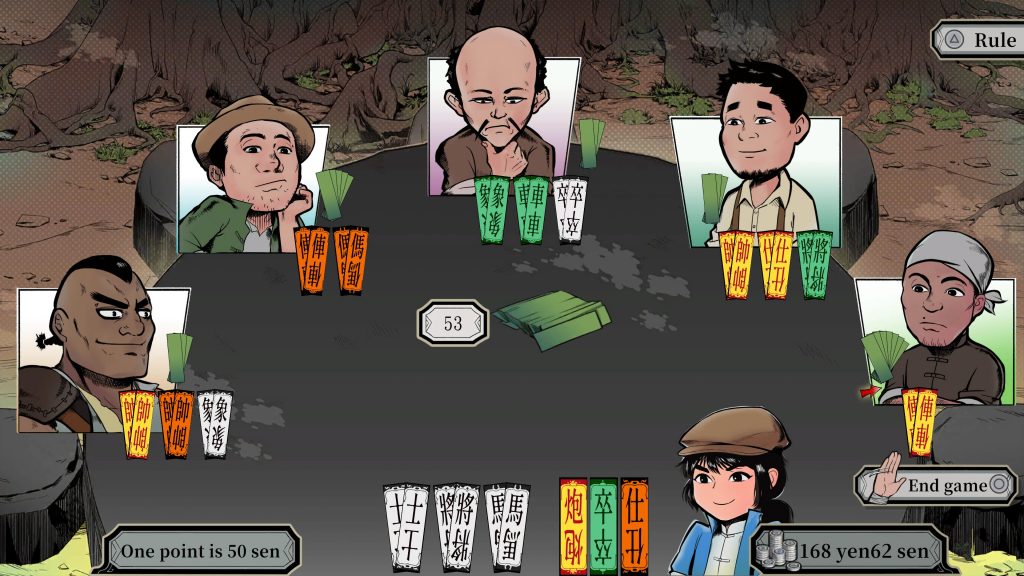 The Japanese security forces are depicted as well meaning and generally principled for the most part, at least until the chief antagonist shows up and goes full bastard. Think Vega/M Bison from Street Fighter II type lunacy. There’s also shadowy chive obsessed types depicted in cutscenes, it’s all quite amusing and a bit baffling. Perhaps they’re revealed to be the real reason Les off Vic Reeves is scared of chives. That all made sense inside our head before we typed it, trust us.

In a late game act, there’s twist after twist, though seasoned gamers may well have seen something coming a while off already. We certainly did. This sets up a final climactic act that we’ll spare you the description of, lest we spoil it for you. It’s a fun yarn at any rate, if a little cliched at times. 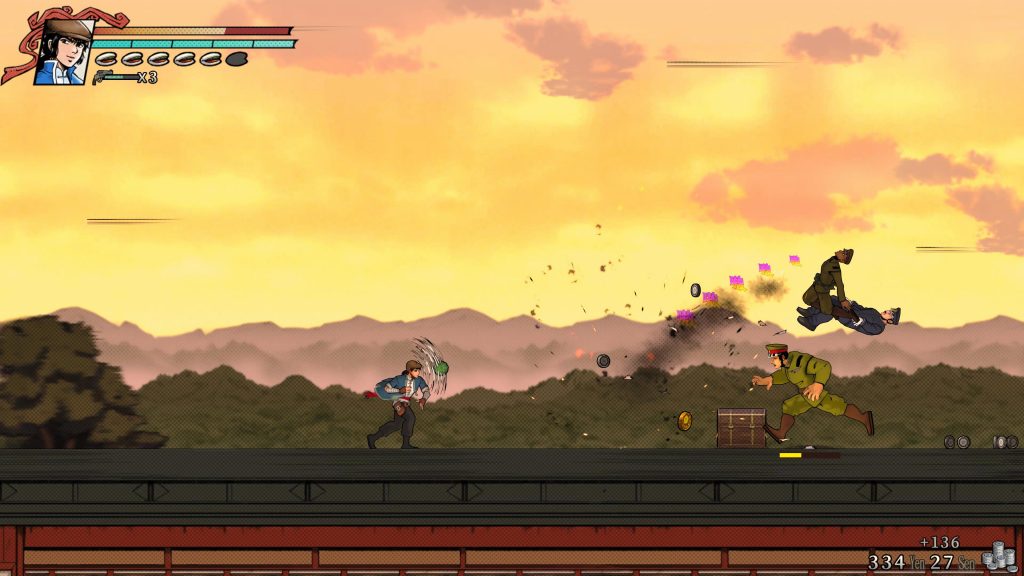 In a bid to ensure you play through at least twice, you’re forced to make two distinct binary choices, each of which garners a different trophy for you. It’s bit cheap to immediately autosave afterwards, though those wise to it will probably be downloading their cloud saves within seconds to get both in one fell swoop. Thankfully The Legend of Tianding is relatively short and quite fun with it, so we might well even replay on the harder difficulty at some point.

During one lengthy setpiece we found ourselves stuck between train carriages with no obvious means to unlock the doors. We almost quit out altogether, but thankfully the weird glitch was remedied by pausing and unpausing.

In conclusion, The Legend of Tianding is a fun action platformer with a nice line in combat and traversal. The local flavour added by the collectibles is most welcome as is the setting and location. For a glimpse at how life was for the populace under Japanese occupation, this is no doubt sugarcoated a little, just as those in mainland China may write this off as nationalist propaganda. For everyone else, enjoy! We certainly did at any rate.

Cons
- Occasionally glitchy
- Story related binary choices seem mean spirited
- By the end it almost feels unfair when you've unlocked all your abilities
- Perhaps a bit short for some tastes
Summary
The Legend of Tianding is a fun action platformer set in colonial era Taiwan. We had a whole lot of fun, but we just wish it was a tiny bit longer. The collectibles might seem like a chore but the fact they unlock new abilities and provide interesting background, we didn't begrudge them at all.

One thought on “The Legend of Tianding – PS5 Review”