With the Vita barely surviving on Ratalaika scraps the Trails series of games has had to jump to the PlayStation 4. I reviewed The Legend of Heroes: Trails of Cold Steel and it’s sequel on the handheld and found them to be fantastic JRPGs, reminding me of a time when they weren’t focused solely on fan service and obnoxious characters. I’m in the odd position of writing a review when if you’re already a fan then you need to get this game, no question. If you’re not but are interested then you should start at the beginning and play the PS4 conversions (or the Vita originals, if you want. They’re also on PC but this new title isn’t, yet) of the first two titles as although there are some additions to the game this is very much more of the same. Which is no bad thing. 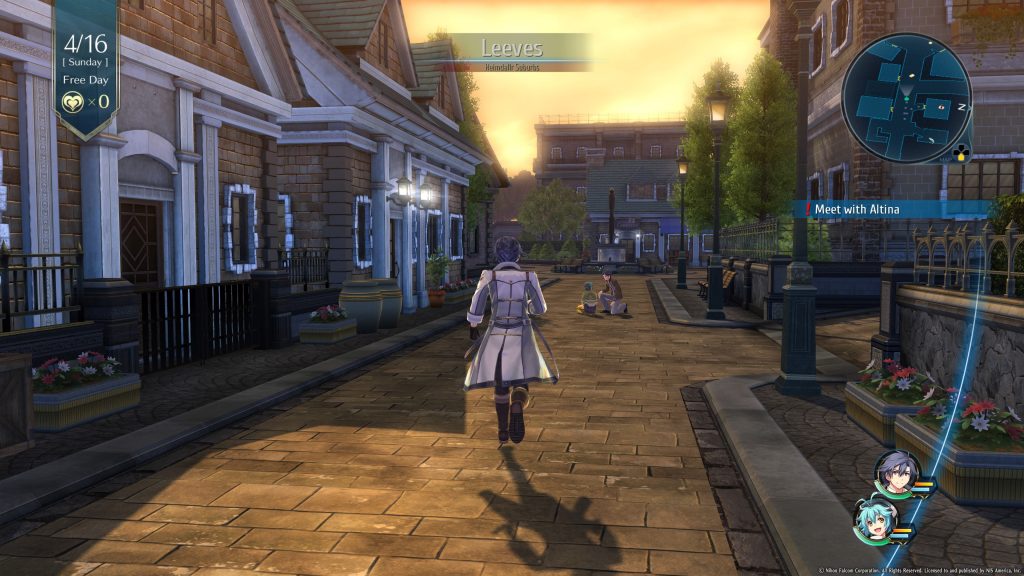 Naturally the story continues on with Rean now being the instructor of a new Class VII despite only recently graduating himself. This allows him to still be the main character, as his students form the rest of his adventuring party as they complete assignments for the school. Being a new tutor he gets assessed just as he did when he was a pupil. As there are a bunch of new students there are plenty of new characters to meet and get to know, whilst old favourites are off living their own lives but might just make an appearance. It allows the story to stand on its own, like a fresh new chapter and even returning characters get a reintroduction allowing new players to follow to a point.

Gameplay-wise things are much the same. The game is structured in days. There will be plenty of cutscenes (they can be quite long, but are enjoyable enough that it doesn’t drag) and then you’ll be given a list of missions to complete. Some will be required whilst some will be optional and will be labelled as such. Some will task you with running to and fro between characters to solve issues, others will require traversing some old fashioned JRPG dungeons. You’ll also get ‘Free Days’ which won’t involve any missions from the school, but lets Rean explore the location he’s in, pick up some informal tasks, talk to the students and fellow tutors. You can spend time with some to increase their bond, though these opportunities are limited so you’ll have to make some choices. 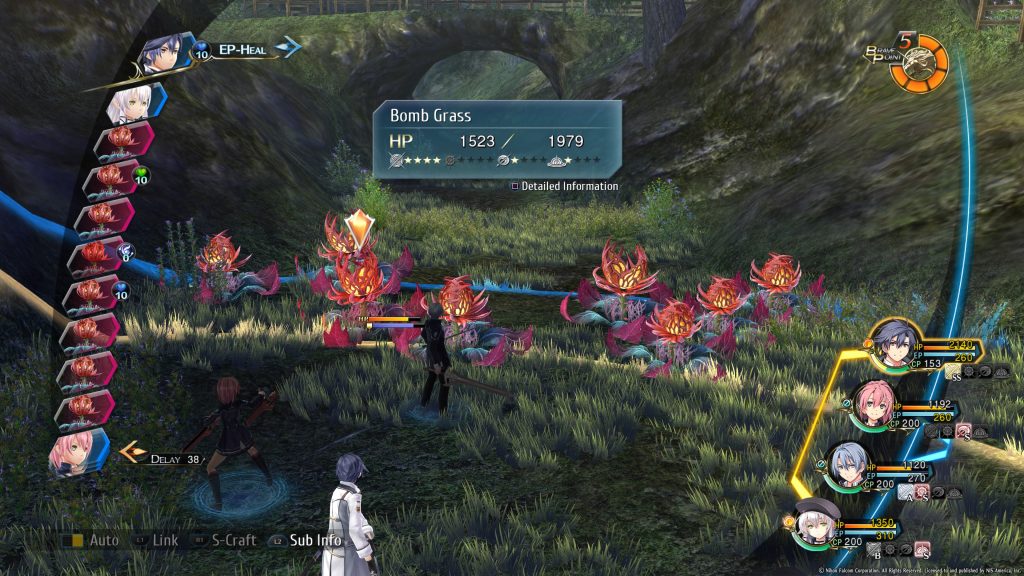 If you do go into a dungeon then you’ll encounter battles, with enemies walking around in plain sight allowing you to gain an advantage by attacking them and approaching from the back. Battles are turn based with an element of positioning as you can move around the arena to avoid area of attack zones. You can use basic attacks, spells (Arts, which take time to cast) or special attacks (Crafts) as well as a super, special attack (S-craft) and give Brave Orders which buff your party for a set number of turns. The most important aspects are enemy weaknesses, linking to a teammate and the all new break system.

Enemies are weak to certain weapons, with each character having a slash, strike, pierce or thrust weapon (some will be a mixture). When attacking you’ll have a chance to unbalance the enemy, depending on what weapon you’re using, which will allow for a follow up attack. Follow up attacks will grant you BP, used for the Brave Orders, or when you unbalance the enemy you can do a stronger attack, teaming up with the partner you’re linked with or your whole four person team. The enemy also has a break meter beneath their health, if you deplete this then every attack will allow for a follow up until they recover which is an important tactic for stronger enemies. Mech battles also return for certain set pieces. These look cool but are actually a more limited version of the main battle system. Falling in battle gives you the option to retry, or weaken the enemy and retry. This along with being able to save at any time makes for a relatively lenient experience. 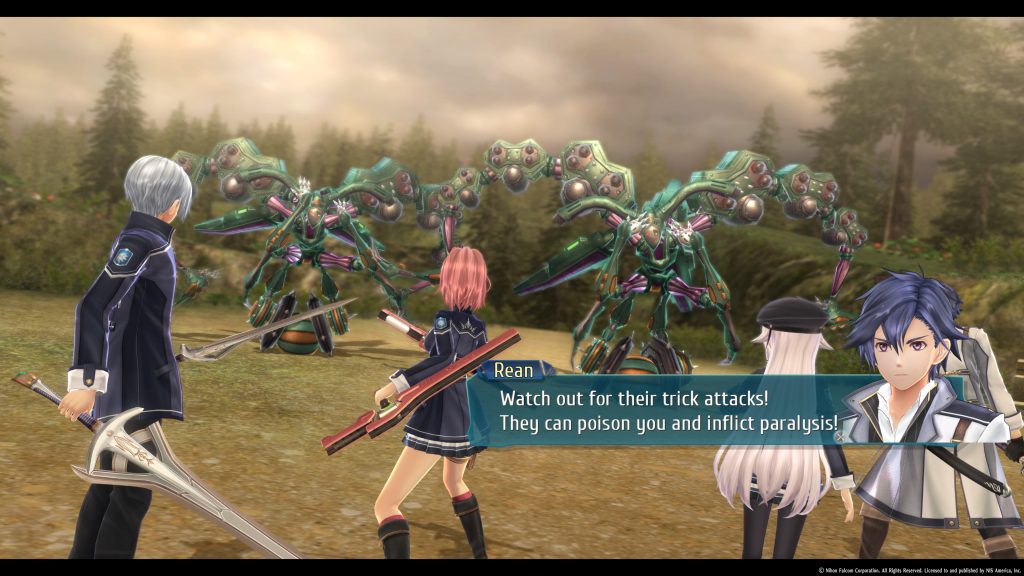 As with most JRPGs you’ll have some other activities to keep you busy as you play, with fishing (normally something I despise, but it’s inoffensive here) and Vantage Masters, a Magic-lite style card game which allows you to build your own deck. It gives you more reasons to interact with people as you explore the technically unimpressive, but still visually pleasing locations. Maybe it’s a budget thing, or perhaps it’s a carry over from the PS3/Vita, but character models and environments are quite simple, lacking in much detail, but the design does shine through.

The music on the other hand is fantastic across the board. Voice work is mostly good but intermittent, at least in English. You can also choose Japanese if you prefer. Certain scenes will switch between voice acting and not, which is a little odd but you’ll be enjoying the scene too much to worry about it. The world and characters are the stars in this series which is why you won’t mind the longer cutscenes and all the down time between dungeons. 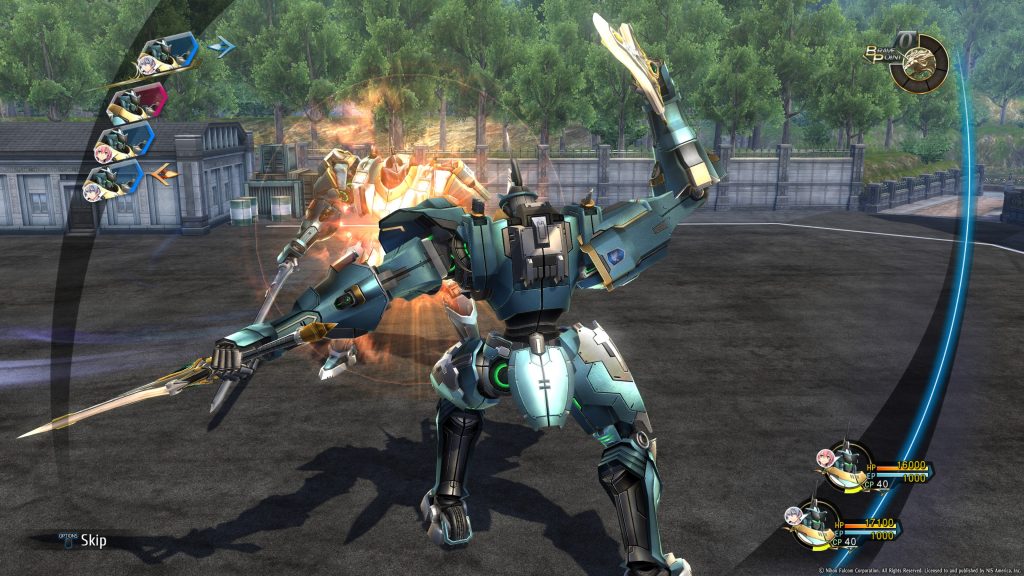 As I stated at the beginning of my review, The Legend of Heroes: Trails of Cold Steel III is an odd one to write about. Hopefully it introduces someone to the series and they seek it out, starting at the beginning (not to mention Trails of the Sky, which I have yet to play) to get the full experience. If you’re a fan already then you needn’t worry, this is still great. The story doesn’t finish here as a fourth instalment is already out in Japan which we’ll have to wait for, but this is a trail I’ve enjoyed traversing for hundreds of hours now and I look forward to seeing it through to the end, hopefully not too far in the future.

The Legend of Heroes: Trails of Cold Steel III
8 Overall
Pros
+ Fantastic world and characters
+ Already interesting combat is slightly improved
+ Great music
+ Story will keep you hooked
Cons
- Visuals are attractive but technically weak
- Can be slow going
- Not the full story yet
Summary
The Legend of Heroes: Trails of Cold Steel III is more of the same and that's not a bad thing. People who have yet to sample the delights of the series should start at the beginning but fans of the series, and JRPG genre, are sure to be drawn back in to Rean's tale before eagerly awaiting part four.

2 thoughts on “The Legend of Heroes: Trails of Cold Steel III – PS4 Review”