A Steam release in 2016, Flying Carpet games bring their journey of an unlikely duo to the Playstation 4. Reminiscent of ICO and other games about directing a couple from one area to the next, can this arrival on a new platform bring in some new faces into a bright world of castles and contraptions? 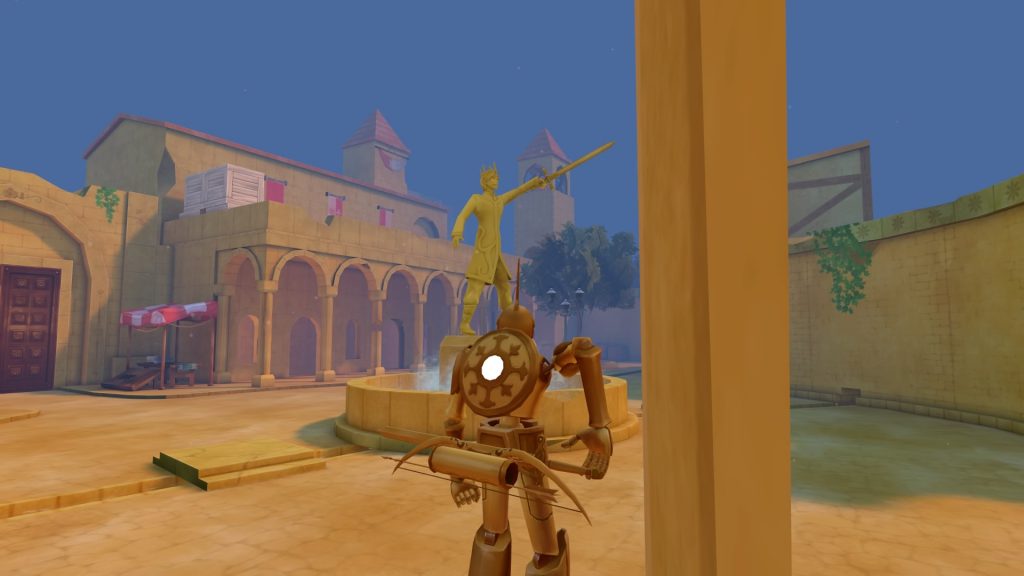 The Girl and the Robot is a fairytale effort about companions. The Girl is hunted down by an evil Queen at every turn whilst The Robot acts as her protector. It’s not a tale full of surprises and, with the experience lasting around three hours, it might not stay long in the memory. It’s an afternoon of effort with a small cast that feels directed at a younger audience. There’s very few moments of exposition but the plot doesn’t seem to impact, twist or strike a chord with me. I don’t feel the plot develops enough with moments of adversity all too brief and the visual narrative hasn’t really got the chops to convey more than some simple, worn tropes.

With an interesting painted look at its disposal, the fidelity on show seems a little behind the times. The game’s introduction appears to take place above the clouds and whatever atmospheric effects they were going for, fall very flat. Environments are bright but the chosen style doesn’t mesh well with the sanded castle walls. Character models fair a lot better with a nicely stylised complimenting their facial expressions and movements. With the storytelling being a very visual affair, the extra effort taken to animate the characters well is appreciated. The Girl has a particularly doe-eyed appearance that can be quite charming. Her compatriot carries a stern look of concern which fits him well. Overall, the visuals seem somewhat muted and any chances to impress are subtle and need to be looked for. 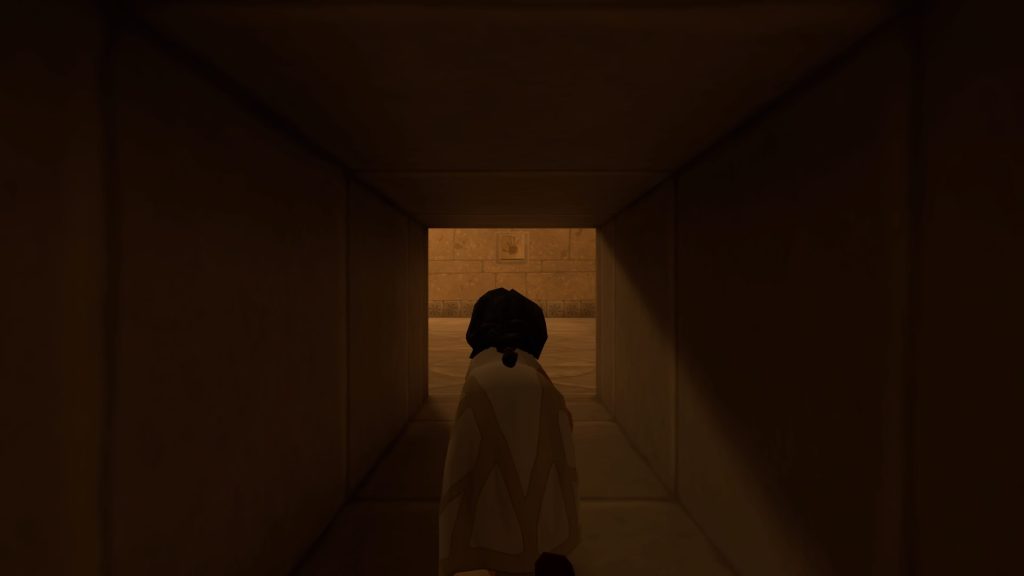 You’re tasked with managing both titular protagonists in a number of ways. You both navigate the castle, towns and mazes with the intention of getting each other from point to point. The Girl can reach places The Robot cannot. She has a handy, floaty jump which can take her to new heights whilst she can also enter small crawl spaces to gain access to new areas. She is, sadly quite defenceless and, if caught, it’s game over.

The Robot has a much larger focus on combat. His bow can be used to deal damage to the other robots you encounter, can play defensive with a shield and has a standard three-hit combo. All of these unfortunately feel a little unresponsive and clumsy. Most enemies will die in three hits and there’s a backstab mechanic available for quick finishers. I feel like your shield is too slow to raise to make it effective and found more joy with the dash move for avoiding damage. Taking hits will result in The Robot’s armour being damaged. The Girl can repair it, providing they’re next to each other but the stun effect delivered when taking hits can be problematic. It’s visually represented with your layers of armour being reduced with each hit. You can judge how close you are to death and the same rules apply to your robotic foes. 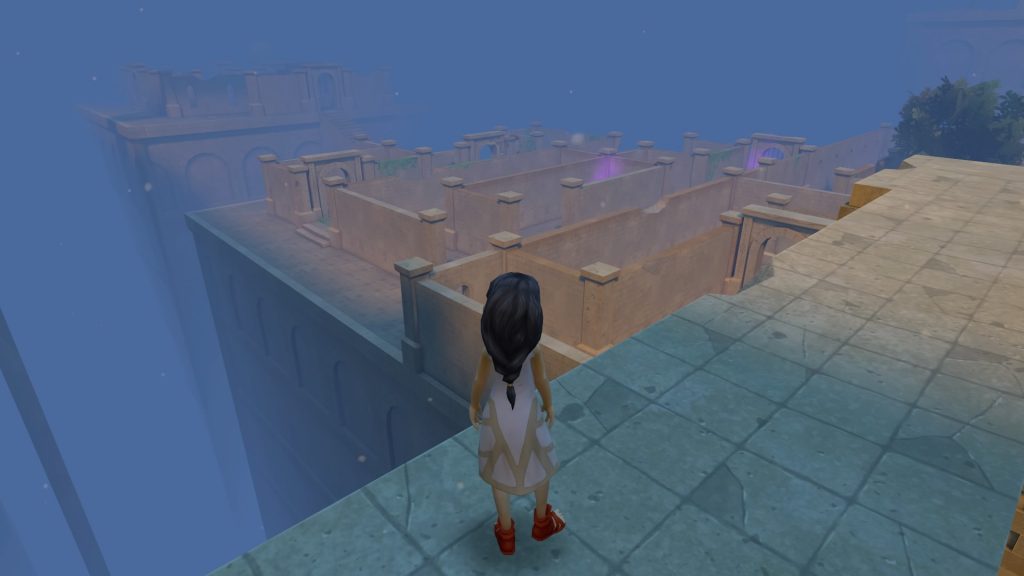 You ultimately have to utilise each other’s strengths to advance and, whilst the majority of your time will be spent solving switch puzzles, things can become more heavily attuned to combat. It’s not a complicated game with progression explicitly spelt out in very certain terms. That’s arguably why the controls disappoint me so much. Both characters have a dedicated button to run which also acts as a general use key. In certain situations, this control scheme can get the better of you.

As you advance through the game, combat becomes more prominent and your characters begin to spend more time apart. With that comes some peril and tension as both can feel exposed. The girl has no real combative qualities so clearing a route to goal with The Robot seems like the best approach.

It’s a game with fairly simple ambitions with some lacklustre execution leading to frustrating moments. Checkpoints are placed well with great frequency but that still can’t hold back my feelings that this game’s combat isn’t great to play. The quieter moments and dealing with the puzzles are nice and breezy. Managing the two characters and moving them around the level can show off some nice, intricate designs. Puzzle designs revolve almost entirely around switch mechanics with only a couple of late-game examples displaying a little variety. It can wear thin, even with the shorter play-time. 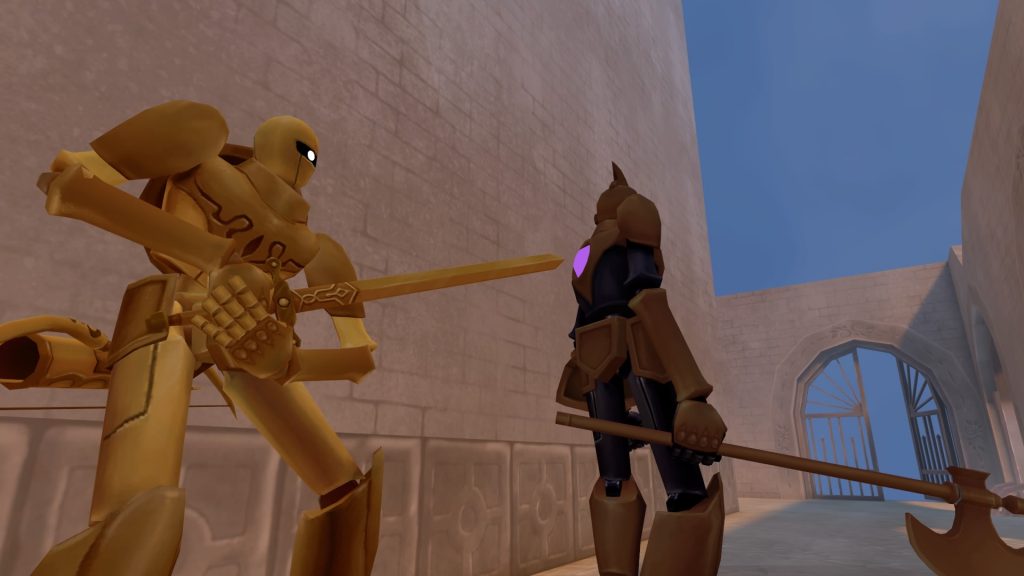 It’s a pity I’m finding this so mixed. The puzzle solving feels like the game’s strongest card with managing both main characters easy enough that you can focus on finding a solution. As soon as conflict rears its head, it somewhat dismantles the momentum of what should be a brisk, short affair. Too much time has been given to the mechanics of fighting for me to consider it an afterthought. It’s a failure of execution which ultimately sours the experience.

The Girl and The Robot
5 Overall
Pros
+ An interesting art style.
+ Nice looking character models.
+ Intricate puzzle designs.
Cons
- Environments look a little muted and bland.
- Standard fairytale plot which rarely builds or twists.
- Combat feels clumsy and unresponsive.
- Puzzles lack a little variety.
Summary
The Girl and the Robot feels like a small, basic package that does very little to establish something worthwhile. The puzzles are simple enough to grasp and navigating the two companions can feel enjoyable and rewarding. It's a shame it's hamstrung by combat which struggles to feel responsive or satisfying.