It’s fair to say that we absolutely loved The Ascent when it dropped earlier this year.  We were so impressed with Swedish software specialists Neon Giant and their debut title.  Part Diablo-with-guns, part Cyberpunk 2077-but-good, The Ascent mixed strong storytelling, unbelievably gorgeous settings and some truly excellent gunplay and we’ve barely shut up about it since.  So we were pleased to see that a nice chunk of DLC was coming in the form of Cyber Heist.

Well, it’s finally here and what you get for your money (a more than fair £7.99) is a whole new story mission, a handful of side missions and some melee weapons.  However, be warned, you’ll need to have beaten the original game’s campaign if you want to access this new content.  Thankfully, we had (sticking around for the Platinum afterwards too) and so we were able to access our old save and get into the new content. 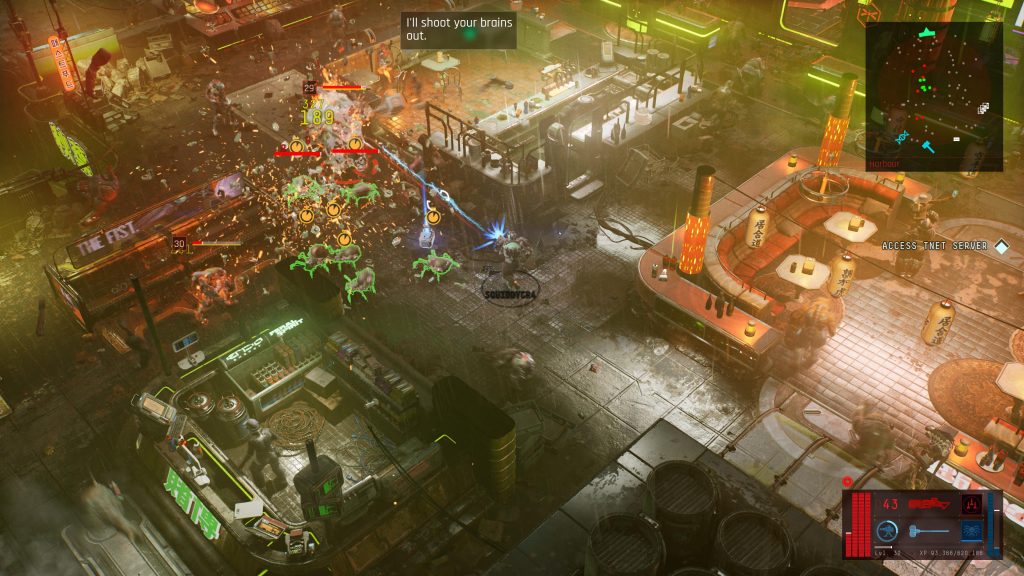 The story moves you away from the original arcology, Veles, to a new one called The Dark Playground where you’ll be working for an angry cockney who needs you to recover a weapon called the Ruby.  It’s a bit of a ‘macguffin’ plot device though and really all you ever find out is that this guy needs it.  He then sends you out into the new environment to track it down before it falls into the hands of some corporate security force, working for the Malhorst-Gelb Group, led by Zell, a fearsome character with an enormous sniper rifle.

You’ll be starting out levelled up from the original campaign and probably with a handful of maxed out weapons but the enemies in this DLC are all levelled up too.  You’ll find that your once dominating weapons will now only be chipping away at their defences rather than blowing them away.  Thankfully, the game is smart enough to remind you how to use your augments and gadgets knowing that you’ve probably had half a year off from playing it. 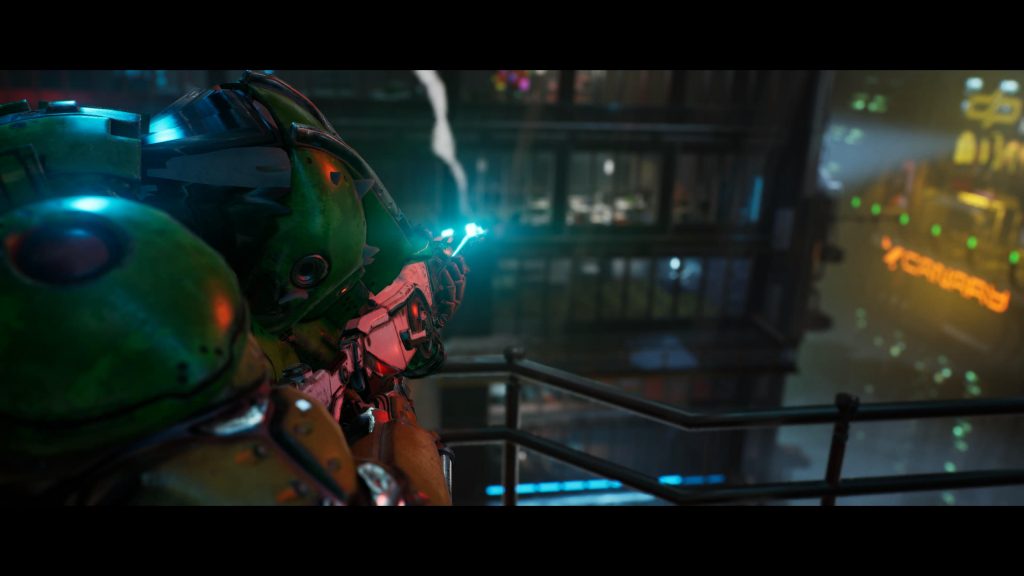 You also get new melee weapons though and you’ll likely have more than enough components to max them out immediately.  Once you do, these weapons (a sledgehammer and a katana) are incredibly deadly, smashing enemies into bits, mostly in one hit.  Of course, you’ll get a few larger enemies and bosses and they take a lot more skill to take down but the combat remains as fun as ever.  The long-range option still works but you’ll need to get reacquainted with the game’s excellent use of cover if you don’t want to die a peasant’s death.

That said, the main story is over pretty quickly.  You’ll likely be seeing and taking down the final boss within three hours with only the increased general level of difficulty slowing you down.  But along the way there are a couple of cool areas to fight through and some moments of note.  The side missions are even briefer though and really you’ll be finishing off everything within four or five hours in total unless you go searching for loot (which isn’t really worth doing).

On the plus side, we were more than happy to play a few more missions and the melee weapons are a lot of fun to mess around with.  It’s a shame that there isn’t just a bit more content though and we’d have liked The Dark Playground a lot more if it provided more unique areas and looked less like Veles.  In terms of presentation, everything still looks and sounds great, as you’d expect from The Ascent.  And while the story is a little thin, the voice acting sells it reasonably well. 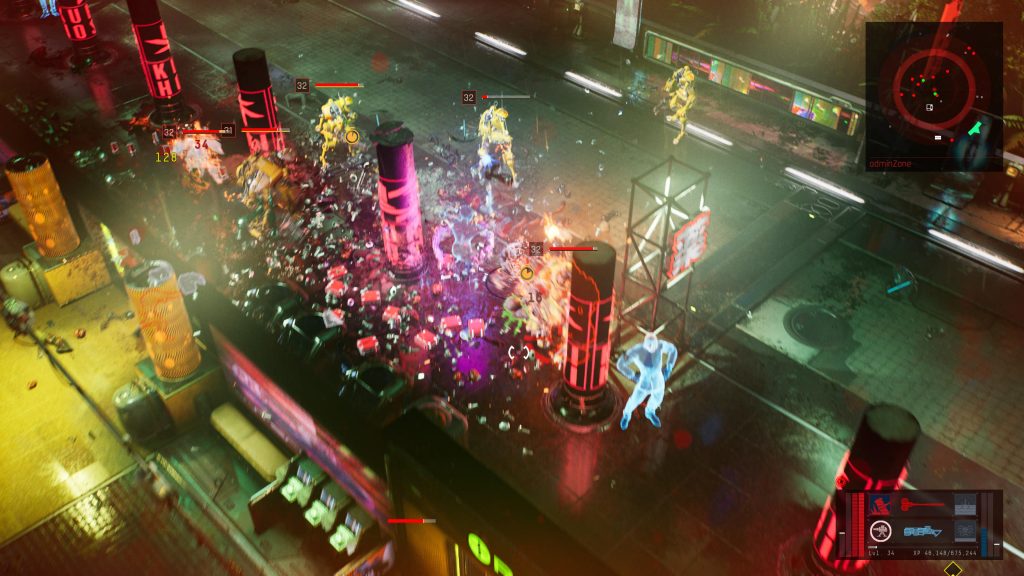 What’s great about The Ascent and, by association this DLC, is how insane it all gets during combat.  At any given time you could be surrounded by twenty enemies and a load of civilians and so you release a swarm of spiderbots, fire off some homing missiles and start smashing skulls indiscriminately with a sledgehammer.  It’s just crazy.  Of over 100 screengrabs that we grabbed, only ten were even able to be considered because of all the visual craziness.  And yet, during gameplay it all works, you’re never stuck there wondering what you’re doing.

So anyway, it was fun to dive back into The Ascent, even if it was just for an evening.  If you’ve beaten the original game, you’ll know how good it was and so a few quid for a few more hours seems like a reasonably good deal.  And while it is short, we’re glad they didn’t throw in a load of collectibles to pad it out.  We can’t lie, we are hungry for more but we’re pretty happy with this new content.

The Ascent: Cyber Heist
8 Overall
Pros
+ The Ascent's core gameplay is still great
+ Melee weapons are fun to play with
+ Some of the new areas are interesting
Cons
- Is quite a short bit of DLC
- Content only accessible after finishing the main game
Summary
The Ascent was great and so we're more than happy to play more content for it. We just wish it was a bit longer.