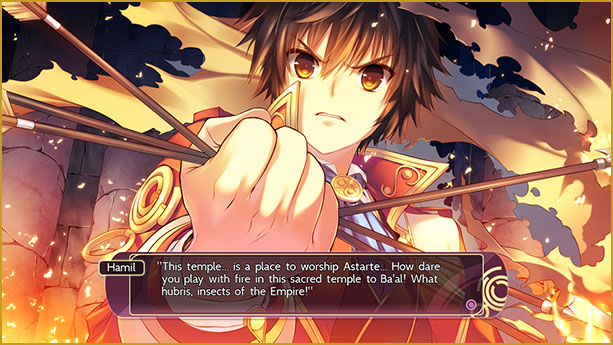 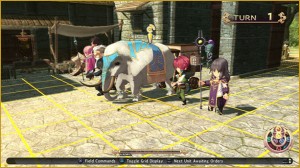 So what do we have here?  A tactical JRPG which is the sequel to a Playstation 3 remake of a PC original?  An original that spawned an anime series and mangas?  Crikey.  And so it’s with this travelled history which Tears to Tiara II: Heir of the Overlord ventures boldly to the West in search of exposure to a curious new audience.

Being a sequel, it’s taking the blueprint from it’s predecessor and the setting a change of scenery.  The same turn-based, grid-based encounters remain and story, once more, takes a big focus with a visual novel style narrative which is generally presented using a combination of two-dimensional backdrops, in-game assets (including Chibi style caricatures) and the usual chattering character portraits.  Voice acting comes courtesy of a Japanese dub which means your eyes are in for some serious reading.

The plot centres around Gods and classical mythology.  You are Hamil, Heir to the Barca throne who is seemingly enslaved in the midst of a Spanish civil war.  It’s an immediate, grim situation from the outset and it’s all handled with the appropriate seriousness you’d expect.  Hamil’s fate takes an upturn as the personification of God herself arrives as a fish-out-of water teenage love interest.  The two team up, discover new allies and march on the Empire who are marked very clearly as the villains.  With me, so far? 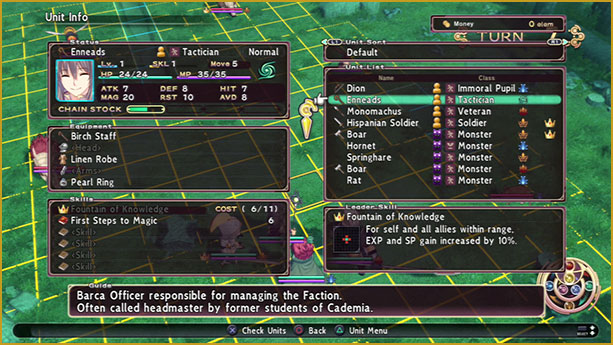 Now, despite jarring instances like that, this narrative is taken seriously and with the utmost care, comic moments and characters are given just the briefest moments to give you a chuckle and then get down to business.  Unfortunately, pacing is glacial.  You will spend an hour waiting for a scene to conclude with no save point in sight due to dialogue exchanges being neither brisk or to the point.  Some of it is weighed down with political chunterings or downright needless.  It bogs down the early going with the potential to turn away curious newcomers but, to its credit, the tale certainly goes places.  Presentation could’ve been better.  Visual novels conform to talking heads style exchanges when games are a predominantly visual medium.  Whilst they’re are a few neat set pieces, it all so static and just not very engaging.  Resorting to what amounts to a radio play feels like wasted potential. 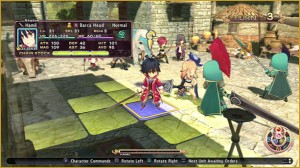 However, persist with Tears to Tiara II, and the actual gameplay will provide enjoyment.  The various stages of this game are where the battles of this Spanish war of Gods and monsters transpires and it gets quite rich and rewarding.  Initial scraps merely have your team fighting vermin but the game does layer systems upon systems for you to consider in your approach.  Each enemy has an associated element which you’ll look to combat, attacks can be countered and each unit has leader abilities which result in various benefits for your party to take advantage of.  In addition, there’s plenty of units available to you.  Standard healers, ranged archers, brutes and magic users are all here for you to utilise.  Each battle has win, fail and bonus conditions so bear that in mind when considering whether to clean house or just bum rush the main objective.  Encounters can get diverse and involved as you try to manage the field of play and priorities targets.  Its a shame they aren’t rolled out more often to alleviate the game’s agonising pace.

The game does open up around the 4-5 hour mark.  You’re given access to the world map and can opt to proceed to the next story mission, shop for items and gear or hit the training grounds to test out new equipment, skills and units.  This point certainly feels like a reward for being patient but the pacing issues never really subside.  The campaign is enormous but I wish it was a tighter experience.

At its heart, Tears to Tiara II  is a story-driven RPG committed to telling a self-serious tale without compromise.  It has a deep and engrossing battle system surrounded by a narrative which requires patience and perseverance to progress.  This game will have an audience in the West but even the most curious should probably think long and hard before diving in.  There’s a substantial amount of content here for you to uncover and enjoy but you’ll need some serious time to invest in what this title has to offer. 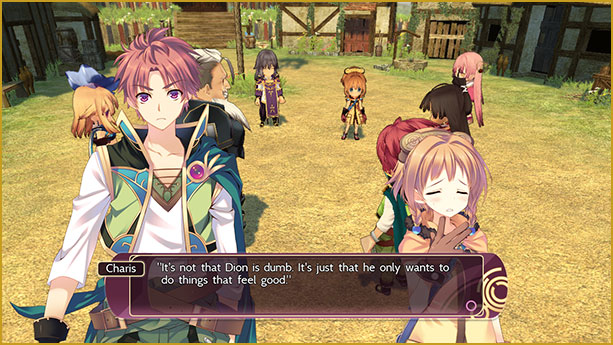 Tears to Tiara II: Heir of the Overlord
5 Overall
Pros
+ Engaging battle mechanics. + Interesting story with plenty of character development.
Cons
- Troublesome pacing. - Inconsistent save system. - Requires serious time investment.
Summary
Sure, the tactical battles are nice to fight and figure out but the slow agony you have to suffer through is more than enough to put people off. It has an interesting setting with some characters I'd like to invest in but every exchange is a wordy nightmare. You'll need to put time into it. Time mostly spent reading.
We use cookies on our website to give you the most relevant experience by remembering your preferences and repeat visits. By clicking “Accept”, you consent to the use of ALL the cookies.
Cookie settingsACCEPTREJECT
Manage consent