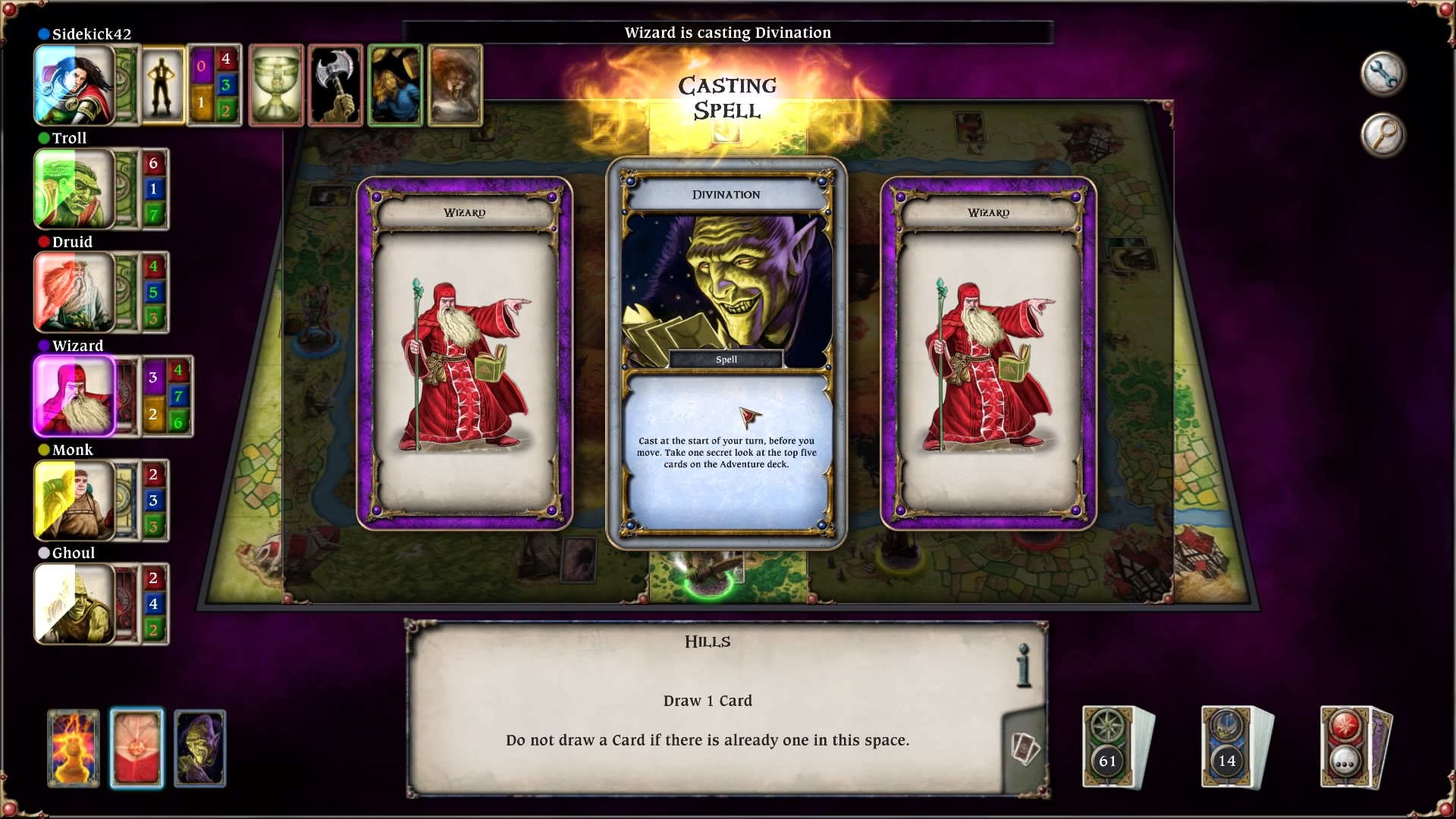 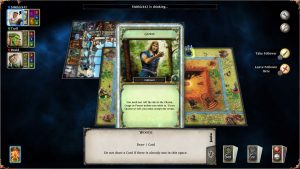 Sometimes things translate well to other mediums, books being made into films or stage plays being adapted to TV shows.  Its not often board games are ported to games consoles, but Talisman: Digital Edition has made the jump from tabletop to your home screen.  Its time to dust of your D6 and see if it’s any good.

I admit to never having played Talisman, and as a novice the rules were initially daunting and it took me a couple of games to genuinely know what the hell I was doing .  At its core Talisman is a game about travelling round a board to reach a central tower.  The board is split into three areas and certain tasks or skills need to be completed in order to pass forward between them.  The bulk of the game then is spent in travelling  around the board in order to increase these skills or complete the tasks.

Talisman: Digital Edition gives you the choice of over 50 characters to start your adventure with, and can be played with a total of six players either online or on couch co-op.  If you don’t have five friends who want to play you can fill the spaces with AI controlled players.  Each character has different starting statistics and alignments and all have different starting strengths as a result. 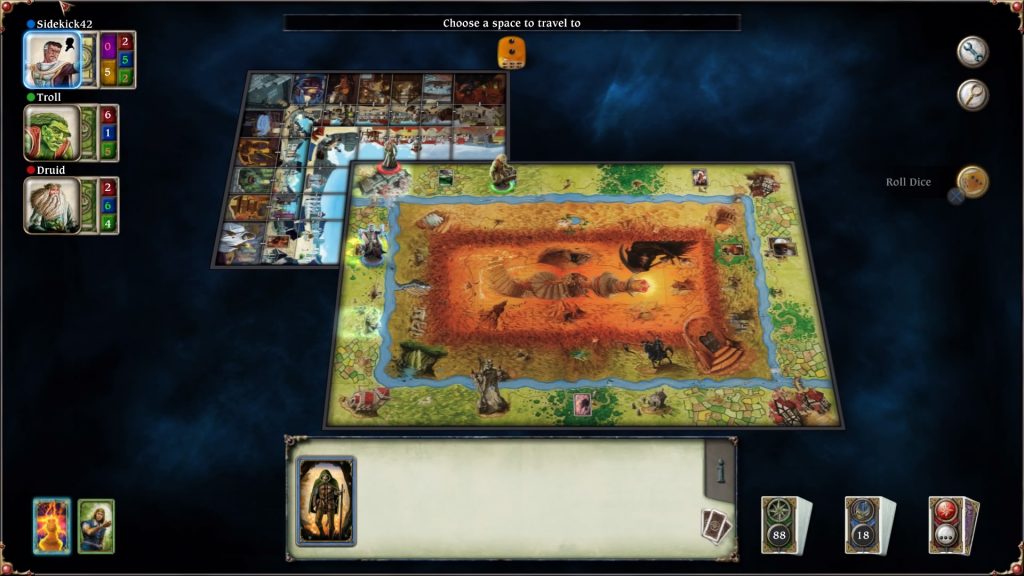 Stats are spread between strength, craft, lives and gold.  Strength is used in hand to hand combat where it is added to your dice roll and craft is used in magic affairs.  The gold is used to buy items and help.  Each stat can increase or decrease during play and the aim of the game is to  increase your stats sufficiently to reach the centre of the map.

Each turn plays out with a roll of a die to start.  After choosing where to move you’ll then have to follow the instructions on the square.  Generally these involve obtaining a new card, although you can also have battles with other players should you be on the same square.  The great thing about this being all automated on the PlayStation is that dealing with all the cards is really easy.  These cards are used to increase your stats or cast spells and are the essential currency of the game.  Offensive cards can also be left on the board to hamper other players.  This scenario plays out each turn and, if you’re playing the game well, your character will get stronger over time.

A game with six players can take a good three hours to finish, so this isn’t a game you can crack out quickly.  There is the ability to save multiple games though which i imagine could be a brilliant addition if say you only play with a set group of people at certain times.  There are also a whole range of in game options to change up the speed of the AI players to speed things up. Aside from the core game Talisman: Digital Edition includes all of the expansion packs.  For me these added yet more rules to memorise, but for dedicated Talisman fans this is a great addition.

As a game this handles well enough, the music is suitably medieval and the graphics are clear and ledgeable.  Controls mainly come down to pressing X so this works fine as well.  There is an awful lot of text to read here too, both in the handy tutorial boxes and the card descriptions.  The text is all perfectly ledgeable though so this isn’t an issue. 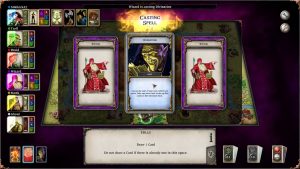 I’m not going to judge the boardgame Talisman here as it is clear it has a dedicated following, and i am nowhere near qualified to judge the worthiness of it.  But what i can confidently say is that the PlayStation 4 conversion appears to be very faithful, and the controls and inclusion of all the add on packs make this a very full package.  If you’re a fan of the boardgame this is an excellent way to play more of it.

Talisman: Digital Edition
7 Overall
Pros
+ This is a faithful reproduction of the board game + The inclusion of all the expansion packs adds value here + If you love Talisman this is for you + The automation offered by being a videogame make this easy to play
Cons
- For the novice player there are a lot of rules to learn - Playing a board game on your TV just isn't as good as in real life - Games can last for a good couple of hours
Summary
Talisman: Digital Edition offers a very full package, including as it does the main game plus all the expansion packs. If you're a fan of the boardgame this is a faithful conversion and an excellent way to play more of it, if you're new to the game this is a good way to play it as the PlayStation 4 automates much to make the experience user friendly.