From Powerslash Studios & Ratalaika Games, we have Super Onion Boy 2. First off, that’s something of a misnomer as this appears to be a port of the original Super Onion Boy that is fully playable on any HTML5 compatible browser. Yup, even your phone.

Only coming as it does from Ratalaika, it’s been adapted for current consoles, with the now de-rigeur absurdly easy trophy set into the bargain. Is it any good though? Well, not really. Super Onion Boy 2‘s gameplay is functional at best. Graphically it’s no great shakes and in the grand tradition of Ratalaika’s offerings, you’ll have got a platinum trophy inside forty-five minutes. 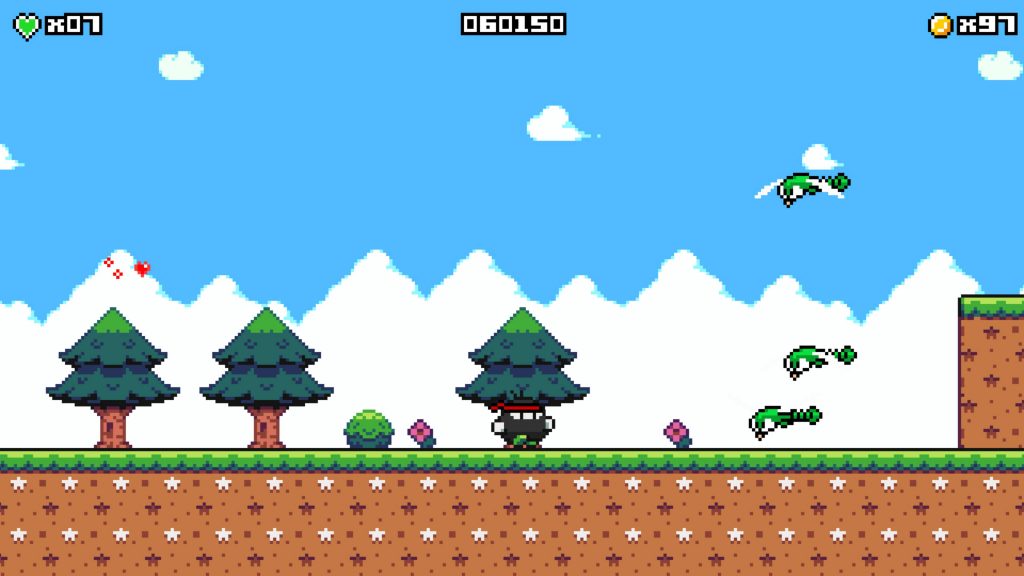 Each level of the thirty on offer has three stars to collect, so if you’re thorough you could be done with Super Onion Boy 2 on both PS4 and PS5 inside ten levels and ninety minutes. Us, we played a bit further into the game than many trophy hunters might do.

So, anyway. Super Onion Boy 2 itself is a fairly derivative take on the classic Super Mario World template, only without much of the flair and nuance from the peerless Super Nintendo game from 1990. The platforming action is pretty unsatisfying with imprecise controls and unimaginative enemies. 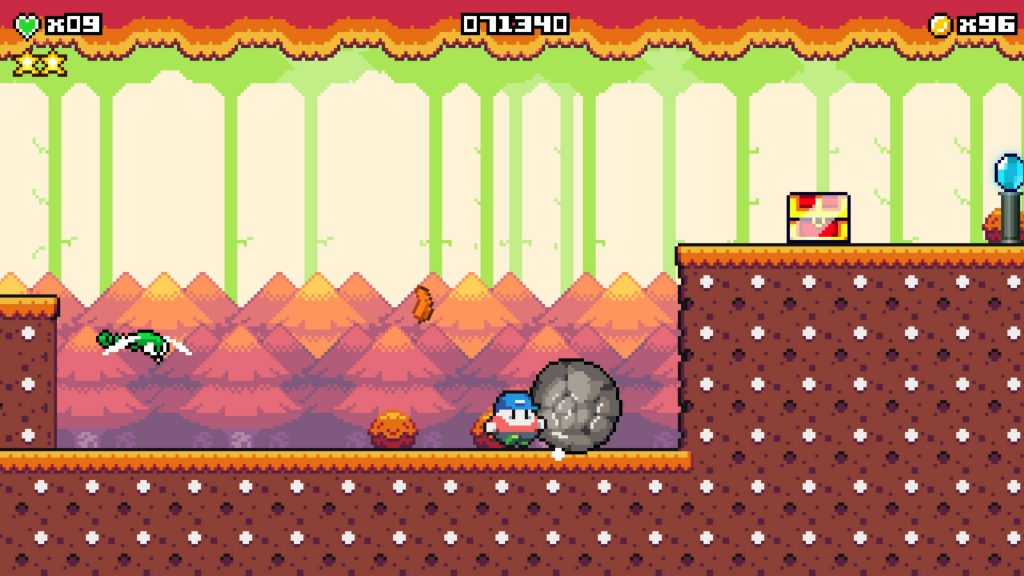 You collect coins, stars and costumes to change your appearance from basic Onion Boy to Ninja Onion Boy or Mage Onion Boy. Naturally, you unlock a trophy at the first instance of each. There’s also a bubble that lets you sorta glide from one platform to the other. It’s remarkably prosaic stuff.

As we said, once we’d unlocked the platinum we continued further into the game. We almost wished we hadn’t as the returns weren’t so much diminishing as melting beneath our feet. You see, Super Onion Boy 2 is astonishingly superficial, the game equivalent of a DVD menu attract sequence that shows you all the all the game has to offer in the early stages. 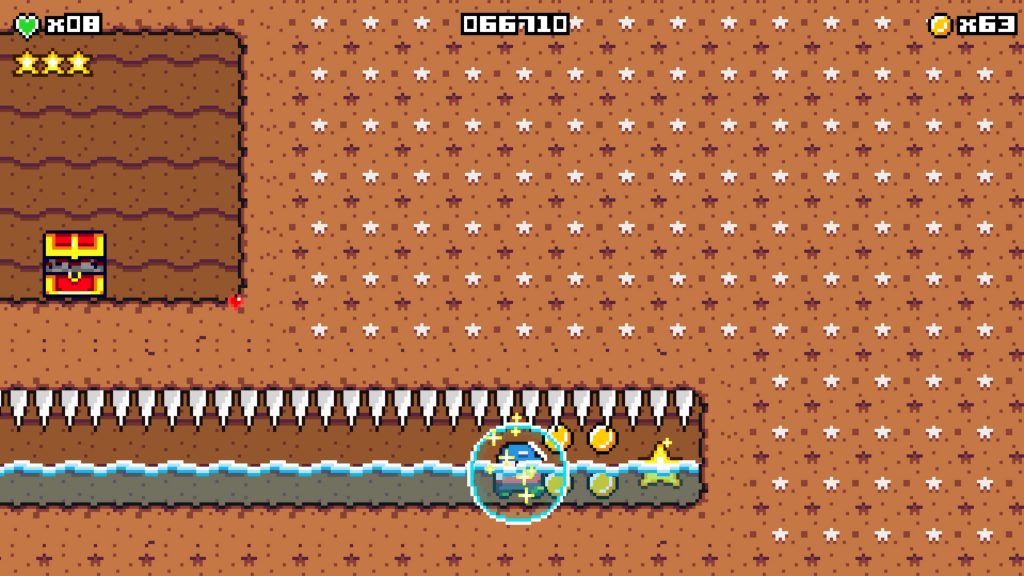 Sure, the enemies are mixed up a bit more in terms of the sheer inconvenience they’ll cause you. And the theme of the level changes. Ooh, woods! Ooh, a semi-aquatic stage! So far so cookie cutter. But what remains isn’t really up to a great deal otherwise.

If you attempt to persevere beyond level ten and your probable platinum trophy, you’ll soon discover checkpointing is a bit of a mess. You can progress a fair way into a stage, only to die due to an ill-defined platform. Or a cheap cluster of enemies who’ll one hit you due to a prior checkpoint having left you on a sliver of health. 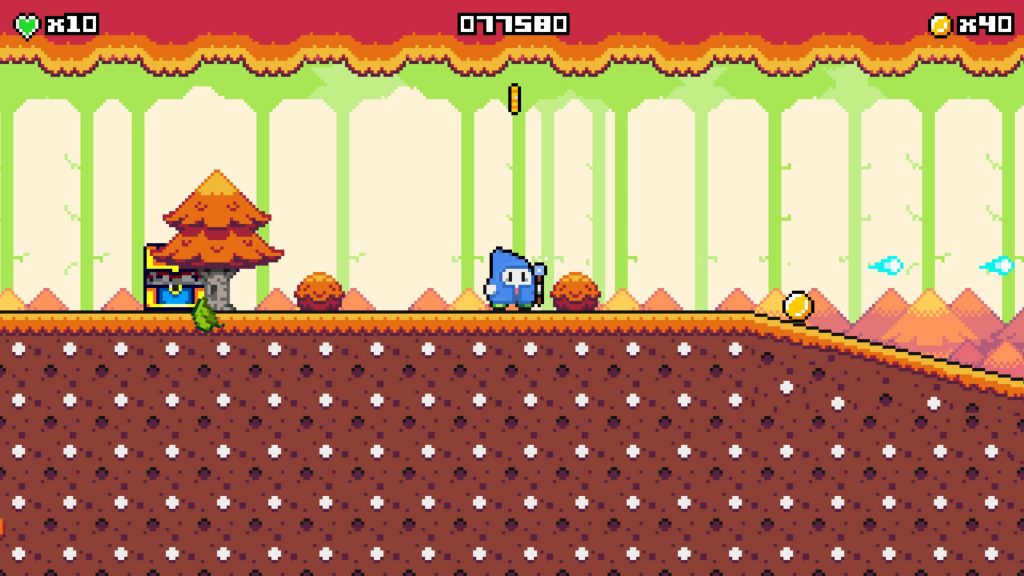 Well designed and thought out this aint. A cheap cash-in is more in keeping with what we’ve got here. It’s not much good for anything beyond an easy platinum trophy, the bonus that we finished on PS4 being we have the PS5 version to rinse at our leisure. Although we’ll save that for when we want to keep our trophy unlock streak going and want an easy completion.

Other than the jolly enough graphics that ape Mario World, there’s not much more to mention. The music is OK, but eminently forgettable. All jangly synths and evocative of late era NES games, again, lacking in finesse as the rest of the game is.

In conclusion, Super Onion Boy 2 really doesn’t amount to much more than a quick and dirty port of the original Super Onion Boy. Unlike an actual onion this isn’t particularly multi-layered, but it might bring a tear to your eye when you realise you’ve been played for a mug bruv.

Super Onion Boy 2
4 Overall
Pros
+ A short sweet platinum
+ PS4 and PS5 versions into the bargain
+ Mostly cheerful tone
Cons
- All over too quickly
- Very derivative
- Generally insipid gameplay
Summary
Super Onion Boy 2 should probably be called Super Onion Boy DX as it doesn’t really amount to much more than a port of the original browser-based game with added trophy support. It’s not very good but neither is it terrible. Bang average.