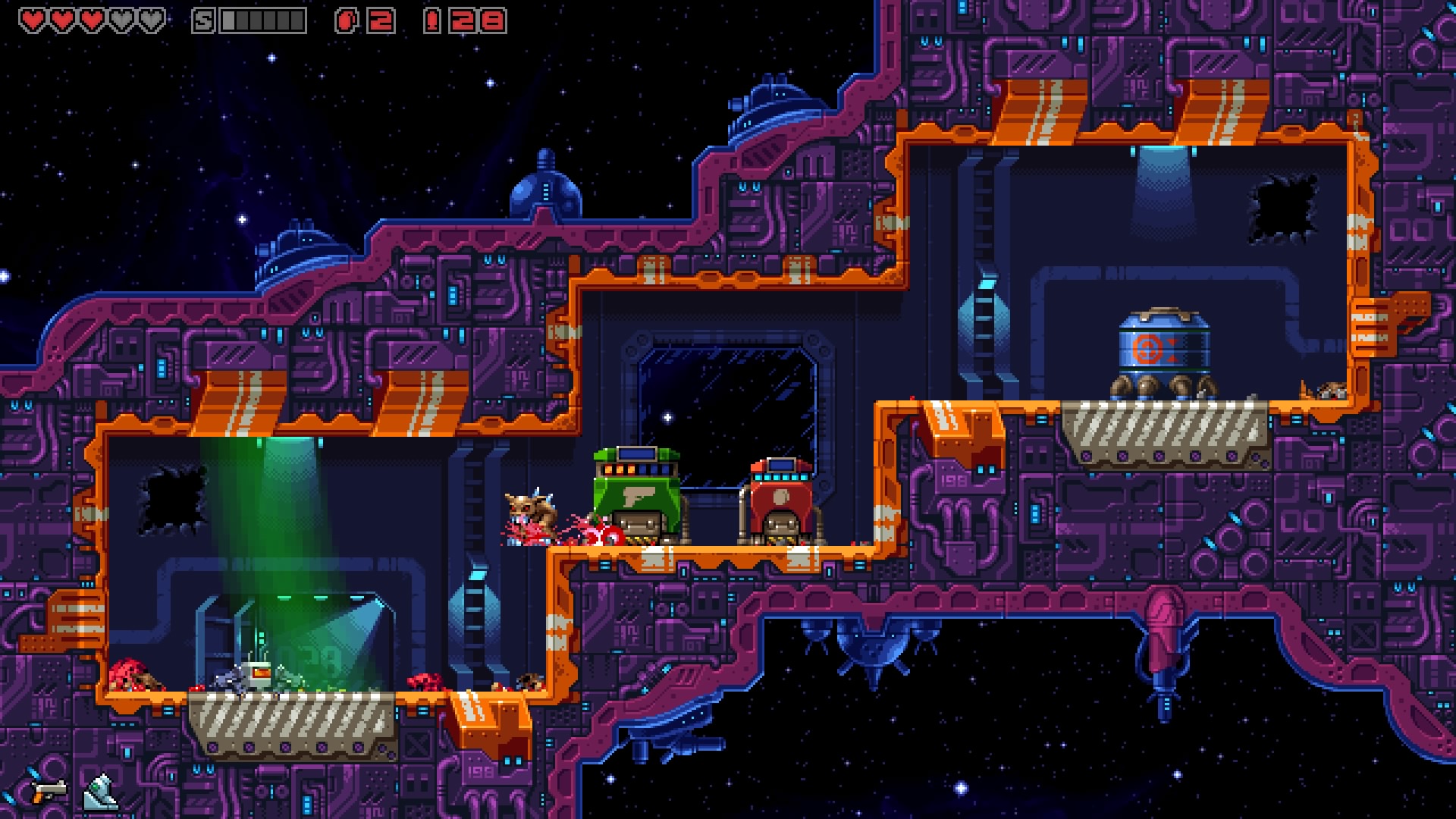 Despite being around for a year on the PC, Super Mutant Alien Assault has slipped under many people’s noses. A roguelike flaunting itself as a Supercratebox clone, it’s not shy about giving props to its influences. Flattery’s a great thing if it’s done well but can this arcade shooter platformer hit its marks?

At first inspection, you’ve got a main menu with very few options on offer. It might be straight to the point but, I’ll get a gripe out of the way first. Jump into a game and you’ll see your health and ammo meter is cut off at the top of the screen. There’s no option to adjust the screen size and position and I can’t imagine they looked at that through testing and thought, “Spot on.” To its credit, that’s the only technical issue I’ve seen so far. Still, I like to see how long I have to live, thanks. 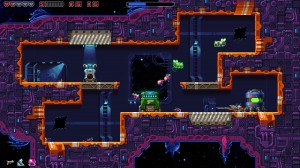 The gameplay itself revolves around progressing through galaxies which are split into three randomly generated stages which culminates in a boss fight. Death results in returning to square one but there are some persistent unlocks which dole out regularly over time. Beat a galaxy and you can begin from the next one so this game pushes you forward nicely.

In simple terms, Super Mutant Alien Assault plays like a 2D arcade shooter. You have enemies to clear and a weapon dispenser which you need to utilise a lot as ammo is limited. The weapon you’re given is random and so is the sub-objective of each area. Some involve transporting fuel from one place to another, venting valves or simply just surviving. As you advance through levels, more game types unlock, along with new weapons and bonus items. It’s designed well enough to keep you always on the move as you restock ammo, fulfill objectives and avoid enemies.

It focuses solely on action and the quantity of upgrades and random elements on offer give each run a different feel, although the randomness can sometimes derail a good session. The weapons feel good and I haven’t ran into any poor options. The basic pistol you can unlock as a sidearm is good at dispatching basic fodder but you can soon move on to bigger, madder things. On top of this, you can unlock defensive abilities (which are unlimited) and special abilities whose use is governed by special ammo. 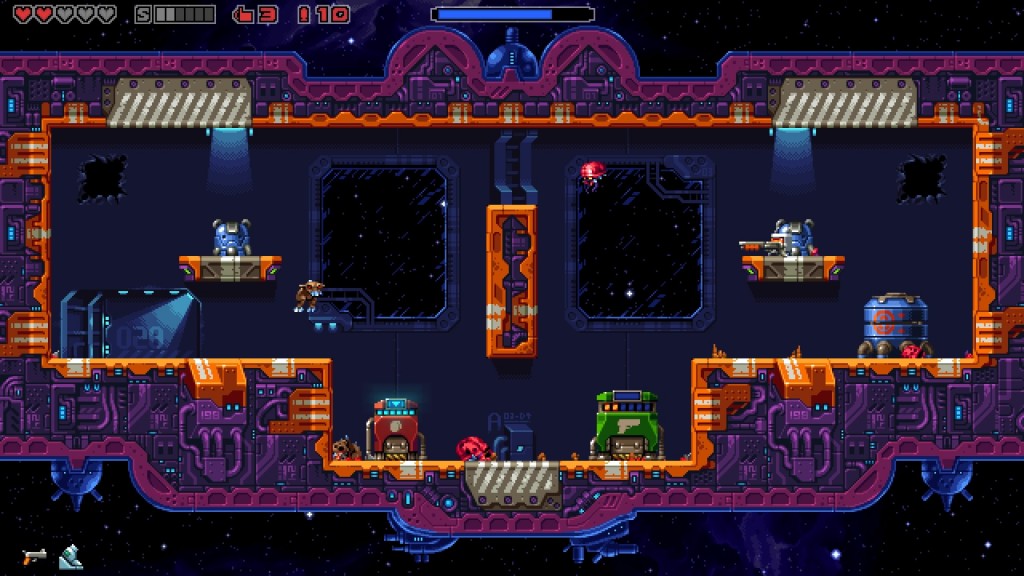 For a small title, it’s doing a lot and, as new mechanics are available to you, tutorial messages lay things out for you effectively and doesn’t hold up the proceedings too long. Runs are short and you can quickly restart. The game keeps you informed of what upgrades are imminent and it’s good at making you feel like you’re never standing still. 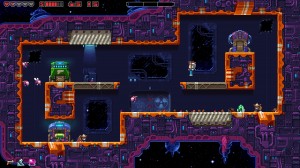 It has a nicely detailed pixel art style and a decent soundtrack which adds to the chaos of combat. And it is occasionally chaos. Having every aspect of the game tied to a random number generator can result in some wildly different experience. Enemies act consistently but leave them alone long enough and they evolve into a bigger version. Some levels don’t contain weapon dispensers so you’re asked to make do. When you successfully beat a room, its great but, as more and more weapons and items get added to the pool to be plucked out at random, it can get a little overbearing. Especially when the more damaging weapons have a tendency to damage you as well. Finding the space to get away unscathed is a skill to master on the fly.

It becomes something very marmite experience which I’m slowly growing into. It initially left me cold but the constant rewards and quick runs keep me with at least one foot in the door. A successful run through the galaxies might only take just over the hour, although that’s only a guess, given the size of the map. At £9.49 (currently discounted to £7.59 for PS Plus members), that may be a little over the odds for what’s on offer. If you liked Supercratebox, this certainly offers more but I’m still not won over by this. Its not bad. I’m just not enamoured by it.

Super Mutant Alien Assault
6 Overall
Pros
+ Frantic, swift runs. + Detailed pixel art. + Rewards are regularly dished out.
Cons
- This won't fit my TV. - Limited options. - The randomness leads to some wild, wild rates of success.
Summary
The persistent doling out of rewards keep you with one eye on this. The random elements can work for and against you and ultimately give the game a very marmite existence. When a run gets going, you feel accomplished but there's a lot of bother to get there. The art style lends well to the chaos but some more options would've been nice.
We use cookies on our website to give you the most relevant experience by remembering your preferences and repeat visits. By clicking “Accept”, you consent to the use of ALL the cookies.
Cookie settingsACCEPTREJECT
Manage consent