BATS: Bloodsucker Anti-Terror Squad, aside from being a credible name for an ’80s thrash metal band, is a 2D run and gun/hack/slash action title from Californian coding crew The MIX (Media India eXchange).  Set over five short-ish levels, the game sees you playing as a squad of vampires as they take on the terrorist scourge known as Scorpion.

The plot is mostly quite silly but the crux of it is that you start as a vampire called Count Bloodvayne (a sort of Doctor Strange looking kind of chap) and he can walk around, jump and attack with claws and fangs.  He’ll need them too because blood is everything.  Aside from being the basis of your energy bar (running out of blood means you’ll die), you can also drink blood from defeated enemies and that’ll add to your supply.  Death comes quickly though and enemies can shoot, stab and blow you up easily.  But as long as you’ve got a slither of blood left in your bar, you’ll at least survive that attack. 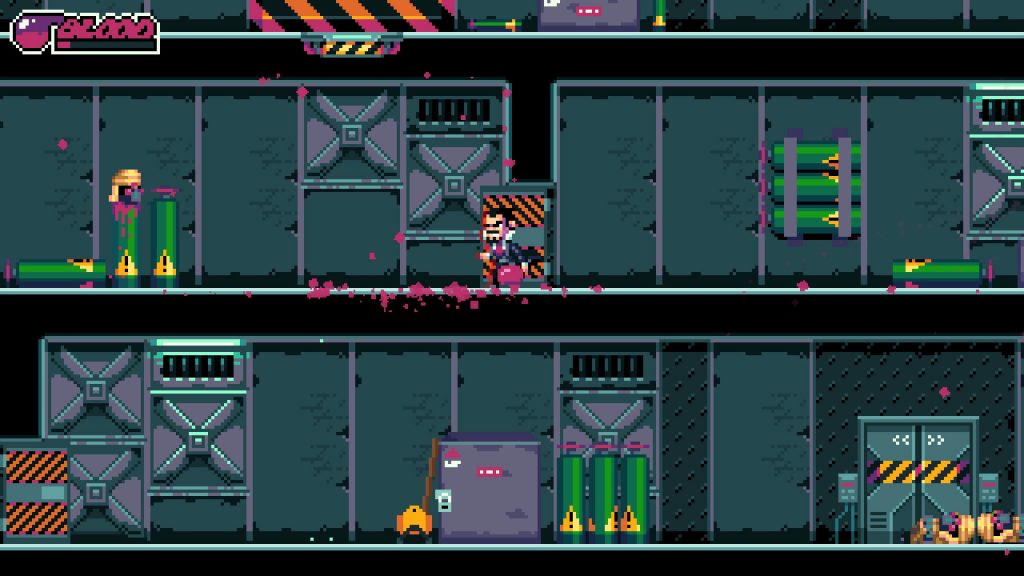 So, you’ll need to make your way through that first level quite carefully.  But when you do make it to the end you’ll be able to rescue one of your four fellow squad members with them then being available to pick from when you start the next level.  These extra characters have their own strengths and weaknesses too, so it’s quite good seeing their capabilities.  That said, you’ll want to unlock Sgt. Sabre, a blatant rip-off of the comic/film character Blade, as he’s got the best abilities and can deflect bullets.  That’ll help you a lot more than the bombs, guns and special moves of the other characters.

Each level sees you moving from left to right but locked doors and a very slight maze layout mean that you will be moving in all directions along the way with some minor backtracking.  It’s far from being mazey or Metroidvania styled though and generally feels pretty linear.  However, as the levels progress, things do get a lot more difficult and death can come very quickly.  Thankfully the quick restarts mean that you’ll soon be back into the action but there are definitely sections that require you to memorise sequences of the action rather than just reacting in an arcade fashion. 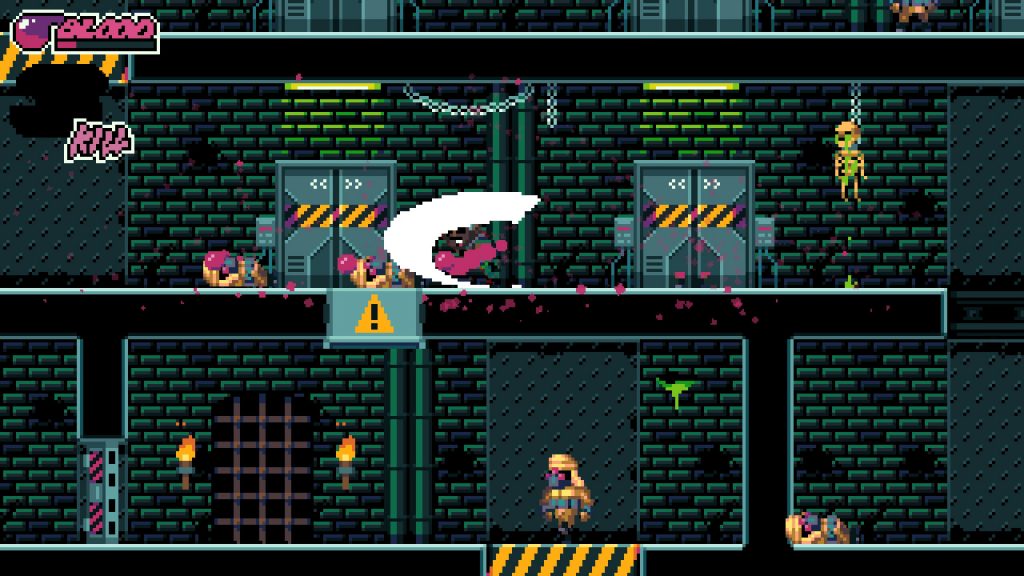 On the whole though, the game is a lot of fun.  It moves quickly and is full of cartoony violence and outlandish death traps so it’s never boring.  The controls hold together well too and give you all of the precision you need to perform at the high level that the game demands of you.  Oddly though the game is a lot harder during the main levels than it is when you face the bosses.

While being a bit tricky, we found the bosses quite easy to get past.  Well, as long as we were playing as Sgt. Sabre.  But these do tend to be more entertaining than frustrating where as the main levels, especially later on, can be the other way around.  But overall it’s fun if you don’t mind the challenge and replaying sections over and over.

The presentation relies on a pixel-art 2D style but it’s bold and chunky and full of fast animations.  It’s not the most detailed game but when we see 2D retro graphics, we always want them to be better than you would have seen 30 years ago and that’s the case here.  This doesn’t look like a tired NES or SNES game but does look reasonably nice and modern.  The sound is pretty good too with fun retro music and decent sound effects (and lots of screams!). 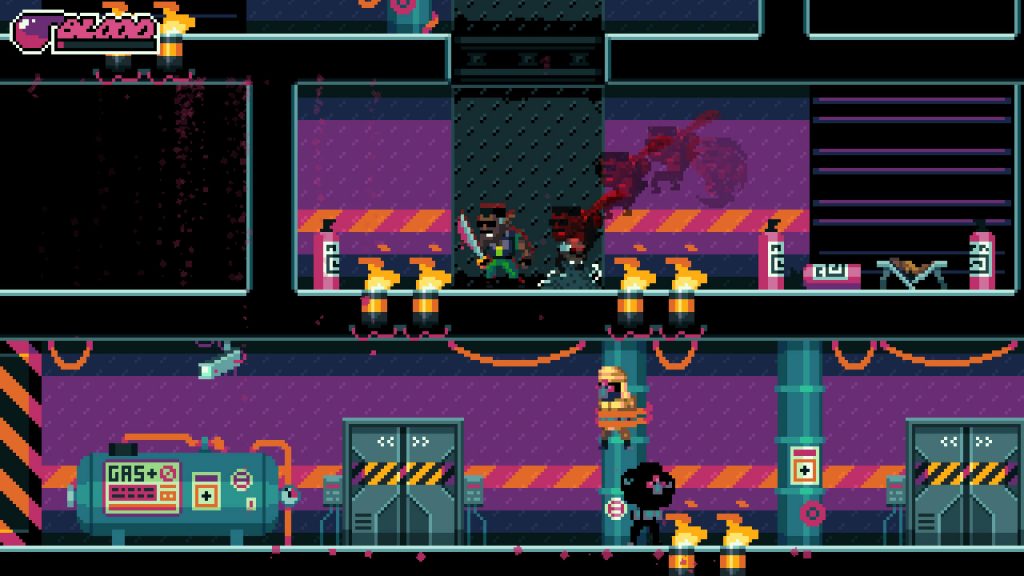 With five vampires to play as (once unlocked) and five short levels to complete, there’s not a huge amount of game here but we feel that if it was twice as long, it’d get boring anyway.  There are a couple of set-pieces to play through to keep things interesting (the rising poisoned water level was particularly different) and a speed run mode if you want to try beat the game like a skilled gamer and not like us where we just kept dying until the muscle memory locked in enough to get us to the next stage.

And while BATS probably won’t live long in the memory, it’s good enough for us to await The MIX’s next game with interest.  And for it’s week one sale price of just under a tenner, you can’t go far wrong if you want a bit of cartoony ultraviolence mixed in with your neo-retro gaming.

BATS: Bloodsucker Anti-Terror Squad
6 Overall
Pros
+ Fast, precise action
+ Some good variety in playable characters
+ Is quite exciting
+ Not too long
Cons
- One character is obviously way better than the rest
- Can get a bit punishing on later levels
- A little light in variety and content
Summary
BATS is a fun blood-filled 2D run and gun/hack/bite action title which uses old-school presentation and gameplay but gives it a modern feel. It may be a little too difficult, short and repetitive for some but it's one of the better recent retro-flavoured indie games to hit PSN.