Traditional adventure games have never quite settled for me. There’s quite a few that pay homage to the Lucas Arts template in terms of puzzles and humour which I find slightly off-putting. Cloak and Dagger Games’ Sumatra: Fate of Yandi firmly sits in an old school camp with some low-resolution pixel art and a very standard point and click interface. The story, however, does attempt to bring something more grounded to the genre. 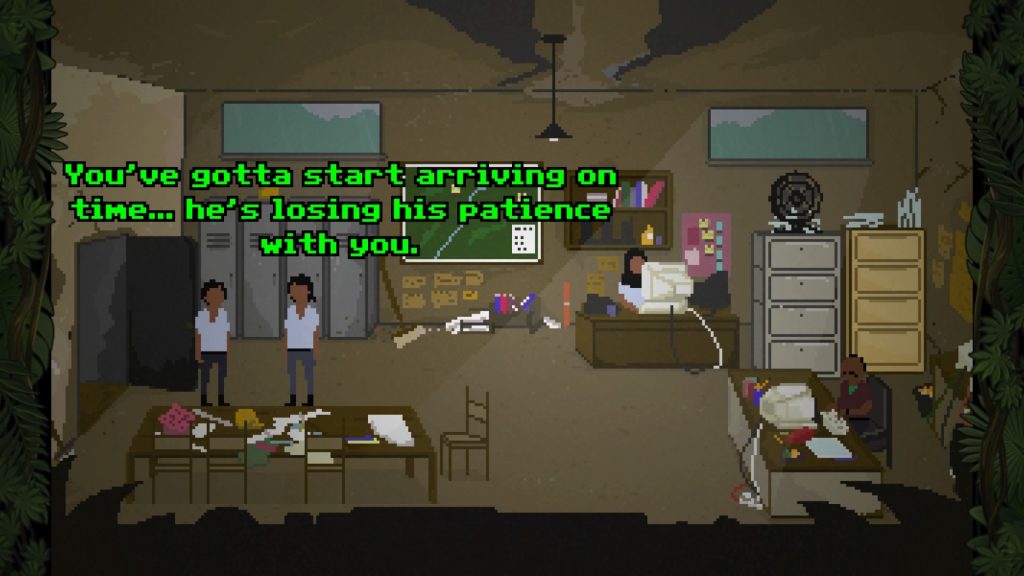 Yandi works for an Indonesian logging company. His boss is a seen as a slave driver but he has his brother Ramdan for company. Out on a routine job, the two fall victim to a landslide. Lost in the heart of the jungle, the brothers look to find each other and stumble into a conspiracy involving their current employer. The two have a good rapport and it’s bolstered by interludes that shed light on Yandi’s domestic life.

There’s also an environmental aspect to the tale with the logging’s toll on the game’s landscape all too plain to see. It doesn’t feel overbearing but there’s a few stark reminders within the game’s vistas that draw attention to it. It’s not a bad story with flashbacks used to portray Yandi’s main motivations and his life before the accident. I wouldn’t call it layered or nuanced but what’s here is effective. 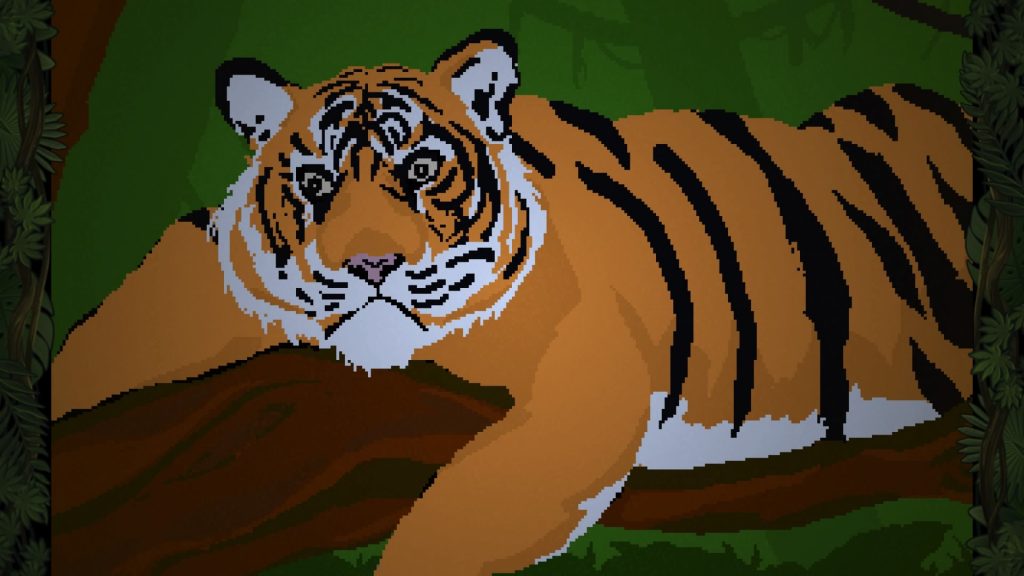 I actually like how the dialogue is written. With Indonesian characters, some care has been taken to make them sound authentic. They’re not heavily Anglicised for the sake of an American or British audience. Nor are they caricatures. It’s a small touch but I think it adds some believability to the intimate cast.

Sumatra: Fate of Yandi does offer some typical point and click adventure gameplay. You move our protagonist through the environment by clicking on places of interest, collect objects and can observe them for clues on how to use them or for some extra context. The items you find are then used to solve the game’s many puzzles and, thankfully, they don’t tend to require brain-melting logic to deduce. The solutions aren’t entirely straight-forward but there’s some clever implementation at work. 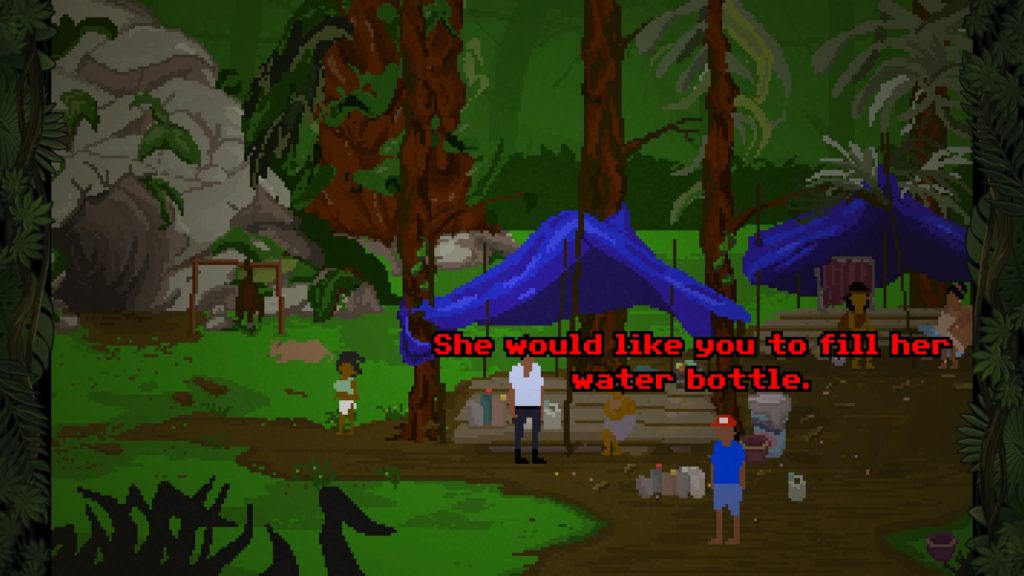 Your end goals with the puzzles are fairly clear and finding what you need doesn’t require acute eyesight. Despite the potential for the visuals to obscure objects, they appear clearly against the game’s jungle backdrops. There’s a couple of neat ideas when it comes to structure, too. Early on, you are tasked with winning some villagers over by doing tasks for them. There’s a handful of them and these can be accomplished in any order. Their demands are explicitly stated but you can check in with a local for a recap. It’s a nice way to ease you into the game. Later on, there’s a brief opportunity to play as multiple characters which offers a temporary change of perspective.

It’s nice to see some experimentation, even if this game is largely a traditional affair. The visuals also take on a rather familiar aesthetic. The backgrounds and characters carry a blocky, pixel art look which, whilst primitive, still do a good job of portraying a diverse jungle. It’s colourful but there’s also no restraint when it comes to having a downpour mute the palette. Cutscenes are sparingly used but they do offer close-up shots that display more detail than the usual viewpoint.

It’s firmly placed in pastures old and I do find the sound is used more for ambience than score. Music is used rarely. It does give the eventual introduction more impact but the jungle sounds strangely quiet. There is some accompanying chirps but sounds a little lifeless. Visually, it’s fairly vibrant but the audio doesn’t follow suit. 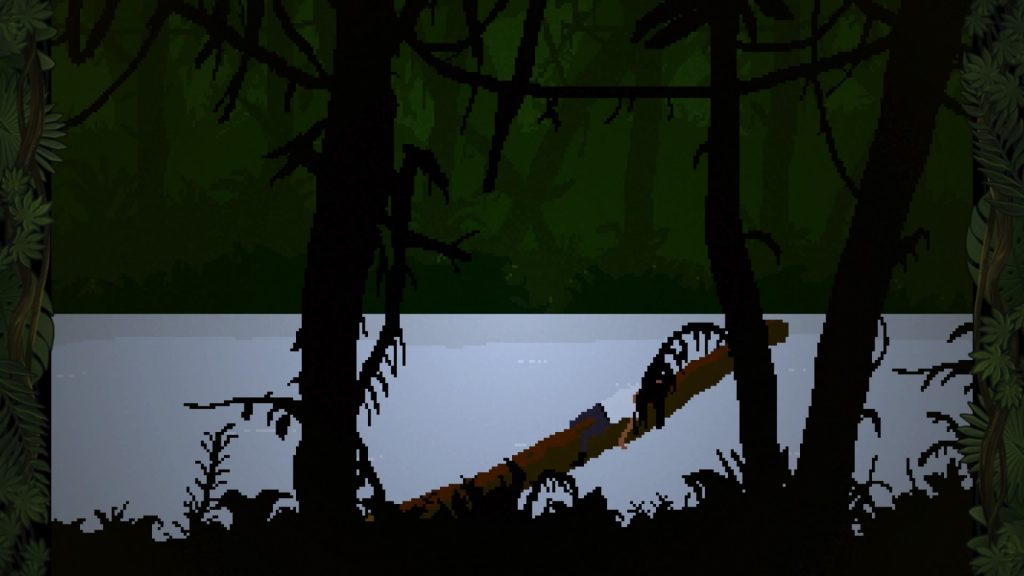 There’s some other minor annoyances with Sumatra: Fate of Yandi. The top of the screen houses the inventory. Thankfully it doesn’t obscure objects but it will hide exits. This game also isn’t very efficient with it’s inventory. I finished things fairly thoroughly but still ended with full pockets. I would have preferred items to be discarded once they’d outlived their usefulness.

These quibbles aside, Sumatra: Fate of Yandi does a fine job of creating an accomplished adventure. Playing things straight does help and the environmental aspects are used to imply a wider scope. Ultimately, it’s a decent tale about Yandi, his family and his work. Nothing feels too complicated or obtuse whilst the writing does an admirable job with a small cast.

Sumatra: Fate of Yandi
7 Overall
Pros
+ A grounded, well-written story.
+ Colourful environments, despite the retro look.
+ Surprisingly straight-forward puzzle design.
+ Not afraid to deviate with multiple objectives and protagonists.
Cons
- Music and sound seems sparse and leads to a fairly quiet jungle.
- The inventory can hide screen exits.
- Useless items clutter up the inventory.
- The retro aesthetic won't be for everyone.
Summary
Sumatra: Fate of Yandi is a decently-written tale that paces itself rather well. I rarely felt bogged down and my objectives were always clear. Adventure games can sometimes feel the need to overcomplicate but Cloak and Dagger Games have managed to show restraint and care. There are minor irritations like the sparse use of sound. Whilst primitive, the visuals do take time to show some colour and atmosphere. There's a good package here which fans will enjoy.