There was a time at PlayStation Country where if a visual novel came in it meant that I, as the resident fan of niche Japanese games, had to do it. Basically I like JRPGs therefore I was the best set for visual novels. Thankfully that’s not necessarily the case any more but there are some visual novels I’ve enjoyed in the past such as the Danganronpa series and Phoenix Wright to name a couple but rarely would I actually look forward to visual novel reviews in general. However when I reviewed Root Letter over four years ago I was pleasantly surprised. Rather than the slow, overly wordy and overly long experience I’d become accustomed to it was quite snappy, not too long and provided a good mystery. 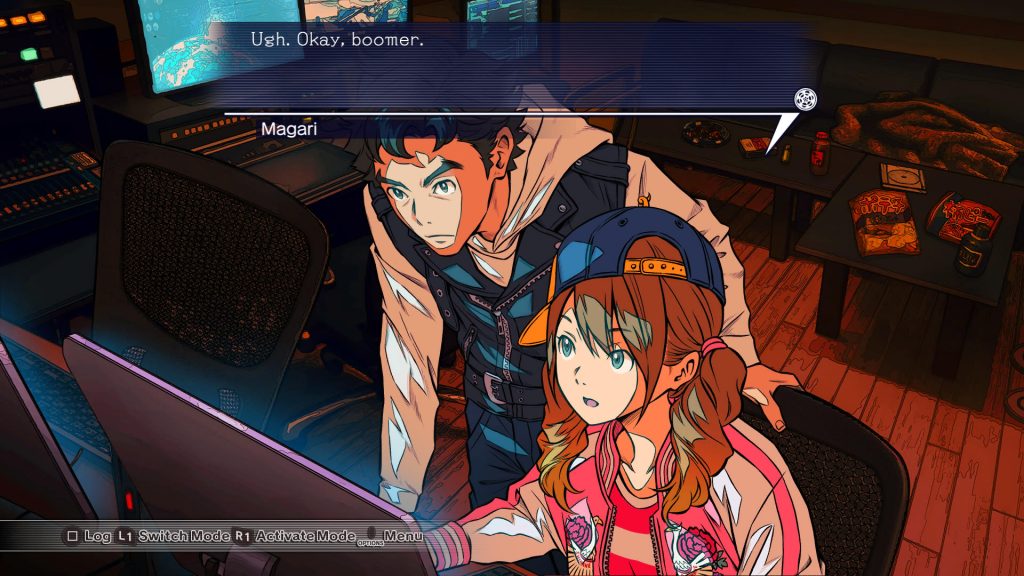 Root Film on the PS4 is a similar game but not directly linked. The story starts with you taking control of Yagumo, a young director who has won awards but not made it big yet. He gets the chance to be one of three directors involved in a drama, which is connected to a film that was shelved ten years prior under mysterious circumstances. With him always is his editor Magari and the first chapter has you solving a simple mystery to prove your chops with this type of project.

As a player this entails selecting a location on the map which will move Yagumo there. Sometimes a scene will play out and sometimes you’ll be greeted with objects or people to observe or interact with. This boils down to highlighting and selecting them, with every interactive element labelled with a box. There was never a fail state that I found by selecting the wrong thing first or observing everything before the thing needed to proceed. So basically even if you’re not sure where to go you can just move from location to location interacting with everything until you get the piece of dialogue you need to progress. 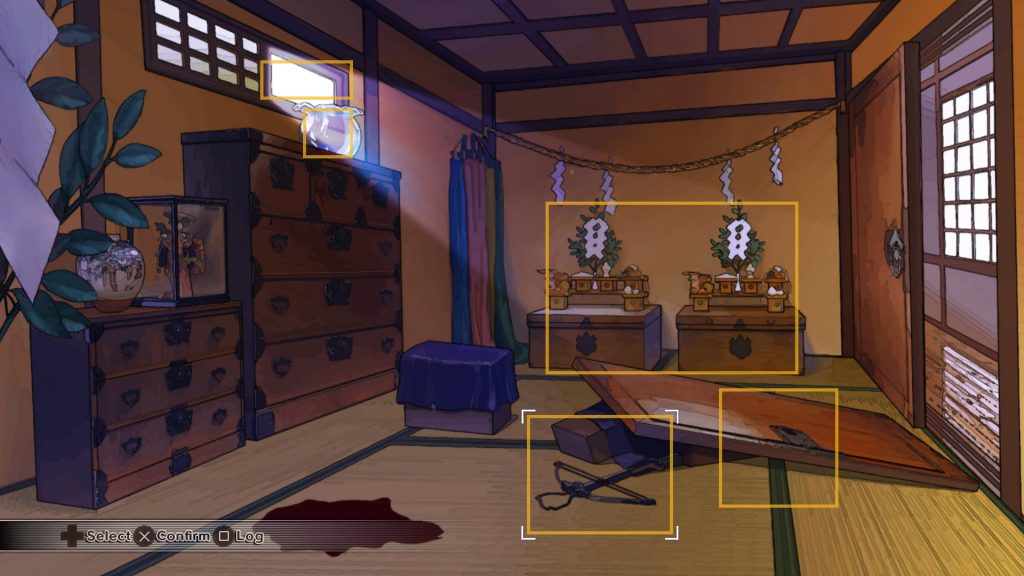 Every action is greeted with plenty of text to read, though all the dialogue is voiced in Japanese if you understand that. As with Root Letter the writing isn’t too long winded with conversations flowing quite nicely and naturally with humorous dialogue from pleasant characters. This continues into the episodes which are broken up into a prologue, generally a few chapters, a solution and an epilogue before end credits roll for that episode. These break up the episodes quite nicely and provide natural rest points for you to save and leave it for anther time, which is very welcome. All chapters play out the same until you reach the solution stage.

Throughout your investigations Yagumo’s synaesthesia activates when he hears something that might be relevant to his investigations which basically means he visualises the statement and remembers it. These statements come into play during the solution stage where the game takes on a trial like scenario, similar to Phoenix Wright or Danganronpa where you must use the right statement at the right time in order to prove a fact and argue your opponent down. Make a mistake and you’ll get another go or two before failing (but you can just continue from the beginning of that chapter) but drop those truth bombs and you’ll prove who the killer is and move onto the epilogue. 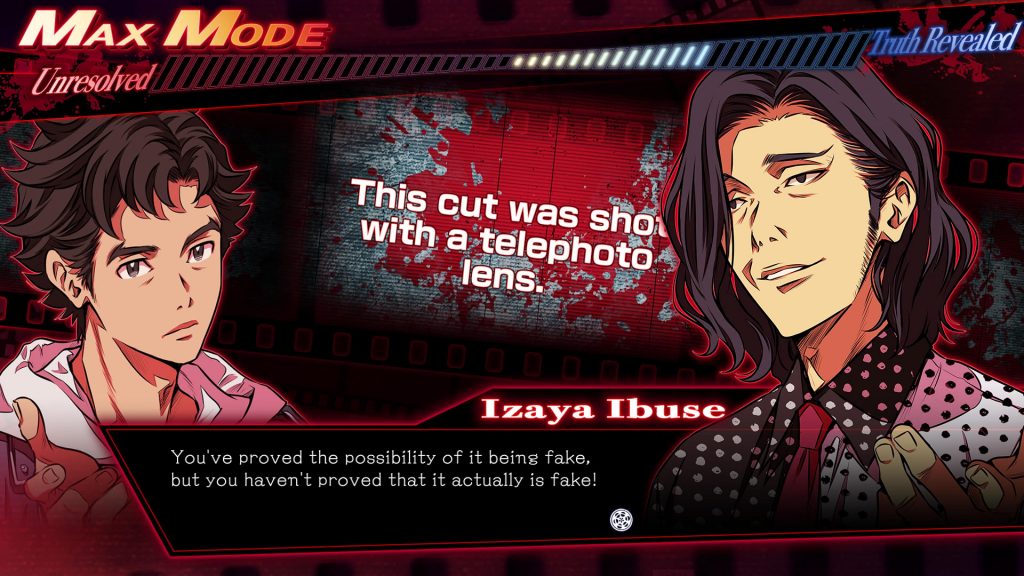 That’s right, I said killer. After the first introductory episode each features a murder that Yagumo just happens to be around whilst scouting locations for his film. So each episode has you searching for evidence and getting statements in order to prove whodunnit. As a player you may not work it out and often Yagumo will imply he knows who it was and how they did it and will leave the player in the dark until the game guides you to the correct answers during the arguing phase. Despite that Root Film is pretty easy compared to similar games, with fewer possible answers and the game usually making it pretty clear what you should be saying. I didn’t mind that so much however as it just meant it was less obtuse than other games and it kept the story moving forward rather than forcing repetition.

It’s the mysteries that will keep you playing over the seven episodes as the murders keep piling up but they start to intertwine, including with another character called Riho who you play as for a couple of episodes. Riho is an up and coming actress who has similar luck with murders as Yagumo and is always with her manager Manabe. These two also have a good rapport and the sections play out the same as Yagumo’s but there is a pay off and it’s nice to see some fresh personalities for a while. 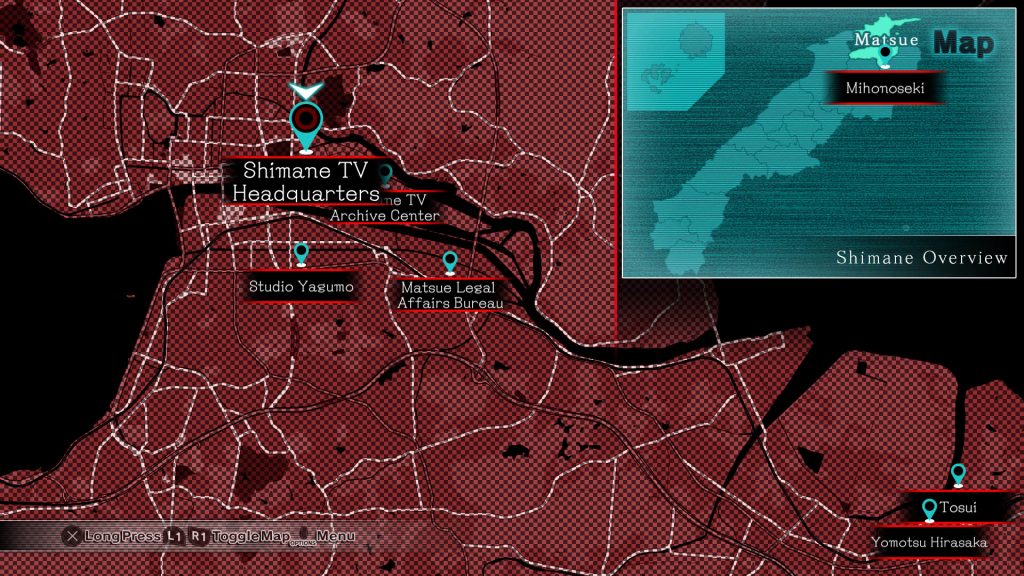 The presentation helps with the atmosphere with strong 2D character artwork. There’s no animation but you will sometimes get a different pose or unique artwork. The backgrounds aren’t unpleasant looking but they often seem to be photos that have a filter put on them to make them appear cartoony, or at least that’s what it looks like. Again, they’re not ugly but they aren’t to the standards of the characters in front of them.

As far as I can tell the voice acting is very good, though the English text is littered with errors. Nothing experience ruining. A typo here, a missing word there. I’ve seen the wrong pronoun used for people as well. You can always tell what is trying to be said through context it’s just a little sloppy and seemed to happen more often as the game went on. 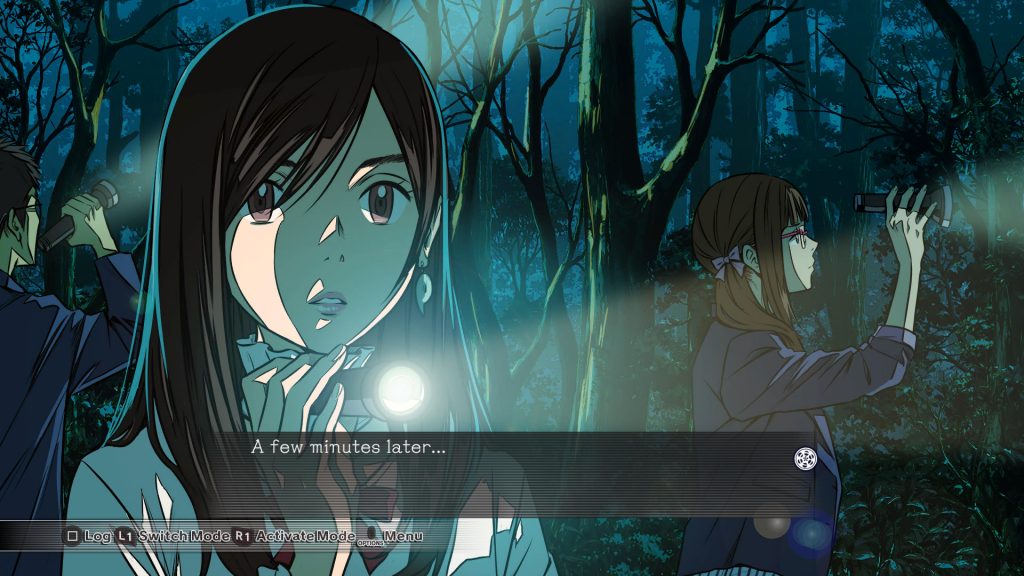 Root Film has the same positives as Root Letter that came before it. It’s got an intriguing mystery and some great characters. The story is generally light hearted despite the theme but it’s not afraid to go darker when it needs to and, most importantly for me, it moves at a good pace. There’s not much in the way of gameplay, the episodes do fall into a familiar rhythm almost instantly and there are plenty of mistakes in the English text but that was nowhere near enough to stop me playing through to the conclusion. Kadokowa Games have done it again, creating a visual novel that I did not regret reviewing one bit.

Root Film
8 Overall
Pros
+ Intriguing mystery
+ Enjoyable characters
+ Great character artwork
+ Moves at a decent pace
Cons
- Some sloppy English text
- Not much gameplay at all
Summary
Root Film, like Root Letter before it, is a high quality visual novel with an intriguing mystery at its core. There's not much gameplay here but the writing moves at a good pace with great artwork and strong, likeable characters.