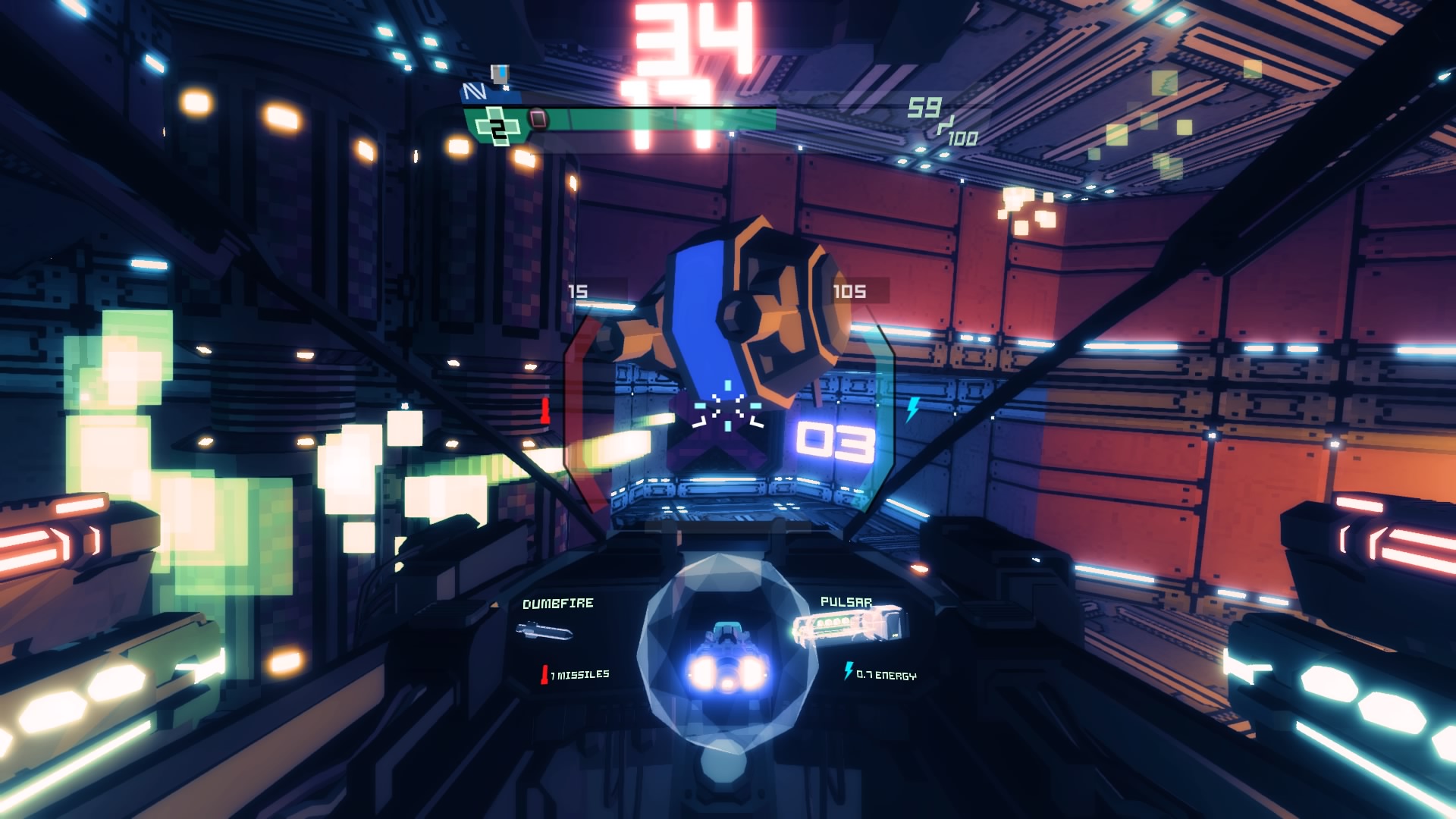 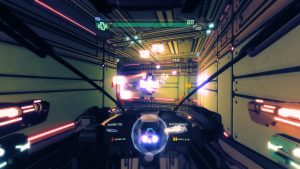 It’s easy to forget in these modern times, that freedom of movement wasn’t always the easiest thing to realise in gaming. These days you can run out of your city apartment, steal a car, drive to an airstrip, get on a plane and dive out right into a swimming pool somewhere in the suburbs but back in the ’90s, things were a little more limited.

From 2D games like Sonic and Mario, added dimensions came with games like Doom and then Quake. Each new game, adding a new wrinkle, a new freedom. But when running around in an FPS wasn’t enough, a game called Descent came along. It gave you the same corridor-dwelling shooting action that Doom did but now with six degrees of freedom, allowing you to go up and down freely as well as the usual left/right/forward/back movements.

Aside from a sequel, Descent didn’t really spawn many imitators but Sublevel Zero came along in 2015, offering up the same type of gameplay but married to a roguelike structure. Sublevel Zero Redux is the PS4 version and continues in much the same vein in that you are piloting a shit in first-person through a space station on a mission to figure out why the universe appears to be tearing itself apart. 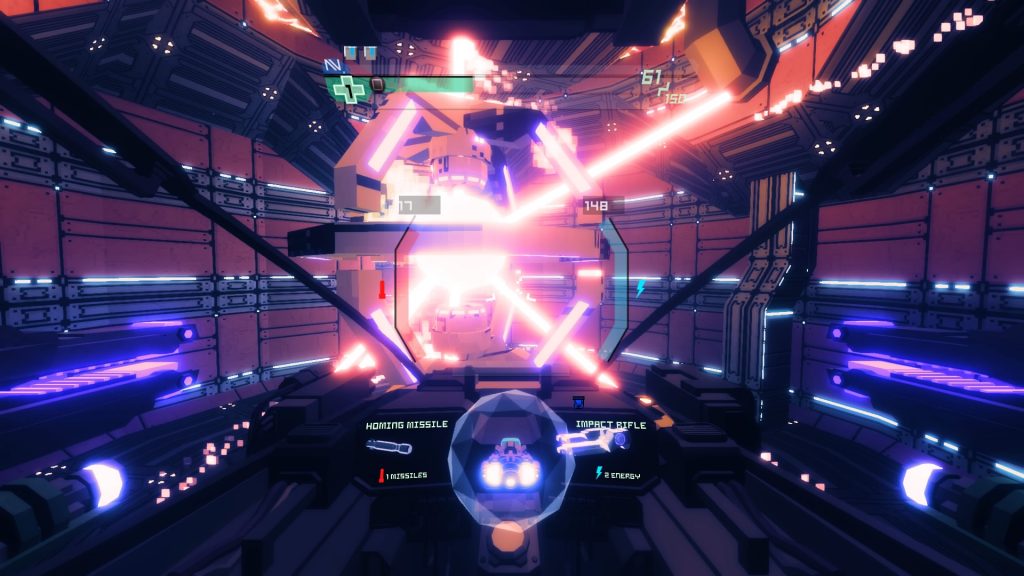 The plot doesn’t matter but the space station’s robotic defenses do.  From turrets and seeker drones to things firing at you, each new room is full of danger.  However, if you are able to defeat the enemies they will drop useful items from ammo and health to new weapons.  This is where the roguelike stuff comes in.  To make any real progress you need to upgrade your weapons by either collecting them or crafting pairs into new ones.  Success can depend on the quality of loot you gather up.  And when you die, it’s over.  You go back to your vanilla ship.

The only permanent changes after death are the blueprints for new weapons that you earn.  These can make progress easier but, much like Enter The Gungeon, you aren’t guaranteed to find these new weapons in any given playthrough.

Unlike most roguelikes, Sublevel Zero Redux isn’t actually all that difficult.  Five shortish levels (or sublevels if you will) await you and it’s all relatively leisurely, at least until the point where death comes.  Slow and careful progress is the key to success.  Kill everything, watch your health and make sure your ship is well kitted out.  However, the game’s slow and leisurely combat can easily lull you into a false sense of security and then it’s back to the start as death occurs. 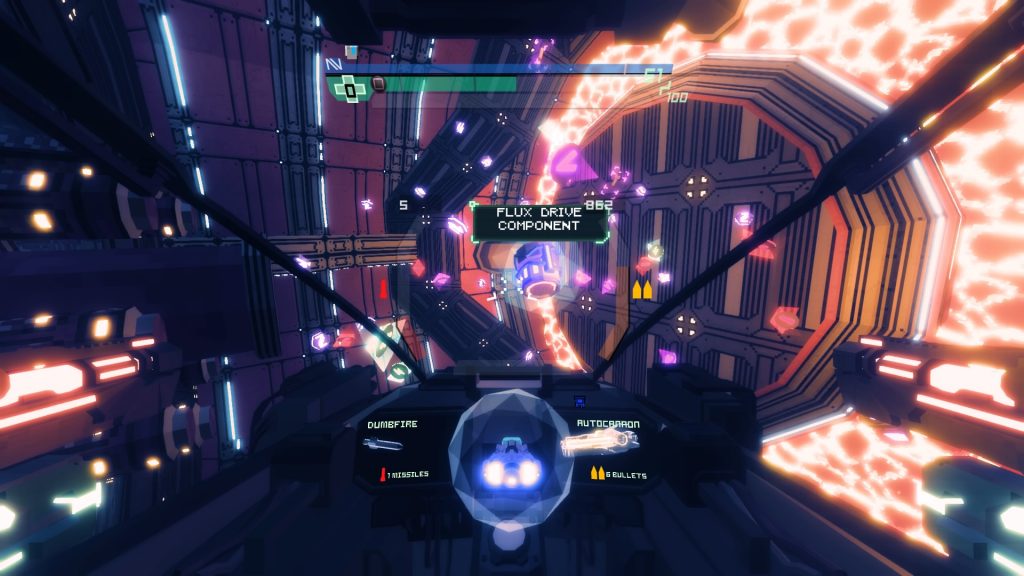 The combat itself is alright.  Despite those added degrees of freedom, this plays a lot like Tower of Guns.  The combat is similarly paced and complacency is often your undoing.  The game’s clunky visuals and movement also echo that particular game.  Not to say it’s ugly, it’s not, but the feel is a little clunky.

The main downside is that this is pretty short.  It’ll take a day or two to get used to the game and the roguelike stuff but then you’ve beaten it and while there are unlockable ships (for doing things like killing enemies by ramming them or not taking damage), I’m not sure what the incentive is.  Much like Risk of Rain, the game is good enough with the default class so why bother upgrading after you’ve beaten the game.  Also, the crafting interface is a little fiddly to read and it’s not immediately apparently how it all works.  You’ll get there in the end though. 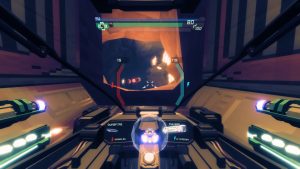 That said, there isn’t much wrong with the game either.  It’s enjoyable, surprisingly easy to navigate (the in-game map is very useful) and the weapon crafting stuff is okay.  I’d like to see way more weapon upgrades, and some easier conditions for unlocking at least a couple of the new ships, but overall this is pretty enjoyable and satisfying.  When you’re limping through the final level with a scrap of health and no repair kits, there is a certain level of panic to opening up each new door.  Especially as it can be quite tricky to figure out where the occasional last enemy in a room is.  But when the main cause of death is your own concentration, it means at least the game isn’t cheating you.

Sublevel Zero Redux isn’t the most original game but it certainly kept us entertained for the last few days and we’re sure we’ll keep diving in to tackle the trophies and get a fix of arcade action when the need takes us.

Sublevel Zero
7 Overall
Pros
+ Tense, thrilling combat + The roguelike stuff works well + The game's short length is okay and encourages replaying
Cons
- Crafting interface is hard to read - Doesn't explain itself that well - Maybe too short for some
Summary
Sublevel Zero takes the lost six degrees of freedom genre, injects some roguelike elements and leaves you with an entertaining but very short shooter that knows how to give you just enough rope to hang yourself. This is a clever little arcade title and we've enjoyed it but there are questions over the value for money.