We reviewed Stellatum back in October 2019.  This mix of the vertical-scrolling and twin-stick shooting sub-genres was a stylish and addictive shoot ’em up which felt different to the usual arcade-inspired titles on PSN.  The developer, Sometimes You, went on to make I, AI a year later but now Stellatum is back sporting a new lick of paint and some new haptics.  Aside from that though, the original review stands, so we’ll be recycling that right here. 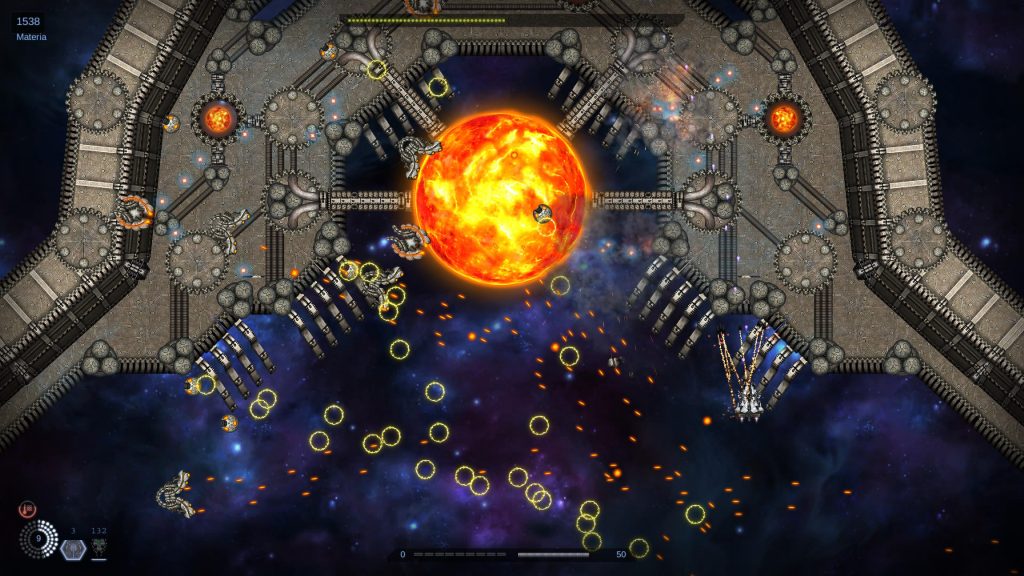 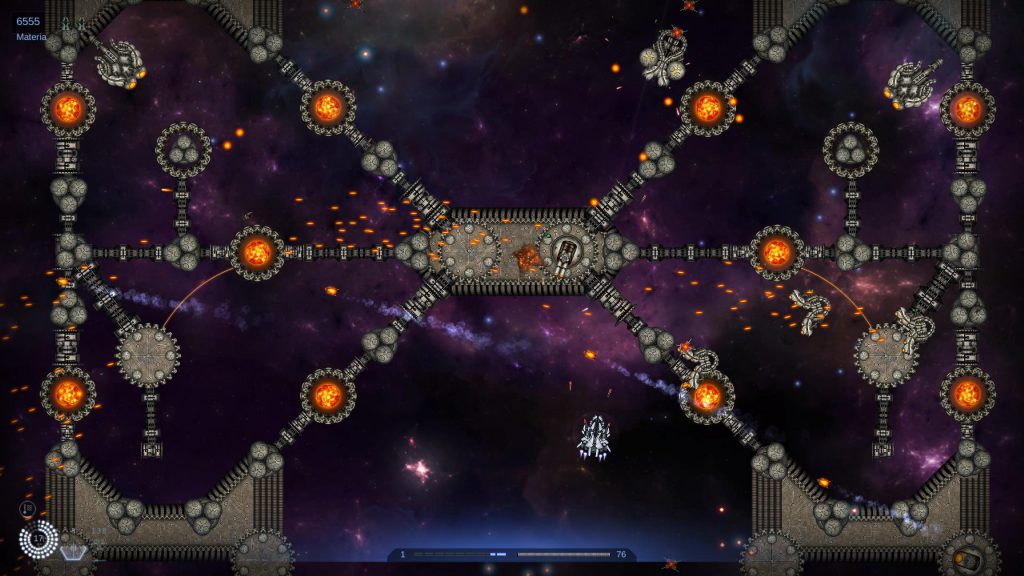 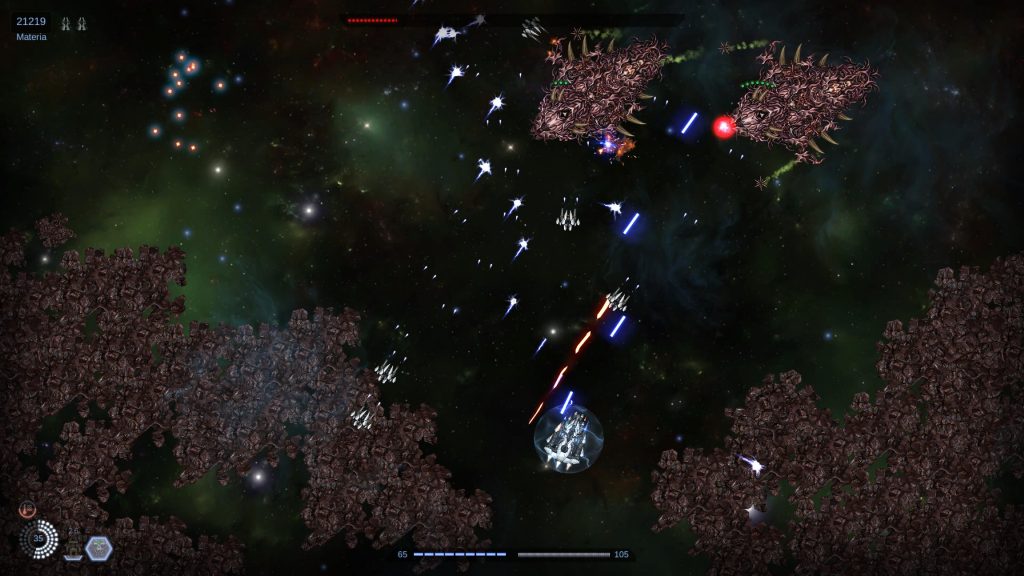 Well, not much has changed.  The game is still stylish and deep when compared to many other shoot ’em ups but those eighty or so levels do grind on.  The early inertia-heavy, peashooter-firing ship loadouts are still a yawn to get through but, as before, the game does improve.  The array of weapon types, handy gadgets and defensive upgrades really do make the game more interesting and there’s a lot going on on-screen which makes the action feel very dramatic for what is a 2D shooter.

The only upgrades are a higher resolution and the new haptics.  The haptics are good with the DualSense’s motors getting a real workout.  Every bit of action seems to vibrate in your hand, even just enemies firing and your various weapons and engine movements all lead to some very sophisticated rumbling.

The visual upgrade is harder to notice as Stellatum was always a detailed game but it all looks good for sure and certainly any flashes of light and fire to tend to pop on the screen now.

We’d have liked to have seen some refinements in the gameplay and maybe a retooling of the levels, weapons and bosses but the game still holds up well and the new trophy set gives us a reason to keep playing.  It’s a shame that the upgrade isn’t more substantial (it’d be cool if it was free to existing owners too) but it is worth checking out if you missed it before and we’re pleased that finally someone has remembered to put haptics into a PS5 port.

Stellatum
7 Overall
Pros
+ Stellatum is still a classy, enjoyable shooter
+ Improved visuals and haptics
+ Upgrades are addictive
Cons
- The game is still too long and samey
- Takes a while to get interesting
- Upgrade path is needlessly fussy considering that you never have to save up or grind for the next one
Summary
Stellatum's classy, upgrade-heavy take on the classic vertically-scrolling shoot 'em up was good in 2019 and is still enjoyable today. The improved visuals and haptics are welcome but we'd have liked to have seen some tweaks to the gameplay too.