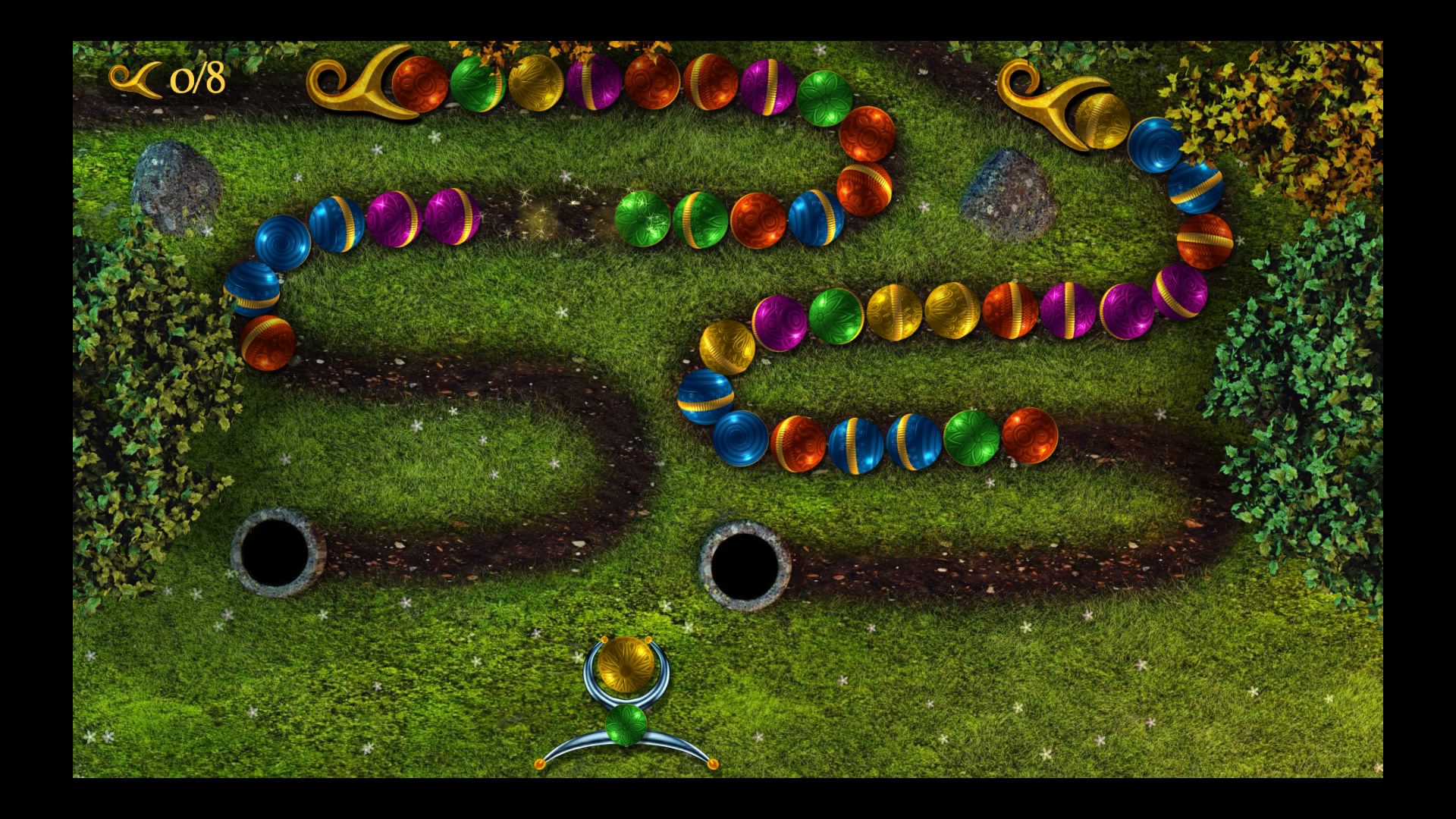 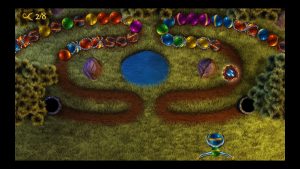 Sparkle Unleashed arrives on the Playstation 4 as the third instalment of 10tons’ match-three puzzler series. A game that traditionally finds a home amongst mobile platforms, this game intends to provide that experience for a console audience.

For the unfamiliar, the main gameplay consists of flinging marbles at an advancing snake of orbs in an effort to clear it. Match three orbs of the same colour to eliminate them and stave off the threat. Match them successively to increase your multiplier and gain power-ups to assist you. The orbs come at you in waves at regular intervals so being mindful of what’s on the board is crucial. Its a simple concept that has managed to work successfully for a number of iterations.

Along the main campaign you’ll unlock new powers and new mechanics are dished out regularly enough to freshen up the early going. Its a lengthy mode featuring excess of a 100 levels. This is bolstered further by survival challenges and a hard mode so there’s no shortage of content. Fans of the series will be well served with this. The game’s presented much like the previous versions with a whimsical musical score and a world map that’s punctuated by cutscenes that allude to a story about … something. If you played a previous Sparkle, you know what you’re in for. If you’re seeking a change in the rulebook, look elsewhere. Like the two games before it, Unleashed sticks largely to the tried and tested formula. 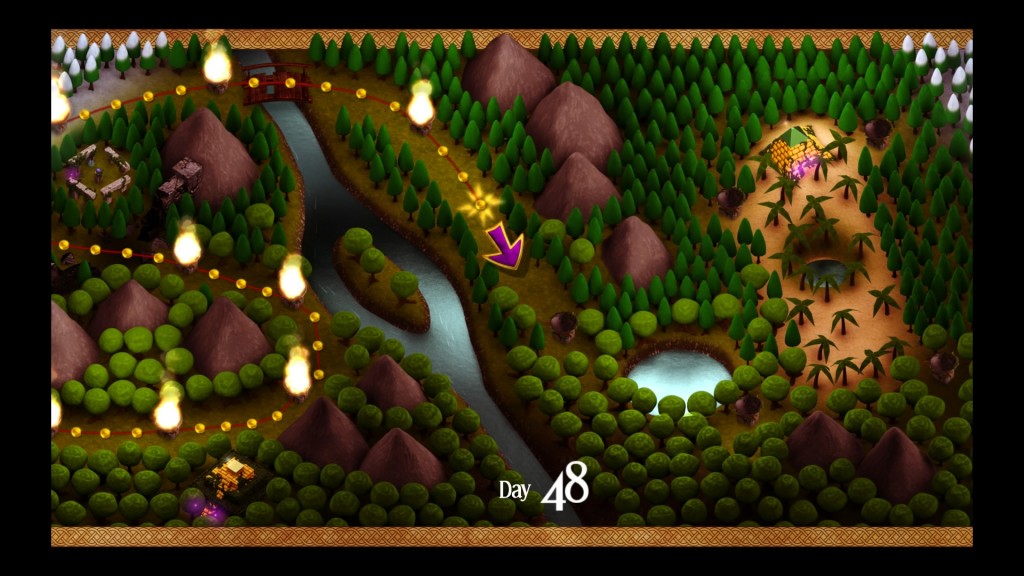 The game does change things up in the first third when its still introducing new concepts to you but, once the tutorials are over, the game starts to show something of an uneven challenge. Survival missions that require you to keep out of trouble for two minutes offer a surprisingly relaxing time whereas the standard missions start to frustrate. Success can be sweet in Sparkle Unleashed but it soon becomes apparent that, like its predecessors, there are situations where you’re at the mercy of lady luck. Power-ups, the board and the orbs in hand are all randomised so you’re encouraged to scrape your multipliers together in the hope that one comes along that saves your bacon. Some offer better bonuses than others so landing a dud one at just the wrong moment can feel unfair. 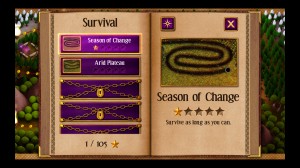 I’ve definitely had scenarios where defeat seems inevitable and you’ve got nothing on hand to bail you out. It bogs down the progression but levels are short enough to warrant you coming back for repeated tries. On top of that, levels take place along the same repeated tracks so you’ll revisit the same ones over and over again. You’ll quickly recognise the ones you dislike or have problems with. There’s nothing worse than unlocking a power-up and then seeing its spawned in a place you simply cannot reach.

Sparkle Unleashed is, warts and all, another Sparkle game. How it looks and plays dictates that this is a sequel with few bells and whistles or attempts to change the original formula. If you’re fine with more puzzles and are prepared for a lengthy, familiar product that will occasionally frustrate you, go ahead. There’s hours of gameplay here to enjoy. Its just a shame they weren’t bolder with it.

Sparkle Unleashed
6 Overall
Pros
+ Simple, challenging gameplay. + Hundreds of levels on offer.
Cons
- Doesn't try anything new. - Offers an uneven challenge.
Summary
I enjoy a match-three from time to time but this one frustrates and delights in equal measure. Its very traditional by design and doesn't try to change the formula. There's a lot of matching to be done and, if you can forgive the random elements, you'll get something out of it. Don't expect something different, though.
We use cookies on our website to give you the most relevant experience by remembering your preferences and repeat visits. By clicking “Accept”, you consent to the use of ALL the cookies.
Cookie settingsACCEPTREJECT
Manage consent