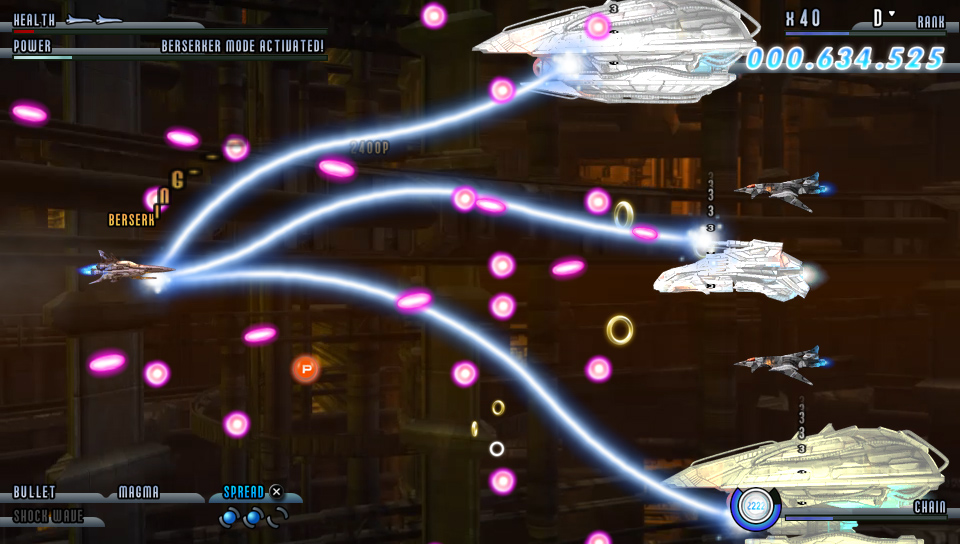 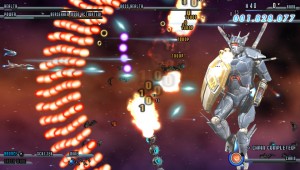 Despite being crafted by Eastasiasoft, Söldner-X 2: Final Prototype feels like a very Western shoot ’em up.  It is a 2D horizontally-scrolling effort with a very clean look that isn’t quite as bullet-hell focused as some of these screens may suggest.  We were fans of it on the PS3 and this port brings the whole game over to the Vita where this once-popular genre is strangely absent.

You see, the last decade has more or less belonged to the twin-stick shooter and post-Geometry Wars, we don’t see good old-fashioned shooters like this very often and thankfully Söldner-X 2 is a very decent game.  After some text preamble plot nonsense, you are initially presented with the main game which features five stages.  Most of these stages feature no foreground obstacles and so the focus is all on destruction and keeping your combo going.

The core game feels solid and satisfying.  I found myself switching from analog to d-pad when I needed more precision but had no issue with the controls.  Certainly the game feels as good as it did on the PS3 and despite having quite basic level design in so far as there really isn’t much in the way of foreground objects to navigate through, there is also some complexity in how you use and upgrade your weapons and when combined with the combo system (which allows you to release more powerups into the gameplay arena), there is quite a lot to think about when playing the game. 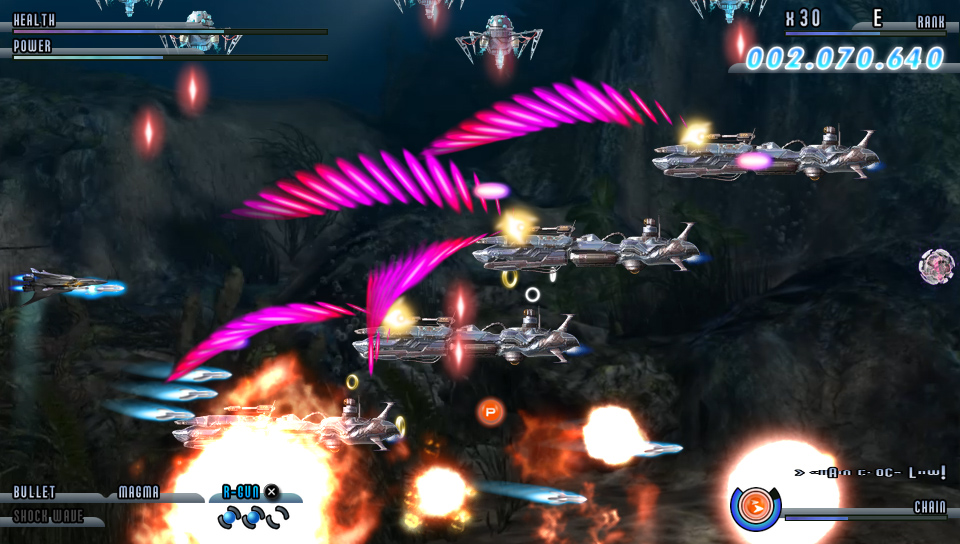 One thing that isn’t great is that you don’t get that instant hit of satisfaction from power-ups.  You slowly upgrade your weapons and you just don’t get the same visual pay-off that you do from games such as R-Type and Gradius.  I want to see bigger lasers or more bullets when I hit an upgrade and that just isn’t the case here and as the levels get harder, you never really feel as if you are powering up.  Also, there isn’t a huge amount of strategy to using powerups well unlike in other shoot ’em ups.

As with games like Resogun and Geometry Wars 3, there is also some added depth to be found.  Each level has four secret keys which unlock a further two levels.  Also, as you proceed, additional challenges are unlocked which require you to play through the game under certain conditions (like not missing enemies or losing health).  This release also includes the Final Chapter DLC which adds a further three more levels and also additional challenges. 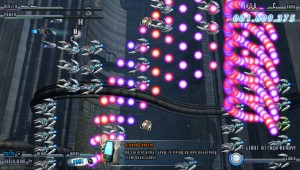 The challenges add some much required variation to the game which is good as the vanilla package on offer here is good but not spectacular.  That said, with so few options out there for old-school shoot ’em up fans, we’re maybe a little more forgiving of Söldner-X 2: Final Prototype than we may have been during eras where this genre was a little more stacked.

One real benefit of the transition over to the Vita is that the visuals look great on the old OLED box of tricks.  The graphics are clean, tasteful and bright and on the Vita’s bright display it all looks very nice.  The graphic design is maybe a bit safe though with not that many memorable moments (although the third stage boss is pretty good in that respect).  Audio presentation is also polished but unremarkable with the usual combination of explosions and laserfire over a mix of generic dance music and robotic voice announcements.  Headphones are recommended though.

It’s a shame that some four years after it’s PS3 release Söldner-X 2: Final Prototype doesn’t bring a few more tricks to the table.  With games like Super Stardust Delta on the system adding modes that use all of the various inputs on offer on the system, there’s not much excuse for just a simple port but the core game is strong enough here that we can recommend it without too much hesitation.  It has been good to get back onto this game since we retired our PS3 and despite its minor shortcomings, Söldner-X 2: Final Prototype is well worth checking out.

Söldner-X 2: Final Prototype
7 Overall
Pros
+ A nice solid shoot 'em up in a genre that is under-represented on the Vita. + Looks very nice. + The challenges add more depth than you'd expect. + Solid, satisfying shooting action.
Cons
- A bit of a one trick pony. - Non-existent level design. - Has maybe a few too many gameplay elements to think about. - Power-ups lack oomph.
Summary
A simple Vita port of a decent PS3 shoot 'em up, Söldner-X 2: Final Prototype is beautiful to look at on the Vita and decent to play. It lacks depth, even for this genre, but it is enjoyable.