Oh Skully, dear Skully. When we watched a trailer for your eponymous game from Finish Line Games, it all seem so polished and high quality. But what we’d actually seen was like a comedy film trailer where all the best gags are given away beforehand. The final product being so devoid of laughs that you’re waiting for the jokes from the trailer to get through it. Stick with us and we’ll explain why.

Skully is a reanimated skull given life with the help of a little earth magic from an apparently harmless bearded loony called Terry. Eventually you’ll discover he is in a perpetual squabble with his siblings Wanda, Brent and Fiona. Their mum even shows up later on. The opening few chapters are in Wanda’s fiefdom so initially all you’ll encounter will be lots of water elementals to do away with. 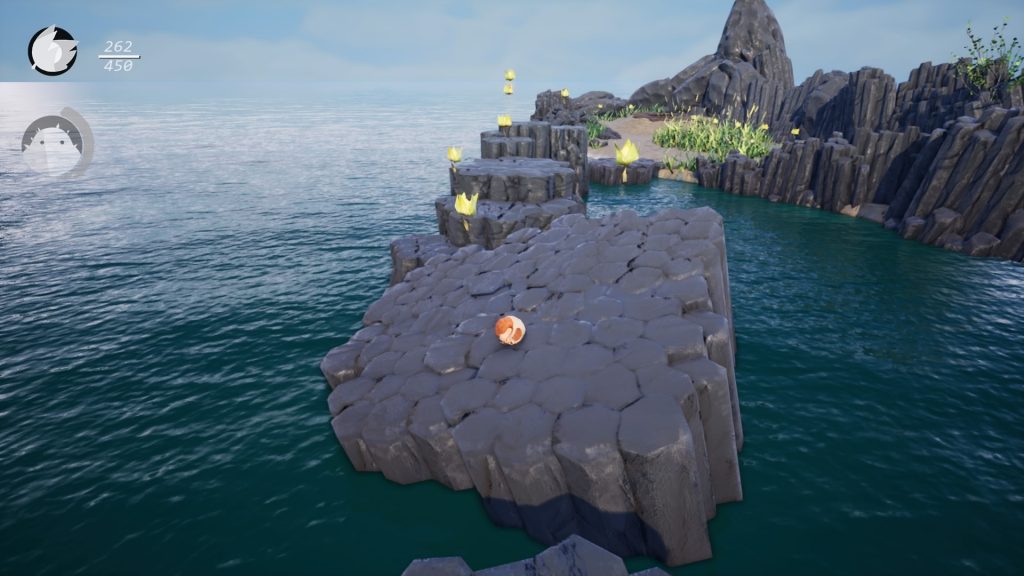 Skully is just that, a skull. With the mud inside his cranium he gains the ability to roll around and also jump. That’d be enough for a lot of other games, but you can eventually change form to one of three golems. The first is the strong form who allows you to smash walls and defeat water enemies. The second is the swift form who is just that, swift and able to speed across gaps and past enemies. In addition, you can move platforms  to bridge gaps. Finally, there’s the vault form who can double jump and can lift blocks into the air.

Due to the ever so slightly idiosyncratic movement from Skully himself, you’ll find yourself sticking with one of the forms if you have the opportunity. After while though, you won’t be able to progress as you’ll reach vines or a narrow gap that only the skull is able to negotiate. Unfortunately he’s quite the handful, the slightest push in a single direction leading to him flying off without your meaning to. 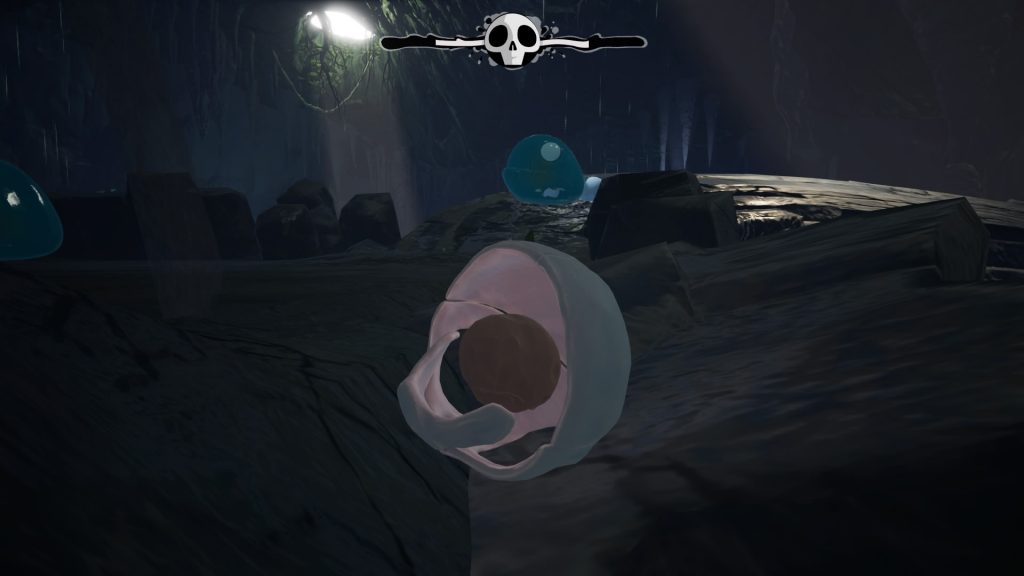 One platform section in an early chapter is made far more frustrating than it really ought to be, due to a combination of a wayward camera, Skully’s tendency to not jump cleanly and checkpointing that can often be far too far apart for comfort. You’ll find yourself replaying some sections over and over.

There’s trophies aplenty on offer for carrying out tasks as you progress through the story. Unfortunately some of them relate to not dying during a stage, which is easier said than done. Never mind doing it on ten distinct levels. Due to Skully being occasionally as easy to control as a baby deer on an icy lake, these seem to be destined to remain the realm of committed masochists. 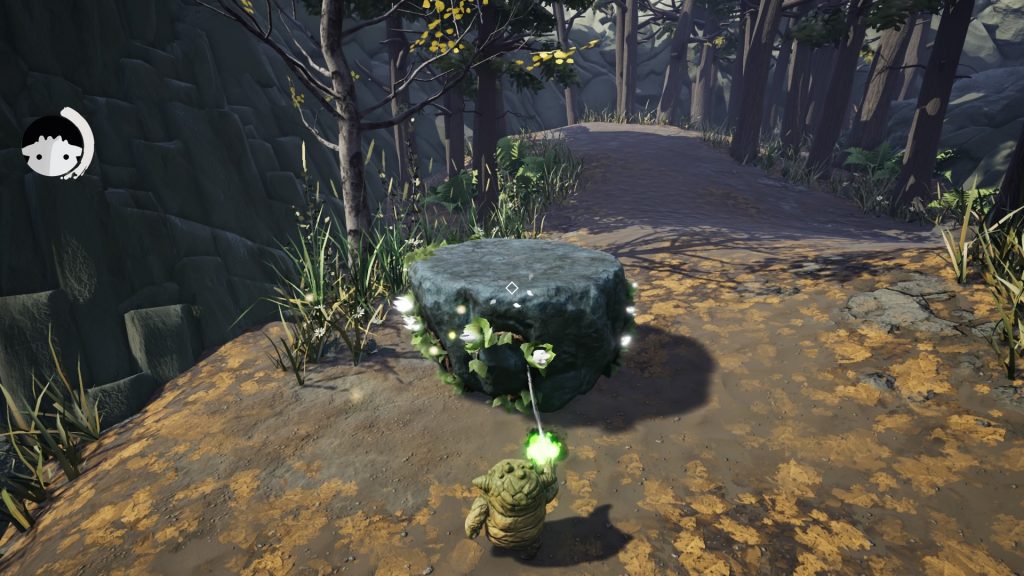 Never mind the two trophies managing to to avoid the tsunami and volcanic eruptions. They’d be fine in a Crash Bandicoot game with the sure-footed orange marsupial, but a big ask with a skull. These chases might be doable with one of the alternate forms, but you won’t have the opportunity to be using them, never mind in the case of the strong form only being able to jump a short height.

The occasionally sparse checkpointing makes getting all collectibles on some levels something of a thankless task, especially when Skully dies almost as soon as he hits water, his three hit points washing away quicker than our enthusiasm for replaying that section yet again. 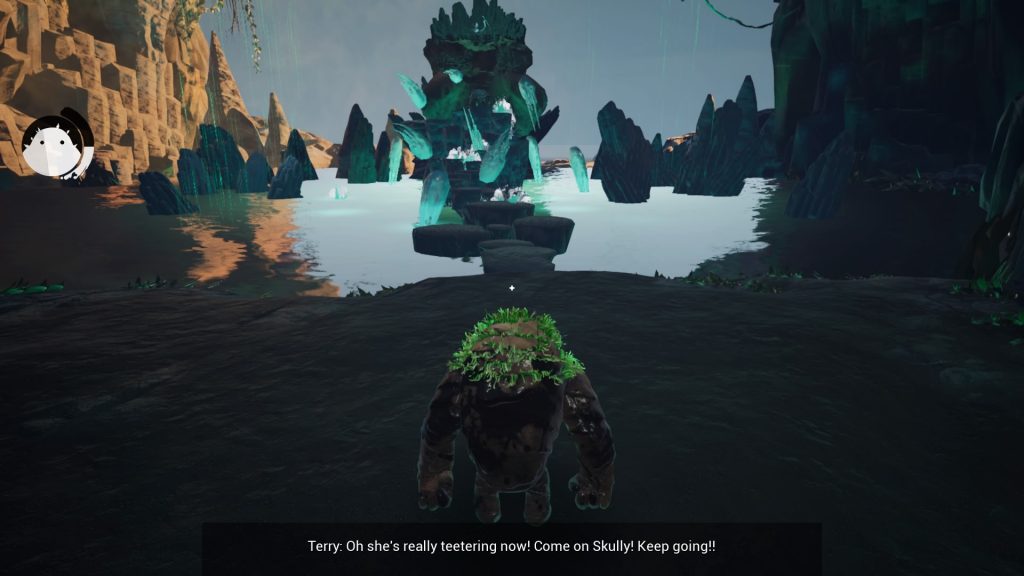 You can go and replay the stages you’ve already completed to try and get through without dying. Or to get all the collectibles. It’ll be a rare occasion you’ll manage to do both in one hit. To make things doubly irritating, when you replay a section in a level you’re currently on, the collectibles you’ve already gathered are greyed out. But not so if you choose to select that stage. All items, regardless of collection status, are shown as if you’ve never encountered them before. The game is clearly able to differentiate between those you’ve collected or not, so a few bytes of code would surely resolve this annoyance. 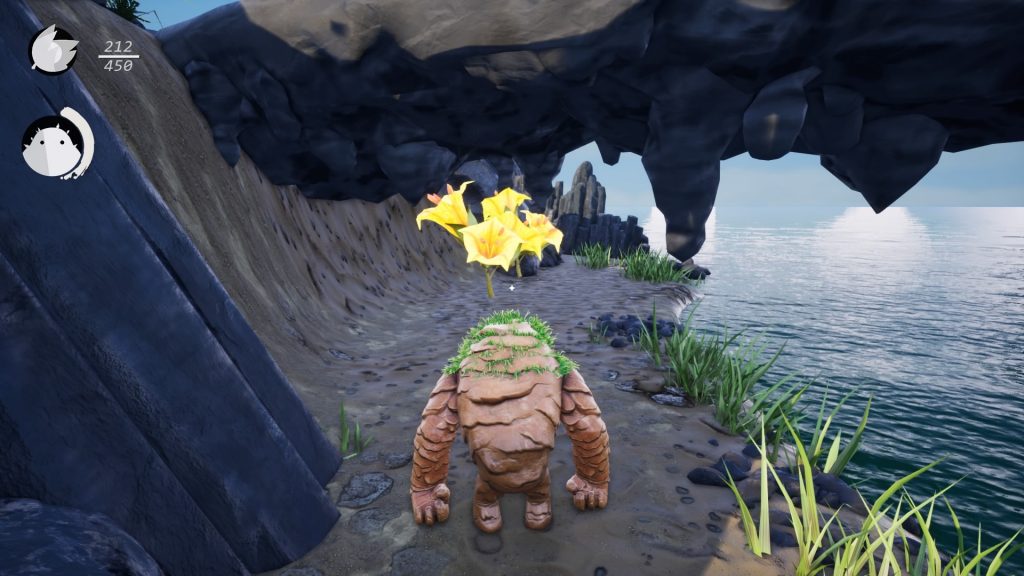 It might seem like we’re moaning excessively, perhaps we are. But despite everything you’ll feel compelled to plough on through the story, warts and all. Terry’s interaction with his siblings is amusingly scripted, it’s just a shame it’s reduced to still renders. We understand why it’s not video, but even a few in-game cutscenes might’ve worked.

In conclusion then, Skully‘s journey isn’t perfect and it’s marred by frustrating controls and checkpointing issues, but you’ll still have fun if you don’t launch your controller in frustration at some of the more… fussy platforming sections.

Skully
7 Overall
Pros
+ For a mute skull with a brain made of mud, Skully is quite the lead
+ Level design, when it's good is wonderfully fluid
+ Alternate forms are well realised
+  Voice acting on Terry and his siblings is fun

Cons
- Fussy platforming with deaths you feel hard done by
- Collectibles are a massive chore
- Occassionally wayward camera can be a genuine hindrance
- Checkpointing is very hit and miss in terms of spacing
Summary
Skully is a case of lovely concept but fails a little in terms of execution. A wayward camera and overly idiosyncratic movement for Skully himself mar an otherwise fun journey.