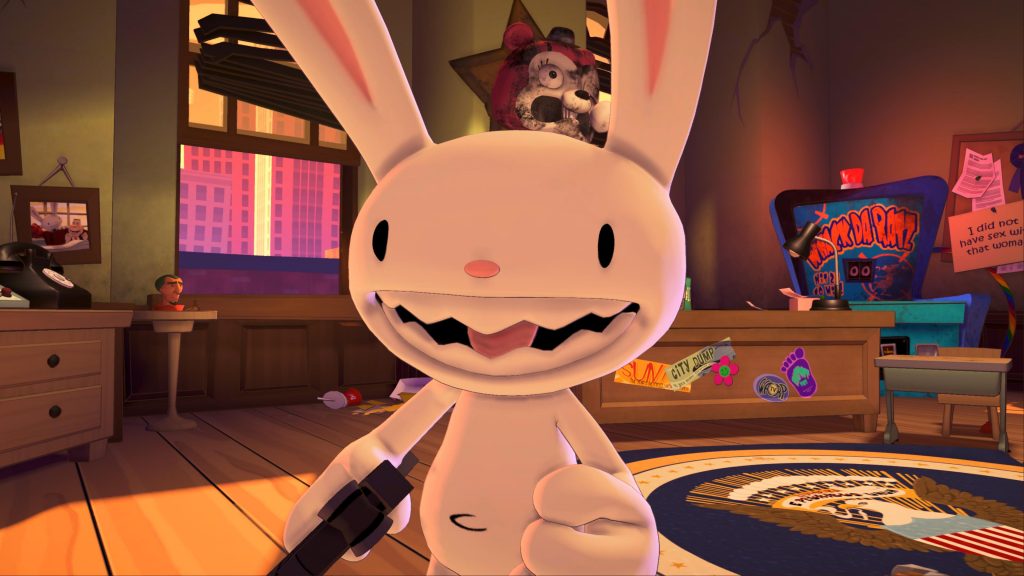 Before we go any further on this one. Please note that this is a review for the second season of Sam and Max, a Telltale Adventure. The first season is known as Save the World, which we also reviewed at the same time here. Beyond Time and Space is a continuation of the story as well as a sequel that uses similar mechanics and setup, most of this was already covered, so please check the original review for a good idea of what to expect.

Remastered by Skunkape games, Sam and Max Beyond Time and Space enjoys all the same improvements that Save the World also had. This comes in the form of the widescreen treatment, clean up of visuals with the new cel-shading and a spruce up in terms of the voice acting and audio presentation. Fundamentally though, this is the same release from 2007, which came out just six months after the first season had concluded. 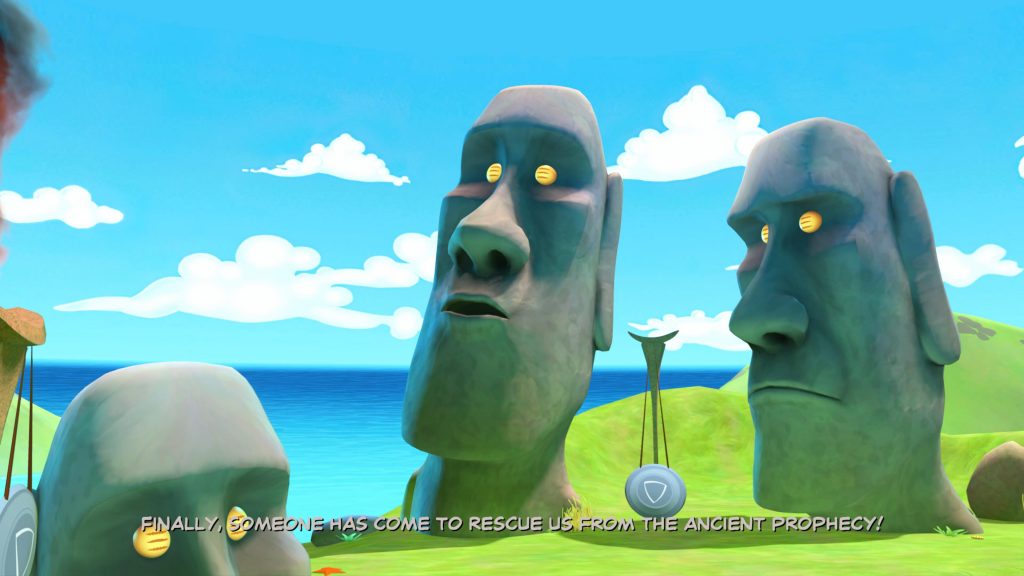 Sam and Max: Beyond Time and Space feels more like a direct continuation than a full-on sequel to the original season. Players will find themselves venturing through a lot of the same locations, such as the office or Bosco’s, while also meeting newer characters like Stinky, who is clearly hiding something and Flint Paper, Sam and Max’s more capable and straight seeming private investigator neighbour. Despite the familiarity, the adventures go further than they did before, with more jokes and puzzles packed into this five-episode season than Save the World’s six.

Where Beyond Time and Space benefits more, is in the sleek presentation of each mission and the out-there locations the freelance police duo find themselves in. This season sees missions take place in locations such as the North Pole, where a paranoid Santa is seemingly going postal and Easter Island, where Sam and Max must solve the mystery of the island to stop a volcanic eruption. The benefit of making it through the first season as well, is that the characters of the first come back and offer a semblance of continuity and familiarity to each mission. Previous villains such as Moleman and the Soda Poppers come back, with knowledge of their characters providing a clue as to how to proceed further as they remain consistent with their previous iterations. 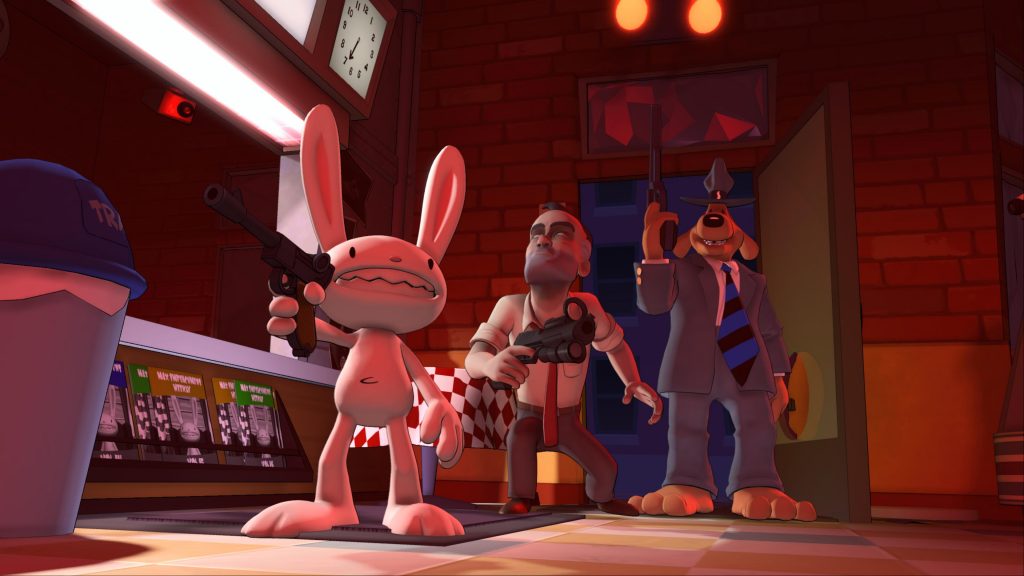 Without heading into spoiler territory, there is not much else to say. Where Save the World felt like an easy introduction to the characters of Sam and Max and their universe, Beyond Time and Space feels like a more in-depth and thought-out continuation with slightly wackier results. The package excels is in the use of this continuity, whether the humour takes the form of a deep cut call-back to a previous mission from the first season or finding a way to reuse items that players were acquainted with beforehand.

Of course, the same issues from the first season apply. Play these in one long session and that sense of repetition will sink in and strongly. Although Beyond Time and Space does go some way to reduce this with better pacing and travel sequences that automatically take you to where you need to be to reduce the strain of backtracking. There is also a lot more variance of locations than the first season, breaking up the need to see the same places time and time again. As a result, Season two feels better presented and offers more for the player, especially if they played through the first season. Of course, you wouldn’t want to play this if you haven’t as you would be missing out on a lot of the humour and story. 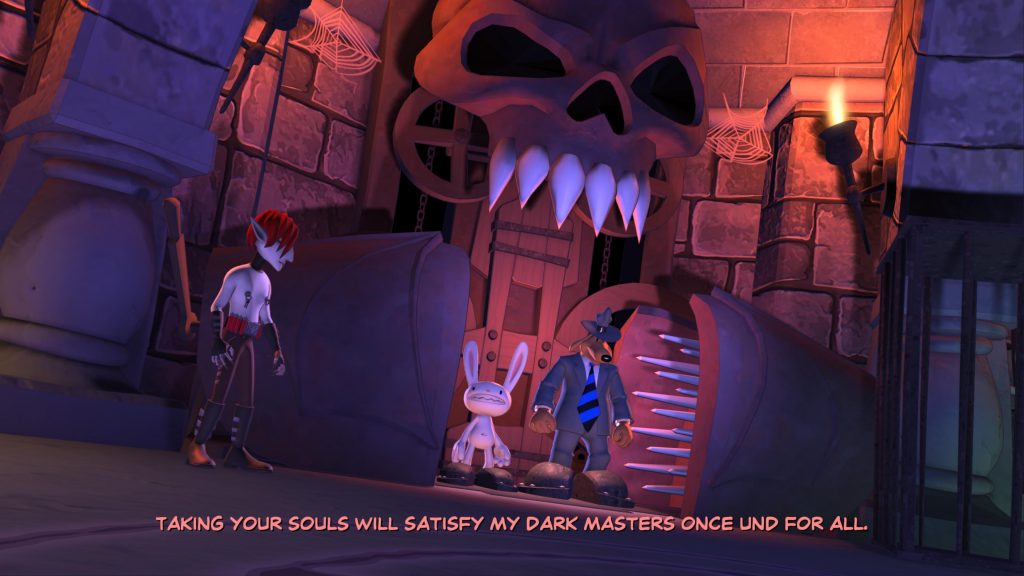 Sam and Max Beyond Time and Space
8 Overall
Pros
+ Skunkapes remaster work still shines throughout
+ Despite having less episodes, Season 2 packs in more puzzles than the original
+ This season is packed with memorable characters and moments such as Flint Paper and Stinky
+ Still one of Telltales finest games
Cons
- Some of the jokes still don’t land as well as they used to
- Will feel like more of the same
- Repetition is still an issue if played in one sitting
Summary
Sam and Max Beyond Time and Space is a direct continuation of the first season of the freelance police’s antics and does not let up on the humour and standards set from before. Lovingly remastered by Skunkape games for the modern age, this is a great followup to the original season and the high-quality remains consistent throughout. If you loved Save the World then there is no reason not to get this, but you’ll be lost if you try Beyond Time and Space first.