Alfred Hitchcock – Vertigo is a game we didn’t necessarily expect to see. Coming from Spanish developer Pendulo Studios and longtime French publisher Microids, this is a mystery adventure with occasional QTEs based on the premise of Hitchcock’s film. Rather than closely following the plot of the Jimmy Stewart 1958 classic, this is more inspired by the original French novel upon which Hitchcock based his movie. We’ll assume you’re not necessarily familiar with either, though we’d see this more as a companion piece.

Thankfully for us here at PSC, this reviewer isn’t massively precious about that film, preferring instead The 39 Steps or North By Northwest as our Hitchcock repeat watches. We never tired of watching either as Robert Donat and Cary Grant respectively are fantastic in both. Now those would be top game basis too. 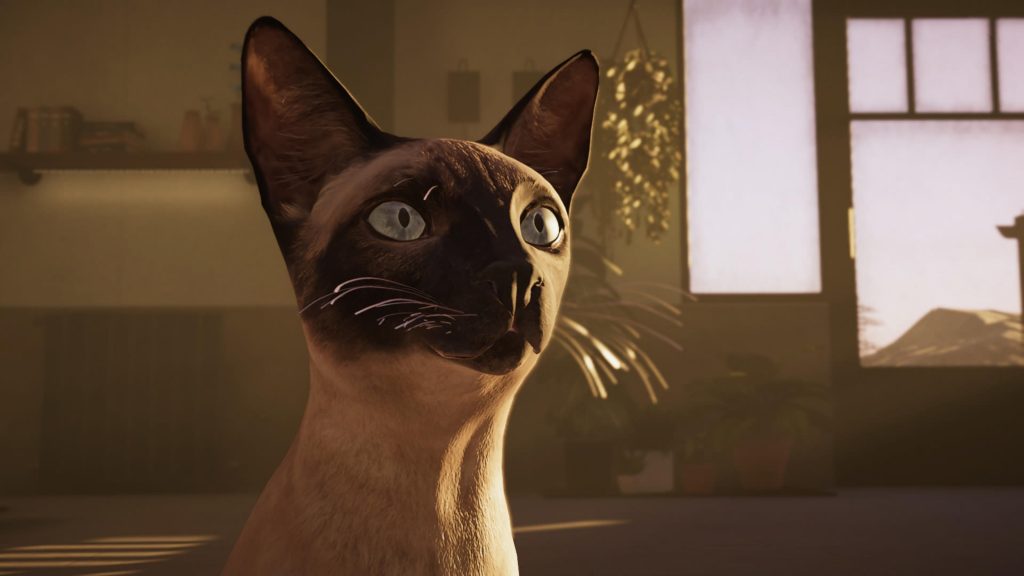 Anyway. Vertigo begins with the protagonist of the piece, one Ed Miller, appearing to have been the victim of a car wreck. Mayhem, tyre tracks, an abandoned car. Only he’s completely uninjured. He’s convinced that his wife and daughter were on board, but neither are anywhere to be seen.

In an unreal dreamlike sequence, he finds himself atop a suspension bridge and you’re gently introduced to some interesting QTE-like mechanics. Alternating

to run for example. Or holding down the left analogue stick to interact. It beats the more prosaic face buttons at least. 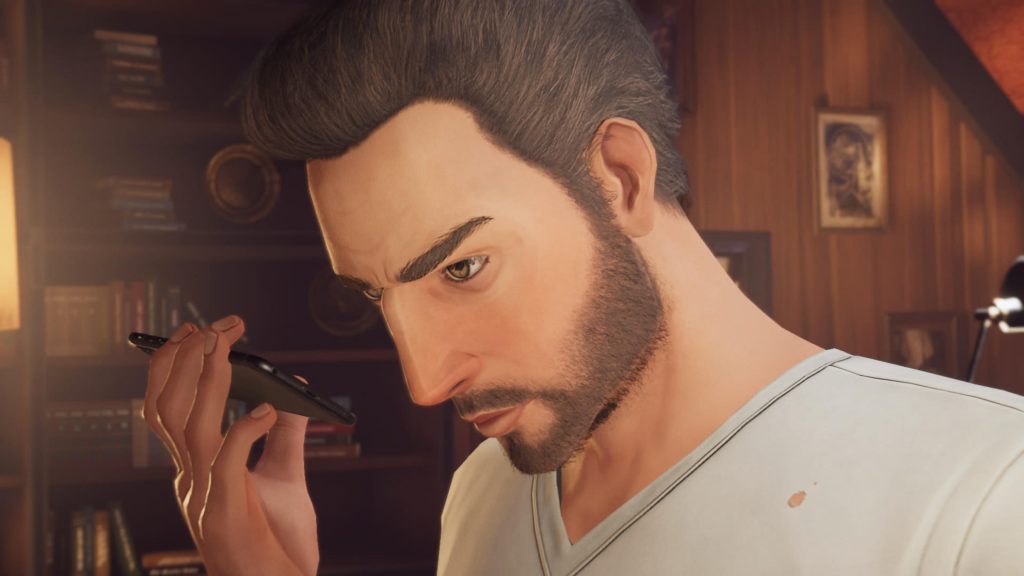 At this point the titular Vertigo makes itself known in a nice sequence aping Hitchcock’s classic dolly-based technique. Soundtracked by a very Bernard Herrmann-esque score, this is all very slickly done. Well done mocap sequences and fair voice acting do a pretty good job here. Interestingly, rather than resort to all sorts of lipsyncing matchups, a lot of the dialogue is recounted via memories as voiceover. It’s a clever mechanic. Though it’s a wise technical choice as the lipsyncing can be a bit… gurning competition worthy. 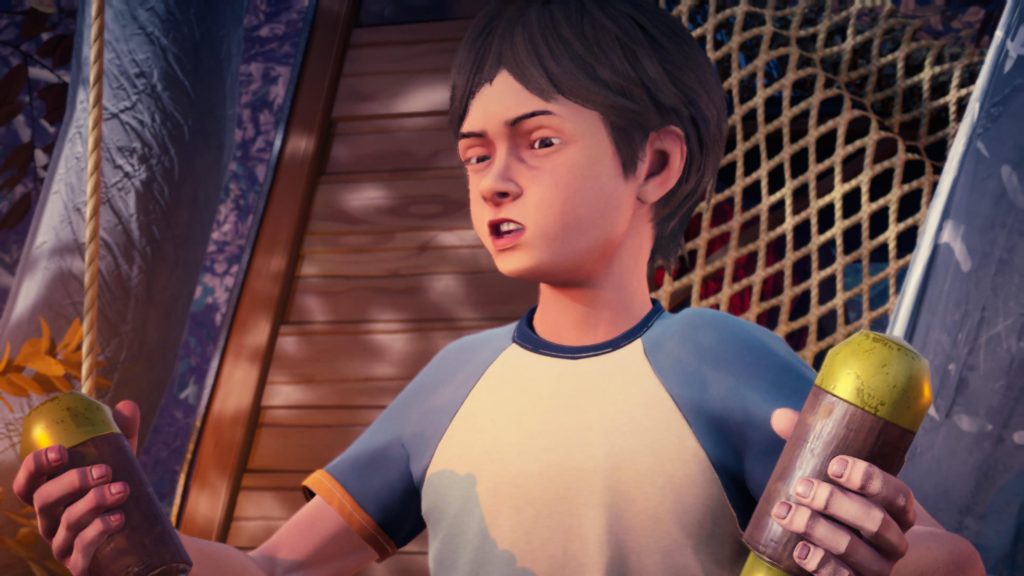 Once what amounts to a short introduction to the game’s mechanics is done, you’ll get to the meat within Vertigo‘s tasty pie. Ed is subject to a series of therapy sessions by a lady psychiatrist which lead to a series of flashbacks in which he initially encounters a lady named Faye, seemingly by chance.

Through a mix of flashbacks and hypnotic regression, you’ll gradually unravel the story. The flashbacks are more what you’d expect in terms of dialogue and interaction, the hypnotic regression being a little more interesting. Though the QTE prompts you have to hammer to induce this state are a little old hat, the way your disembodied id walks around the scene picking up clues is interesting. For example, you’re trying to establish when your initial encounter with Faye took place. It reminded us a little of the functionally similar Mind Palace mechanic in The Sinking City that we reviewed March last year. It’s a nice way to fill out the picture, though a bit hackneyed when you can legibly read a mobile phone screen with a date on.

As well as yer man Ed, you also get to walk around as his psychiatrist and other ancillary characters like the local police chief. It stops Vertigo  feeling like a one trick pony in that regard and gives a nice alternate perspective. 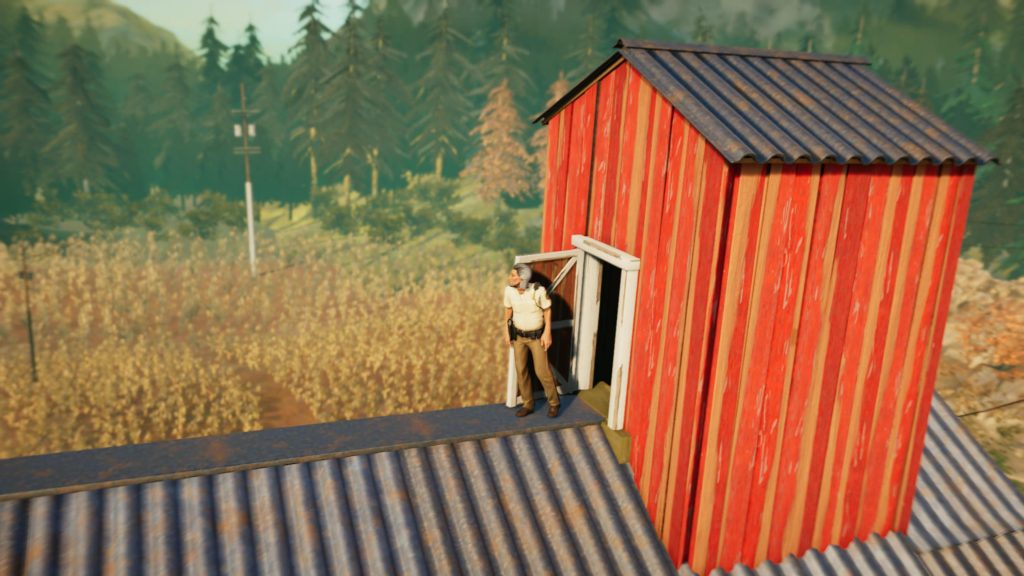 What we did find a bit jarring was the fact that the girl Ed becomes infatuated with is supposedly twenty-three, not to mention the fact that she mentions she first became obsessed with him ten years prior, but her character model makes her look mid-thirties. Perhaps it’s this old man reviewer’s  filter where anyone born since 1990 is interminably young, but it still seems like something’s off. Although it adds to the general feeling of uneasiness we felt throughout our playthrough. That’s no doubt down to the source material, though Pendulo have done a good job conveying that.

We didn’t like the fact that some tasks are down to timing a QTE right, for example one basketball shot is night on impossible without multiple reloads if you mess it up, you don’t get another go. It feels incredibly arbitrary even beyond the fact there’s an associated trophy. Also, some characters are well modelled, though others like Ed’s aunt feel really quite janky. The way her sweater texture warps as she walks is particularly unnerving, not to mention her abrasive nature. 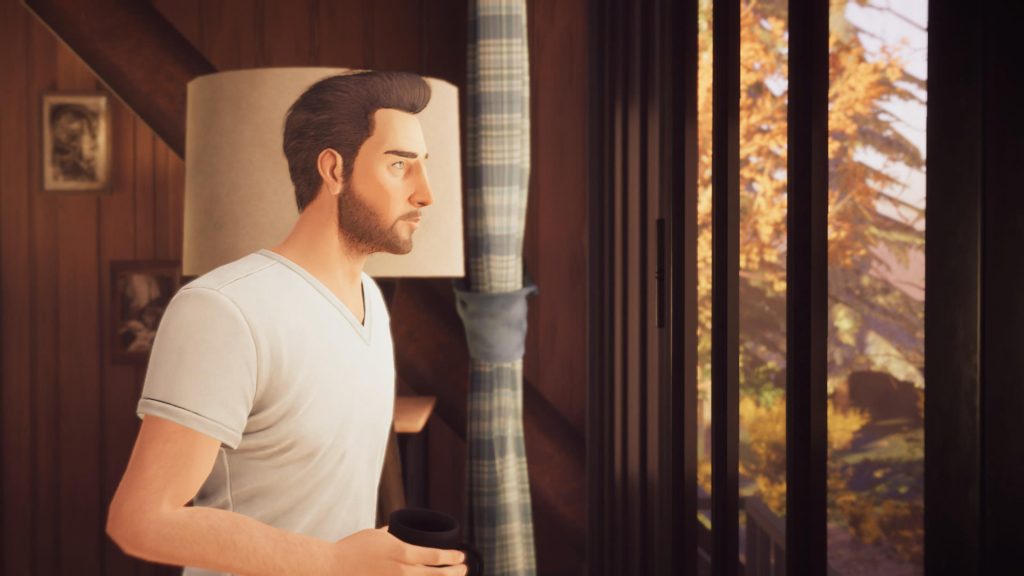 It’s quite difficult to convey the sense of dread we felt playing, though for all you sports fans out there, the sense of forboding and inevitability is palpable. A bit like when Robbie Ray took the plate in the ninth inning of the ALDS first game against a team he has historically been terrible against. You just knew something bad was going to go down, in his case giving up a walk-off three run homer.  The sense of bad shit going down underpins the experience here.

Most of the character dialogue flows really well, but at other times it can come over really clunky. Almost as if it had been run through Google Translate without any post-processing. This isn’t helped by the occasionally wooden delivery either. 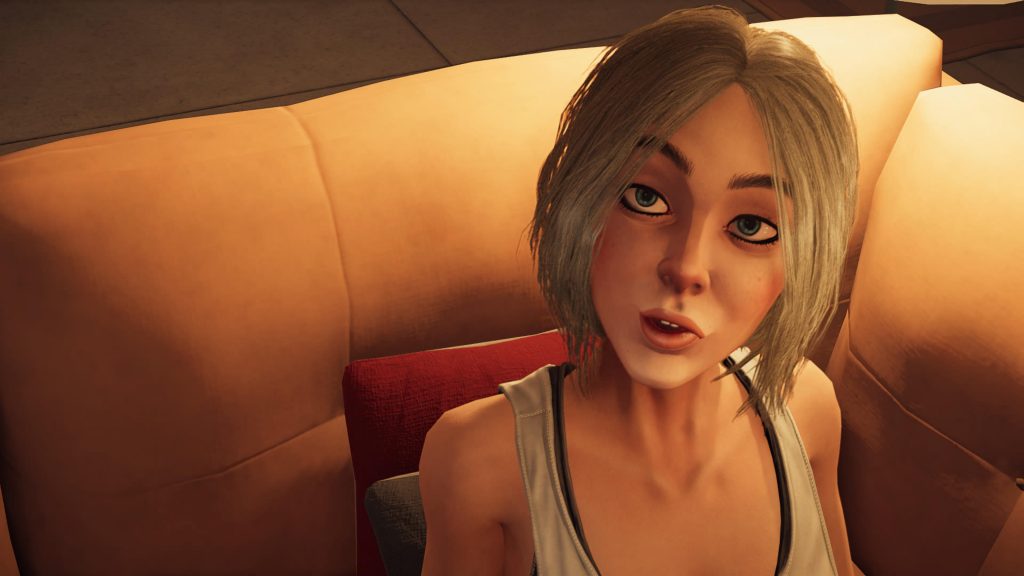 For the most part though, we enjoyed our time with Alfred Hitchock – Vertigo, even down to the trademark cameo he threw into each of his films. Think Smilin’ Stan Lee in the Marvel films, but with a morose Englishman in a suit instead.

In conclusion, Alfred Hitchcock – Vertigo is an unexpected bit of fun that we didn’t see coming, nor did we expect to enjoy it as much as we did. The implementation is a bit janky for sure, but if you look past that, this is a fun reinterpretation of a cinema masterwork. We ask that you watch that after having played this. We just wish that it wasn’t so enamoured with QTEs. Thanks for popularising them Shenmue.

Cons
- QTEs can be a bit overblown
- Some character models are unconvincing at best and scary at worst
- Occasional duff line delivery
- Some character models can look like they're gurning at a nineties rave
Summary
Alfred Hitchcock - Vertigo is an unexpected adaptation of the 1958 film with a nice line in looming dread throughout. Perhaps a bit QTE heavy for some, but we enjoyed it despite a couple of rough edges. You should watch the film too. That's ace.