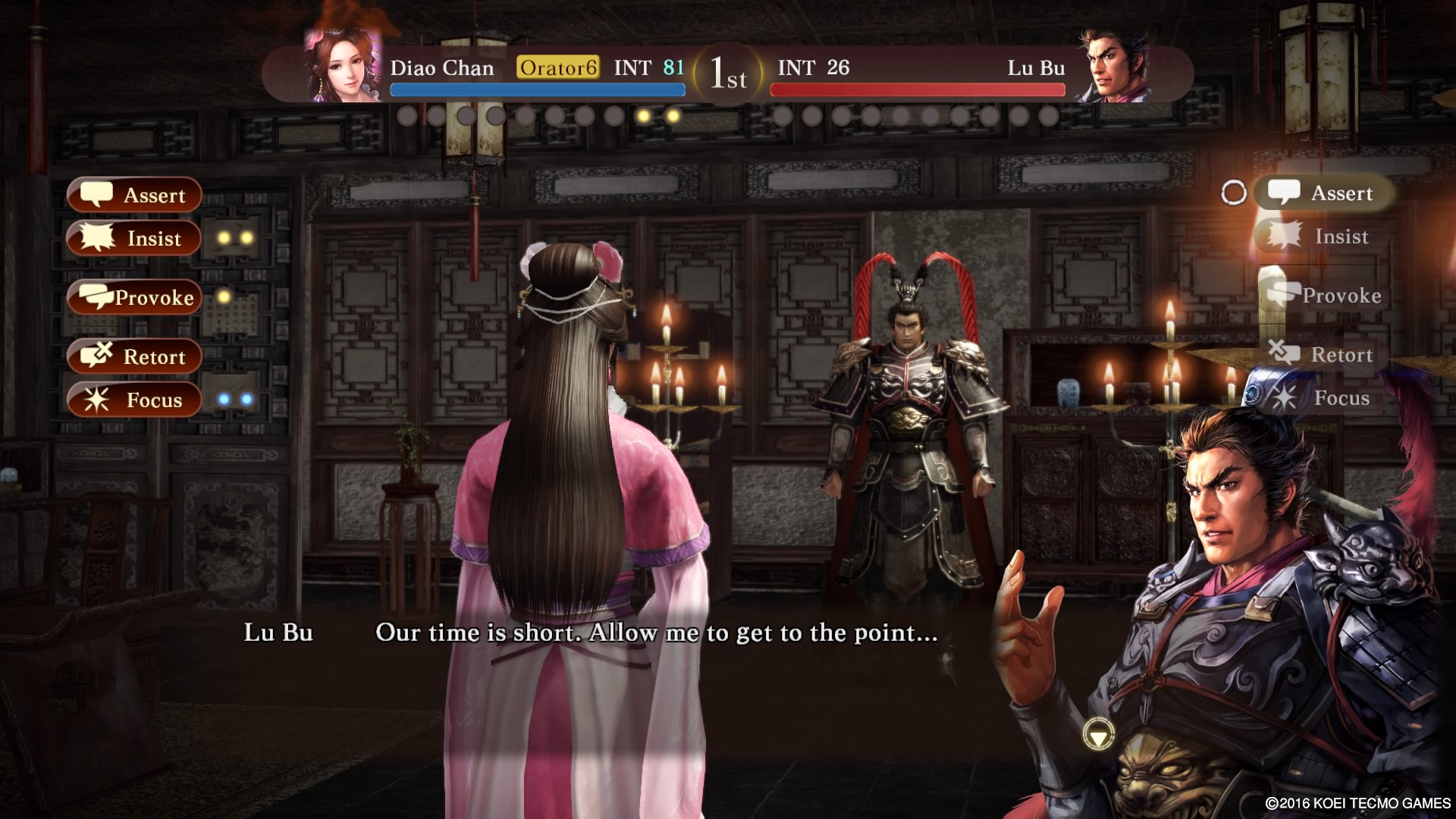 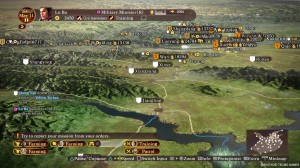 Romance of the Three Kingdoms is not a series I’ve dabbled with before. I was aware of it, even intrigued by it but this thirteenth release is my first actual time playing the game. From Koei, this strategy game attempts to give you the ability to conquer all of China during the Han Dynasty. Is this romance an eternal one or a one night stand?

Upon starting the game it suggests you start with Hero mode, which presents you with multiple scenarios that takes you through the story of the novel Romance of the Three Kingdoms. The first few are relatively simple and are the game’s tutorial mode. These introduce concepts such as befriending other generals, running towns and battle. After this tutorial section Hero mode continues but becomes more of a challenge mode where you must clear certain scenarios with strict conditions within the allotted time frame.

The tutorials are helpful but I did find myself being given a lot of unnecessary information and other times requiring more. You are told to do something and you do it and then you move onto the next objective but the why is never really explained sufficiently. Also mechanics are explained once and never come up again in the tutorial so you don’t learn when to use them or how to use them effectively. If you want to get good at Romance of the Three Kingdoms XIII you just have to play it, make mistakes, press buttons even though you’re not sure what they do and things will eventually come together.

The Main mode is where most of your time will be spent. You’re given multiple scenarios to choose from, you can choose who you want to take control of, whether a character of your own making or an existing one, a ruler of a kingdom or a nobody and then you’re tasked with uniting China. Your rank will determine what you can actually do. If you’re a ruler you can tell people what to do in all your cities, advisors will suggest actions, you can move generals between areas and so on. The lower down the rankings you go the less influence you have where at the lowest tier you have to find someone who is willing to take you into their kingdom before you start ranking up at all.

You can only propose a maximum of two items at a time, with your advisors suggestions adding another possible six though you can only accept or decline those. This does simplify things a little too much as it doesn’t matter if you have one city or ten, you can only have two proposals at once which means you can have cities sat there doing nothing. The menus are also quite fiddly and manoeuvring your cursor around the map a little slow, there can be frame drops as well but thankfully load times are negligible. 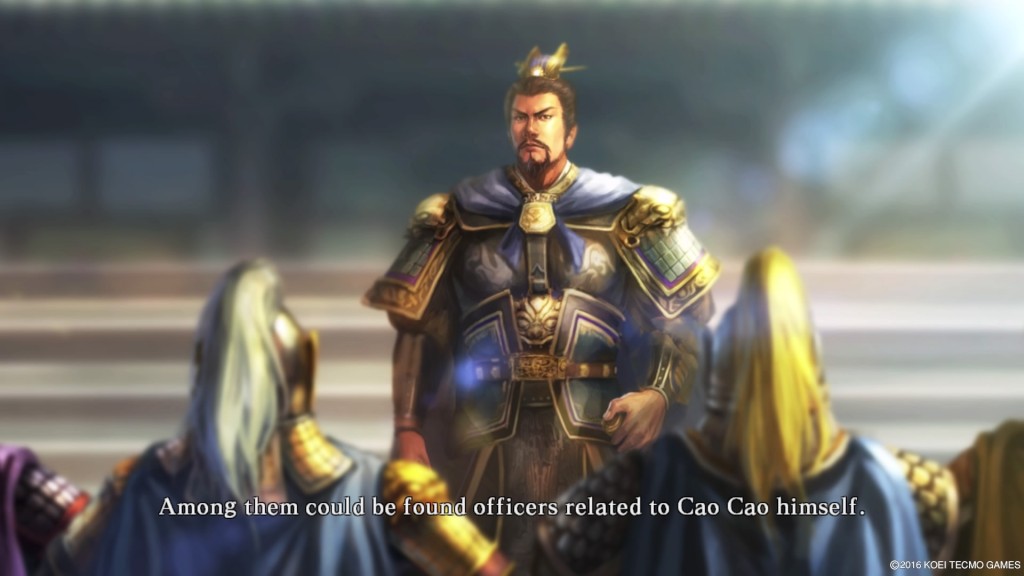 Certain actions may lead to mechanics which require you to be more active such as debates and duels. Both play out the same way in that you will face off against one opponent and you’ll choose from a list of items what action you want to take. Like a game of rock, paper, scissors certain actions counter others and whoever has the most ‘health’ remaining after five turns wins. Stats play a big part in these as well, whoever has the highest War stat for example has a huge advantage in the duelling minigame.

The other major gameplay element is the battles. If you encounter an enemy army on the map then you will be taken to a separate screen where each army will have some bases and each individual general will command their own units. The battles take place in real time though you can pause the action to give commands. Taking down your opponents structures and defeating their allies will lower morale which gives you an advantage though they can do the same to you. Numbers are incredibly important and managing your army outside of battles will help you no end but pincer attacks are also effective if you find yourself two on one and a power meter builds during the battle with each general having a special that can buff your armies or debuff the enemy. If you’d rather you can let the computer handle the battle but unless I outnumbered them massively I didn’t trust it.

The menus and the amount of options make the game seem so complicated initially but then a lot of the game is automated and the ability to only propose two things at a time means there are large periods of time where you don’t have a whole lot to do other than advance time. You should always be looking ahead, everything you’re doing making advances towards your ultimate goal which will suck some people right in, but others won’t see what the fuss is about. The Hero mode is fun and can get quite challenging late on, though that’s more thanks to the time limits than the AI, and the Main mode can probably be played over and over forever if you’re so inclined, playing as different factions or creating your own characters to truly role play your way through China. 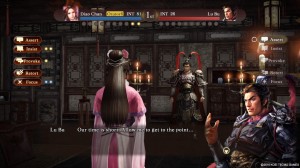 Much like a game of Civilization you can lose hours to Romance of the Three Kingdoms XIII, building your empire whilst crushing others. The controls are a little clunky though the ability to pause time means this doesn’t come at any cost, the learning curve is steep though the game does try its best to ease you in and the gameplay balance isn’t quite there in that some things could be streamlined more whilst others I’d rather have more control over. Ultimately, this is a fun game in a genre that the PS4 is generally lacking, if it tickles your fancy then you’ll probably have the patience to get the most out of it. If it doesn’t sound like it’s for you then it definitely isn’t.

Romance of the Three Kingdoms XIII
7 Overall
Pros
+ Lots of content + Character creator mode + Tries its best to teach you how to play
Cons
- Controls are clumsy - Frame rate issues - Very complicated
Summary
Romance of the Three Kingdoms XIII is the kind of empire building game that you can lose days to. There aren't many of these type of strategy games on the PS4 and while this one takes a lot of investment to learn to play it can be very rewarding. It's just a shame that the clumsy controls and frame rate issues spoil the party a little.
We use cookies on our website to give you the most relevant experience by remembering your preferences and repeat visits. By clicking “Accept”, you consent to the use of ALL the cookies.
Cookie settingsACCEPTREJECT
Manage consent