From boutique Brazilian dev Naoka Games and prolific publisher eastasiasoft, we have Rayland. It’s a very simple concept and we wish we could say it’s been fully fleshed out to a bigger game. You see, Rayland is another bite sized effort with just forty two levels from start to finish. The core concept is you deflect a light ray from its source to a red crystal by way of strategically placed mirrors. That’s the core gameplay nailed without much deviation. 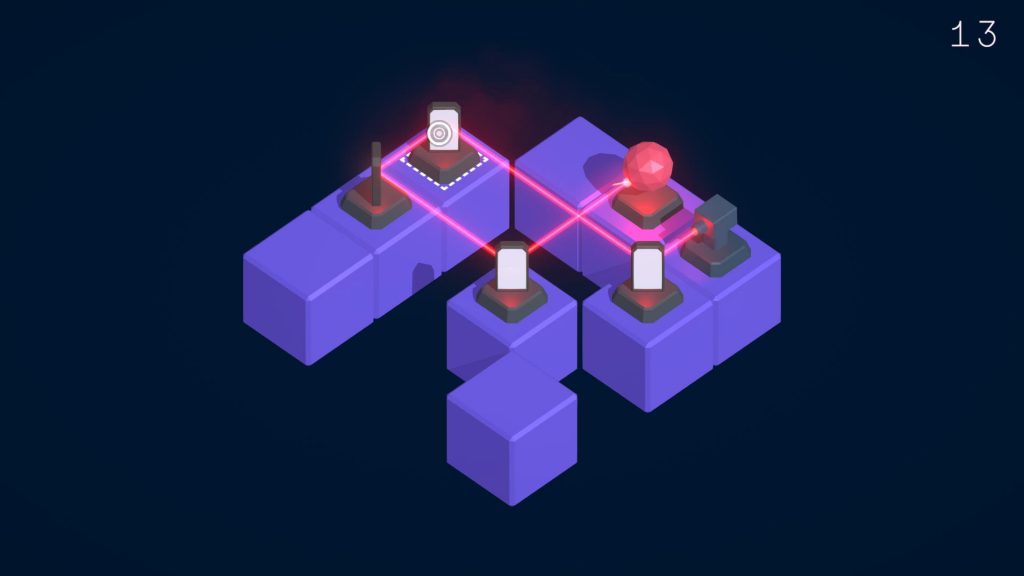 The gameplay is simply push and hold

to grab a mirror and move it, then

to rotate it. Things get a little more complicated when you have multiple light sources, but not massively so. You’ll soon discover that when two light beams convene they deflect off at forty-five degrees from the point of conjunction. 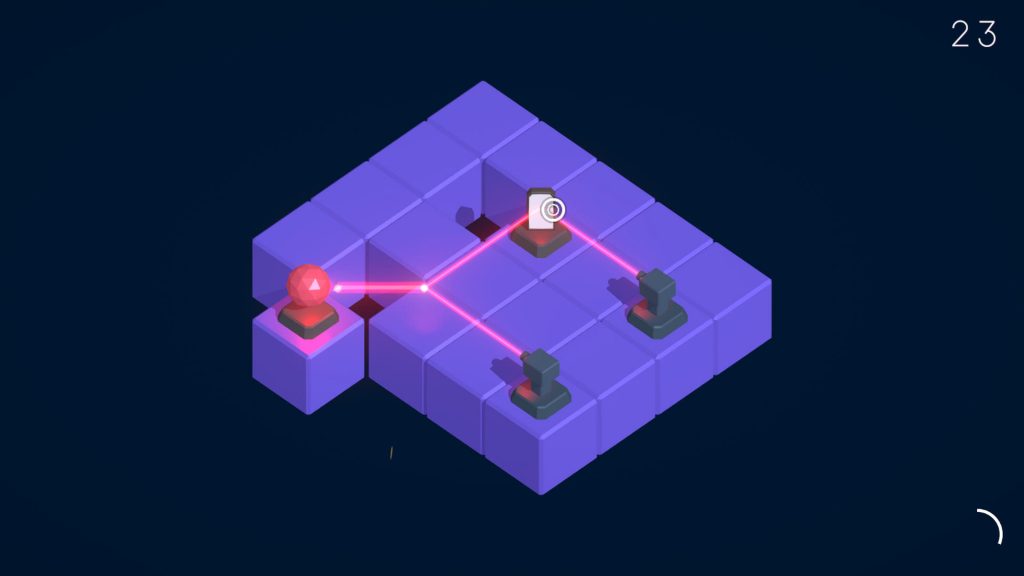 This feature isn’t really explored properly until you reach the latter stages of the game. More’s the pity as when it does show up proper, you’ll be subjected to some decent mindbending puzzles. And before you know it, you’ll have unlocked yourself a shiny new platinum trophy by the time you complete level thirty. 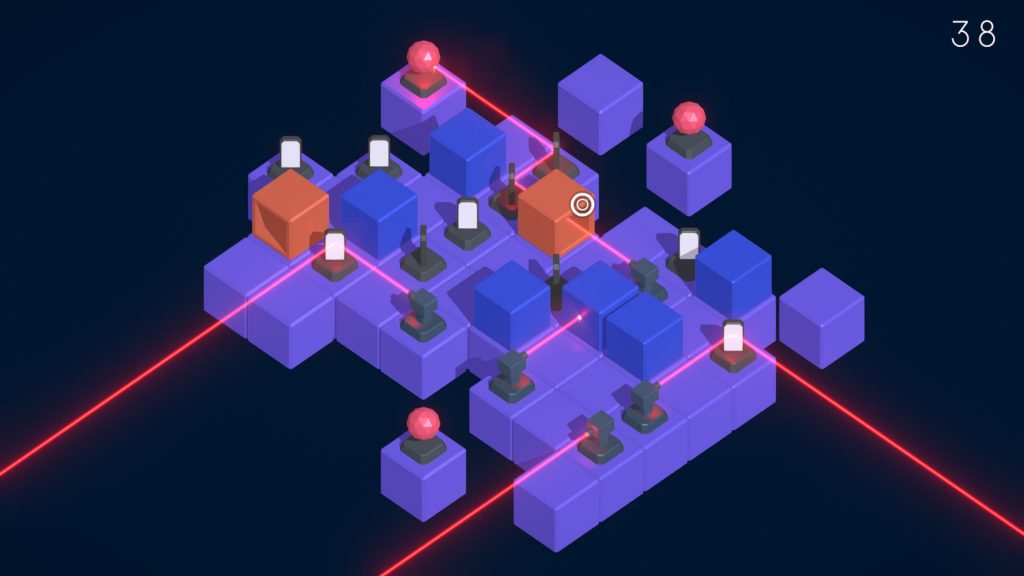 We’d recommend you see out the remaining dozen levels, as once you’ve completed them, you’ll have seen all that Rayland has to offer. We wish there had been additional mechanics thrown into the mix, portals perhaps . Anything to expand what is sadly an all-too-brief experience. It’s not quite as ludicrous as the five minutes you could conceivably tear through the likes of Divination, but just like that game, we can’t help but feel the concept could’ve been fleshed out a little more. 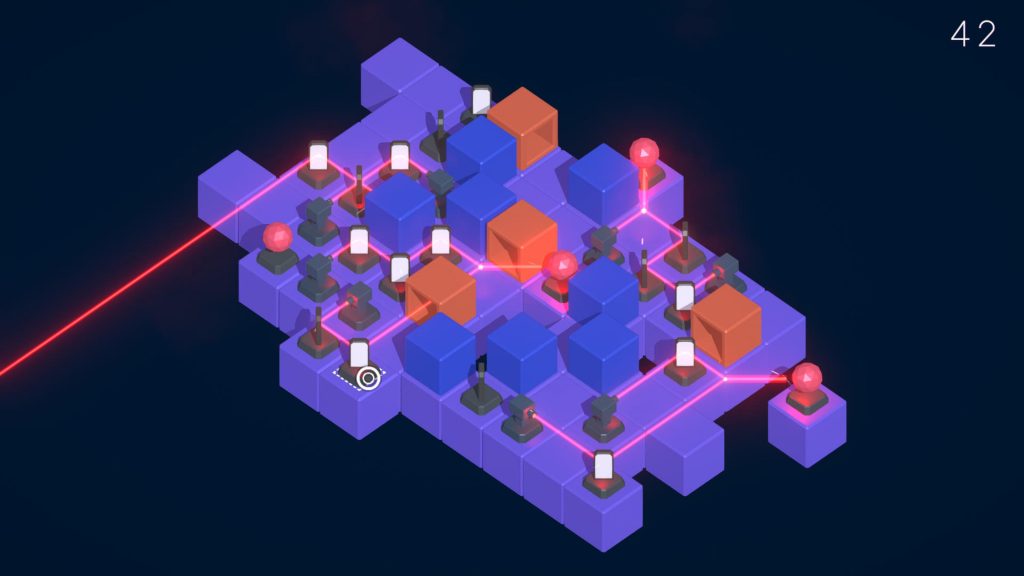 In conclusion, Rayland is a nice simple concept that isn’t really expanded upon to its full potential. As the puzzles begin to really hit their stride, you’re done. As ever, it’s good value with both PS5 and PS4 versions thrown in.

Cons
-  A mere forty two levels in all
- Feels like a great concept unexpanded upon
- Many will walk away after their easy platinum
Summary
Rayland is a fun little lightbeam puzzler with a neat concept, but sadly it doesn't last particularly long. There's a double dip platinum for the trophy whores into the bargain.