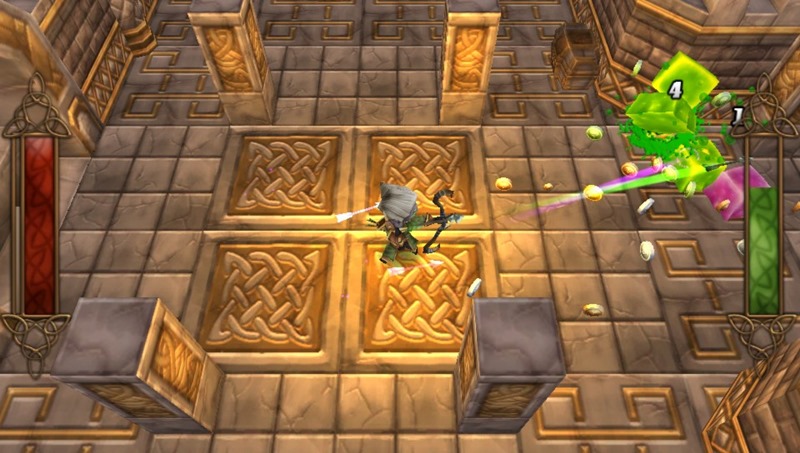 As a dungeon crawler Pocket RPG knows what it is doing and does it well. You don’t get bogged down with some hokey story and there is no bloat to the game, it keeps the fighting simple and the loot flowing. You can chose from three heroes archetypes: an archer, a warrior and, yes you guessed it, a wizard. From this point it very much a case of twatting anything that moves, and collecting all the gold you can lay your grubby paws on.

The Archer and Wizard control like a twin stick shooter whereas the warrior, being a simple soul, doesn’t go in for any of this dual control nonsense and just uses the face buttons to kill the monsters. The loot you collect through the levels allow you to upgrade until the Archer is bouncing multiple arrows off walls, and the Wizard is hurling heat seeking magic balls at people. The Warrior, knowing that the most efficient way of killing is to use good old steel, looks down on this flashy nonsense and just gets sharper steal.

After each mission you loose all your acquired levels and items, however you are able to spend your accumulated gold on perks and combat abilities. This allows you to start the next mission with basic equipment and at level 1, but with far better abilities for killing your enemies. It’s a nice touch and one which means when you start a new mission you are never more than a couple of good kills from your next level up. This constant levelling really hooks you and makes you want to play more, knowing that you are never far away from another level. 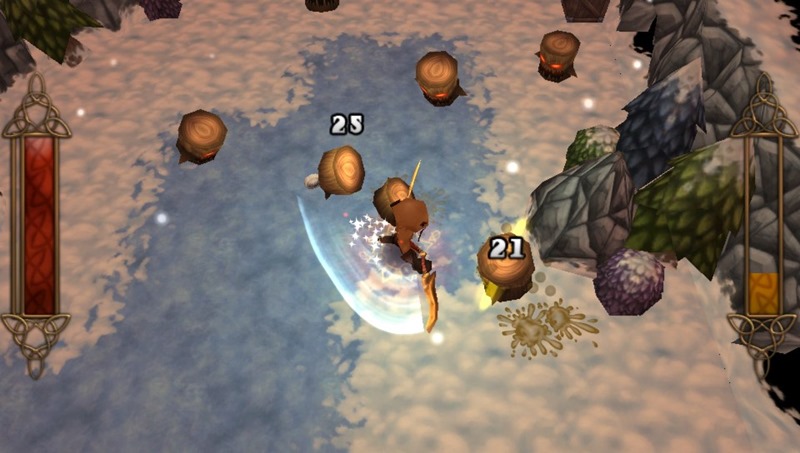 The levels on offer are all pretty standard dungeon fair and the enemies are well designed if forgettable. You’ll traipse past lava, snow and sand, committing genocide against slimes, trees and ogres along the way. The graphics are pretty nice, but do show the hallmarks of their app store origins in being simple of construction.

The screen is often filled to busting with enemies to slaughter, and you’ll get used to using your range attacks to crowd control if you wish to stand a chance at the later levels. That is unless you use the Warrior who thinks crowd control is something pop stars do and prefers to just charge in twatting everything. Overall the game looks clean, moves at a fair pace and doesn’t suffer from any slow down. You feel the game has been made and ported with a great deal of care and attention.

Each mission can last around 15 minutes or so and is split into sections after which your loot is tallied up, and your rewards allocated. As is the case with dungeon crawlers like this the bosses you face at the start of the game can return as standard enemies later on, and before long you’ll find yourself facing off against giant sized monsters most of the time. 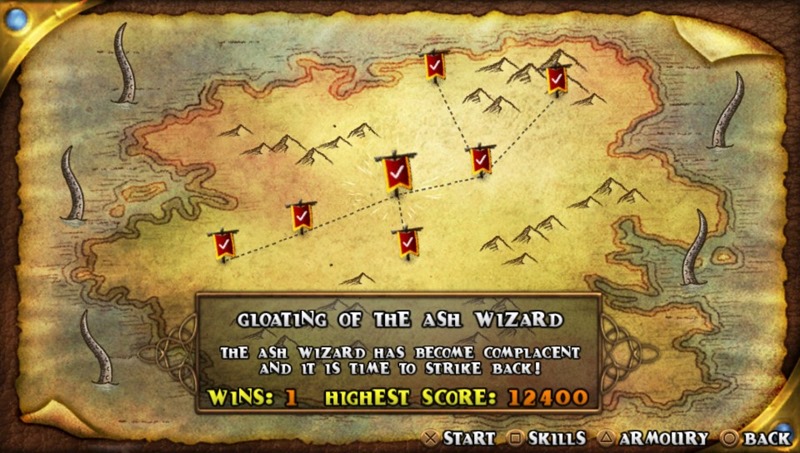 Resolutely single player this has allowed the game to focus on the constant reward feedback loop to keep the player going, rather than leader boards. In the menu you will see a huge range of titles to aim for which all carry little challenges, such as killing X amount of baddies or completing missions quickly. These add just enough to the game to make you experiment with your hero and the way you play the game, and give you some structure to your slaughter.

Overall, Pocket RPG is a really great game offering lots of fun and slaughter in perfect bite sized chunks. It keeps the rewards and enemies flowing and constantly retains your attention by never leaving you time to get bored with it. Coupled with an affordable price point, £8.99, this is a game I can heartily recommend you buy.

Pocket RPG
8 Overall
Pros
+ Well implemented loot system
+ Quick and easy to play
+ Looks nice and solid
Cons
- Don’t expect any great sprawling epic of a game
- Enemies and locations are all genre staples
Summary
Overall, Pocket RPG is a really great game offering lots of fun and slaughter in perfect bite sized chunks. It keeps the rewards and enemies flowing and constantly retains your attention by never leaving you time to get bored with it. Coupled with an affordable price point, this is a game I can heartily recommend you buy.