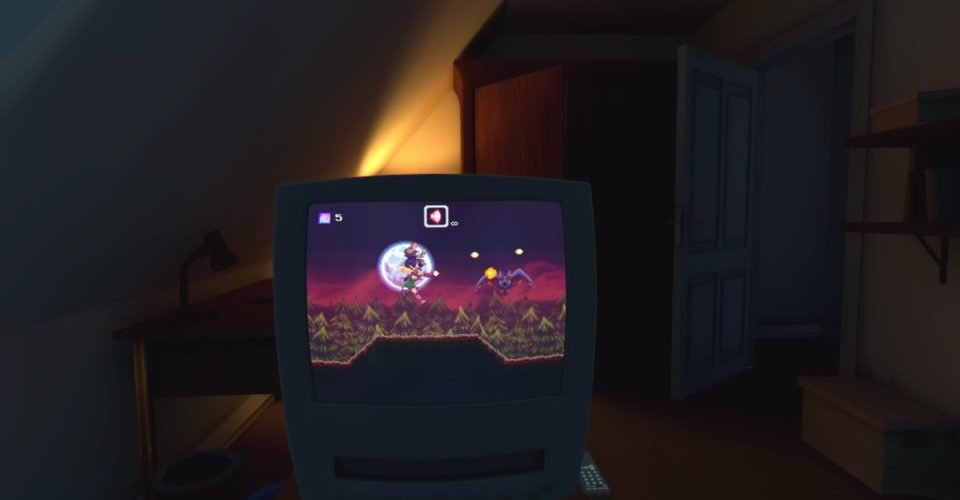 Pixel Ripped 1995 is the sequel to Pixel Ripped 1989. I never played the original but both are VR titles and both share a similar theme of playing a game within the game. As the titles suggest this new game takes place in a different time period and as such the games you’re playing are from a different era. 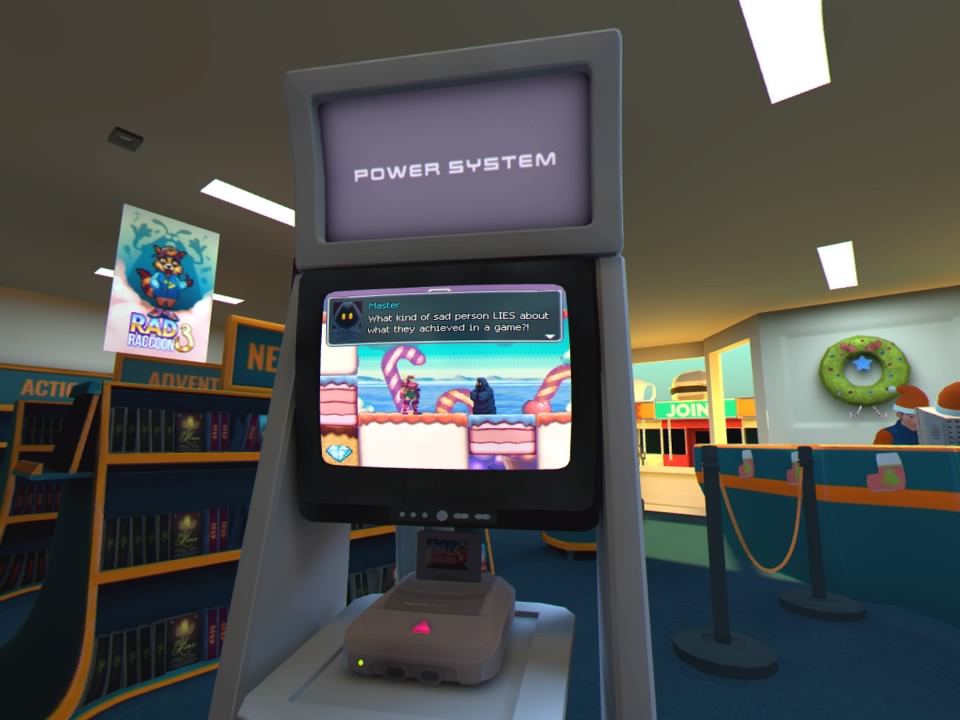 You view the world through the eyes of David, a nine year old boy who is recruited by Dot, the hero of the story. Dot’s world has been taken over by the Cyblin Lord who can blend the real world with the virtual one. As such you’ll live through scenes trying to juggle controlling Dot and completing levels whilst existing in the real world.

As the date is 1995 it’s actually the crossover between generations, with 16-bit style games giving way for 3D games. Each of the six levels features a different game with Dot being the common factor with her arm cannon similar to Mega Man or Samus from Metroid and health system like Sonic where you only need one ‘pixel’ to be shielded from death. Dot will feature in games referencing The Legend of Zelda, Zool, Castlevania and more but it’s never straightforward. 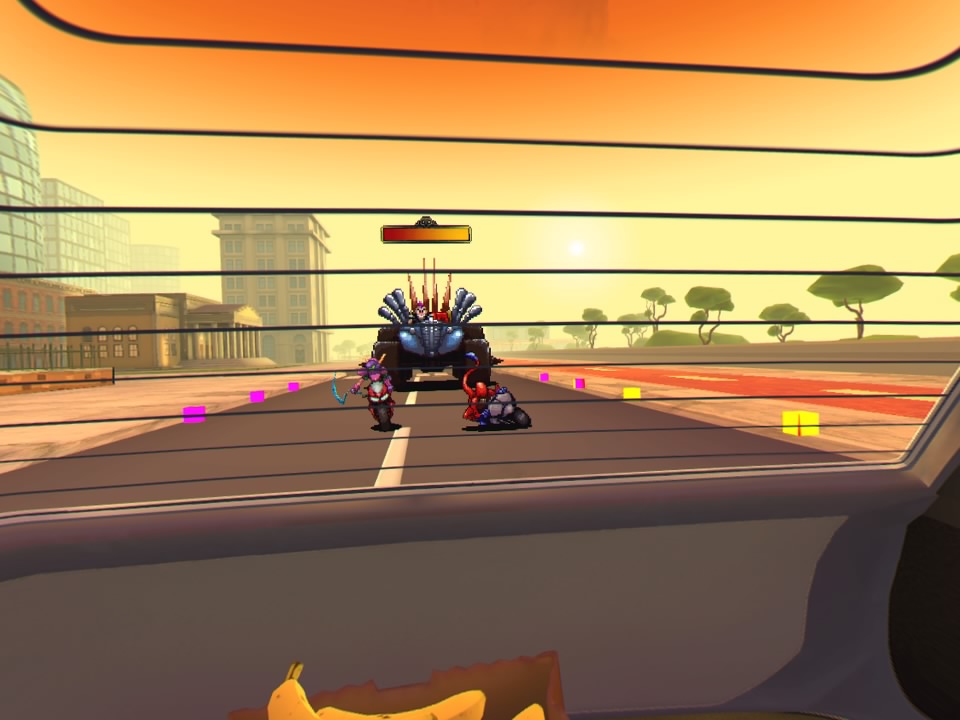 As you’re playing games primarily you can only use the DualShock4 with this title. Whilst you’re looking at the in game TV the controls are very natural as you’re simply playing a game as you would. You can look around the world as you’d expect and when you need to reach for something to use it (the cartridge to put the game in for example) you simply hit the trigger for the appropriate hand and move the controller to control that hand. At times this works fine but it’s not as accurate as the Move controllers and there were times when I was fighting with the motion controls to get it to do what I wanted.

The first level, for example, has you playing a Legend of Zelda style title whilst your mum is on the phone. She doesn’t agree with playing games all day so is determined for you to stop, even if it means turning it off herself. As such as well as playing the game you need to create distractions by using a pop gun to stop your mum turning the game off until you beat the level. There’s a similar theme on a later level where you’re playing the game instead of sleeping and have to avoid hitting bells and making noises in the game or it’ll wake your mother and you’ll have to shut the television off to pretend you’re asleep. 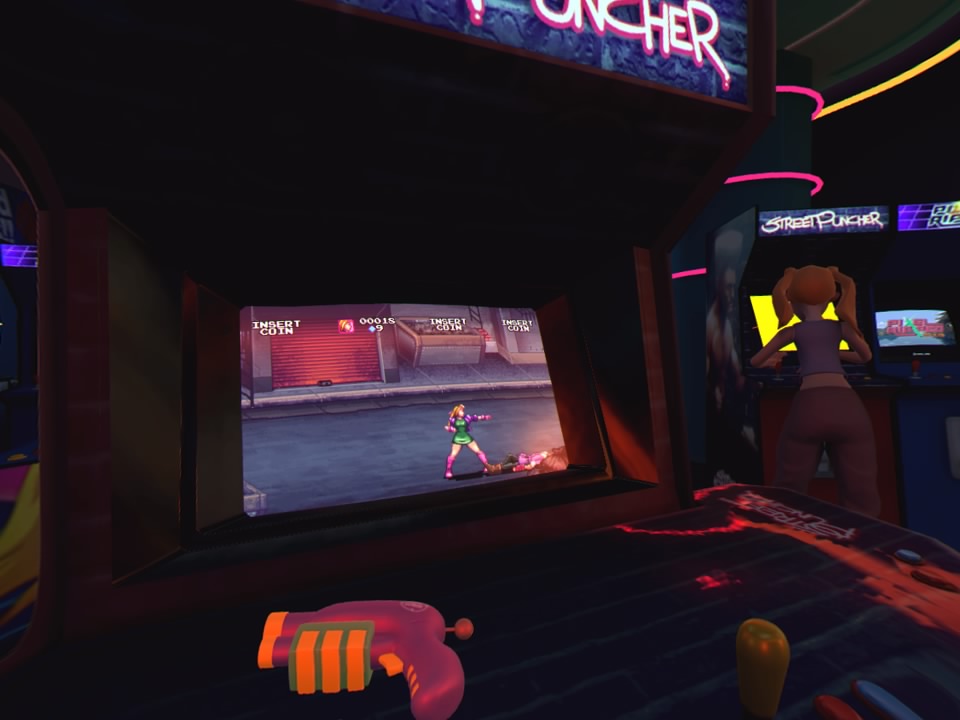 Every level has a gimmick and some work really well whilst others less so. I really liked sitting in the back of a car whilst a Road Rash style battle took place behind it and the idea behind the Star Fox level is superb, but more often than not the games you’re actually playing aren’t that great. They’re fine, but as they’re just one shot levels they tend to be quite simple without room to develop and without the gimmicks to distract you they’d be pretty dull. There’s a Streets of Rage sequence that just feels like it goes on forever as you just punch guys, there’s so little to it.

As a complete package it works though, the story that plays out around you is enjoyable with a couple of character arcs to follow and as each level is different it moves along at a decent speed. The replayability factor is low apart from some trophy hunting as there’s quite a lot of dialogue to sit through and once you’ve seen the story, gimmick and the reference the games themselves aren’t really worth returning to.

Visually the game is very good. The real world graphics have a cartoony approach but are done very well and when the 2D sprites blend with the real world they look fantastic. When you’re playing off an in game television it’s surprisingly immersive, much like it was playing on a tiny portable TV back in the day. I normally play with subtitles on but found here they often got in the way so ended up turning them off, but the voice acting was very clear so it wasn’t a problem. 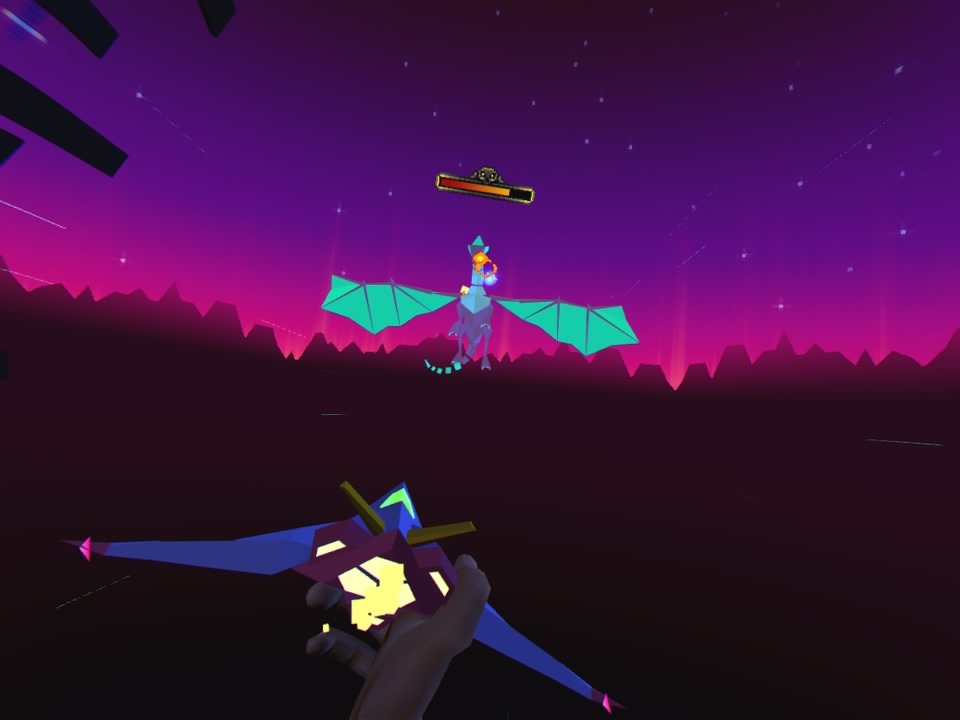 I’m sure fans of Pixel Ripped 1989 will also enjoy this one. I can’t recommend Pixel Ripped 1995 unequivocally as my favourite VR titles are ones with plenty of replayability but it is a well paced and enjoyable three-ish hour playthrough and worth a look if the concept interests you. The developer has also promised free content updates after launch so there’s that to look forward to as well.

Pixel Ripped 1995
7 Overall
Pros
+ The game within a game concept is a good one
+ An enjoyable story
+ Plays with some great ideas
Cons
- Some of the games aren't great
- Overly reliant on gimmicks and references
- No real replayability at launch
Summary
Pixel Ripped 1995 is a great idea with you playing a game within a game. It's a little over reliant on gimmicks and references and the games themselves are a little on the weak side but there are some excellent set pieces and the three hour story is worth a look.