Pinball Heroes is a pinball simulation game that launched on PSP back in 2010.  How is this relevant to you?  Well, Sony have decided to add it to the neglected ‘Classics’ section of PS Premium.  That means that subscribers to PSN’s top tier now have access to the game.

As with all the other PS1 and PSP ports on there, this game is emulated from the original ROM.  That means you’ll be looking at an upscaled version of the game with a few nifty additions.  Aside from quick-saving, you’ll also get a ‘rewind’ function and a set of trophies to earn, including a platinum. 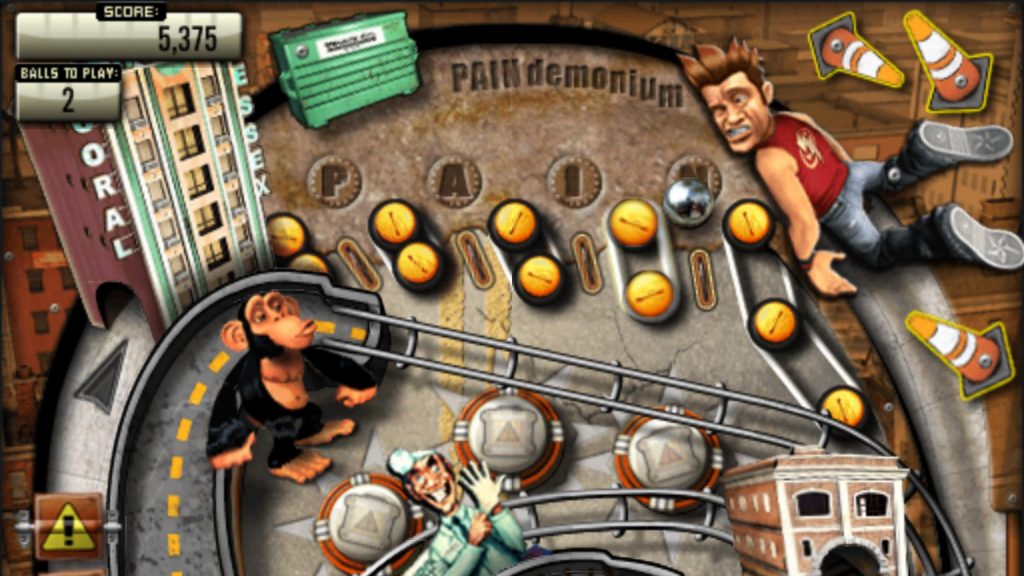 That’s all well and good but how does a mostly forgotten PSP game translate over onto today’s huge LCD and OLED televisions and is there room in the market now that Zen have cornered it with their superlative Pinball FX titles?  Well, the good news is that Pinball Heroes holds together pretty well for a 12 year old portable title.

The ‘heroes’ in the game’s name in this case are the flagship Sony titles of 2010.  There are eight tables offered, each of which is based on mostly famous PlayStation game brands.  Of course, this was right in the middle of the seventh console generation where, here in the UK at least, Xbox were winning the console war with the Xbox 360 and a lot of these brands were only notable when they showed up in a Gamestation ‘4 for £20’ sale but now it all acts as something of a time capsule to that time in Sony’s history. 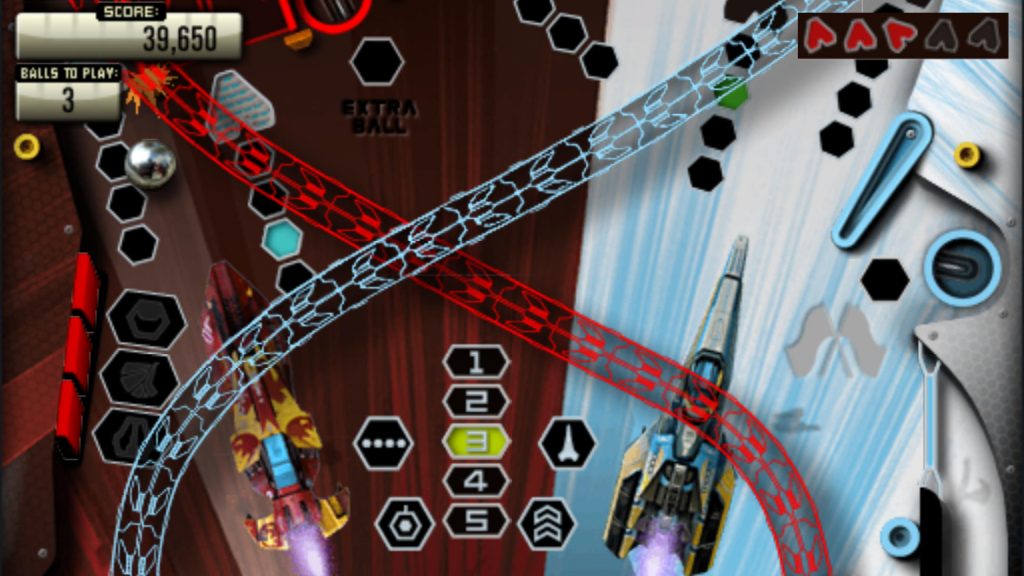 Let’s look at the hits first.  WipeOut, Sony’s answer to the F-Zero games, makes for a fun table where it’s not so much the sense of speed but rather the sense of openness that makes this table fun to play.  MotorStorm also provides inspiration for a fun table that makes you long for Sony to bring the series out of retirement.  ModNation Racers also inspires another racing-themed title but nobody ever cared about that series.  Still, again, it’s a playable and enjoyable table.

The biggest name, or at least the one that has survived the best, is Uncharted which provides a table based around Nathan Drake’s tomb raiding exploits.  Fans of pastime activities will enjoy Everybody’s Golf (which has a cool putting green gimmick) and High Velocity Bowling (which actually has a go at putting bowling into a pinball game). 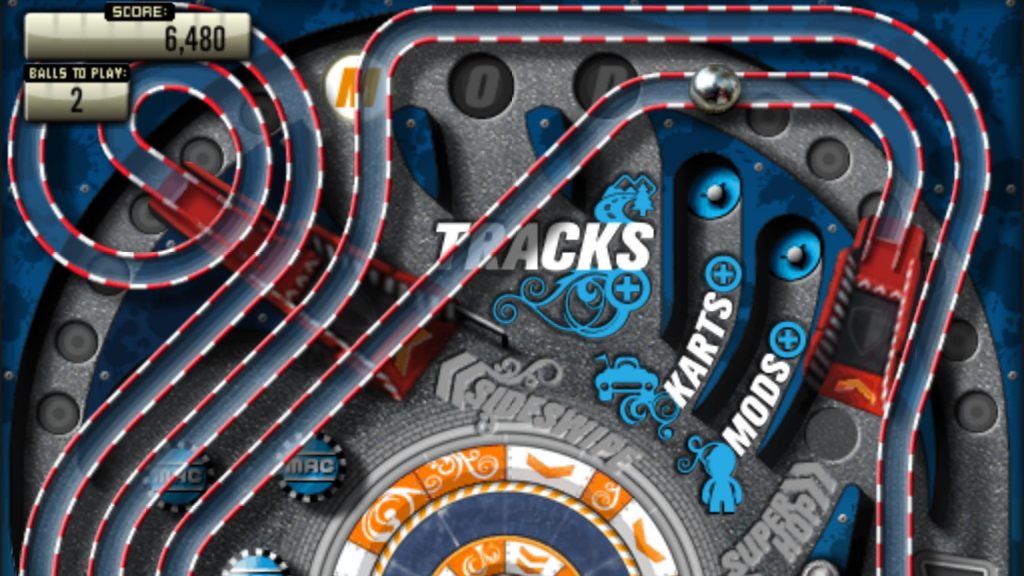 Last, but very much least, is the game based on Fat Princess.  Nobody much cared about that game (although we did have some fun with the match-three freemium Vita game they put out) and it makes for a somewhat frustrating table.  While it has good ideas based around collecting allies and resources to wage war, the table is very low-scoring and it takes ages to really make any progress with it.  We kept recruiting mages, fighters and other fantasy archetype characters and lit up a load of things on the table but our scores were still pitiful.

It’s a shame because Fat Princess clearly has lots of good ideas but it’s just not executed very well.  But overall, you should enjoy your time with the tables offered here.  However, Pinball Heroes‘ biggest issue will be longevity.  Pinball FX‘s enduring popularity comes from the trickle of new tables that they support it with and from the intense leaderboard competition the game generates.  Pinball Heroes had leaderboards back in the day, and so are present here as an option. but they didn’t seem to work when we were testing the game.  And besides, the game has rewind and quick-saving support so all of that is meaningless anyway. 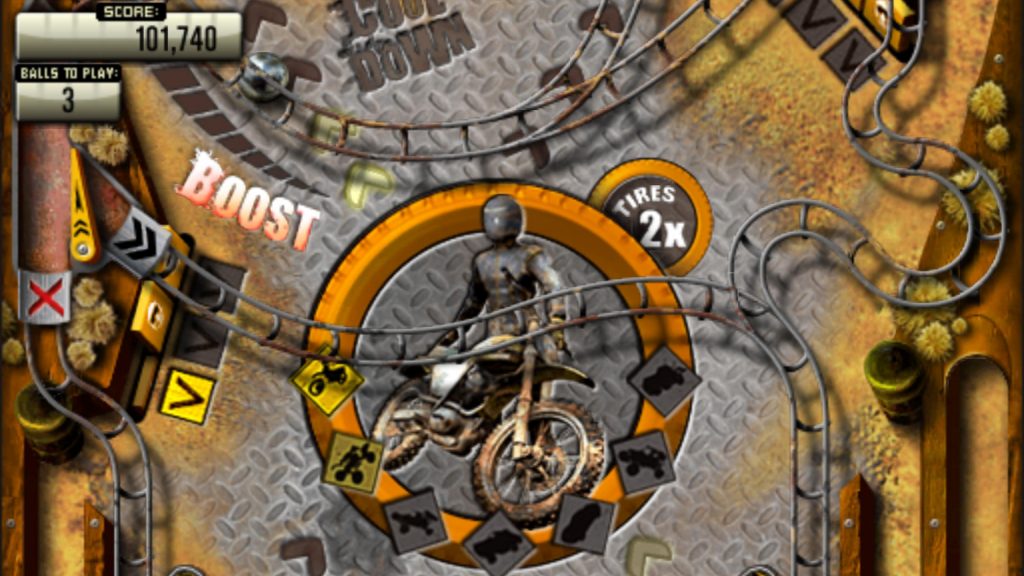 However, the trophies do at least give you a reason to play each table.  Sure, you’ll be looking at a Platinum in 1-2 hours (less if you abuse the rewinding on Fat Princess) but it’s still nice to have a reason to delve into these old tables.

In terms of the overall gameplay, things are pretty solid.  The physics aren’t perfect and probably don’t stand up to the scrutiny of playing this game on a big screen but they’re not awful either and so there’s no worries there.  The distance between pins is a little bit of an annoyance with balls cleanly and regularly dropping right into the gap.  Thankfully, outlane losses aren’t too common, so that’s good as high danger outlane tables are never fun. 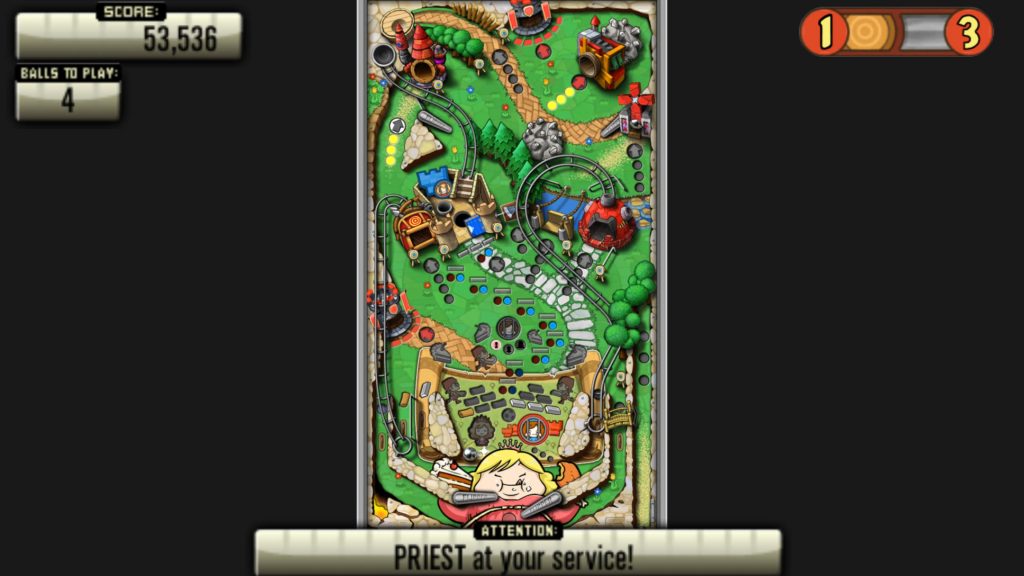 The presentation is okay for a PSP game.  You get a slightly low-res, Vasolene-y look to the visuals but the table designs to still look good and everything is still clear and playable.  Unlike Pinball FX, this game is viewed from a 2D, top-down perspective like how pinball games looked back in the 16-bit era and we like it a lot.  You can even zoom out to see the whole table at once.  We can’t believe this was a workable option on the PSP but it’s fine when using a big, modern TV.

So, overall we’re pretty happy with Pinball Heroes.  Of course, we’d rather Sony stopped pissing about with stuff like this and instead put on actual classics (give us Tenchu!) but this is a harmless enough addition to the service and it makes for a fun little distraction.  If you fancy some quick pinball action and don’t want to get into the mammoth pinballing ecosystem that is Pinball FX, then this PSP curio is definitely worth checking out.