The fruitful partnership between Zen and whoever owns the Williams pinball IPs pays off once again with this, the sixth compilation of classic Williams pinball tables for Zen’s magnificent Pinball FX3.  This time we get Funhouse (1990), Dr. Dude and His Excellent Ray (1990) and, for the first time digitally, Space Station (1987).  This trio of late ’80s/early ’90s tables will set you back £7.99, although be aware that table packs for Pinball FX3 rarely go on sale and so if you’re interested, now is probably as good a time as any to get them.

The three tables are quite diverse from each other in terms of settings.  Funhouse is your classical carnival-based romp and features Rudy, a very chatty ventriloquist dummy.  The table is bright and interesting and has a lot of character.  The various feature modes are based around carnival attractions and so it’s definitely got that energy to it. 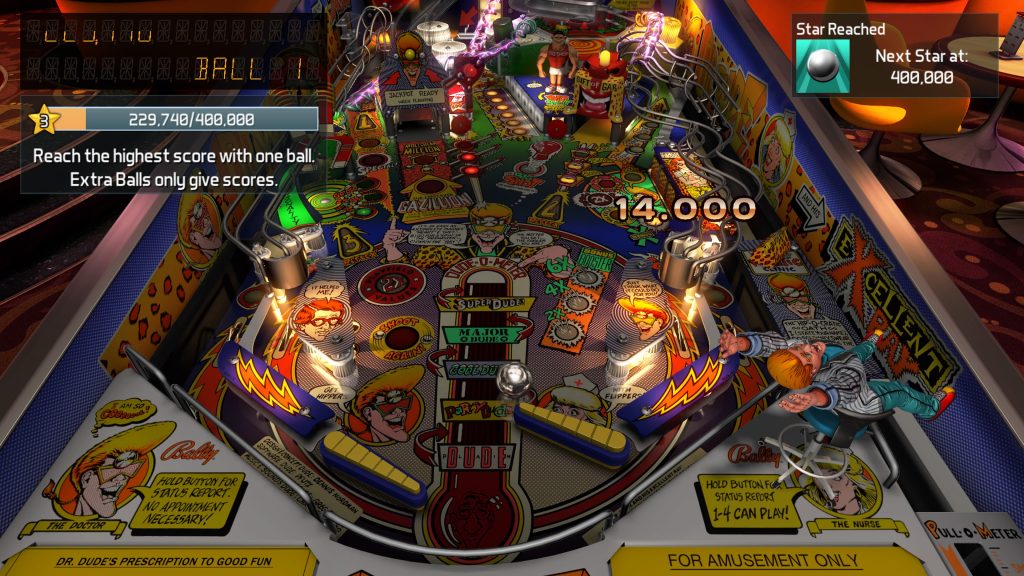 Dr. Dude has that whole ‘radical’ early Sega Megadrive advert kind of feel to it and is based around you trying to earn maximum coolness.  The almost comic-style visuals help this one to stand out a bit and again it has a lot of energy.

Finally, Space Station is a lot more sedate and uses a space setting.  Here the aim is to ‘dock’ the ball in order to start up the multiball mode and there’s a secondary area with a bit of a spacey feel to it.  This table is the least interesting of the three though and an absolute pig to score well on but that’s something that we found to be a bit of an issue across this pack. 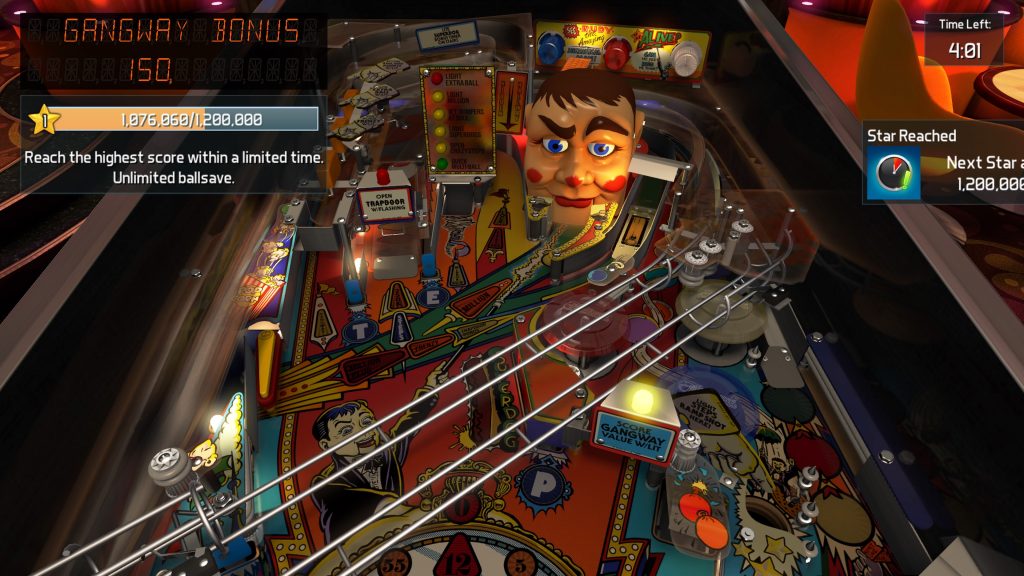 Look, the tables are classics and if you’ve spent any time with the originals, you can be sure that Zen have preserved them excellently here.  And, of course, they all benefit from the overall Pinball FX3 structure which means you get the various challenge modes and upgrades that are present for all the tables as well as some competitive leaderboards and tricky trophies to earn.  Great.  That’s what we’ve come to expect from Zen who are the absolute masters of this genre.

The problem, and your mileage may well vary, is that we really struggled with the distance between the flippers.  They are definitely further apart than the non-Williams tables and this makes all three of them incredibly frustrating to play.  This is pinball and so that means you’ve only really got control when the ball is at the bottom of the screen so there’s very little you can do (short of a bit of tilting) when the majority of balls that you lose unerringly manage to fall into the no man’s land that is between the flippers. 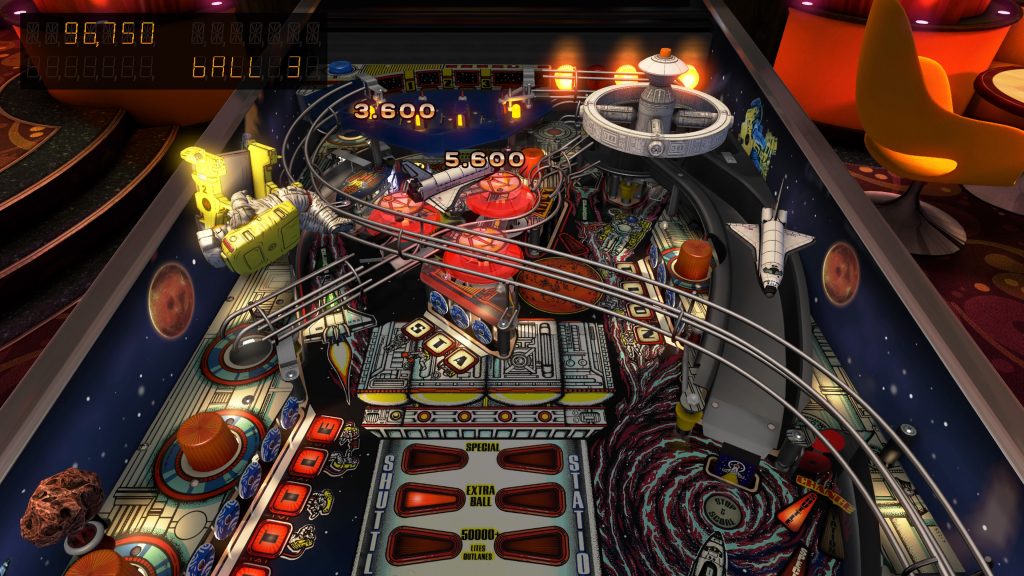 Some other Pinball FX3 tables have had outlanes that are a little too easy to get caught up in but this is a whole other thing.  The only way we managed to really have any fun with this was to set the tables to the five minute challenge mode because you get unlimited balls in that one but in any other mode, especially one ball mode, the game is frustrating and frankly miserable to play.

Pinball FX3 OCD table collectors, Williams fans and die hard pinball players may well get more out of this collection than we did but, for us, this is the weakest FX3 compilation we’ve played and when we went back to some of our old favourite tables (to make sure we weren’t imagining the gap was bigger), coming back to these ones was a journey we made reluctantly.

Pinball FX3: Williams Pinball (Volume 6)
6 Overall
Pros
+ Three more classic tables preserved
+ All tables benefit from FX3's excellent physics engine
+ Good variation between tables
Cons
+ Non-expert players are going to really struggle with how easy it is to lose a ball
Summary
Hardcore pinball players and those who remember playing the originals will get something from this pack but these tables seem a lot less fair than Zen's own ones and that makes this compilation a lot more frustrating than it should be.