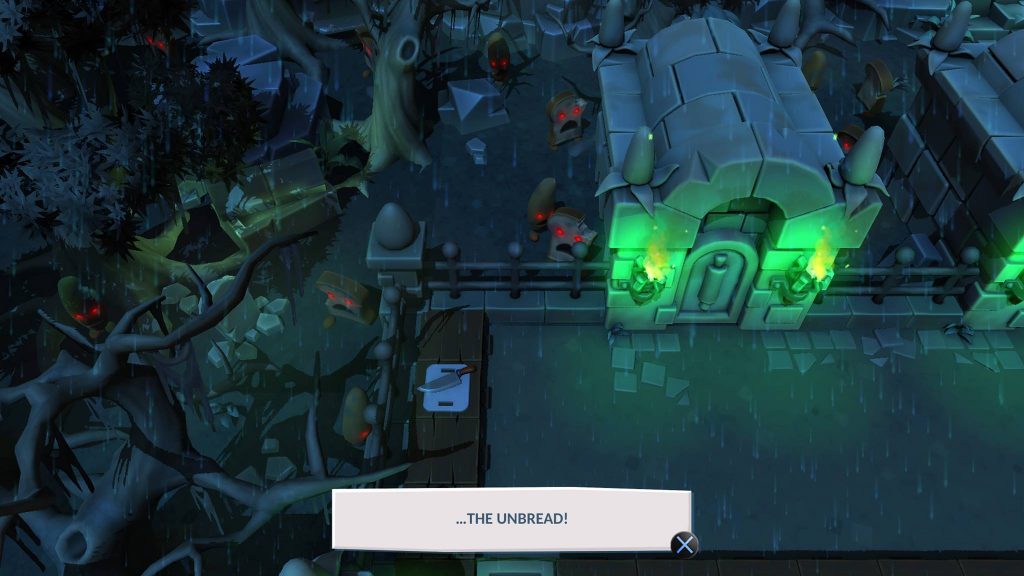 As party games go, Overcooked ranks among the best. The original came out as an unknown quantity from fledgling developer Ghost Town Games. The title placed up to four players into a bustling kitchen environment and tasked them with chopping, cooking and serving delicious dishes within a short time frame to hungry diners. The simple gameplay style and the increasingly challenging stages made it incredibly moreish and became the ultimate friendship killing coop game to play on the couch.

There was a slight problem with the first however, you could only play it on the same couch as your friends. Meaning that being able to play this was reserved only for those occasions in which you could either coerce another to jump on share play, or to wait until you had a few mates come over who all fancied a quick blast. That’s a big ask for a some people, including myself. Thankfully however, Ghost Town Games are back, and they have handled this major gripe by including online functionality into every facet of the game, from the story to additional arcade modes. Removing the barrier of having four controllers and willing participants in the room means that there are far more opportunities to play the game to its full potential. 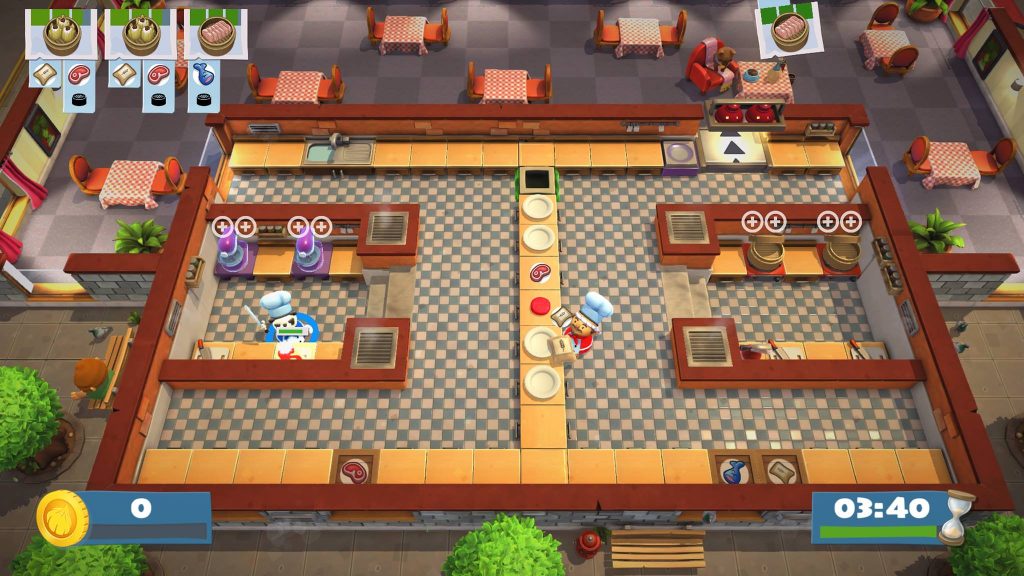 Very few other elements have changed for the sequel. There are of course more dishes to cook, kitchens to slave in and a brand-new story concerning the exploits of the onion king and the Un-bread, however in terms of gameplay there is only one move that keeps things fresh. You can now throw raw ingredients across the kitchen to another chef to aid in speed of service and to assist with levels in which two or more kitchen areas are separated from each other. This may seem underwhelming, but to be honest there were very few things that were wrong with the first game’s single button press control system. The action in the kitchen is otherwise so chaotic that having a more complicated control scheme or more things to remember will just be a detriment to success anyway.

The story feels similarly as loose as the original game. It’s little more than an amusing framing device and acts only to set the stage before you start globetrotting to the various kitchens around the world. The real sense of progression comes from the kitchens themselves and their gimmickry. These are just as, if not more devilish than the original game as the stage shifting shenanigans start earlier on. It’s not long before you find yourself cooking on a hot air balloon in the sky, preparing salad for sky people (presumably) before the basket falls out from underneath and crash lands into a sushi restaurant that changes the food you need to prepare. These constantly shifting cookeries keep the action fresh and force communication between players to maximise your culinary output. You can never feel too comfortable with setting out a role for your team as something will come along that drastically changes the dynamic. 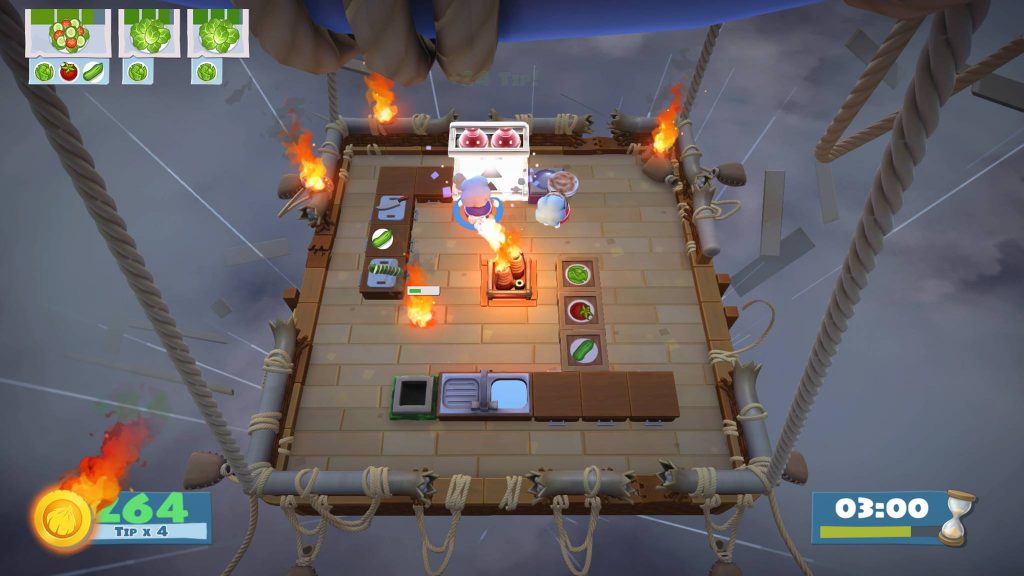 Of course, there is still an elephant in the room. While you can also play the game via single player, it is not recommended to do so. Just like the first, to play solo you need to control two chefs at the same time. The main way to do this is to switch chefs with the touch of L1, leaving one stationary while the other handles business at the other end of the kitchen. This can easily get confusing and lead to a lot of lost potential as often one chef will end up just standing around doing nothing while the other does the leg work. It’s not ideal and makes earning stars on each stage a distant possibility.

However, play the game as intended with three other chefs and you have one of the best multiplayer experiences you can have on the PS4 (or any console for that matter!). Unless you have played the first, you will never understand the brilliance of a group of previously friendly people falling into insanity as they argue about whose job it was to chop courgettes. It’s fantastic and well worth your collective time.

Overcooked 2
8 Overall
Pros
+ Online play is now an option, a much-needed element that the original game lacked
+ The gameplay is as simple and chaotic as ever
+ Plenty more modes to play through
Cons
- More of the same overall
- Single player is still not really all that viable
- Due to the stage changes the game can seem trial and error at times
Summary
Overcooked 2 feels as fresh as the original and the generous seasoning of online multiplayer and additional modes sweetens the deal considerably. This is one of the best multiplayer experiences out there right now and one well worth picking up if you have three friends who want to cook up a storm.