From dev Bad Dream Games and publisher HandyGames, comes musical puzzle platformer One Hand Clapping. Previously an early access title on Stadia, it has now made its way to PS4. So was it worth the wait? Largely, yes. What was originally a tech demo student project in 2016 has become rather more fully formed upon its journey to console.

At the initial splash screen you’re told you need three things: a headset, a microphone and your voice. Corny though that may seem, that is in effect all you’ll need. If you’re playing on PS5 as we did, you can even forgo the headset and use the inbuilt controller microphone on the Dualsense. 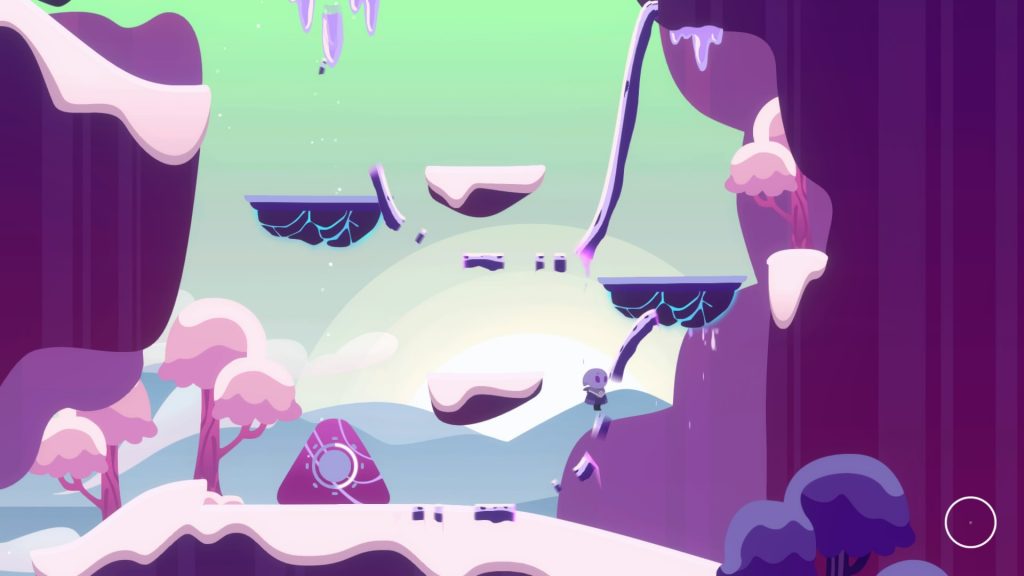 Years ago, many years ago, there was a daft little cartoon called Gerald McBoing-Boing. We remember it from when we were kids, so it’s fucking ancient now. He spoke entirely in sound effects and we’re minded of him by the fact that your character is otherwise mute apart from being the conduit for your utterances into the world.

Each fairly long level has a number of puzzles you have to negotiate by, in effect, singing into your microphone. The first level keeps things fairly simple so you can get away with merely humming your way through. No hilarity like a Scotsman trying to say ‘blue’ to their DS here, a rough approximation will do to begin with. We’ve seen one streamer resort to whistling, but that’s just bloody annoying. 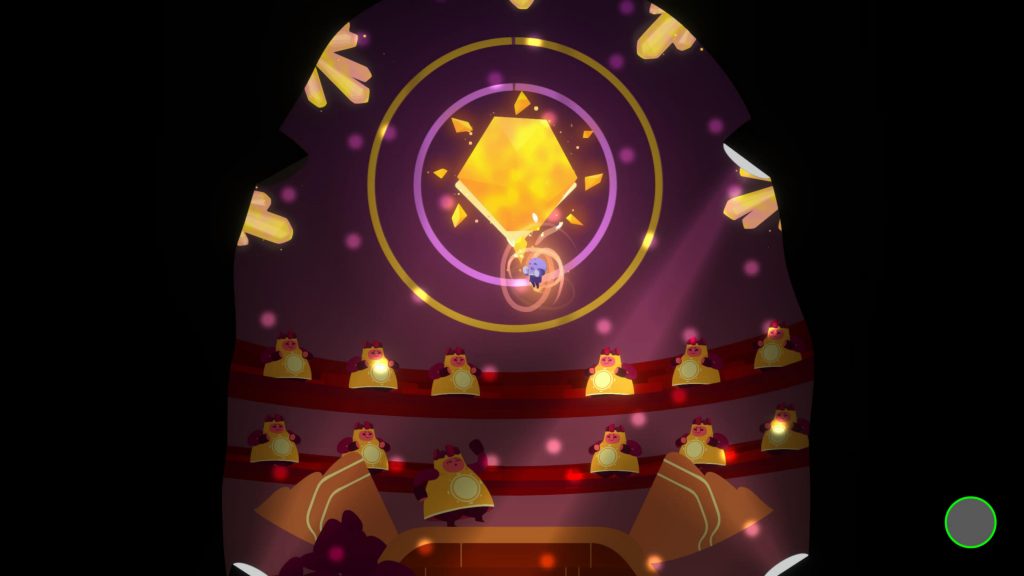 As you progress further, your brain as well as your vocal chords will get a decent workout into the bargain. We found having a bottle of water handy was a  must or we got very croaky very quickly. Not quite seeing your favourite band and singing yourself hoarse thankfully, but definitely in that ballpark. Without the tinnitus from a shit PA either.

You’ll often twig what you’re supposed to do but your crappy singing and ululations will be your undoing. We really struggled with starting high and going lower for example. We often found that doing scales helped, but we ended up sounding like we were in The Sound of Music on multiple occasions. Recalibrating your mic range can often help, but we still had issues sometimes. 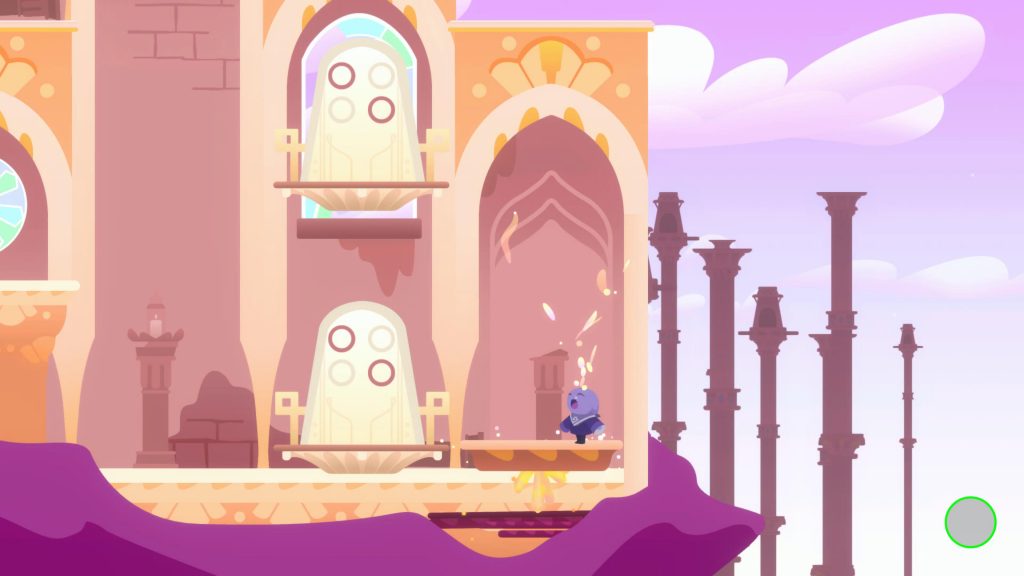 If you’ve ever dipped into am-dram you’ll be familiar with the concept of note-bashing. That being repeating the same few bars over and over to finally nail a difficult section. You can admit defeat and solve a puzzle automatically if you’re really struggling, but we only found ourselves using this mulligan a few times on sections where we simply couldn’t twig what to do.

Each level has you using your voice in a different way, sometimes minimally. One fun section has more to do with timing and percussion and makes a nice change from having to vocalise otherwise. There’s also hidden glyphs and extras in each levels, but during our playthrough we only found a handful as we went. 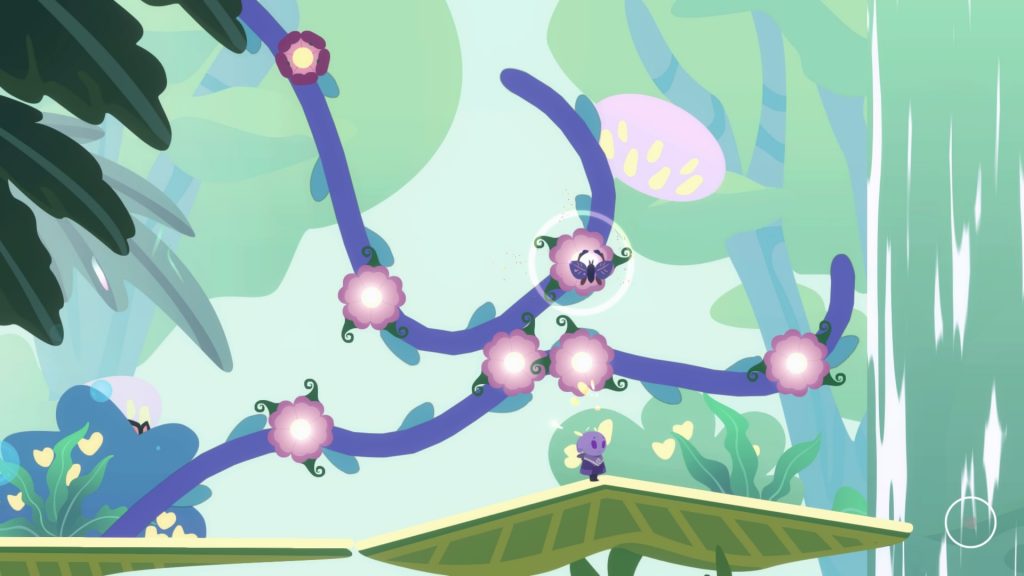 When you reach the climax of a level you have a call and response section that needs you to follow the guidelines, adjusting your pitch as you do so. There’s a trophy for completing it with a high level of accuracy, but you can get through with a sixty percent or so hit-rate. It’s a fitting way to finish off a level, often reaching a glorious crescendo.

We found that we struggled much more with a microphone headset than we did with the external Dualsense mic, though given we’ve an official PS4 gold headset we’re a bit surprised by that. Maybe a different Bluetooth headset might yield better results, but for now, we’re still resorting to the occasional automatic puzzle solution. That said though, we’d recommend not taking the easy way out unless you’re having too much trouble. 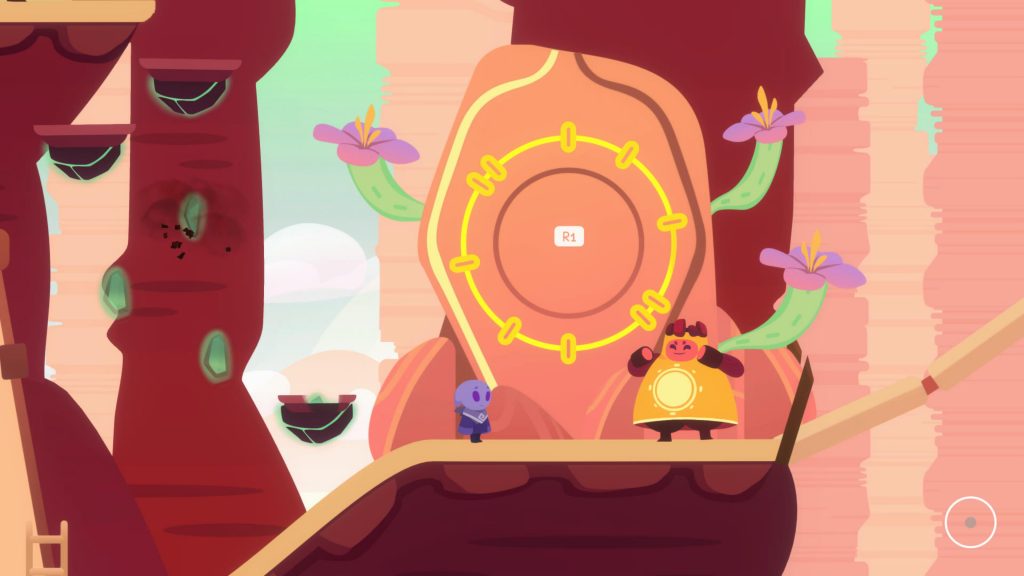 In conclusion, One Hand Clapping is quite the fun diversion and might well lend itself well to playing with other people in the room. That is assuming Omicron doesn’t cancel literally everything by the time this week is out. The parts where your voice makes multi-layered harmonies are a particular delight.

One Hand Clapping
8 Overall
Pros
+ Novel musical implementation
+ Multi-layered harmonies are just beautiful
+ Auto puzzle solver can be a godsend
Cons
- Not one for the easily embarrassed
- Some sections are darn difficult
- If your mic isn't up to scratch, you'll struggle
Summary
One Hand Clapping is a great puzzle platformer with the novel twist of your voice being as much part of the gameplay as your interaction with the controller. It's really quite something, though make sure your mic is up to scratch or you may struggle.