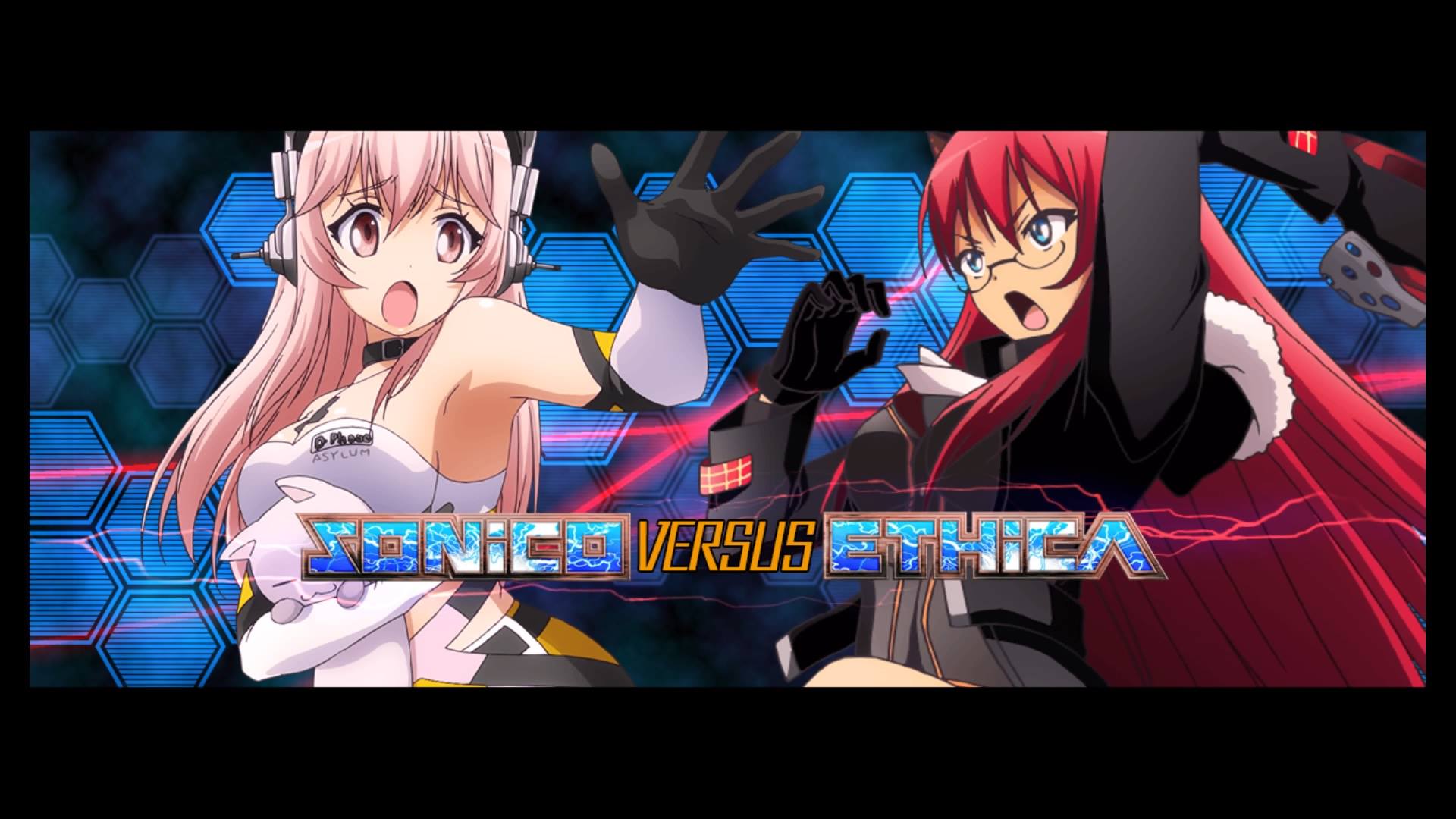 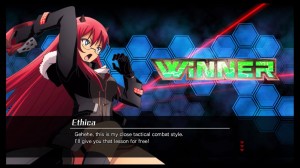 Credit where credit is due, Nitroplus Blasterz is one of the last titles I expected to reach the UK. It speaks volumes that a fighting game featuring a cast of characters that have barely escaped the East has managed to even see the light of day in the UK. But here we are, even if we are a little late to the party.

Nitroplus Blasterz: Heroines Infinite Duel to some will be just another typical anime fighter and from the outside looking in with little knowledge of the characters this would indeed be the case. Nitroplus Blasterz features a cast of thirty two characters in total, twelve of which are playable with the rest making up as support characters to help you fight. All of these characters hail in some way from the Nitroplus visual novels and video games. Few of these characters have been known to the west, with Super Sonico making an appearance alongside Homura from Senran Kagura Burst and Aino Heart from the Arcana Heart franchise. If you have little interest in the characters outside of the game then you may well find yourself a little confused, but this need not be an exclusive club as most of the characters are easy enough to learn and feature unique skillsets that genuinely set them apart from the other characters. 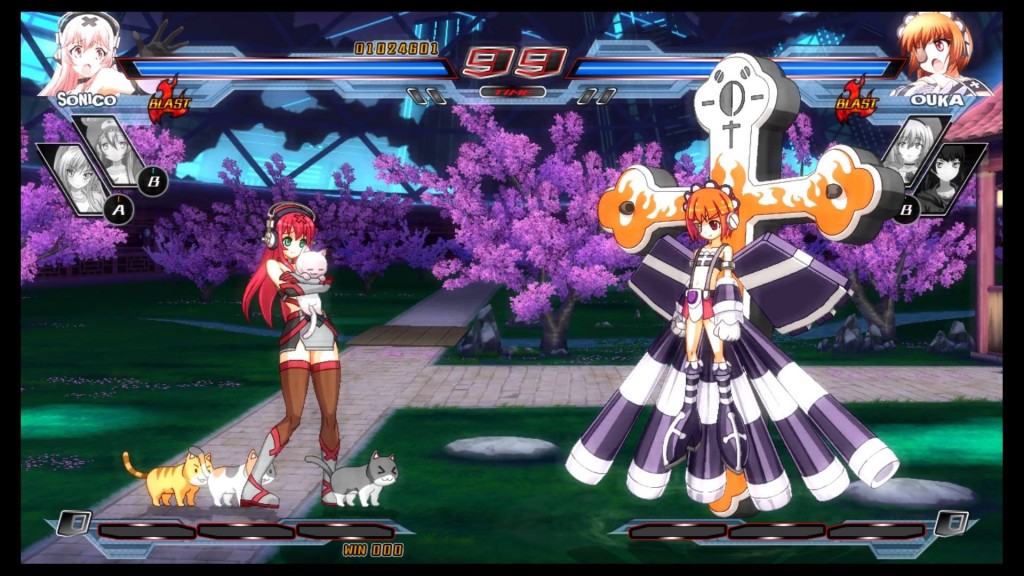 Gameplay wise you are looking at a standard 1v1 affair, the major mechanical difference being with the support system. Before a match you can pick two of twenty different characters to act as support and to aid you in battle. This is where things get interesting as supports can provide handy combo breakers to cease an enemy from pummeling you into oblivion, rain destruction from above to help finish your opponent or act as linkers to extend your combos further. This added element of strategy makes a big difference and is one that is very fun to experiment with. Each main fighter has recommended support characters to work with however you are welcome to go off piste without any setback to your performance.

Move execution wise the inputs follow the Street Fighter standard, with specials consisting of quarter circles and Z movements for rising uppercuts, these work as they should and are a proven and tested input style that doesn’t need changing particularly. In addition to this you have a couple of extra handy buttons to help with accessibility. You can set a dash/dodge button which is handy for aerial movement and escaping throws and combos and there is a strong knock back attack which allows you to create some breathing space to or launch opponents for extra combo action. It doesn’t take long to weave these extra abilities into the usual fighting game rotations and the added utility makes the game a faster and more compelling one. Super moves all come into play also, with characters building meters up as they play on, this constant ticking of power makes each fight more of a pace out and adds an extra element of strategy as you could either rush down the opponent or hang back and survive until you can unleash a screen filling super attack that wipes out a large portion of health bar in one swipe. 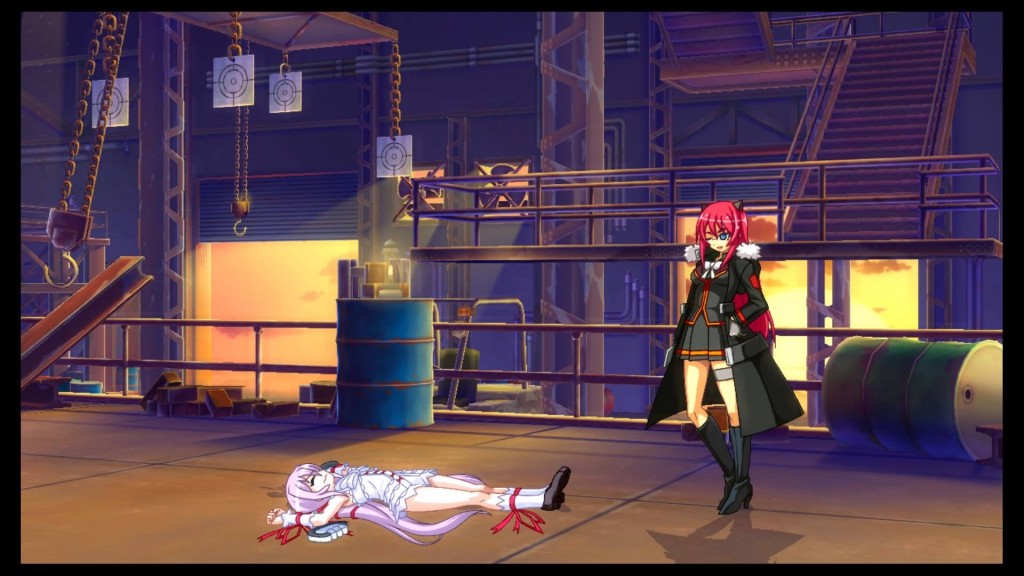 The biggest downfall of the game for me was the lack of story. I mean sure, fighting games aren’t really known for narrative excellence, however as most of these characters come from visual novels you may have least expected a proper introduction. The issue with Blasterz is that it just sets off an event which brings the characters together who are just kind of there now. Considering the biggest challenge this game faces in the west is the lack of engagement with the characters it would have been nice to find out what they were about. Sadly this is not the case for Blasterz. Also the story mode for the game is incredibly bleak in terms of difficulty, you can get through most of the story without any problems but when you meet the final boss you will probably find yourself virtually smashing your head against a brick wall as the final boss has a tendency to ignore all of the rules you have been learning and repeatedly wipe the floor with you. 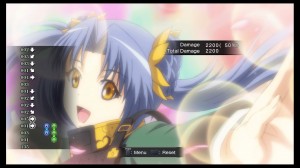 If you have played Arcana Heart before then you will likely know what I mean. When the bulk of the single player content is found in this mode that may put people off. As for online mode, it works fine, however some training is definitely required. Especially if you are in the UK and come up against someone from the rest of the world, bear in mind, they have had time to practise and learn, it will not be an easy ride.

Nitroplus Blasterz: Heroines Infinite Duel
7 Overall
Pros
+ Plenty of characters to choose from featuring a wide range of Nitroplus properties + Solid gameplay mechanics that echo the fun of Marvel Vs Capcom + Simplistic yet effective graphics
Cons
- The last boss in story mode is one of the most broken and unfair characters ever conceived - lack of English voices/ subtitles when characters are waffling away after fights - You may find yourself lost if you do not understand or like the licensed characters
Summary
With Nitroplus Blasterz: Heroines Infinite Duel your mileage will vary. You either really like the the anime properties that the characters come from or you have never heard of them. Luckily underneath all of the fan service (not THAT kind) and craziness there is a solid fighting engine to play with. It may seem a bit simplistic at first but the mechanics and character combinations make for some solid gaming.