Night Lights is described as a 2D puzzle platformer by its devs, Montreal-based Meridian4, and that’s kind of true but we’ve seen a lot of those from Ratalaika Games, the publisher here, and this one is a bit different.  Indeed with its back-and-forth, linked-up levels, this is more of a Metroidvania type of experience.

With no plot offered, you start off as a small robot thing that’s trying to get somewhere.  Each of the game’s 45 screens has an entrance and one or more exits but the latter aren’t usually turned on by default so you’ll need to figure out how to get power to them.

This is usually done by either putting weight on a platform or lighting up an object and so what tends to occur is that you’ll be pushing blocks around or pointing giant spotlights at things.  It’s all quite easy to understand, even if the solution to each level isn’t immediately clear.

You get around by walking, running and jumping.  Along the way you’ll earn new abilities such as the ubiquitous double-jump, a handy dash move and later on a bulb that you wear above your head that you can turn on and off.  That last one is pretty powerful as a mechanic because, as the title might suggest, Night Lights is all about light.

Parts of a level may look and act one way in the dark, but shine a light on them and they might disappear or show and entirely different type of terrain.  So, for example, a wall might look impenetrable at first but angle a spotlight at it and you might see a way through, or a tunnel underneath.  Nothing is quite as it seems at first. 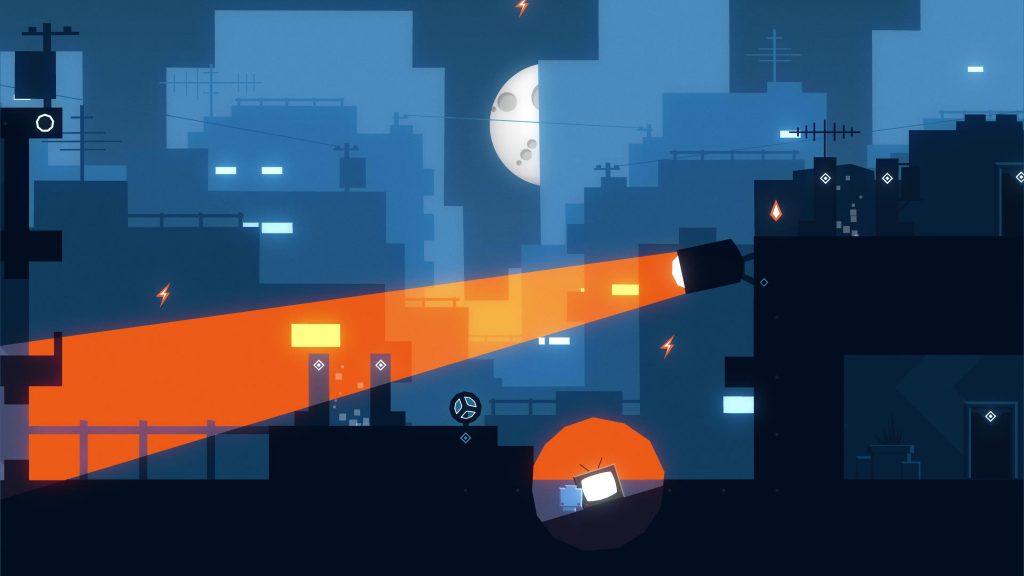 In order to power your abilities, you need electricity which is held in a recharging meter on your screen.  By picking up the spark icons that litter the levels you can permanently upgrade your maximum capacity too.  The upgrades overall are pretty gentle but there is a satisfying sense of progression to it.  There’s no combat in the game though so these are all really just mobility-based.

While the game has some annoyances, mainly the overall design of how the levels link up (made worse by maybe the least helpful map screen we’ve ever seen in a game) and some occasionally unclear objectives, we rather enjoyed Night Lights.  Being a Ratalaika game, the implication is that people will just grab a walkthrough video on YouTube and play through for the easy Platinum, but this is one of those Ratalaika games where it holds off on giving you all the trophies until you’ve more or less beaten it (you’ll be about 95% through when you get the Platinum) which is a bit more respectful of the content we feel. 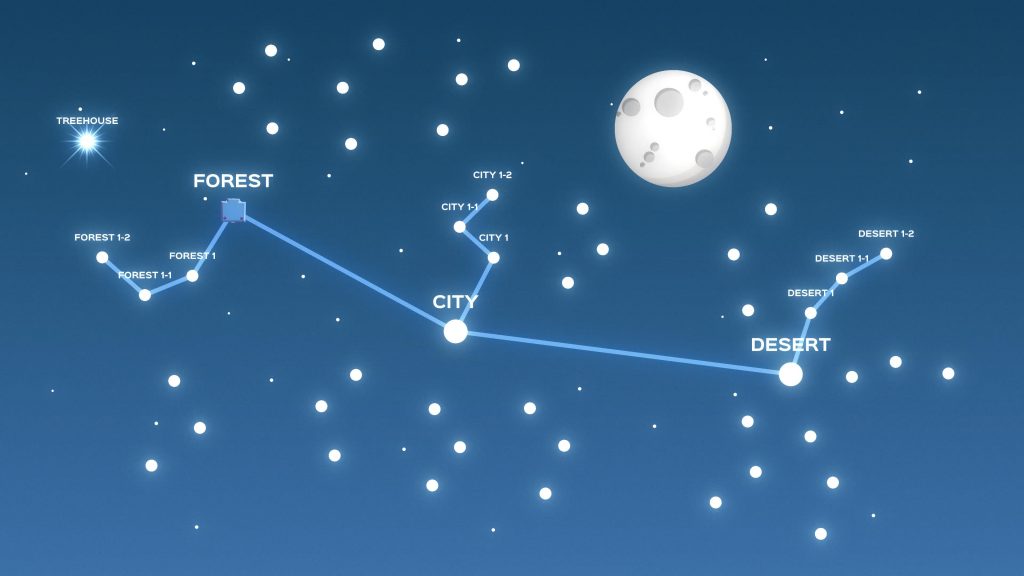 Playing through without a guide is definitely the way.  We did that over a couple of sessions and it made for a rather satisfying game.  We got annoyed a few times for sure (especially at the end where we didn’t realise we were meant to be finding stars and that they were a lot closer than we thought) but having now finished it legit, we’re happy we did it the right way.  It’s no Braid, in terms of its puzzles but it’s a bit better than the usual 2D platformer fodder we get on PSN.

While the clean, minimalist visual style worked quite nicely (although it can be very samey, making it even harder to find your way around when backtracking), the music fares less well thanks to its use of ten second loops.  It’s beyond annoying after a while, so you may want to forego that and put on a podcast.  The game did occasionally bug out on us too with us suddenly losing the ability to jump to the left a few times.  When this happens you only need to exit back to the main menu and then continue where you were and you’ll be fine. 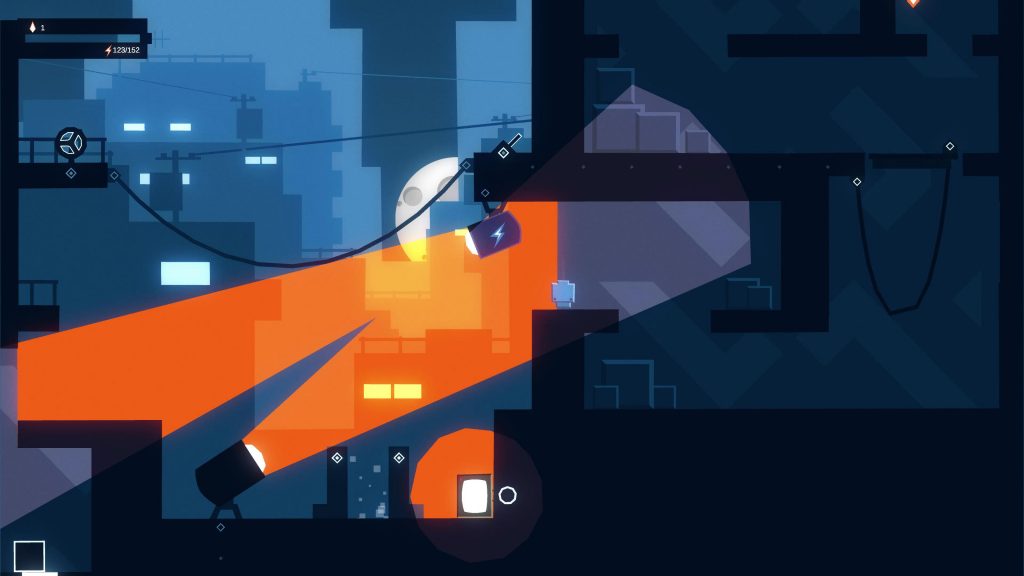 But look, any niggles here are pretty minor.  The gameplay on Night Lights lands quite well.  The platforming and puzzling have enough challenge to be fun without ever getting too difficult and while the overall world design was a bit annoying, there’s nothing here that you won’t be able to figure out.

So yeah, this was alright.  And for four quid, you’ll get a couple of afternoons’ worth of entertainment (and you get to do it all again thanks to the game having trophy sets for both PS4 and PS5).

Night Lights
7 Overall
Pros
+ Satisfying puzzling and platforming
+ Upgrades work well
+ Nice minimalist aesthetic
Cons
- A little buggy
- A bit too easy to get lost
- Irritating music
- Can be a bit buggy
- Quite samey
Summary
Night Lights is a decent 2D puzzle platformer with Metroidvania elements. It just about manages to not overstay its welcome but if you give it the respect due of playing it without a guide, the game's well-balanced level of challenge makes it very satisfying to play through.