Some remakes make lots of sense.  Resident Evil 2, Final Fantasy 7 and current PlayStation Country favourite Kingdoms of Amalur all deserved a new lease of life in this generation but who here remembers Neighbours From Hell?  It was a 2003 puzzler that landed on PC, Gamecube and the original Xbox and came from JoWood Productions who seemed to be everywhere back then but have since gone out of business.

This remake combines the original game and its 2004 sequel Neighbours From Hell 2: On Vacation and offers a good 4-8 hours worth of puzzle-solving, stealthy gameplay.  You play as Woody whose idyllic life is ruined by his noisy, uncivilised neighbour, Mr. Rottweiler.  However, Woody decides to get even and calls a TV company to film his efforts.  This gives the game a sit-com feel, complete with audience laughter and an episodic format. 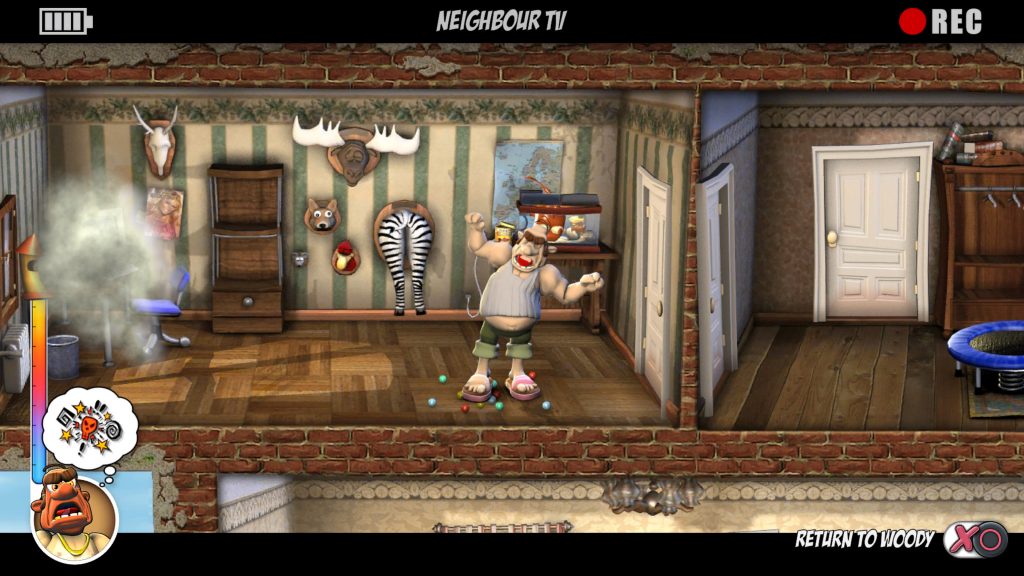 Mr. Rottweiler follows a loop throughout each episode which sees him repeating a few actions as part of a routine.  Your task is to observe what he does, stay out of his way and use objects that you find to sabotage him.  This could mean watching him hit a piñata, replacing it with a wasps nest and watching him get stung.  Or maybe you sabotage his attempts at DIY, keeping fit, cooking and generally anything that he dares to do.  However, if he sees you he’ll lay into you before booting you into another room.  You can only survive three of these encounters so you’ll be using your Metal Gear Solid and Tenchu instincts here if you want to survive.

Generally the puzzle solving here is pretty gentle.  While some set ups are pretty obvious, others are less so but each level only has a few locations and within those will be a limited number of objects to find and a similarly limited number of places to attempt to use them.  For the most part, basic puzzle solving will get you there but if all else fails you can just spam each item in each interactive location.  As such, this isn’t a game that will overly tax your brain and while that might frustrate puzzle purists, casual gamers will have a fun, relaxed time with the game.  If the puzzle mechanics don’t keep them engaged, the comedic set-ups will and the game’s relatively short lifespan makes it a low commitment game to get involved with. 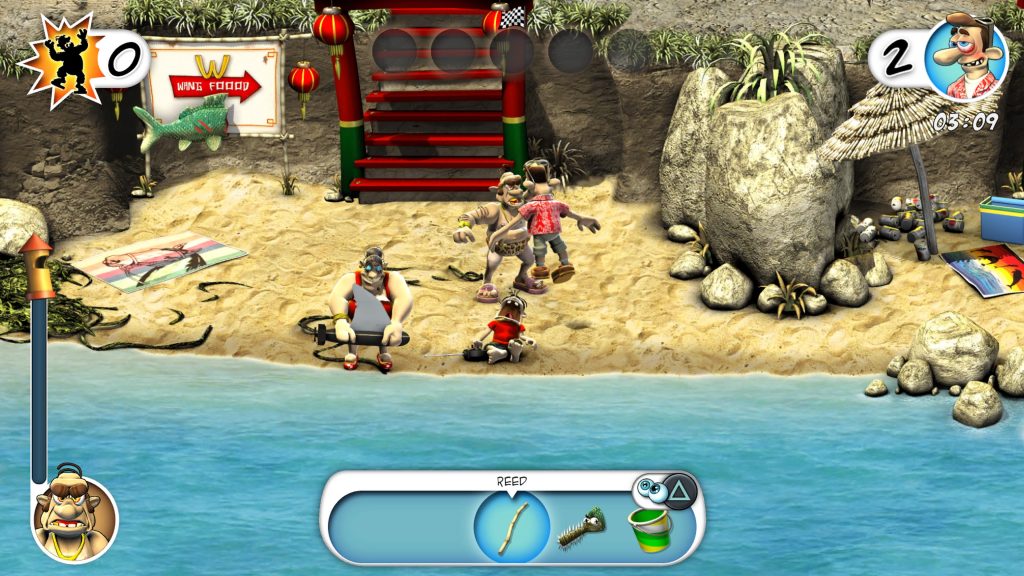 One thing that Neighbours Back From Hell doesn’t do is overcomplicate things.  Most puzzle games start off being fun but add a heap of new gameplay mechanics as you go along and eventually become unintuitive chores to get through.  That doesn’t happen here though.  Sure, we get to meet Mr. Rottweiler’s equally dangerous mother and a few of his pets (that will give away your location if you don’t tip-toe around them) and the locations change but the game never gets complicated or unintuitive.

Throughout the game’s four chapters, we never stopped liking Neighbours Back From Hell.  Even an extra chapter might have been enough to make it drag but the game’s length and the varied locations that come in the second half (thanks to these being the levels from Neighbours From Hell 2: On Vacation) keep things interesting.  The game is pretty relaxed about progression too, letting you finish the stage with a couple of acts of revenge left unfound.  If a stage has six traps to set, usually doing four of these will let you move on.  Those of you wanting to squeeze out extra value will enjoy finding every possible trap but we were glad to just get through to the game’s ending. 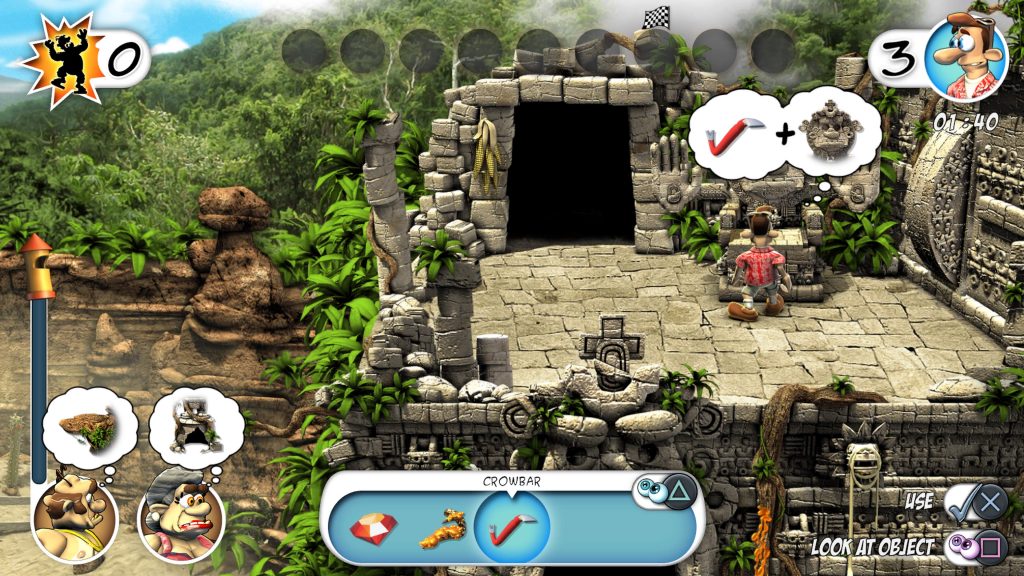 Another plus point is the game’s presentation.  Essentially this is just the original game with updated visuals and so the game looks like it ever did but refined.  The Aardman Studios look (the guys who did Wallace and Grommit – apparently) is fun and stylish.  The animation is a little stilted and weird but in keeping with the look.  The various traps you set are well-realised too and make the game feel a bit like a Road Runner cartoon (ask your parents).  The game’s sound is fun too with cartoon gibberish voices and a sit-com soundtrack.

The truth is, we had problems finding a reviewer to do this one.  It’s not the most enticing game of the year after all but we’re glad we eventually took it on because this is a fun puzzler with a good sense of humour.  It’s a bit limited and maybe pushes its few gags close to exhaustion but this is a fun way to pass a couple of evenings.

Summary
Neighbours Back From Hell is a remake that no-one asked for but ended up being a pleasant surprise. An accessible puzzler with engaging stealth elements that likes a laugh and doesn't drag on. That's how we like them.