I think annual sports games run a perpetual tightrope of trying to freshen up a familiar series on a limited development cycle. Visual Concepts have certainly rose and stumbled over the duration of their seminal basketball series. NBA 2K23 enters the court with a lot of historical content and a tweaked gameplay experience that feels rewarding and fun. Some of the old hang-ups remain but I’m largely impressed by the sheer wealth of content. 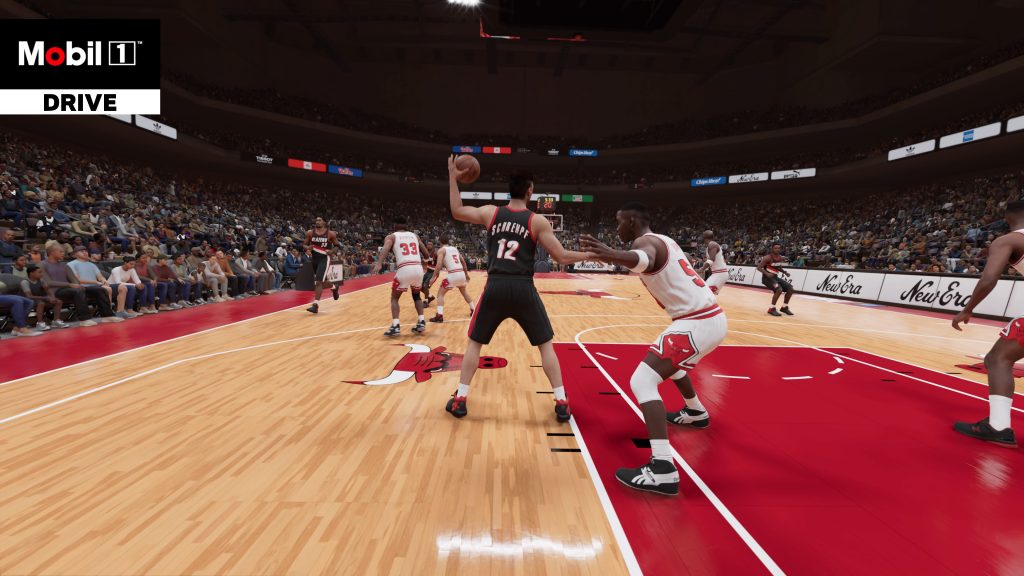 Returning for the first time in over a decade, a revamped Jordan Challenge takes some cues from The Last Dance. Covering 15 of the legend’s most memorable moments, each game features documentary style talking heads. Featuring the likes of Dennis Rodman and Phil Jackson, it’s nice to see them wax lyrical about one of the sport’s all-time icons. It really helps sell the historical significance of each event and it reiterates how much Visual Concepts appreciates the sport.

Appropriate filters help give each game a unique look and the authenticity goes further with accurate arenas, line-ups and TV overlays. Likenesses are used when they can. Some of Jordan’s college teammates look generic but Patrick Ewing’s been given special attention. Each chapter has three objectives to hit, some mimicking history and others that look to add more spice to the game. It feels great to repeat history and the trips down memory lane don’t stop there. 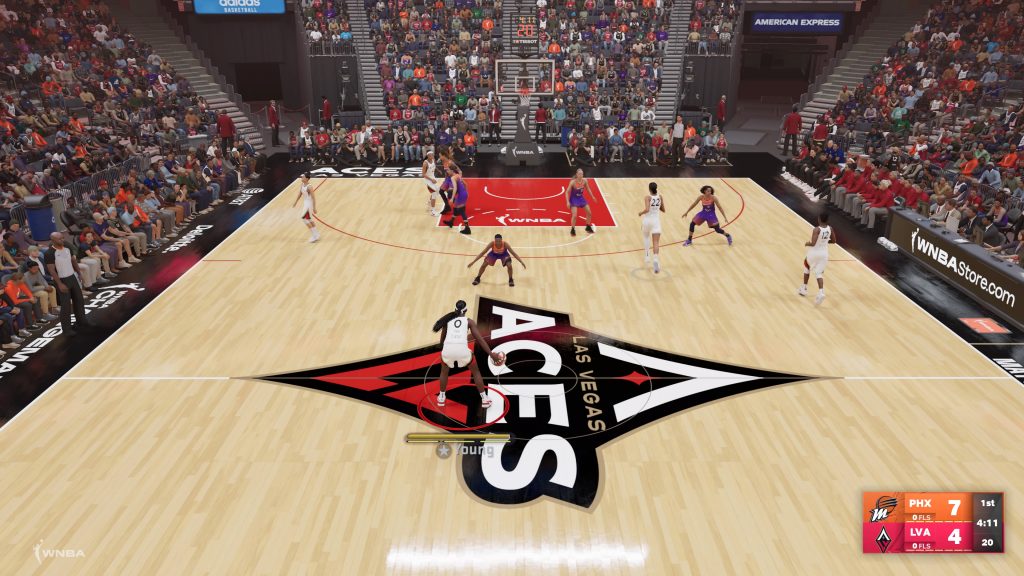 NBA Eras provides an opportunity to tinker with alternative histories. Nestled within the MyNBA modes, this celebration of basketball’s past gives you a chance to emulate or disrupt a great’s trajectory. From Jordan’s mid-career retirement to Lebron’s draft, you can play through a large chunk of the league’s history. These games have always had plenty of classic teams to play with but this mode consolidates it all in an elegant way.

I’ll confess I’ll never really be up on the nuances and intricacies of the sport. From personal experience, the basketball plays solidly. I’m getting more joy in front of the basket and I can reliably dial it in. You still see the gears turn as momentum waxes and wanes, but I’ve not been confined to taking safe bets like in the last couple of seasons. The movement of your teammates looks good as they jockey for position. It’s smart, although there’s still times when you want to instigate a play or create some space. Ultimately, I’m more comfortable on the court.

I’ve been enjoying it more than previous years. I recognise there’s still numbers being crunched but I don’t feel as compromised. Mistakes tend to be made on my own merits and I’m able to pop the ball around with confidence. That’s not to say there isn’t challenge. Tight matches are fun to fight with the risk and reward of chasing a lead down feeling momentous.

Of course, sliders remain tweakable and, whilst I haven’t dipped into them, it remains a good way to customise your experience. Nothing sticks out immediately as overpowered, although I’m talking from a casual perspective. I’ve yet to find a way that feels truly gamey but I suspect the community will get there. 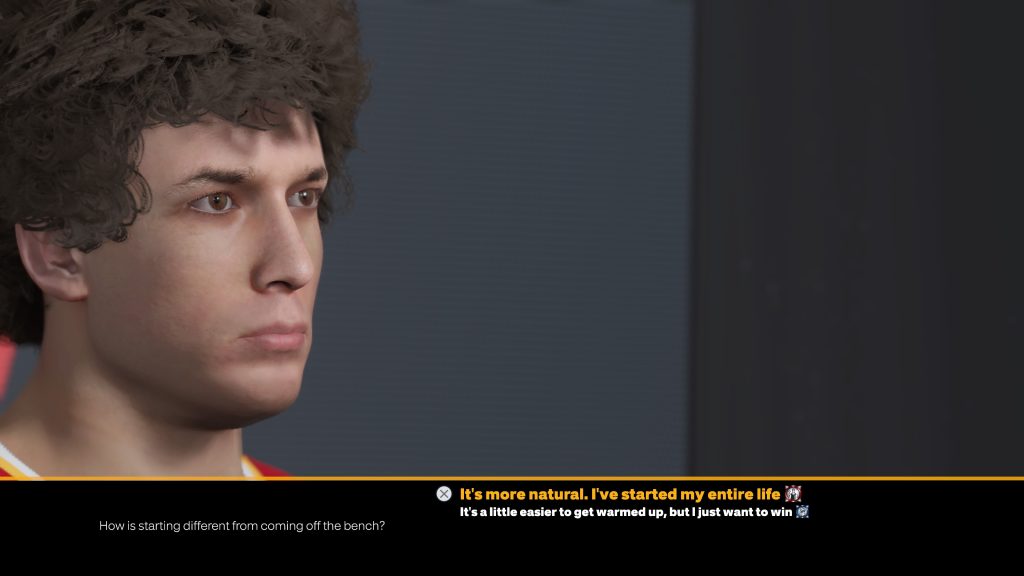 MyCareer makes a change in premise. Gone is the months of toil at college level. Your player arrives already established as a top talent and is already in the NBA draft. What would normally be the endgame of this mode manages to inject some stakes. This year, it’s all about hearts and minds. Whichever franchise you pick, you’re given a frosty reception from a sceptical home crowd. You’re not without supporters but the focus of this mode is a charm offensive.

Your player does this on the court but there’s also plenty of opportunities to mingle in the community or speak to the press. Dialogue choices feel very binary but it does give you a chance to show a little personality. It’s an underdog story and your crew love to increase the drama whenever possible. You have an enemy in Shep Owens, a rival draft pick who the home crowd felt got away. Shep’s got his own reality show and he looks to twist the knife. Again, it’s a cheap but good way to add stakes. There’s lots of humour to it, although it does feel like a billboard at times.

The currency issues that have plagued the series are still present. VC is spread thin across this mode and MyTeam. Reaching your potential can, at times, feel like a grind. When your fledgling protégé gets more established within the team, you’re playing a lot more games back-to-back. After a stint of half-a-dozen, I was glad of the more off-court activities. And there’s plenty of that with The City. I still find that social space to be too big to traverse but it’s littered with side-missions and makes MyCareer feel like a basketball RPG. 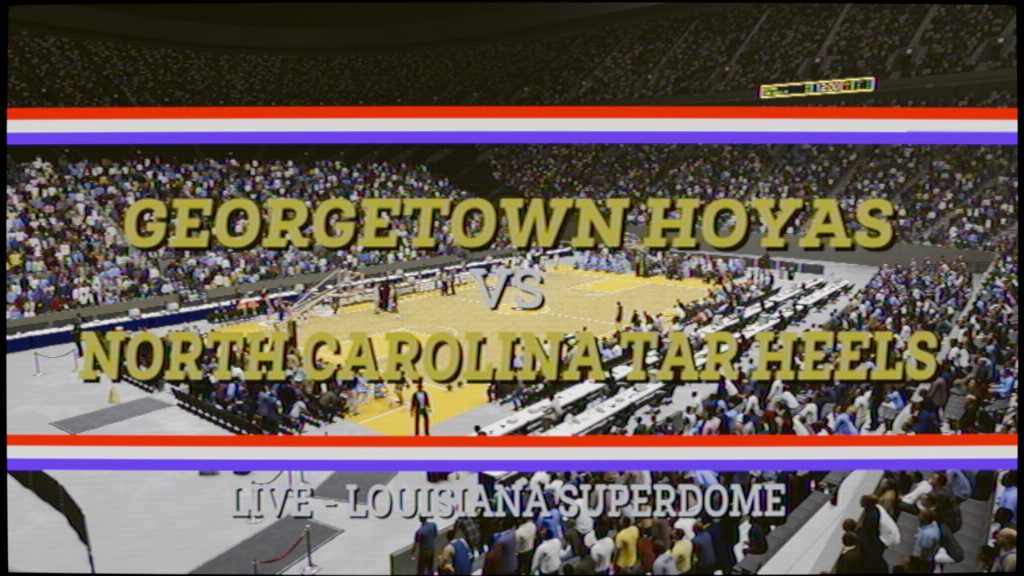 What else do I say about the presentation? Commentary remains exemplary and arenas are packed with life. There’s plenty of chatter from the stands, in particular during MyCareer. NBA 2K23 is incredibly polished. It’s excepted these days but I still really appreciate how well they recreate arenas, players and the rest of the NBA machine. Performance holds up with only the city sections taking a genuine dip. On the court, it’s all smooth and fluid.

NBA 2K23 feels like a big reminder of how good these games can be. Visual Concepts have poured a lot of attention into historical content and the on-court action has been tightened. There’s a lot of love and care thrown the sport’s way and this appreciation hasn’t gone unnoticed. MyCareer feels a lot more light-hearted and more substantial than previous years. Unfortunately, it’s still saddled with an emphasis on virtual currency and a whole lot of intrusive advertising.

NBA 2K23
8 Overall
Pros
+ A wealth of historical content.
+ Incredibly well presented.
+ The basketball is solid and feels satisfying.
+ MyCareer feels like a more substantial mode.
Cons
- Microtransactions still rule the roost.
- The City is still a slog to traverse.
- At times, MyCareer can feel like a grind.
- In-game advertising is starting to feel intrusive.
Summary
As a package, NBA 2K23 is a phenomenal celebration of basketball. The return of the Jordan Challenge retells a stellar career and features exemplary presentation. NBA Eras takes you through an abundance of classic content and the on-court action feels tight and polished. MyCareer is substantial but still can't shake the intrusiveness of microtransactions. It delivers a decent story but can feel like a grind. Even with these problems, the sheer wealth of modes makes NBA 2K23 worthwhile.