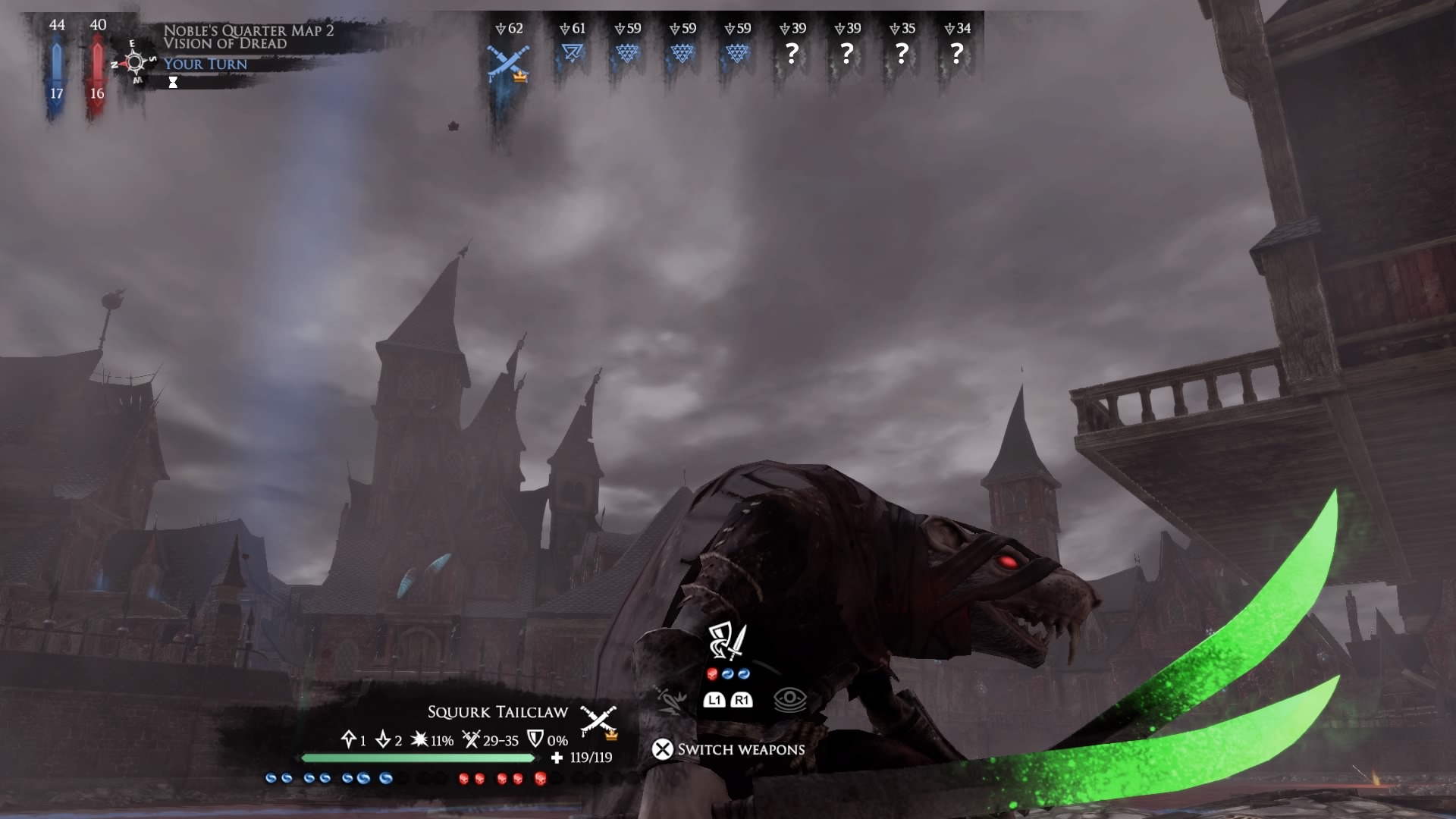 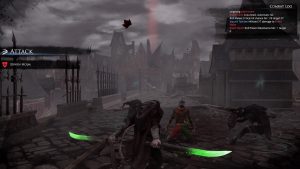 No one geeks as well as the British child of the 1980’s, I was such a kid who played Warhammer and loved painting the shit out of miniature lead figures.  Out of the various games available I geeked out most to one called Necromunda with the main reason being the fact it eschewed the huge scale armies of the main games and instead focused in on a small squad of around ten characters.  I never played Mordheim but it turns out this is the same type of game as my childhood geek crush of Necromunda.  With the release of Mordheim: City of the Damned it’s time to see if I still know how to get my geek on.

At it’s heart Mordheim: City of the Damned is a turn based strategy game where you control your own personal warband as they fight for control of the city.  There is a choice of four different warbands to play as, with a couple more set up as DLC, each one has some tactical differences from the others to make them stand out such as faster movement or a greater reliance on spells.  Once you’ve chosen your warband you can start your journey.

This isn’t the easiest of games to get to grips with as there are reams of rules and statistics to understand.  The screens are full of text and there are menus within menus with details in all of them.  The saving grace of all this though is user interface which manages to make sense of all the stuff on display.  Additionally the way the controls have been mapped to the PS4 controller make a complex game easy to control, add to this the detailed and informative tutorials and what initial feels daunting soon becomes second nature. 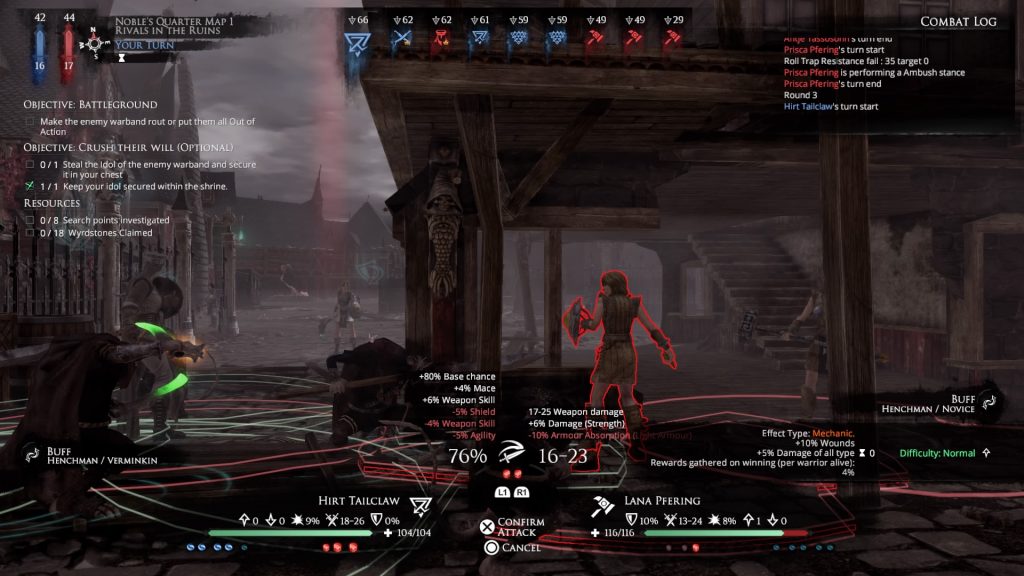 The game proper is split between two kinds of battles with randomly generated missions having to be completed before you get chance to attempt the main fixed story missions.  The randomly generated missions end up all looking and playing the same as you are just fighting your way through a city.  What these do give you however, is the chance to level up your warriors and upgrade your skills before you attempt the more difficult story missions.  These story missions are generally based around certain set pieces and ask you to perform certain specific feats to achieve victory adding much needed variety to the very samey random missions.  There is also an online mode which could add further variety but good luck finding a game as the lobbies were dead when I checked.

During a mission each character moves in turn and this is split across both warbands, meaning that you could move three of your characters but then find the enemy moves before you get to move your final character.  As you can only see the enemy if they are in your warbands line of sight this turn based approach adds a great level of tactical depth to the game, making it feel like some kind of high stakes game of hide and seek.   Things are viewed from a third person perspective for movement and combat but you can switch to a top down view for a more strategic overview.  As most of the maps look the same it is really easy to get lost when looking at the game in third person mode.  The inclusion of the top down mode saves this game as it allows you to better understand where you are and where you need to go.

In combat things are also turn based with your character limited in what actions they can take based on how many action points they have.  What this means is you need to approach combat with one eye on the tactics, setting up your warband to maximise your tactical advantage, because rushing head first never works out. 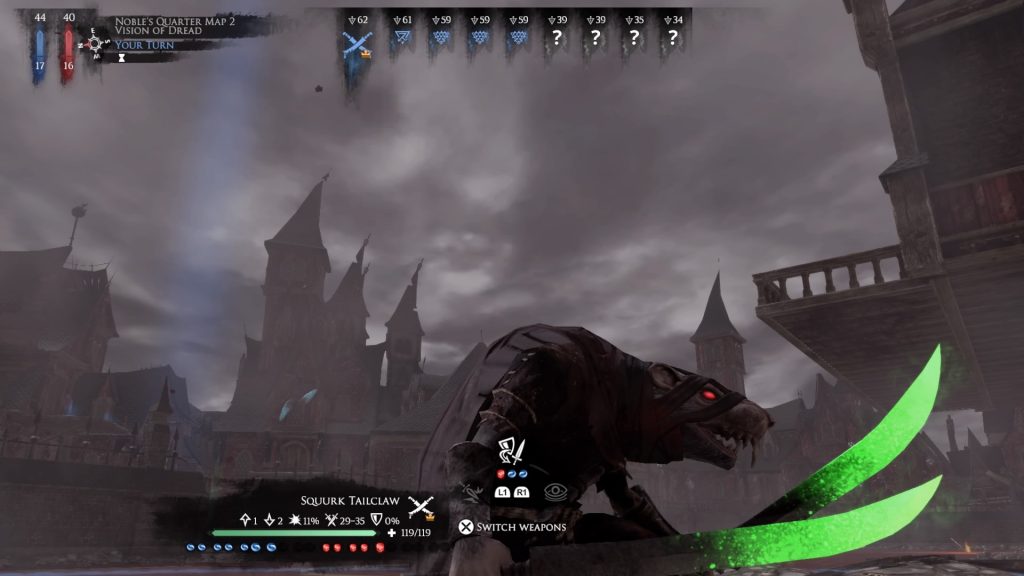 After each mission you are taken to the result screen which details how much loot you gained, what experience you earned and whether any of your warriors have been injured.  These injuries can be permanent reducing your stats or even killing you.  The injuries form one of the major aspects of the game and you’ll end up becoming oddly close to your warriors once you’ve seen them cheat death a few times.

Graphically things look a bit bland with the main colour being grey or brown, and the art style is mostly forgettable.  The character models also aren’t hugely detailed and although there is a lot of scope to customise your characters they all end up looking a bit samey.  Another issue here is the overly large load times between levels and the way you can spend big parts of your game just waiting for your opponent to move.  What galls most about this is that the game doesn’t seem to be too graphically intensive to warrant these long load times. 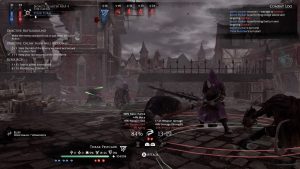 Overall then Mordheim: City of the Damned is exactly what I want from a Warhammer game.  It has translated the table top game excellently to the PS4 and provides a brilliant example of turn based strategy gaming.  Whilst there are some technical issues present the game is able to overcome these to offer a truly engaging experience.  There is boat loads of content here and I appreciate I’m the target market for this game however, Mordheim: City of the Damned is capable of offering something for anyone even remotely interested in a tactical experience.

Mordheim: City of the Damned
8 Overall
Pros
+ Excellent translation of the tabletop game to the PS4 + The injury mechanic adds a nice level of depth to the battles you complete + Great tactical depth to the combat and warband management
Cons
- Long load times - Graphics look a bit uninspired - This isn’t going to appeal to fans of action games
Summary
Mordheim: City of the Damned is exactly what I want from a Warhammer game. It has translated the table top game excellently to the PS4 and provides a brilliant example of turn based strategy gaming. Whilst there are some technical issues present the game is able to overcome these to offer a truly engaging experience.