There’s an unknown quality to space that media loves to plunder and explore. H.P. Lovecraft’s work is an obvious example of this and Moons of Madness looks to take heavy inspiration from the Victorian horror writer. Now, forgive me if I’m a little worn out by the relatively recent influx of cosmic horror. Rock Pocket’s effort does at least attempt to provide intrigue of its own beyond the usual genre trappings. 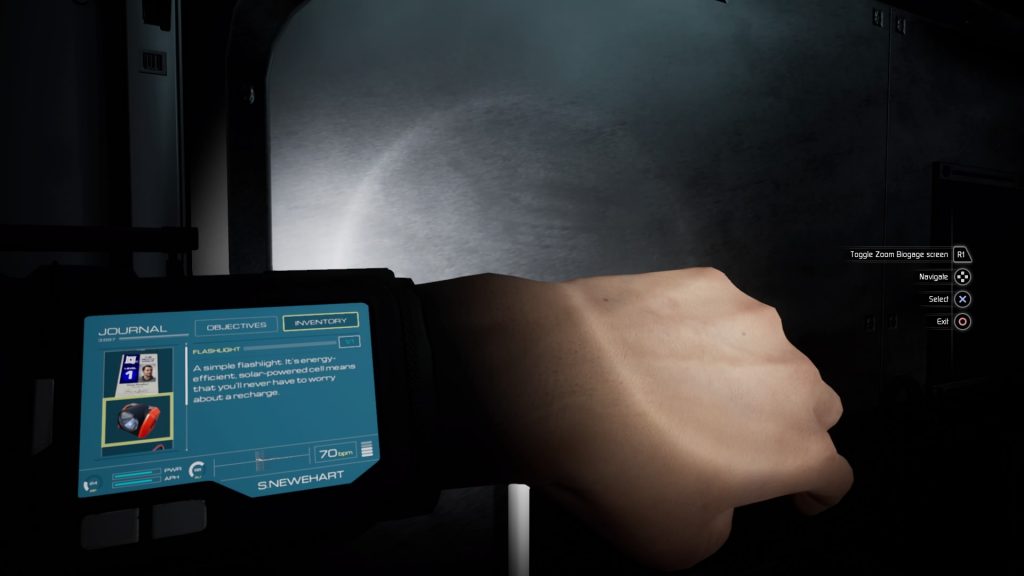 The story is one that’s so often told. You’re a member of a group of scientists who set up on Mars. Whilst investigating the local flora and fauna, things inevitably go sideways into catastrophe. It’s familiar and, at times it left me feeling cold. There are some heavy, heavy Lovecraftian elements coming from Moons of Madness‘ narrative. Whilst I can’t knock it’s execution, I’m a bit sick of games retelling those kinds of tales.

I did warm to it in the end. The first act sort of plods before any real information is handed your way. You spend a lot of time exploring and reading terminals before the action real kicks off. Once it does, you’re given some decent sub-plots to sink your teeth into. There’s some obvious horror furrows but there’s some nice corporate sidetracks that make the final act a lot more interesting. It builds well, although the first act’s pacing felt somewhat laborious. 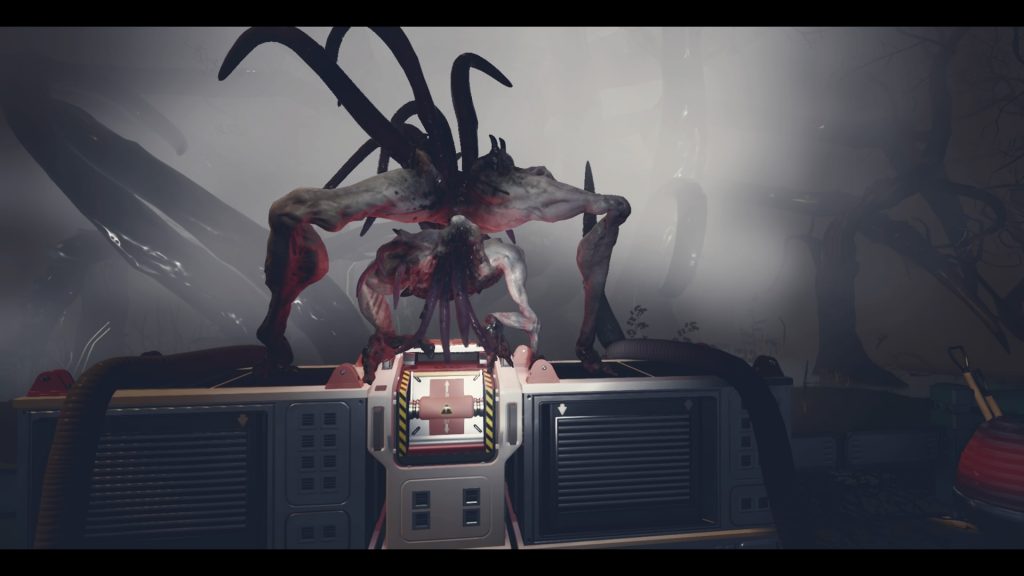 Moons of Madness does have a very linear structure. There’s no opportunity for branching paths which do help funnel the player from beat to beat. In terms of gameplay, you explore the substation or the Mars surface in search of clues. Your radio team act as constant help and supervision and they are written well as colleagues that have spent time together. Puzzles spice up the walking with most of them having solutions very close by. Again, it helps instil a sense of momentum but doesn’t flex your brain too much. Logic puzzles do arrive to test your reasoning. These can take more thought but the information you need to solve them can be simple to suss out. Even if you’re on the wrong track, Shane’s internal chatter will prod you in the right direction.

When out on Mars, you have oxygen levels to concern you. Whilst it is there to give you a tiny sense of urgency, the supply seems plentiful. It also appears to be restocked when reaching checkpoints. I never felt in danger of running out. Moons of Madness also allows you to ping the environment for waypoints so getting lost is not a concern. 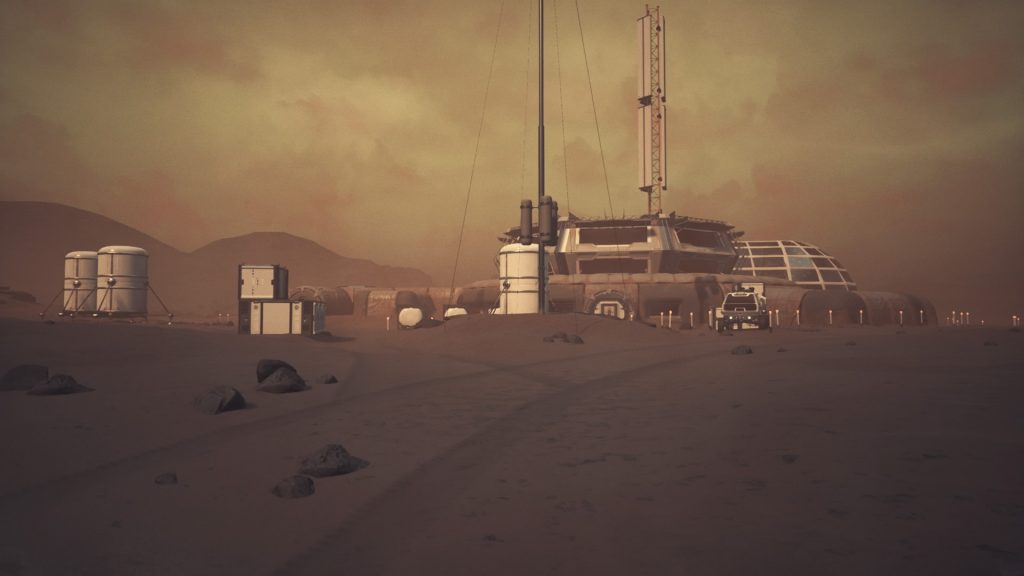 Despite interactivity being light, there are attempts made to vary gameplay. New mechanics tend to be introduced for new areas, although they also tend be hastily discarded. If nothing else, each new locale gives you something interesting to figure out or to see. There are some moments of frustration. Stealth and chase sequences feature and, whilst not very often, they come with their own points of failure. There’s hazards to traverse which can kill you and, whilst checkpoints are frequent, there are points where they’re placed too far back for comfort.

One thing Moons of Madness does have is polish. Visually, it’s all well presented with some quality lighting and flourish. Sound does well to maintain an eerie atmosphere and you’re always put under duress, even if actual threat is very rare. Voice acting from the small cast is well done and you can tell that, from a storytelling perspective, they had all the right tools at their disposal. I’ve not seen any technical hitches and the environments maintain a high quality throughout.

Scene-shifting is experimented with. It allows for some flashbacks to take place and the toying around with perspective does help add some flair to some otherwise ordinary and realistic settings. They work effectively as a storytelling device and as a way to catch the player’s attention. The latter third is heavy on these character-building moments. 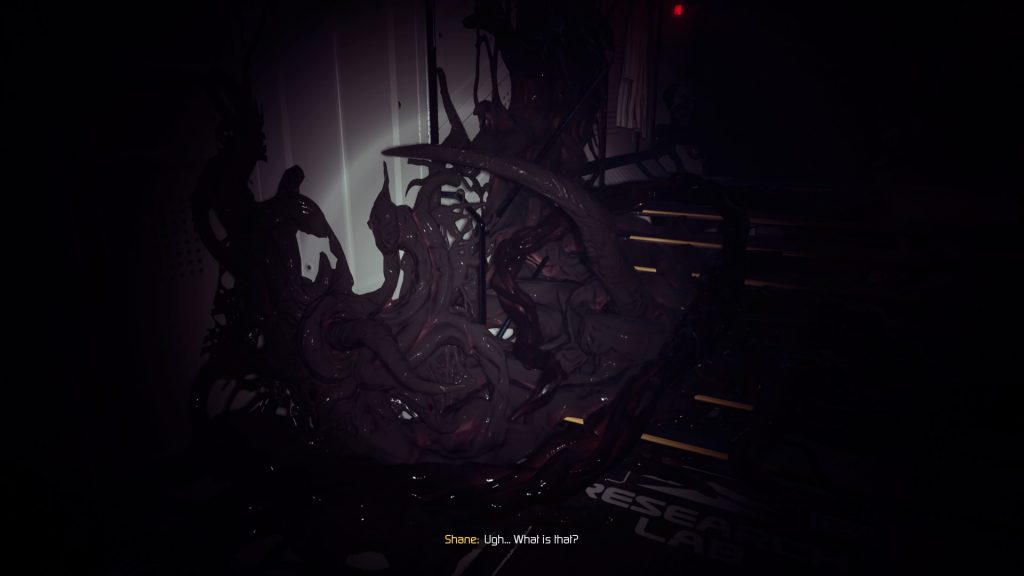 I do feel one character hams it up a little too much. I know there’s a theme of knowledge corrupting the mind and creating madness but, there comes a point where it accelerates into full-blown theatrics. With the rest of the cast so grounded in reality, her performance sticks out like a lump. Other than that, dialogue is written smartly and delivered nicely. It helps weave together a story that does build to a satisfying conclusion.

Whilst I am a little sick of Lovecraft, Moons of Madness does help ground its cosmic horror with some believable characters. It’s a very polished product that’s well-written and presented. The story does lead into some satisfying avenues and, one character aside, the acting is spot on in tone and execution. Whilst there are moments of frustration, there was enough intrigue to help power me through.

Moons of Madness
7 Overall
Pros
+ A Well-written story with some heavy Lovecraftian influence.
+ Voice acting is solidly delivered with a believable cast.
+ Visually polished with some good lighting on display
+ Whilst light on interaction, they do introduce new mechanics frequently.
Cons
- One actor does ham it up which feels at odds with the rest of the crew.
- Stealth and chase segments can lead to some frustration.
- The pacing in the opening third seems slow.
Summary
Truth be told, Moons of Madness got out of the blocks slowly, for me. The initial exploration struggled to hold my attention and the usual Lovecraftian story beats had started to wear me down. Thankfully, there is an execution on hand here to deliver more than just the usual blueprint of science leading to unknown consequences. The cast deliver great performances and the visuals look polished and flourish in spots. Once the pace picks up, it accelerates well to a satisfying conclusion. It's a good effort with some smart writing and puzzles that won't halt your progress too much.