When a game has a connection to Shin Megami Tensei I sit up and take notice. Monark is from ex-Atlus developers who worked on the tough but oh so rewarding and atmospheric JRPG series and you can see some connecting threads here and there, but this isn’t a Shin Megami Tensei game so what can players expect? 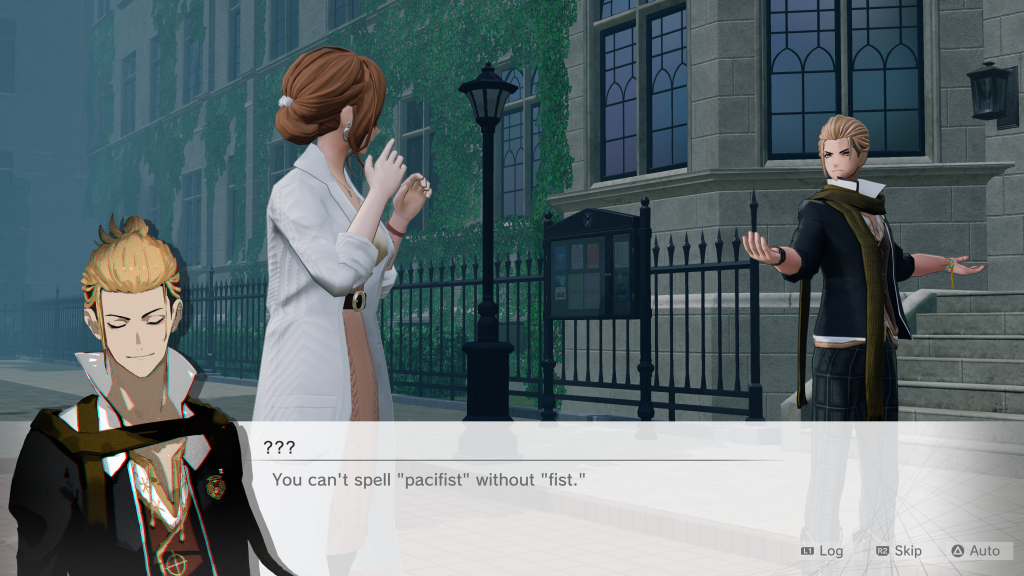 You play as a student at Shin Mikado Academy who has lost his memory. The school is being suffocated by a strange mist which sends those inside it mad. An unknown phone call takes you and your friends to a different dimension and there you gain the power of a Monark, basically a daemon connects with you turning you into a Pactbearer.

This gives you the power to defeat the enemies that threaten your friends and once they’re defeated you return to your school. Unfortunately it turns out you’re not the only Pactbearer and that they are the cause of the mist. You’re then tasked with using your power to find and defeat them, destroying their ideals.

It’s an interesting premise as each Pactbearer represents one of the seven deadly sins which is a common theme for the game. For example throughout you’ll be given questions to answer with each giving you a boost to your ego in one of the seven sins. It doesn’t effect your stats but does gate certain things and determine which Fiends join you, blank slates to fill your battle party with. You can ultimately max them all so it doesn’t really matter but it’s an enjoyable theme that runs throughout. 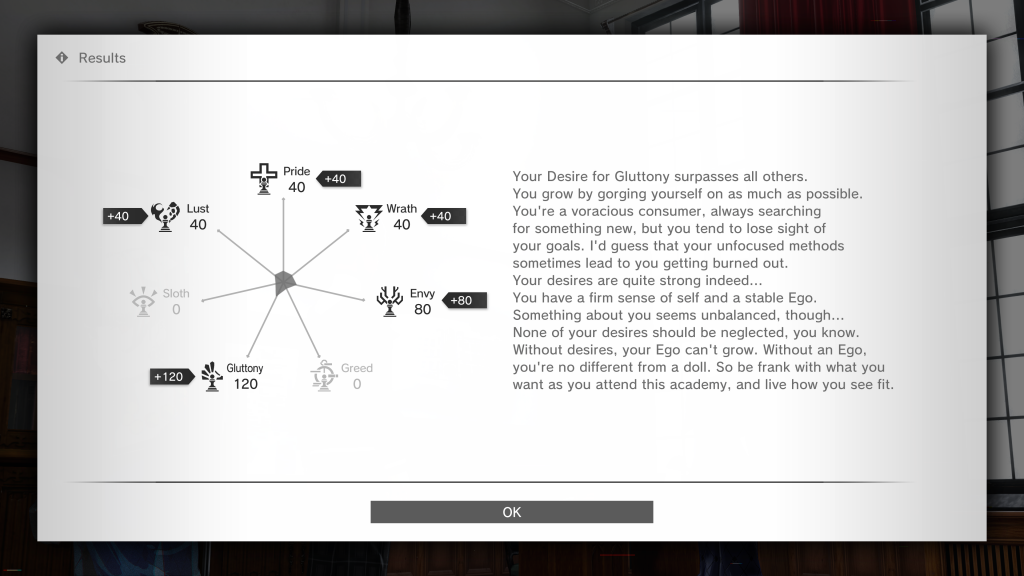 You’ll get these questions off of other students as you explore the school. Initially you’ll be restricted in where you can go due to the mist but as you defeat more bosses those areas open up and the students go back to normal. You’ll sometimes find items in these areas as well. Otherwise the game will point you in the right direction with a waypoint marker to show where to go for the next story beat.

You’ll eventually have to enter the mist and things will generally follow the same pattern. Enter the mist, watch out for other students and solve a puzzle. Whilst in the mist your Mad meter will rise and if it hits 100% then you’ll faint and be back at the infirmary. Students can give clues to the puzzle but others will just scream as you approach, increasing your Mad meter. The puzzles require you to pay attention to your surroundings and read files you find. They can get pretty tough, either due to you needing to actually type in answers (I took pictures on my phone as you sometimes need to remember a few different things) or even have you leave the dungeon to find something without any direction. I didn’t mind them that much but there were times where I was just wandering around the mist wondering what to do. 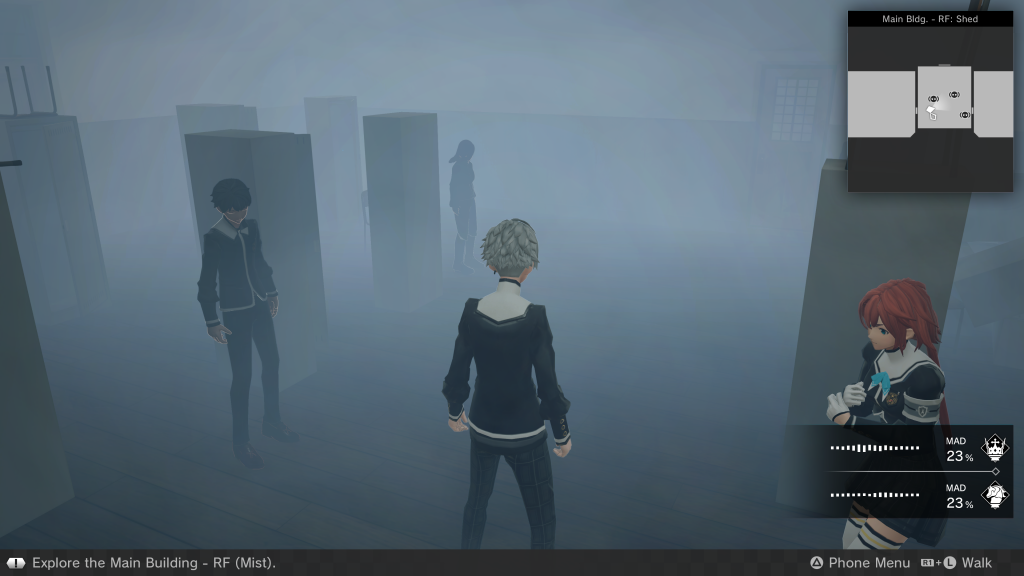 There are no random encounters, you have to locate the phone call in order to reach the fight and clear the mist from that region, do this a couple of times and then there’ll be a boss fight accompanied by some banging tunes. You can make phone calls yourself too, in order to replay fights or attempt new stages that you find the numbers to. You’ll need to do this as at some point you will hit a brick wall and need to grind to level up a bit to advance.

The fights themselves are turn based, tactical affairs. You can move your party around the arena individually and they can attack a certain distance depending on their weapon as can the enemies. Once in range you can do basic attacks, skills which cost health to use or authorities which increase your mad meter. If you position other members of your party in range when you attack then they can do follow up attacks to really stack up the damage which is often the key to victory. 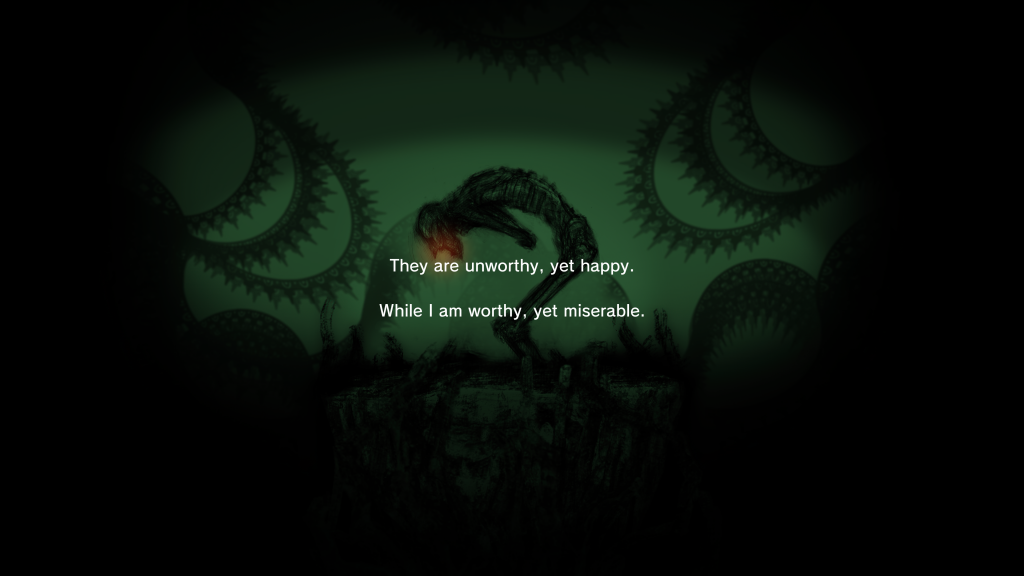 If a character goes mad then you’ll lose control and their stats will increase for a few rounds before perishing. Similarly human characters can become awakened, by using a ‘resolve’ move during their turn and taking damage. Once that reaches 100% they’ll get a stat increase but you won’t lose control of them. If an awakened character resonates with a mad character then you’ll regain control and the awakened character will become enlightened and even more powerful. This scenario is so specific that relying on it isn’t really a option though.

Once you win a battle you’l be rewarded with Vessels and Spirit. Vessels are armour you can equip on your Fiends (humans don’t have any equipment) and spirit is your experience points which you can spend on your characters to level them up. They have a skill tree and each node you buy will level your character up once. It does mean that you don’t have to use a character to level them up as you can spend your points anywhere, but it also means you can’t save up points for a certain skill as you’ll want to be gaining levels so you more often than not just buy the cheapest nodes in order to get the most bang for your buck as that’ll dictate how much damage you do and take.

That is the game loop throughout. You’ll get story sequences after each boss and as an introduction to the next target and at times it can go pretty dark considering we’re dealing with school kids. These dark moments don’t really hit that hard thanks to the presentation but they’re there. Voices are well acted but the text is middle of the road for a JRPG. Genre fans will recognise the rhythm of conversations. 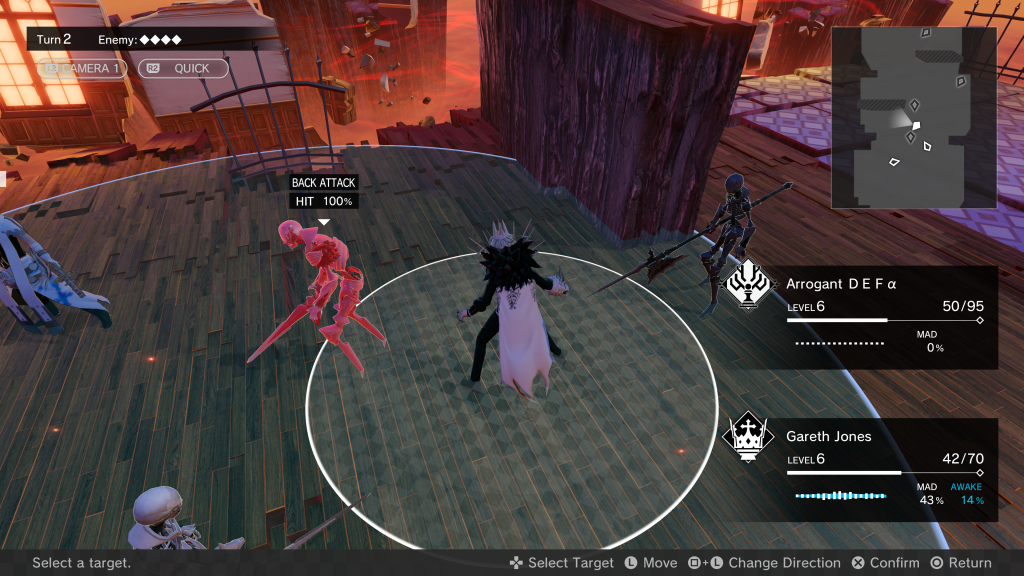 Visually the game is probably at its most disappointing. This is on a PS5 and yet at times it resembles a high resolution PS Vita game. It runs very smoothly and things get a little more detailed in the battles but the school is made up of overly simple geometry and the character models are super basic. The battle arenas generally look very samey as do your Fiends and those you fight against. The vessels you equip change things up a little and you can adjust their height and hair style but they’re still just skeletons at the the end of the day.

The gameplay has a very repetitive loop and and when I realised that the game was expecting you to grind I was quite disappointed. There is no real punishment for dying as you can replay the fight there and then or wake up back at the infirmary but you’ll have wasted time as you don’t gain anything from the failed fight. That’s not to say Monark has nothing to offer however. Once you get a good selection of party members with useful abilities unlocked the battles are enjoyable and thematically the game is interesting even if the story beats don’t hit as hard as they should. 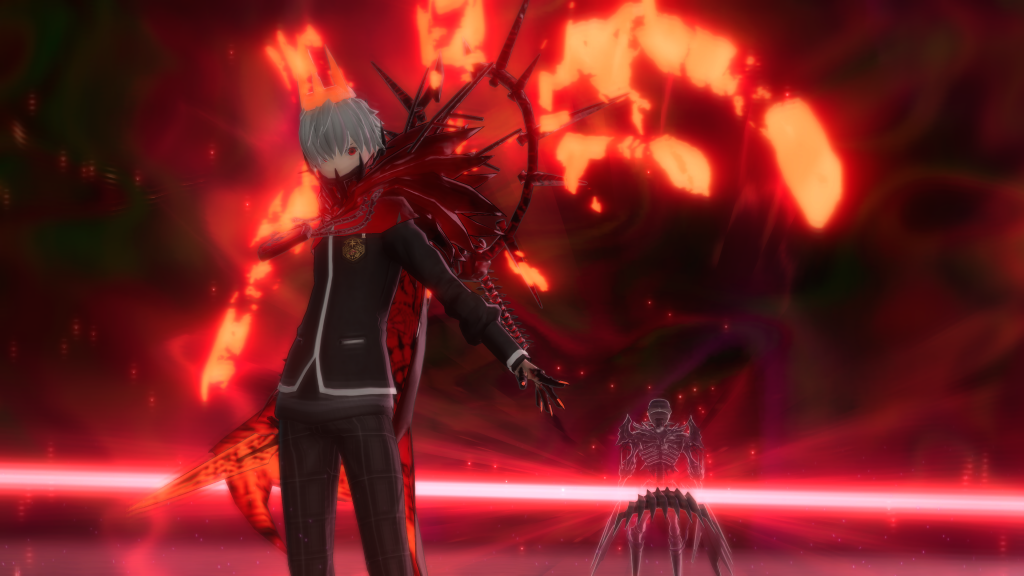 The repetitive nature of the gameplay along with the necessity to grind will put off many but ultimately I’ve enjoyed Monark despite its flaws. It was at its best whilst I was at a suitable level and working through the battles after solving the less obscure puzzles but these times were inevitably interrupted by a trickier puzzle or an unbeatable battle.

Monark
7 Overall
Pros
+ Your character's Ego is a cool concept
+ Battles system is enjoyable
+ Great boss music tracks
Cons
- Visuals are generations behind
- Grinding is required from an early stage
- Some puzzles are really obtuse
Summary
Monark has some good ideas and systems in place but the low budget presentation and enforced grinding stop this from being more than an interesting experience.