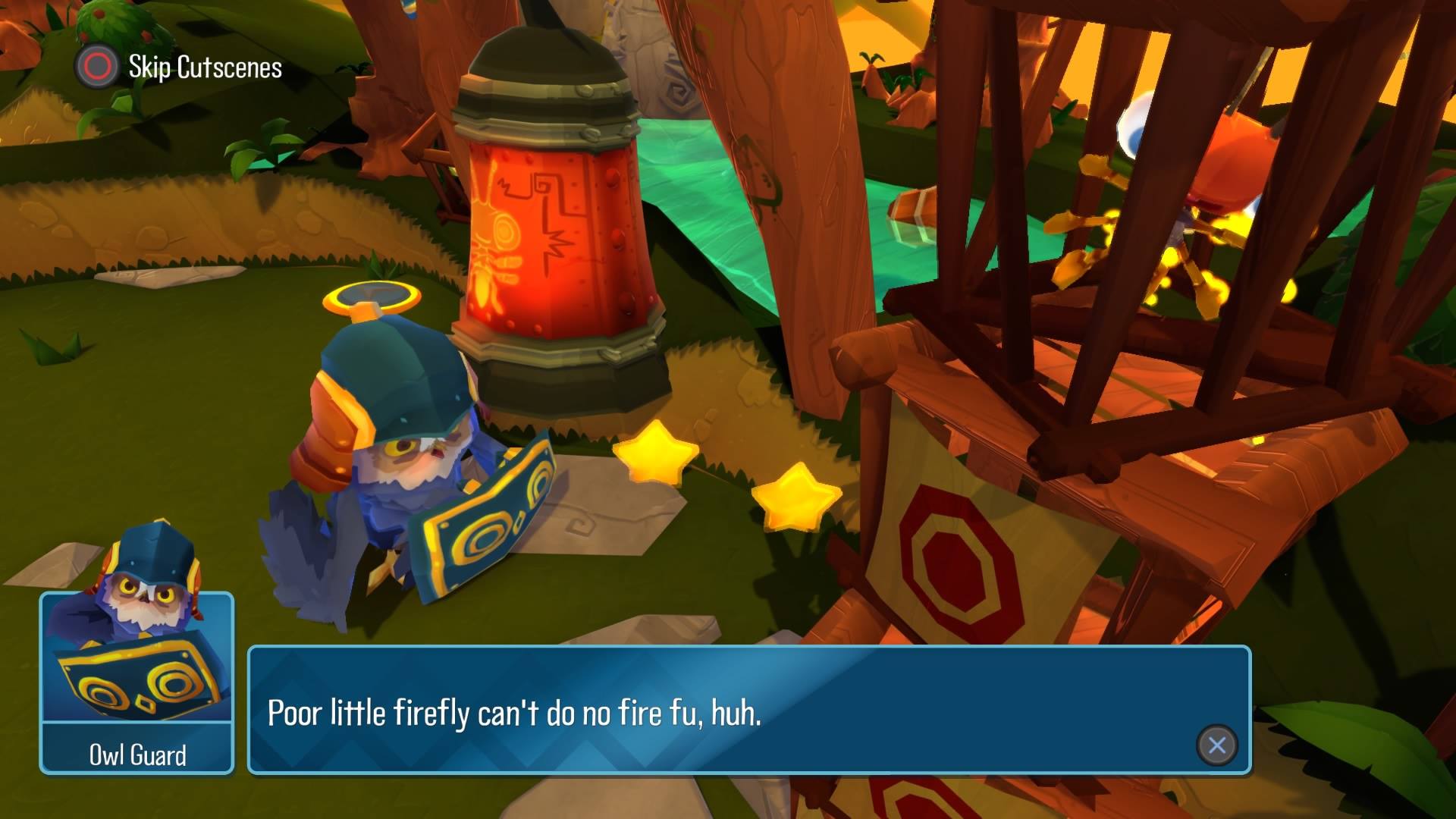 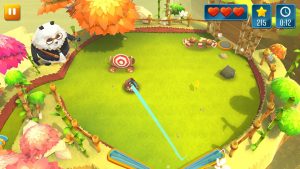 Momonga Pinball Adventures by Dutch indie dev Paladin Studios is a game you’d be forgiven for letting pass you by. Especially as it dropped the week before Christmas on multiple formats. That’s if you even spotted it getting released to start with.  The titular Momonga is a small Japanese flying squirrel, cuter in real life than the in-game depiction in fact.

Rather than tackle the  twin juggernauts of Pinball FX and Zen Pinball head-on, the devs have opted for a story-based questline rather than lots of individually licenced tables.  It brings to mind Sonic Spinball back in days of yore as the eponymous critter becomes your ball as you fling him and his fat mate around various levels on your way to avenge the capture of your family at the hands of evil owls.  So, revenge quest by way of cute puzzle based pinball.  Right.  It’s up to you whether you bother with the in-engine cut scenes but they’re easily skipped with a quick push of the circle button. 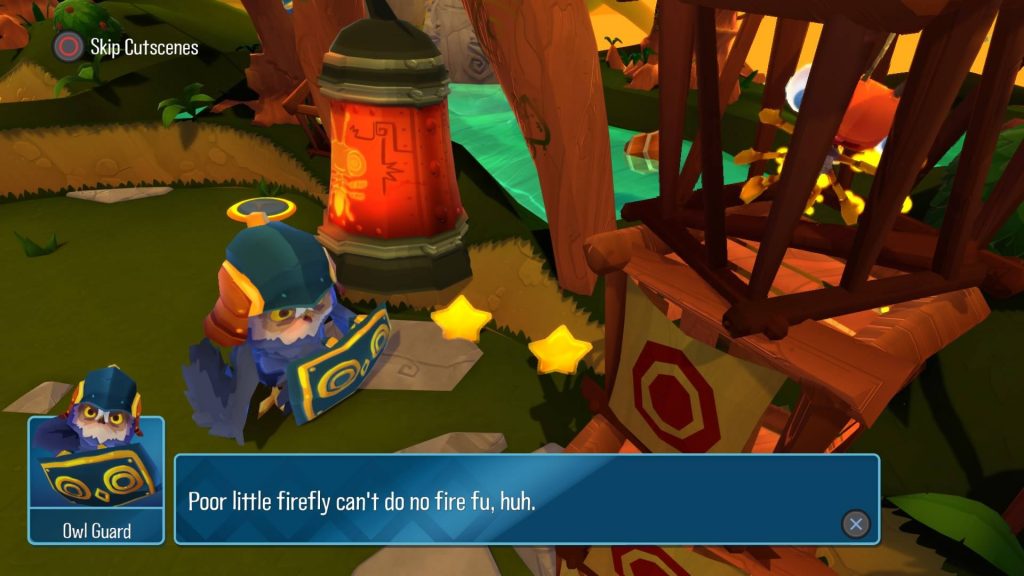 Getting down to action to launch the ball/squirrel into the fray, you pull down your plunger with L1. That’s ok if you’re launching from the left side of the screen, but a little disorientating if you’re launching on the right (although this is just a minor usability quibble on my part).  Simply, L1 controls the left flipper and R1 controls the right flipper. So far, so pinball. I won’t go too far into individual play mechanics other than the fact you target destructible objects in each play field, usually opening up a path to the next sub-area.

The game complicates matters further by making some objects only susceptible to an impact from the aforementioned fat mate so you have a rudimentary multi-ball feature when both are in play. Later levels add another mechanic; you gain the ability to defeat enemies on the playfield by summoning a kung-fu firefly which distracts the enemies long enough for you to kill them.  In addition, there are occasional stages where the fact you’re a flying squirrel comes into play. You have to fly to the next part of a level picking up stars as you go. 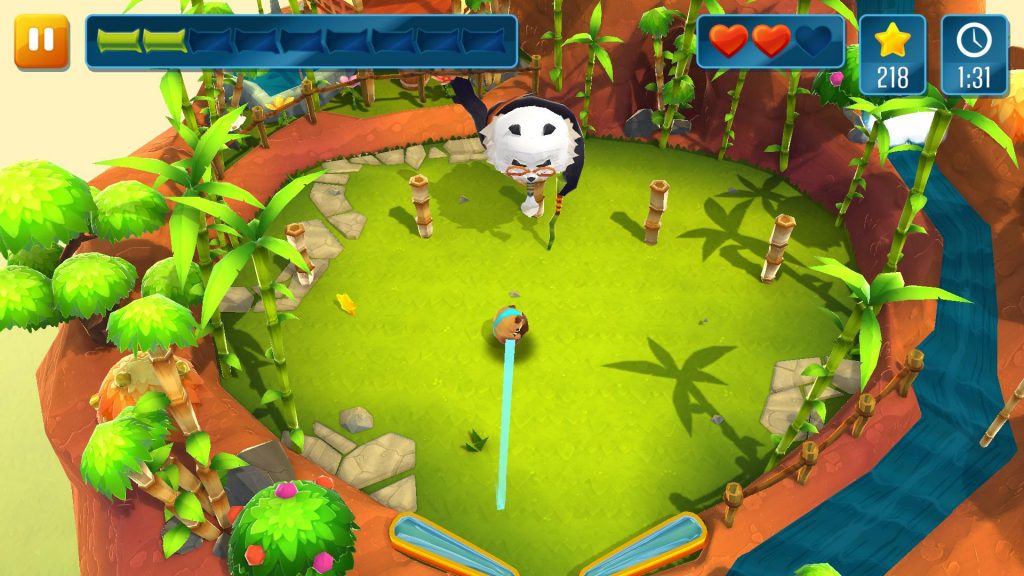 Each level has one initial goal, simply to clear it. Once you’ve done that you have four additional challenges to clear. You can easily spend ages just on the one level knocking out the challenges, so for the purposes of this review I blasted through the levels in quick succession. I’ll be going back for sure to mop up as the game has that ‘just one more go’ part nailed.

If there’s one criticism I have, it’s that it’s all over rather quickly. I can only assume the story will be continued in future episodes/DLC as the game seems to end rather abruptly. I beat what turned out to be the final boss (of this episode at least) after just a dozen levels. Perhaps the realities of running a small indie dev have hit home in terms of resources expended and the success of this first episode dictates whether we’ll get any further episodes down the line. 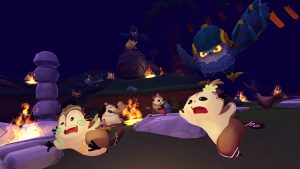 One final note, perhaps if the devs read this: a final boss not constrained by pinball mechanics is a bit of a pain and often you’ll find yourself losing multiple lives in quick succession due to the boss carrying out a canned attack and being unlucky enough for your ball to be in the wrong place as it happens. Perhaps a mulligan can be given if you lose two lives in quick succession as it’s pretty frustrating to have to replay all over again to the same point due to a cheap death.

All in all though, Momonga Pinball Adventures is a fun under the radar release. For less than the price of a bottle of wine, you’ll derive more enjoyment and won’t have a hangover into the bargain.