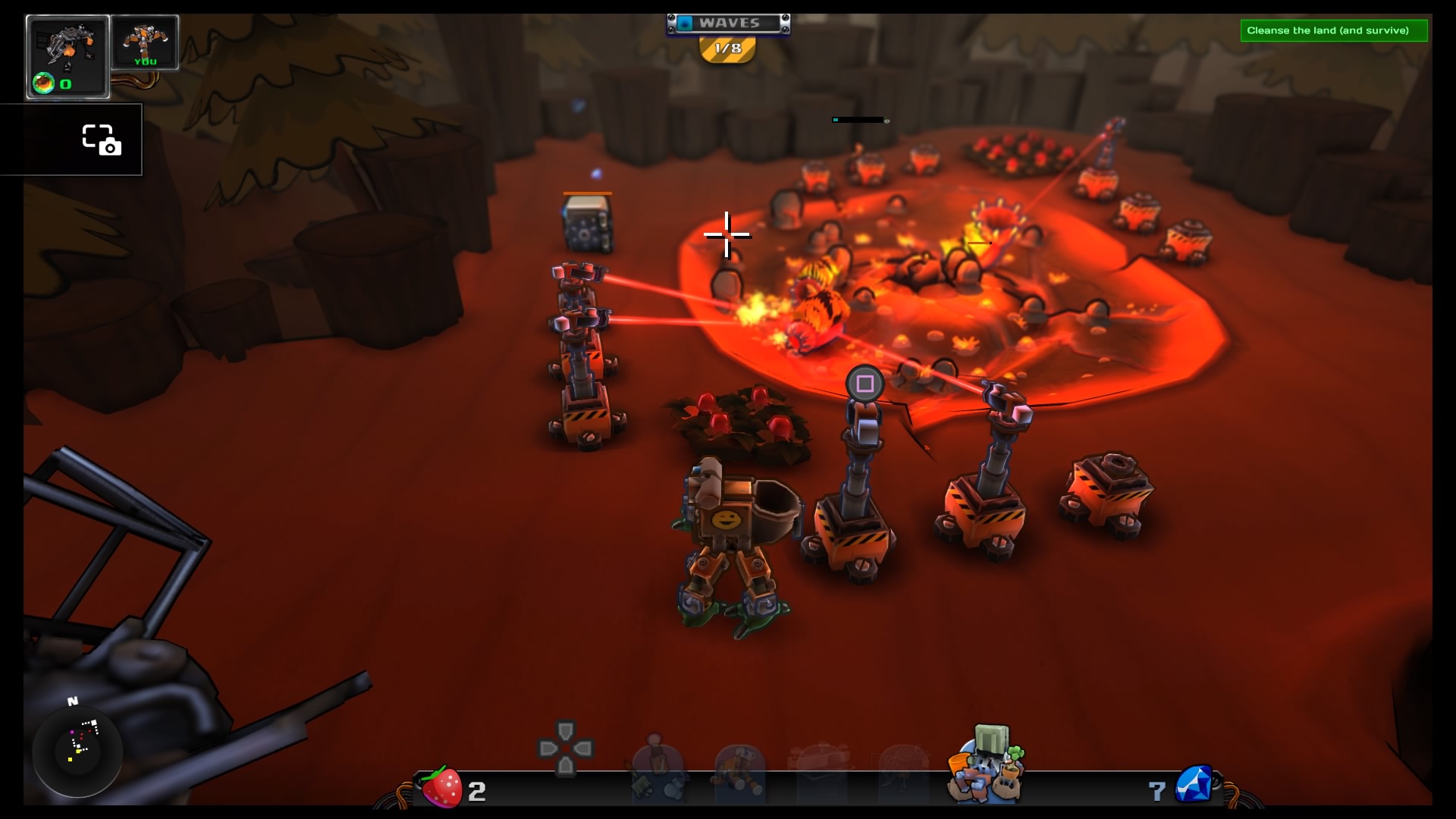 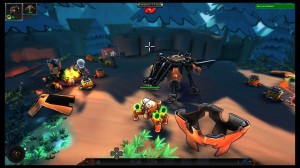 McDroid is a tower defence game from Elefantopia. After its brief heyday, that genre isn’t nearly as common as it used to be and part of the reason is that it really has been refined to hell. Also, it’s a genre that doesn’t support ‘free to play’ very well as balance is everything when it comes to these games.  So ultimately it doesn’t really fit in with the current mobile gaming scene (despite being perfectly suited to touch screen controls).

So, the problem here is finding a niche for McDroid to sit in. GeoDefense is still the best of breed (even if it is staggeringly difficult), The Creeps is probably the best ‘casual’ effort out there, Plants Vs. Zombies is probably the most fun and Defense Grid is maybe the best looking.

The game’s thin plot (it’s a tower defence game so that’s not a criticism at all) is that you control the droid and you’ve returned from space to your home planet to find it ravaged by an evil corporation. Your job is to rejuvenate the local environment with the help of your spaceship (named Shuttle).

To do this you have to fight off waves of beasties as they come to attack Shuttle. You do this by putting down turrets and hoping you put out enough damage before the incoming horde start knocking at Shuttle’s door. Standard tower defence. 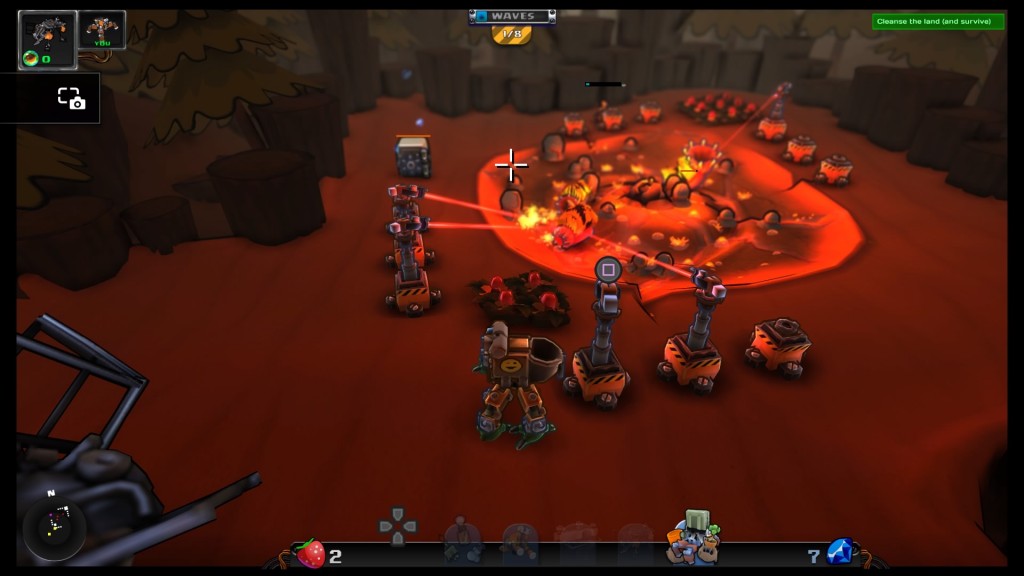 As ever, there is a resource cost to turrets. They cost… strawberries. You grow strawberries by planting seeds, a’la Plants Vs. Zombies, and then harvest them when they pop out of the ground. You then take them back to Shuttle to bank them. This is one of two currencies in the game.

The other is diamonds. You earn these on the battlefield and these pay for upgrades from the research centre. However, upgrades need to be unlocked by finding blueprints on levels. So there are a few layers of complexity there.

So, here’s the problem. The best tower defense games share something in common with all the best strategy games. They don’t let the visuals get in the way of the gameplay. McDroid however is a bit of a mess visually.

The game has a latter-day Command and Conquer 3D viewpoint and a Borderlands aesthetic (it uses cell-shading and is set in some rugged environments). It’s not the clearest view though.

Aside from the 3D view point you also have to contend with the fact that it’s very hard to identify the key points on each map. One of the early maps has just a few turret points on it (as in places where you can place a turret) and most of these are being damaged by lava from the environment. You can place a tree or plant there to make those points safe but then you’ve still got to figure out where the seeds and strawberry patches are, where the enemies are (and where they want to go), where anything is spawning from and then on top of that levels can suddenly sprout volcanoes at certain points.

It’s just such a mess visually, you almost have to decode the screen before you can make your decisions. When you consider the elegance of GeoDefense and Plants Vs. Zombies, this is a bit horrible to look at and play.

The game also does a horrendous job of explaining things to you. There’s a quick tutorial (which is a little hard to follow because of how bad the visuals are) and then you just get new things introduced as you go, often with little signposts which barely tell you anything and when you zoom in all the detail is lost.  It’s such a weird inclusion in the game.

There’s a lot going on at any time in this game and your droid can remain passive or get active. That is to say, you can pick up a turret and run around with it. It will auto-target enemies or you can aim if you need to. Your droid will automatically repair turrets or Shuttle (who is the thing you are defending) if you stand near enough to them. 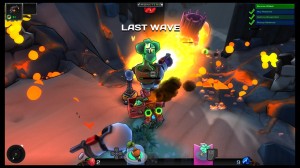 The versatility often narrows down to standing next to your base hoping that you and it survive long enough for the last enemy to get destroyed and that’s kind of the problem. There’s a lot of waiting around in this game and when it is time to spring into action, there’s not enough clear information on screen to tell you where to focus your attention. It’s also not that clear how some of your units work and so in the end it’s all just a bit confusing.

This is a genre I quite like (The Creeps is currently occupying my iOS gaming time and that’s as classical a TD game as you can get) but this one is an odd mix of faffy (in terms of how much there is to do) but simple (in terms of the level layouts) and the visuals cripple it way more than they should.  In the end, it just isn’t that much fun and it’s not that satisfying to play.

McDroid
4 Overall
Pros
+ Offers a tough challenge for TD veterans
Cons
- Unhelpful visuals - Limited gameplay - Confusing to play
Summary
McDroid doesn't really work. The visuals get in the way and the whole thing is pretty confusing. A clear case of what happens when you take a simple genre and fuck with it.